Living in a home that’s still holding on to more than an average share of hand tools, it’s hard to resist that urge to pick them up and to make something. This one will feature as a YouTube video at some point but I’d like to share some photos with you now. 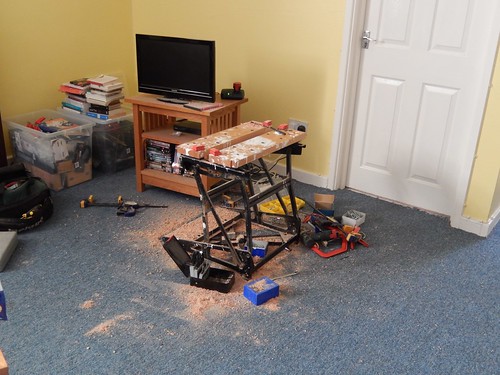 You may remember that I purchased a portable TecTake washer/dryer back in March and one of my goals since has been to make this compact unit fully portable. So, what I’ve gone and done is I’ve mounted it on wheels! 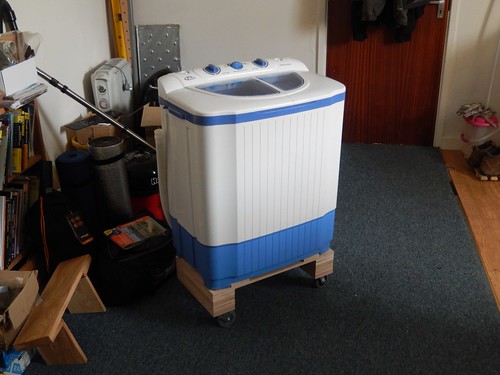 This now allows me to wheel it in to the bathroom and to empty all of the waste water in to the shower in a single action. Until now, I’ve been draining the tank by the bucket-load until it was light enough to be man-handle up and in to the shower for those final droplets. 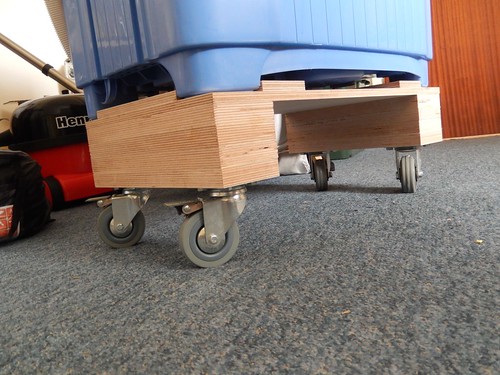 Two of the swivel castors are braked so that I can run the unit without it drifting across the kitchen floor during a spin cycle! I ended up embedding some 30mm x M8 hex-bolts inside those blocks of birch ply. This meant drilling very deep 25mm diameter holes with a 9.6v drill and a rather dull spade bit… It took two evenings and accounts for the mess in the first photo! On reflection, I wish I’d just used coach screws! 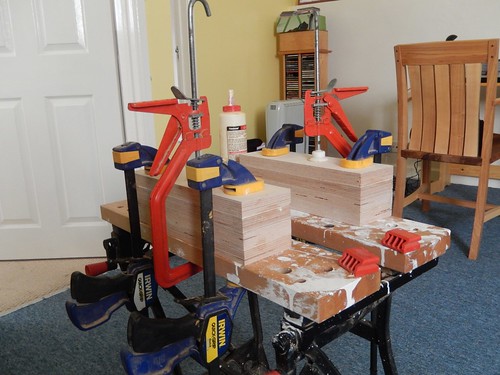 When the video is uploaded (probably in a few weeks’ time), it’ll end with a reference towards finishing the mobile base/trolley with coats of a water-based varnish for protection… But upon realising that I only have enough lacquer left to do another job, I decided instead to paint this one white! 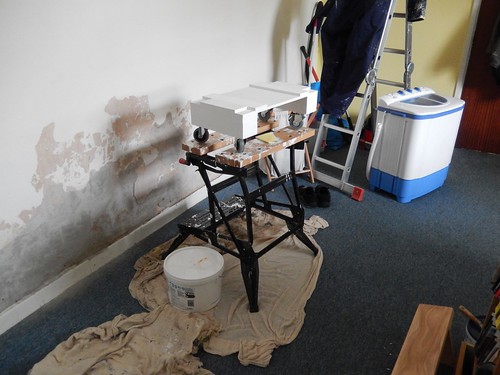 I’ll tell you about the wall another time. For now, thanks for reading!

2 thoughts on “Washer/Dryer on Wheels”