So, I’ve been asked about fitting some kind of gate to fit on my mother’s decking. Naturally, whenever I’m asked about making something, the first question I ask myself is, ‘is this something I could make?‘. 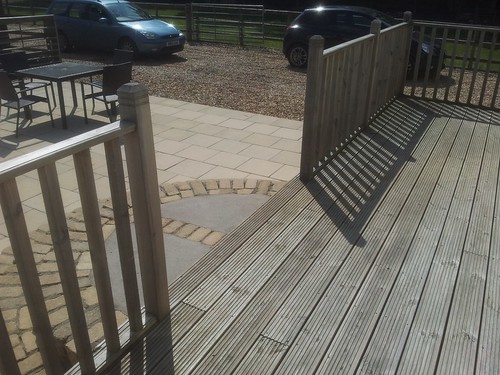 It needs to be fairly lightweight as it’ll straddle a 1710mm gap between two newell posts, which are never going to be set like a pair of anchors. ‘Cheap’ is the word that, as often, if floating around as the main cause for these gates (it’ll have to be a double with that span) is to keep the dog from running off.

This morning, I’ve been able to sit down and sketch out the idea that came to my mind in an instant:

This design resembles what’s already there. In fact, looking at it this very moment, I feel as though the meeting stiles of the twin gates could even be lowered.

In theory, it could be made from pre-manufactured decking components, with a little bit of resawing and then planing the sawn faces using some of the machinery I have available at work. But that’s if I’m (/we’re) prepared to spend about £24 on a pair of pointed posts with two grooves machined near the top! Spindles aren’t too expensive if you shop around (I think the existing have stopped chamfers) and the rails could just be be PAR pine, with a round over on the top edge for comfort.

I currently envisage screwing the lot together with exterior-grade pocket screws.

My only thought then is whether it all needs to be flush on the back for the ease of mounting with T-hinges… And then, would it be better for these gates to swing in behind the existing balustrade or should they open out in front? 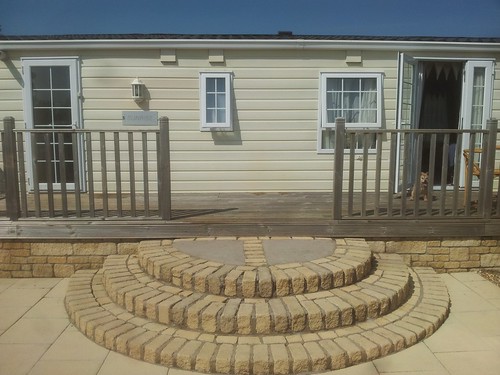 To counteract the threat of sagging, I could add a diagonal brace (as obscure as it may seem) but it’s highly probable that only one gate will be opened frequently. Therefore, the other could be locked in place with a drop-bolt and a horizontal bolt could be used to close one against the other.

Looking around, I haven’t found anything ready-made that would do the job and, of course, when you’re dealing with a gate (unlike most interior doors), it’s often rare to find an item off-the-shelf that would fit without further amendment. 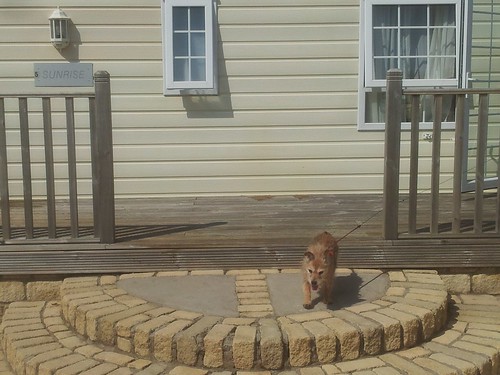 Whatever is decided, poor little Katie can’t stay on her lead forever!