After an undeniable absence following on from my birthday cake at the end of March, I returned to world of baking last Thursday, with a day off work as my car sat in a local garage awaiting its MOT test (and inevitable failure). This time, I was going to bake some brioche rolls or loaves. Brioche is a product that looks very appetising but it’s not something I could remember having tasted before. I bought the ingredients for this not long after making my chocolate cake so it would be very hard for me to state that I was unprepared for this in any way! 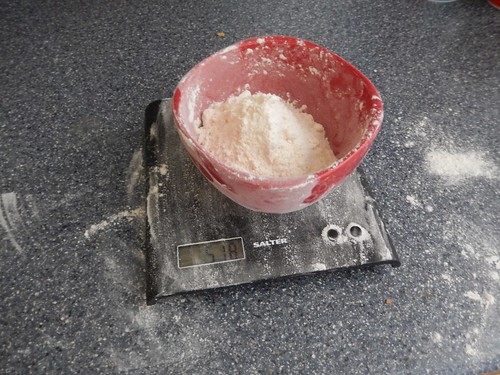 You can find the recipe for this one inside Bread Revolution

and therefore, I’m not going to disclose too many details on this page.

With all ingredients laid out on my worktop, I first moved to my scales, where I could weigh out the flour. At just over halfway, I realised that 500g of flour was making more of a mess than any discernible reading and then, I remembered my past trick about using a bowl to collect – weigh the empty bowl first and then subtract that measurement! 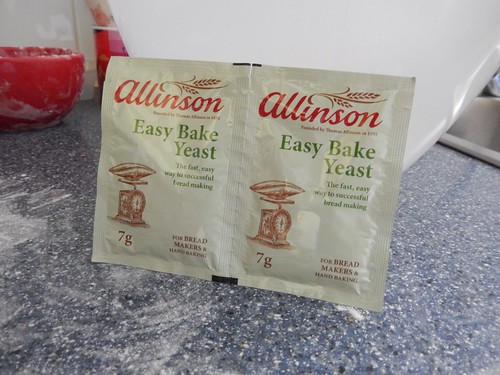 I stumbled again upon reaching for my supply of yeast, as I wasn’t sure what ratio of ‘easy bake‘ yeast would be required when the recipe only referred to fast-acting and one other kind. Even using my best judgement(!), I then made the mistake of pouring the contents directly in to my flour-mix when instead, I should’ve first dissolved the yeast in a separate bowl of water!

My best attempts to rescue said granules ultimately left some undissolved within the dough mix. I then added the remainder of my second packet, which could account for something that happens later on…

But the mixing that came before that would prove to be my greatest obstacle within this experiment. 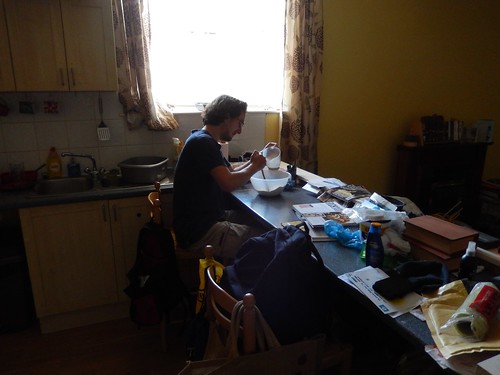 They forewarn you that this stage requires a good 10 minutes of mixing, for which the use of a mixer and dough hook is advisable… I had neither and made a mountain of work for myself with a wooden spoon! I then switched to a simple fork (which I assumed would allow the sticky, thickening substance to pass through and stir more easily) but I soon regretted not having bought a mixer. Sitting down… Holding the bowl between my knees… Nothing took away from the strain within my arms (it’s tougher than cake). 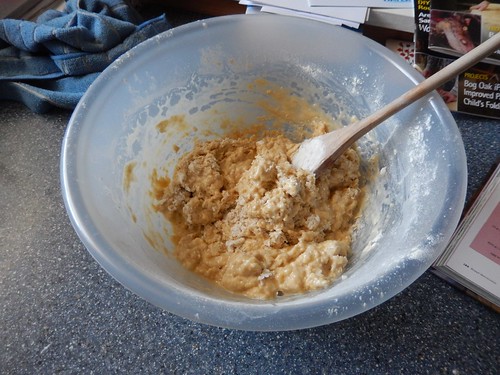 If anyone has any advice on what to look for in a ‘mixer’ then please do leave a comment. There are other items I’d like to bake fairly soon. If not for other recent expenses, I might have already bought something but I fear wasting my money on a dirt-cheap unit. 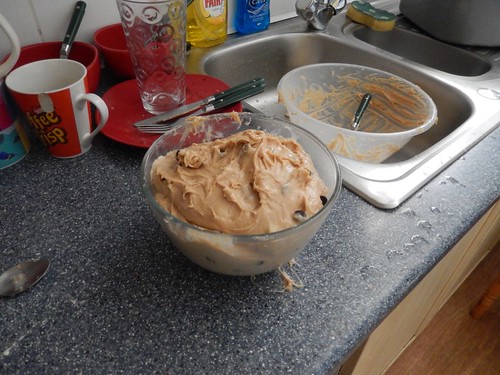 After more strife and adding half-a-dozen eggs to the bowl, I decided to canter it out in to a clean bowl. You’re supposed to be at a stage in the mix where the dough is just beginning to come away from the sides of the bowl… It was one of those situations where I looked around the kitchen in hope of finding someone who could offer a second opinion […No-one] but I thought it was good enough.

Next came the first stage of proofing, where the allow the mix to rise naturally under cover and within the conditions of the surrounding room temperature. 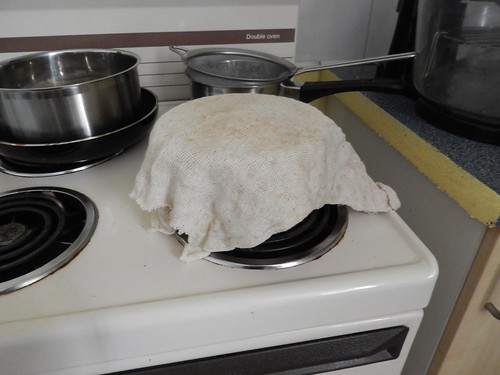 They recommend the use of a dampened cloth and in other illustrations throughout the book, I noticed what appeared to be your typical stockinette roll. As I happened to have 2 unopened rolls in my nearby ‘DIY box’, I gave it a try and it seemed to highly apt for this purpose.

Then, after one hour, I spotted this: 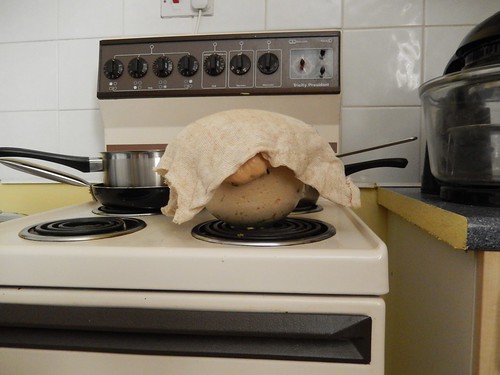 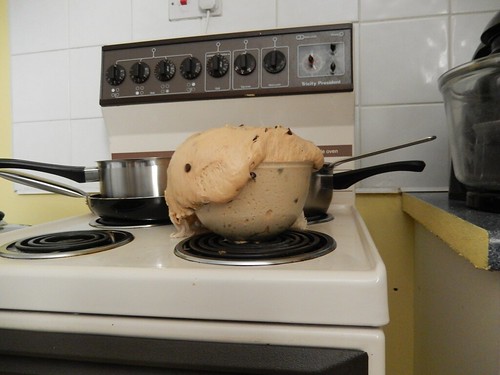 While it is entirely possible that I overcompensated with the added quantity yeast, it’s also worth pointing out that the glass bowl above is barely half the size of my mixing bowl – this one prominently lives in the fridge, filled with a small amount of water to keep my lettuce green and moist. In future though, I shall have to invest in a second mixing bowl – lesson learned! 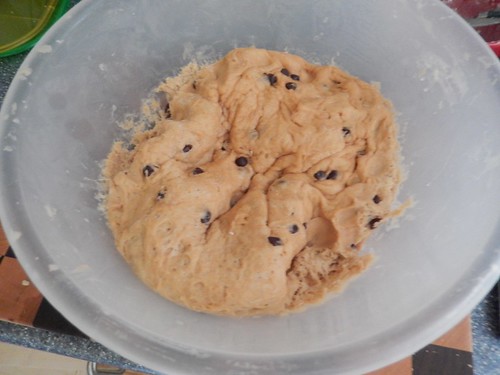 In a race to scrub my mixing bowl all shiny and clean, it wasn’t too much of an effort to decanter the mix (including dark chocolate drops) back in to the more-suitably sized bowl. 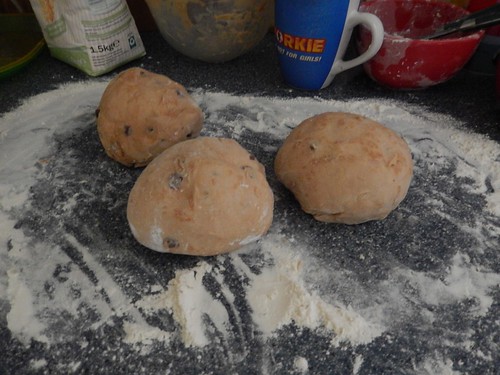 This was where I had to do some rolling and kneading – my first for many, many years. This recipe is apparently for two loaves (or one large single) but, following the text, they advise you to divide the mix in to thirds… Elsewhere in the book, they imply that it isn’t at all necessary to roll over a floured surface and yet, within the very recipe I was following, that’s exactly what they instruct you to do… Confusing! 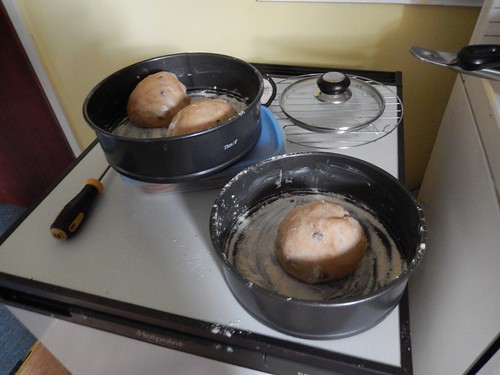 Then, it was time for the second stage of proofing (again, with the damp cloth cover). I decided to use my cake tins as I had nothing else of a suitable size. 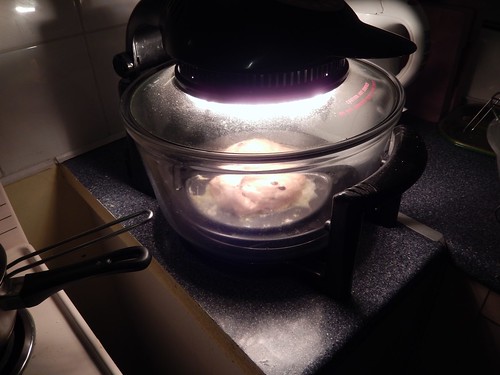 In the oven later, I knocked 20% off the suggested cooking times as I was using a halogen oven and that advice is typically recommended. 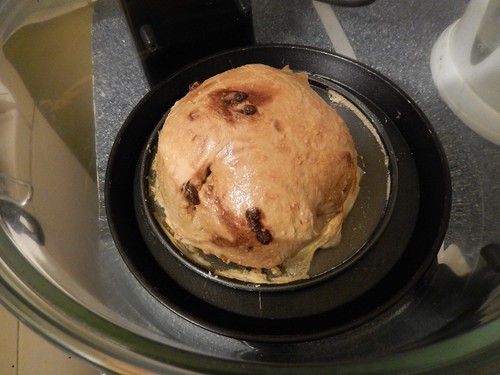 With my lowest rack fitted in the oven, I found the loaves cooked well (one at a time) and that the egg-wash glaze came out very well too. 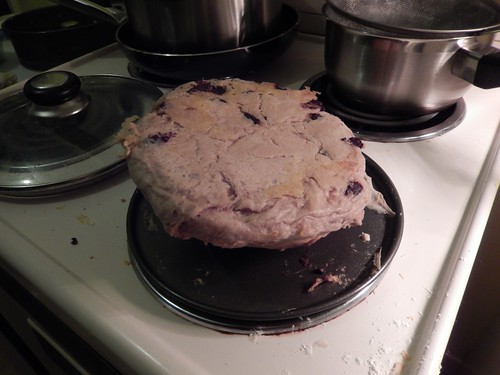 But the undersides didn’t seem to cook as well as the tops… Maybe that’s because they weren’t glazed in the same way? I was concerned that the heat wasn’t getting underneath and so I then baked the next one with the taller rack, which also raised the dough closer to the heat source… To be honest, it didn’t make any notable difference.

Fresh from the oven, I left the loaves a while to allow them to cool down (you wouldn’t eat hot bread, right?) before wrapping each in cling film. 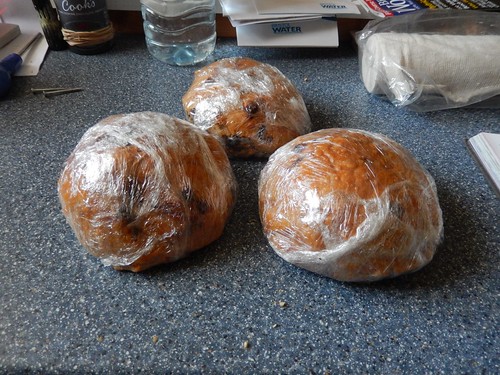 In conclusion, I’m quite pleased that I was able to create something that physically resembles brioche and so closely as well. Three loaves were more than I could handle alone (hence the shrink-wrapping) but they seemed to begin to ‘harden’ within the first 24 hours (as fresh bakery often does). My first walk accompanied me on a Summer Solstice evening walk up to the Mendips (which I’ll write about soon). Aside from the very beer-like taste [again, too much yeast?] I was pleased with the texture and consistency of the dough. It certainly wasn’t as dry as I had feared it might have been. 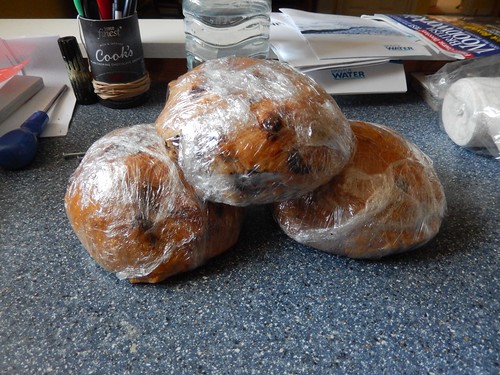 Thanks for reading. Sorry, I didn’t save you a crumb! 😉 There will be more to come from my kitchen in future blog posts.