Having already led three walks for the local walking group this year, I’m determined now to make it up to five before the year’s out. I’ve known for a while that I want to make No.4 an exploration of the Quantocks (which is fast becoming a second home to me, not too far south from the Mendips) but to try and fit it all in to one walk would be extensive… So, I’ll more than likely include a second walk for people to discover the southern parts of the hills.

Yesterday, after a fortnight’s worth of evenings planning and tinkering with the route, it was time to pre-walk it.

It began in a similar vain to the Northern stretch of the Greenway that I completed back in April, with an early ascent up Woodlands Hill. This time, I continued to climb from there and soon made it to the summit of Dowsborough hill fort. 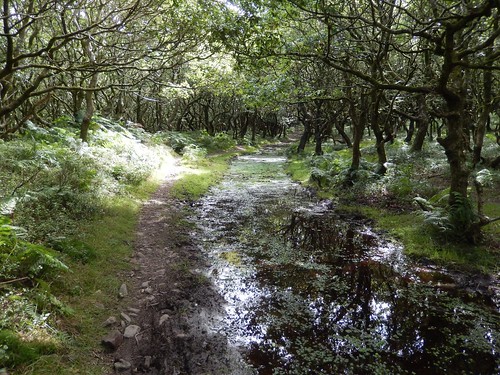 Where I had previously read that it was vastly overgrown on top, I feared I would find a lot of long grass and unkempt vegetation. But, as you can see above; there are shady trees to discard any landscape views and a surprising amount of water (which inadvertently houses a swarm of flies). 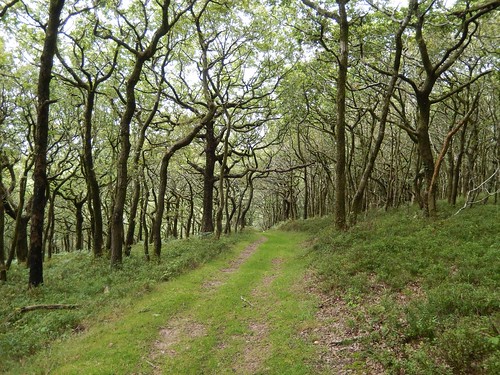 Finding my way down over the northern side of this hill was going to provide a bit of a challenge as I noticed an abundance of junctions threatening to draw me away from the main path… In times of uncertainty, I find it pays to trust yourself and to think rationally about where the next one appears to be man-made or whether it’s strewn from the strides of wild animals…

I’m proud to say that I got it right first time and I was soon on my way and over the road past an area known as Great Bear. 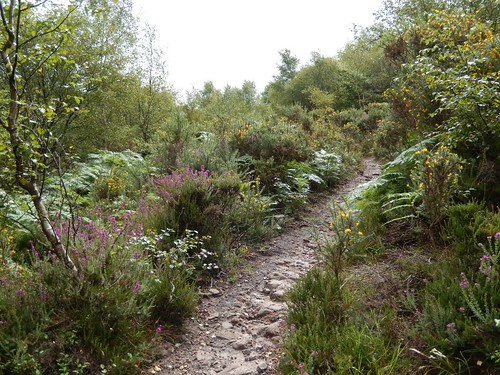 From there, I continued along a fairly level plain, narrowly skirting south of an area known as Dead Woman’s Ditch, as I marched on through Rams Combe. 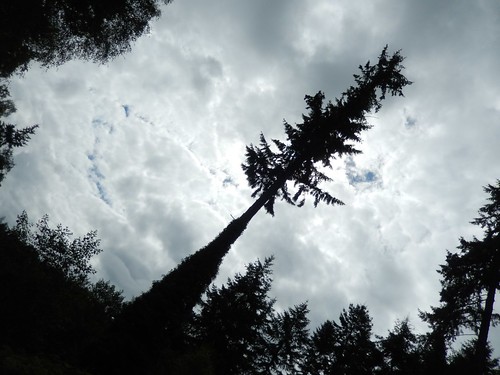 My aim with this walk is to introduce people to the area and a selection of the hills without going overkill. I too often forget that others are probably either too busy within their lives or not as obsessed with walking and hiking as I aim. So, I’ve tried to break up the steepest parts with longer sections along less threatening ground.

Ahead, I reacquaint myself with a familiar stretch of the Quantock Greenway which takes you away from Great Wood Camp and around past Quantock Lodge. But instead of again following the long and enduring incline all the way to Triscombe Stone; this time, I looped south around Pepper Hill Farm, where the path at least appeared to contour the hillside initially. 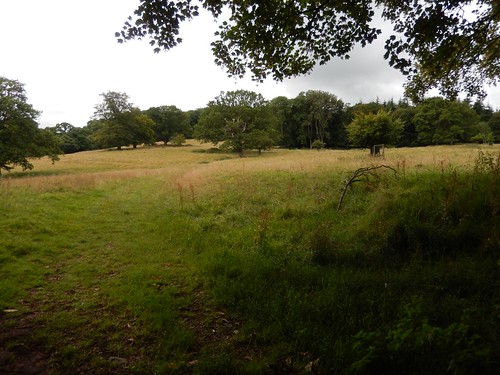 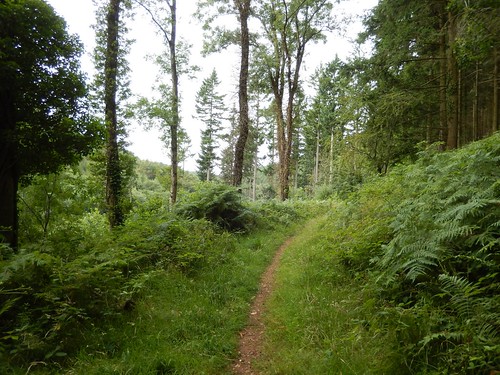 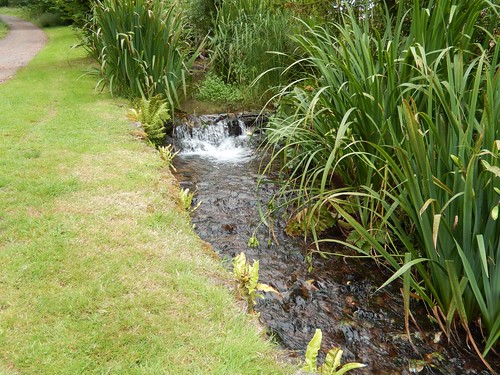 But, about halfway along, the gravel path began to rise ahead and I even passed a pair of hardy European mountain bikers resigned to plodding along on foot. 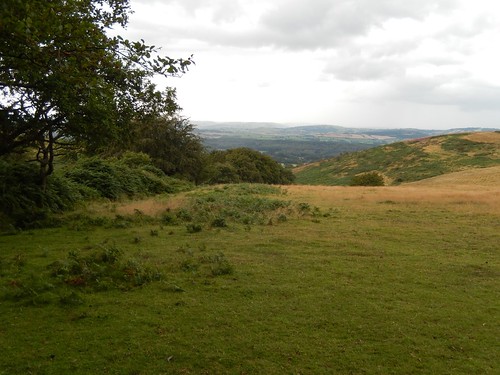 With one right turn (even steeper than what I’d trekked before), I was up and on to the track that leads directly to the top of Triscombe, where I would stop, bang on time, for a lunch break, 3 hours in.

But I wasn’t to sit alone this time, as I’d agreed to meet up with someone living locally who I’d connected with via Instagram. We spent an enjoyable hour together while also commenting on the distinct number of walkers choosing the walk the sheltered path in absence of these spectacular westerly views. 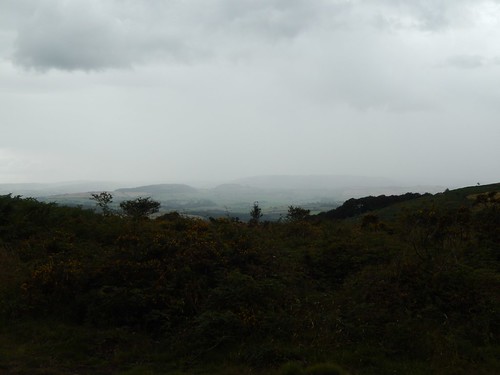 We parted in good time but with an agreement to meet again. A storm had already begun to cloud over Exmoor and it soon became apparent that it would continue east. One of us would get a bit wet… 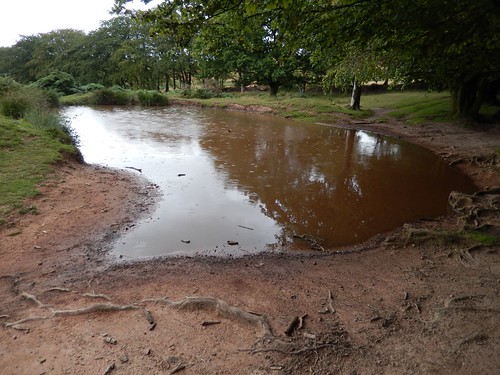 Passing Crowcombe Park Gate, my next destination was the trig point atop Black Hill, just a little further to the north.

I was taken in by the vibrancy and warmth of all the colours of the hills on this day. We did a school geography trip here too many years ago but I couldn’t remember this and, back in April, I can only recall the greens and browns.

Beyond the trig I turned west to meet with Halsway Post: 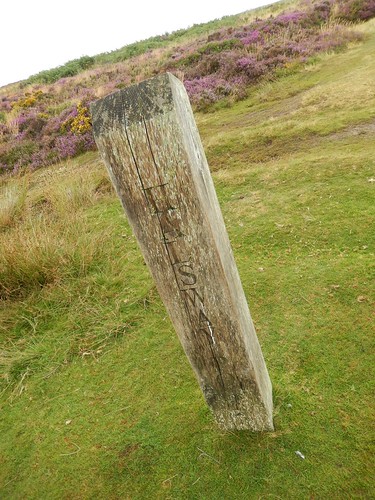 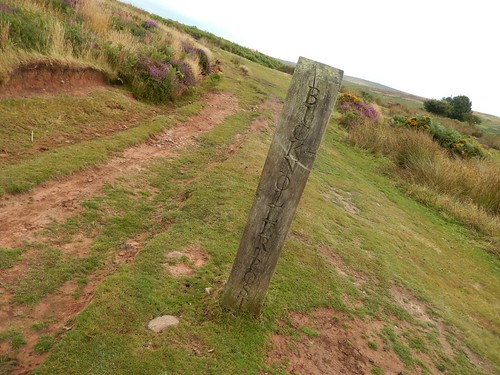 I’ve tried Googling for information on these but I’m to discover why exactly they’re here… For now, I can only assume it’s for orienteering and triangulation means. It was at Bicknoller Post where I encountered a small family of weekend walkers, only for us to encounter each other twice more a little further along! 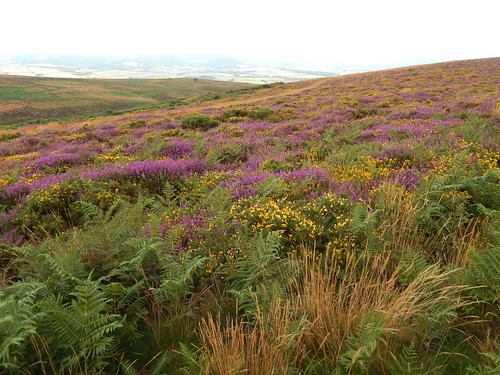 Another comment shared with my new friend was about how we only ever see older [I’m being kind, here] ramblers out climbing hills in the countryside. We’re both a shade under 30 and so, anyone over the age of 35 can be considered as a recent retire-ee…

I listened to the group above talk about how they would come up to Beacon Hill and watch the firework displays from as far as Weston-super-Mare and even north to Cardiff. Also how, back at the start of this year with all its torrential flooding; they could look east beyond the coastline to see a new-born river command its way along the Somerset Levels.

Beacon Hill is where I was on my first walk down on the Quantocks. Without an OS map, I seemed to assume I was somewhere else on that occasion. 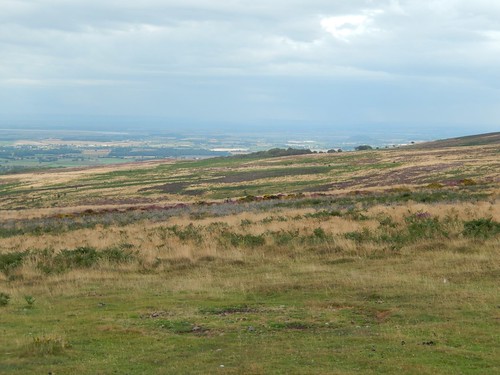 This would be the final high point of the walk. Last time, I continued east along the ridge and dropped down directly beside the car park. This time, I chose to head north a few more footsteps before taking a clearly waymarked sign for Smith’s Combe: 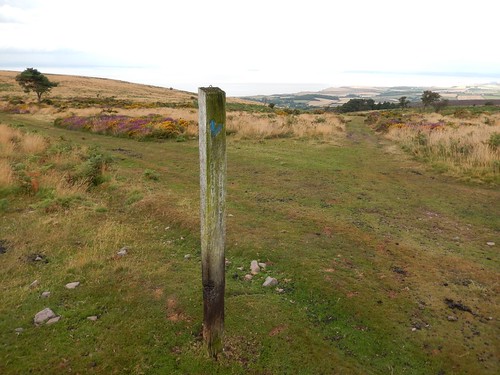 This would then appear to allow me to contour the northern but lower edge of the hills, back around to my start point in Holford. 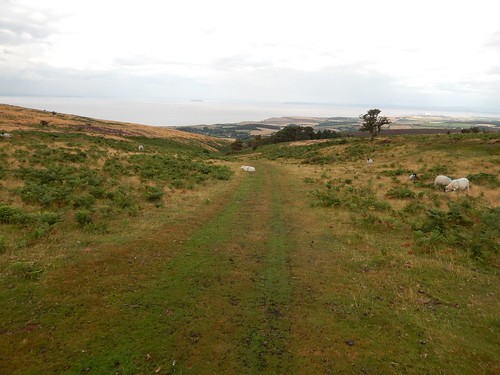 See those people up ahead in the next photo? It would become my third encounter with the same family! 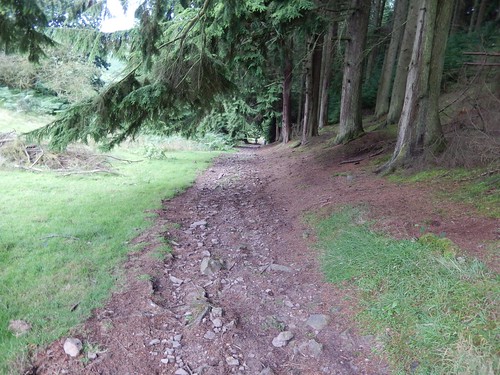 Smith’s Combe, perhaps like the others in the area, is one where you’re more than likely to find water beneath your feet. 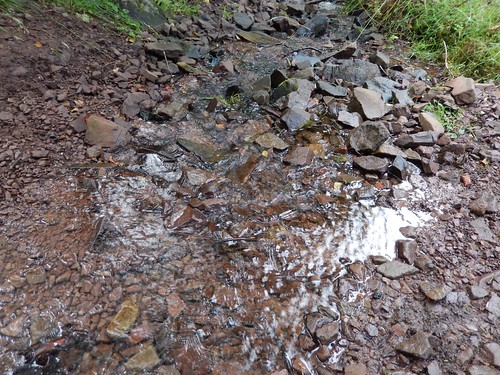 For an eastward path that appeared to lie relatively low along the northern edge of the hills, it came with a few unexpected ascents, albeit brief ones. There’s a chance I may re-route back to my initial ridge-top walk when I come to lead this one, especially if it’s raining at the time and people just want to get home. 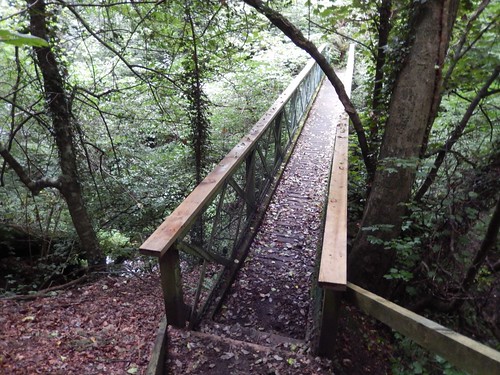 I found it hard to make perfect sense of my OS map once we (yes, I was leading a small group by this point) reached the tarmac as no roads appeared to be clearly marked on the page; all I could apparently see where more footpaths. Looking back, it makes sense now and there were certainly other ‘roads’ on the way to Triscombe. But I used my brain and this bridge to cross over the river and, what do you know, the car park wasn’t far away at all. 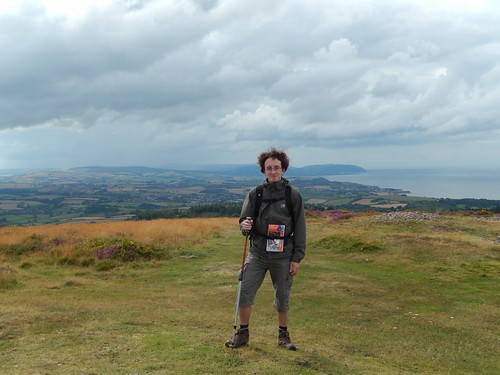 So, I’ll be down again soon to lead this one and, after that, I plan to devise a route around the southern hills I won’t be touching this time around. This one should come in at about 15 miles, which I feel is a good length without being over the top for a one-hour drive south from Bristol. I’m also looking to lead it on a Saturday, which should appease people often concerned by the frequent threat of Monday mornings.

As much as I am falling in love with the Quantocks, I’m setting my sights on a proper exploration of Exmoor for 2015.

Thank you for reading!

4 thoughts on “My Second Home”