Since repainting my living room in Dulux’s lemon tropics over the summer, I’ve woken up in bed most mornings with the thought of what to do about my ever-pale bedroom. Since I moved in, it’s been white and in the winter months, the room feels extra cold. 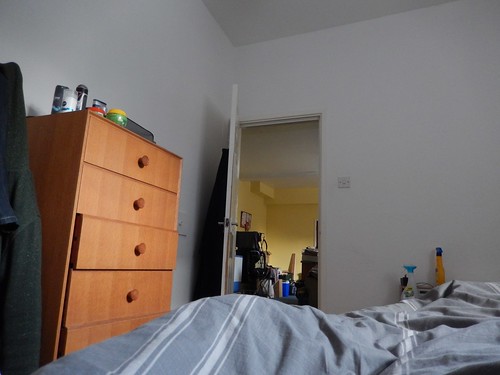 Last weekend – in fact, several weeks after buying the paint for this re-decoration (B&Q sale) – I decided to get my brush and roller out again.

It took longer than expected to clear the space – it is so easy to forget about the things we hide within the deepest and darkest corners. 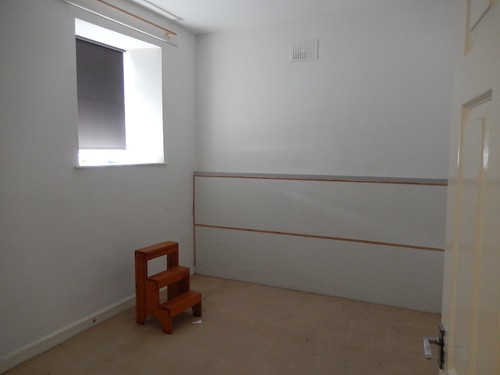 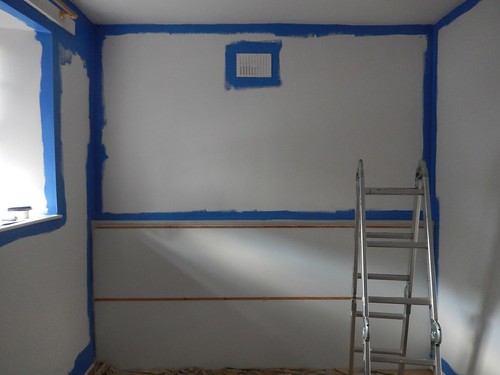 Not only is this room less than half the size of my living space but I was fortunate to have one wall surface partly concealed behind a boarding of white chipboard – which I can only presume is hiding some symptoms of rising damp, as evident in other parts of the property. 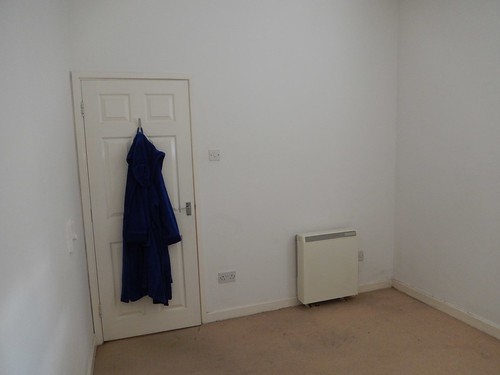 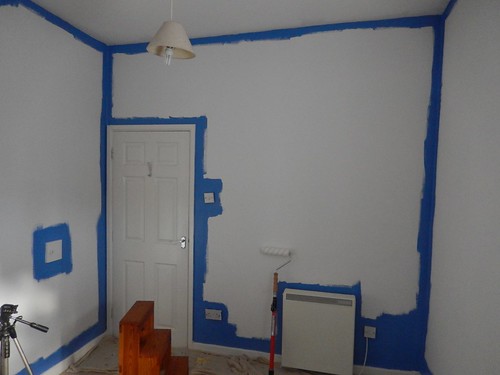 This wasn’t to be my best attempt at cutting in. I now expect to hit the ceiling a few times with the roller but this time, I caught it plainly with the brush I used around the edges. 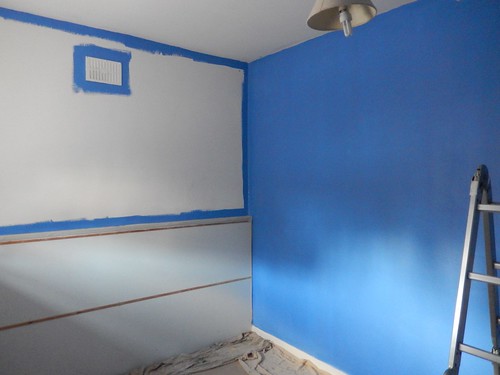 I chose another Dulux shade for this, with the landlord’s consent: sea blue. I hadn’t previously thought of blue of being a particularly warm colour but really, almost anything is an improvement over white (except magnolia, of course…).

At the end of day 1 (a Friday afternoon, no less), I had to throw my bed back in temporarily so that I could get some sleep that night – I’ve somehow misplaced the photos of my living room at that time but it’s fair to say that the settee was inaccessible! In the end, I quite liked the minimalist-look with just a bed and side table in situ.

I’d hoped to finish this room in a single coat but I wasn’t at all satisfied with my obsessive ‘over-rolling’ in certain areas. I then left it a day before completing the job on Sunday.

I also used short-pile rollers for this, after reading online somewhere that they were ideal for emulsion paint. However, they weren’t available locally and still cost a fraction more than the medium-pile rollers I used last time. I couldn’t see much of a different, if anything, although the fact that I was re-coating a frequently uneven series of walls may have something to do with that.

It does look rather ocean-like under natural daylight but in the evening it takes on more of a violet hue, which I really like (this is probably mostly due to the lighting). 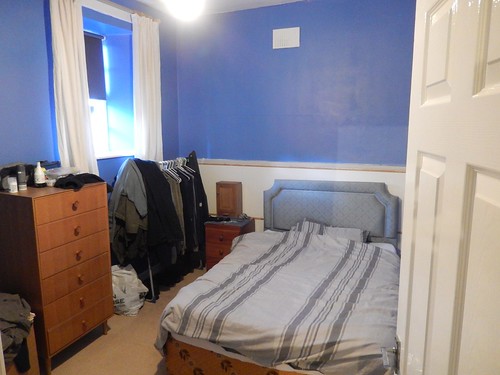 I’m going for a slightly different arrangement this time around, with my close running down the opposite wall (maybe even adding a little insulation from the window’s cold) and my bed closer to the wall that divides the bathroom. 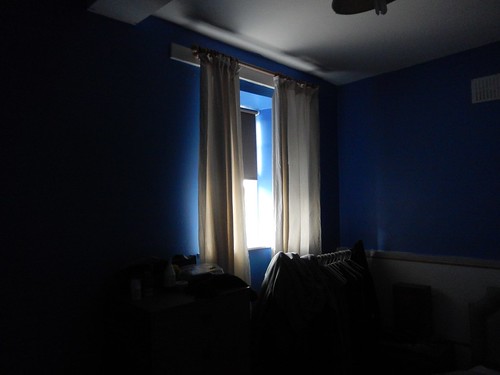 I may well change the curtains, which were in place when I arrived. They’re fairly heavy but they let too much light in. I’m also thinking of looking for a (second-hand) bedside table with more of a ‘lighter’ leg-based design. I do not need all three of those drawers. 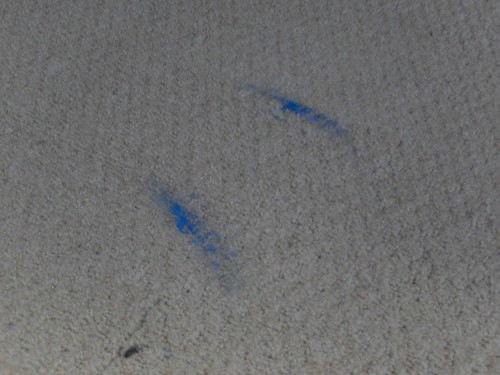 I managed to get some paint on the carpet (I reckon I stepped in it, first) but later discovered that WD-40 is an excellent product for cleaning, even after the emulsion paint has set hard. Anything that hit the skirting washed off easily with a damp cloth.

Again, this is one of those improvements that allows me to sit back and appreciate my achievement. With every waking morning and the close of each day as I return to the comfort of my bed.