A couple more recent recipes to share with you; the first of which came from the cook book that came with my halogen oven and the second came from a website dedicated to halogen oven recipes. 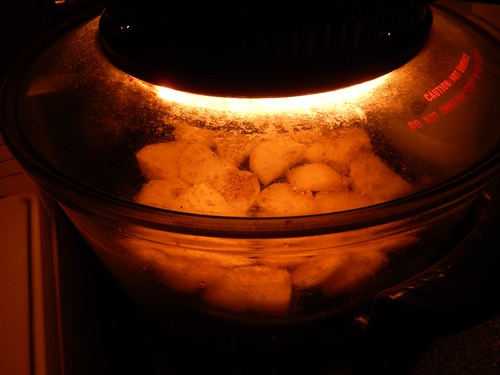 I was drawn to the recipe for potato wedges because of simplicity and for the fact that wedges can be very similar to chips! 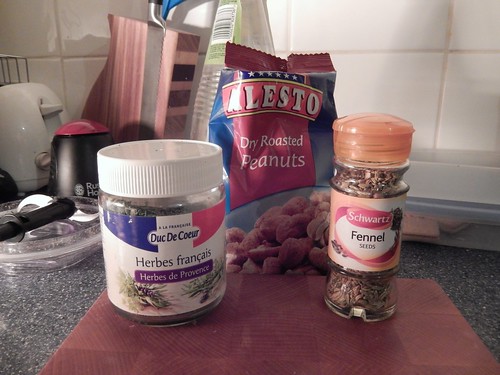 In this experiment, I got to try out a few new ingredients (I’d not even heard of fennel seeds before), which are used to coat the sliced wedges before cooking. 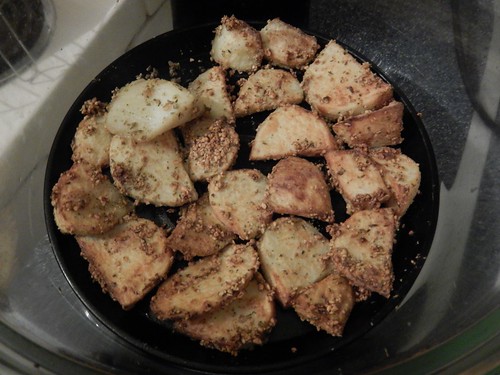 I almost certainly piled too many on to my baking tray but as I wasn’t planning on adding anything else to the meal, I literally needed all that I could cook. 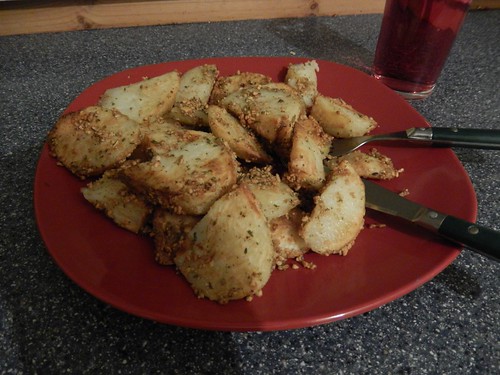 It was a positive experiment and, with the big bag of peanuts I’m still to work through, it’s become a regular staple of my diet (provided that I remember to buy the spuds). In actual fact, I’m thinking of trying it with some meat (probably chicken) next week. I’d thought about trying a jacket potato but these are much quicker to cook, I think.

On to the second meal for this update:

I found a recipe for spaghetti bolognese that was deemed appropriate for cooking in a halogen oven. 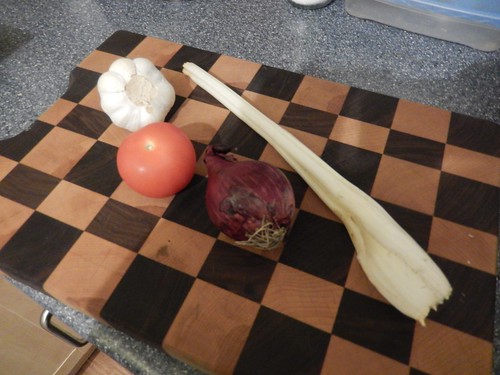 All ingredients are pretty much as you might expect and can easily be tailored to suit your own preferences. 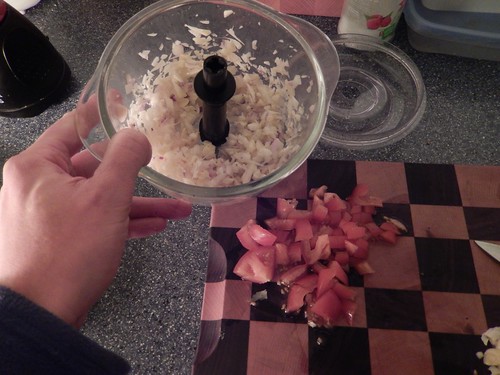 I chopped the tomatoes by hand while the chopper once again came in to its own for the rest (yes, I turn to it almost every time, now). 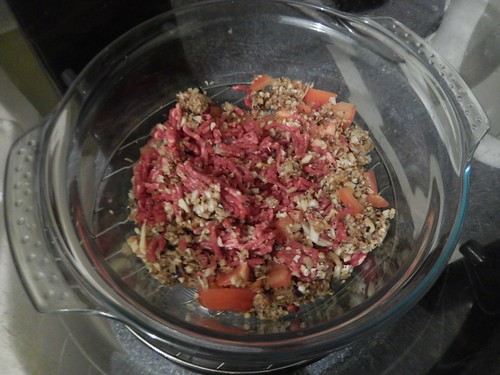 You start by cooking the mince and veg first. I was fortunate to have remembered to defrost the mince (24 hours in advance) for this attempt but on others and for similar meals, I’ve often forgotten. I’m sure there’s a way of using a halogen oven to defrost that I’m not currently aware of. 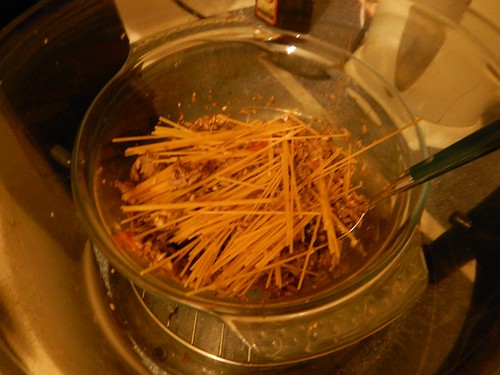 Once the meat has browned, you’re supposed to add the sauce and spaghetti (broken in two) before continuing. 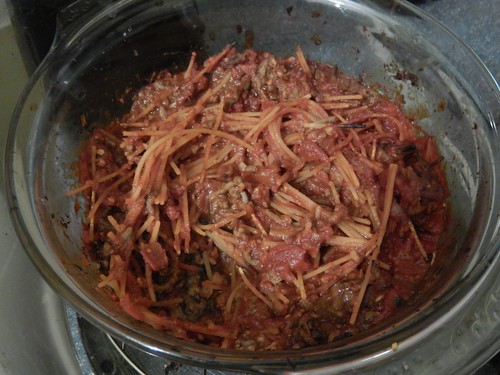 It’s important to cover the spaghetti with the sauce and I did this. I cooked for the stated time and temperature and yet, I wasn’t happy with the ‘ready meal-like quality‘ to the ‘tough and chewy’ pasta, even though the meat and veg were very nicely done. 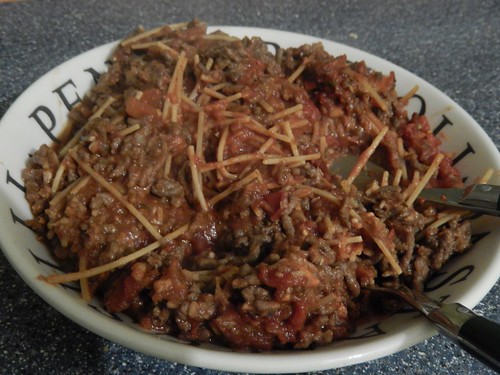 Since then, I’ve resorted to boiling the pasta in a pan of salted water while I still enjoy doing the rest in the oven (the best of both worlds). Now, I just need to work on reducing the portions, ever so slightly!!

One final tip for grilling meat that I’ve picked up: 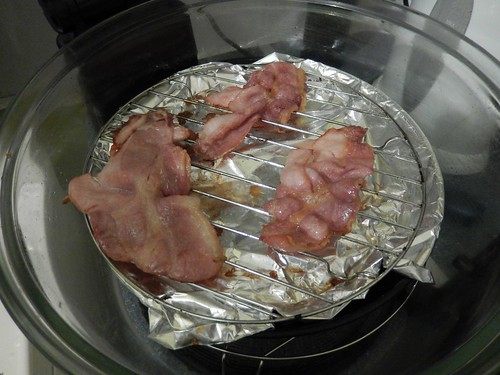 With bacon, for example; I place the high rack in the oven, on top of that I add the baking tray and then the low rack, so that the meat is closest to the heating element. The rack prevents the bacon from sitting in its own fat and grease (making it slightly healthier) and, on top of the baking tray, I actually line it with tin foil (recyclable) that will collect the dripping fat which saves me having to scrub the baking tray too hard and keeps my drains a little clearer.