It’s taken almost a fortnight for me to write about this one; my most recent walk. It seems that dark nights (particularly with the colder weather) are less inviting for me to sit here at my laptop for an extended period, away from the comfort of the blanket that adorns my sofa… I’ve even adapted to watching rubbish on TV! Between that and the (almost complete) bathroom repairs, I’ve delayed writing about this until now. 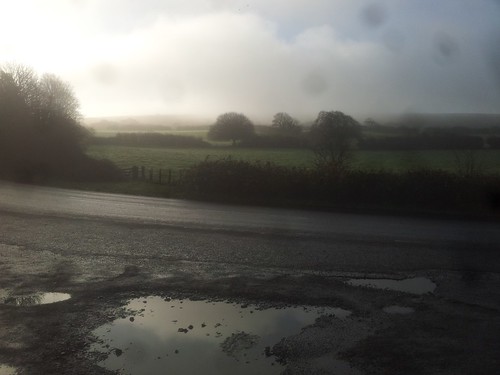 However, I can assure you this’ll be the last post to be ridden with my murky smart phone photos! My camera is back in action and so regular service quality shall soon resume.

Quite like my last; this walk was all(-most) about leaving the car at home and staying local. A short drive up to Burrington Combe and I set off, on foot, from Burrington Ham, heading towards Blagdon. Wrington had been thick with fog like I’ve not know over the past year – visibility was below 100m! Yet the combe was much clearer. It wasn’t until I set off over the brow of a hill that I realised the scene to the north. 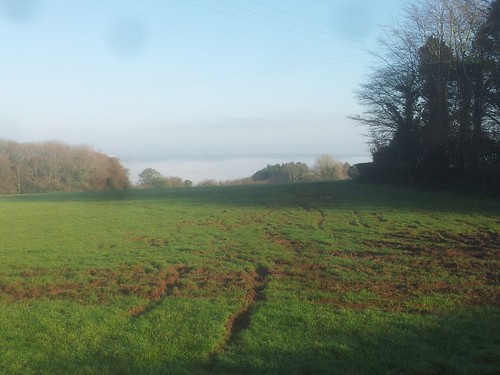 Bristol was condensed beneath an endless cloud of motionless white fog. 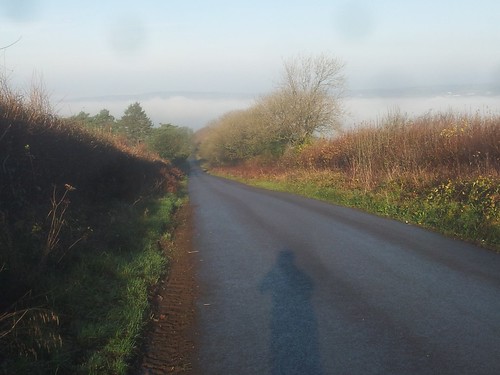 By the time I caught my initial glimpses of this, I was following the Limestone Link up a steep hill, away from Blagdon and on towards Ubley. I can only imagine how these hills may’ve appeared from the other end… If, even, they were visible at all from the city! 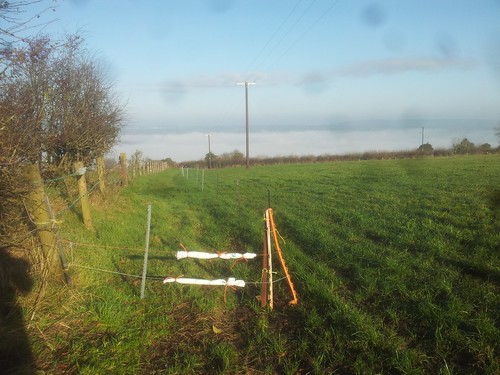 For me, it was new territory up ahead. My intention was to skirt past Ubley Warren and then to make a recognisable return to the top of Cheddar Gorge. 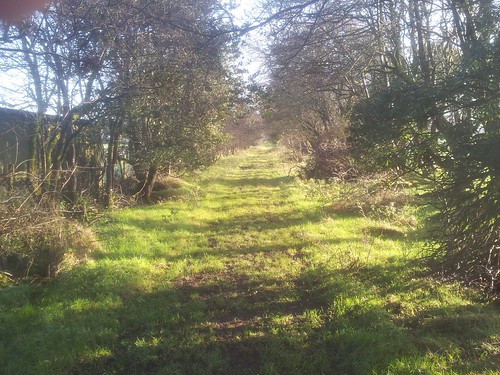 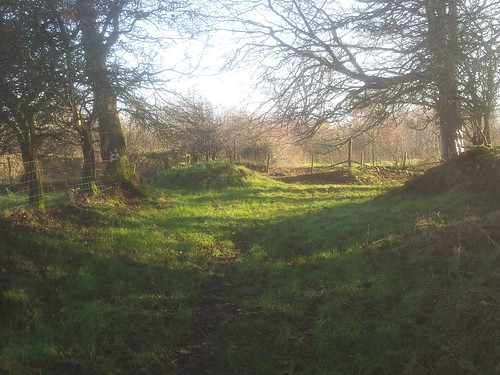 This Sunday began with a chill but, by late morning, I was able to remove my gloves and the sun continued to gradually ease its way beyond the clouds. 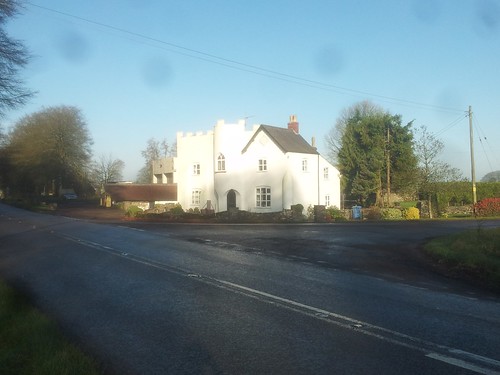 Before long, I found myself crossing over the main road (uphill from the combe) that I had started on, beside this castle-like residence that you’ve almost certainly spotted if ever you’ve driven by. 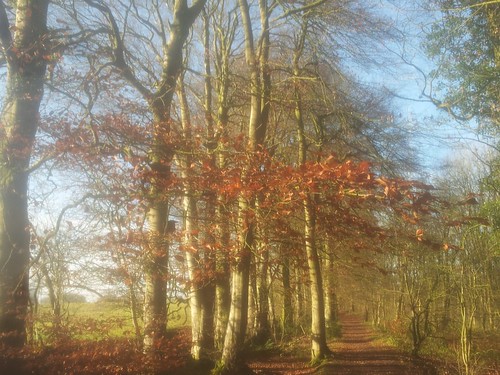 I passed through Blackmoor Nature reserve on the way towards Velvet Bottom. In spite of the chilled air, autumn was holding on to the leaves that adorned many of the trees through here.

I’m not entirely sure of how close I was to passing by Ubley Warren (the subject of a group walk I missed out on, a couple of months back) because, as you often find in these parts; the number of physical footpaths ahead of you outweigh the definite markings on an OS map. But I think I just passed the east and southern edge. 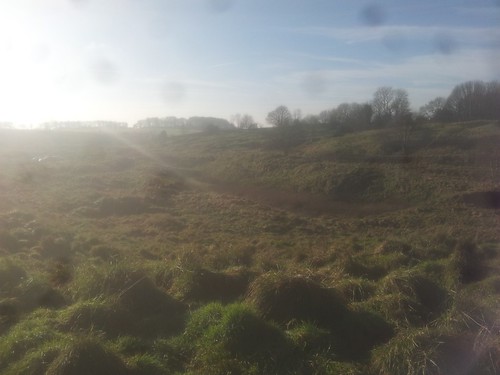 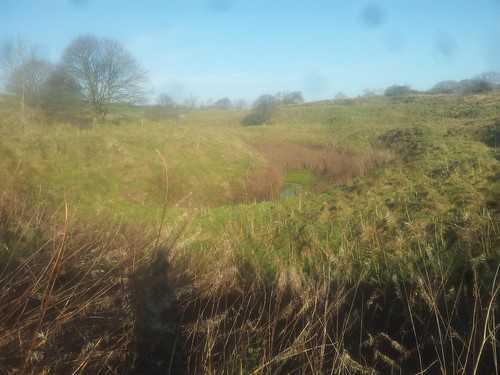 It was good to see lots of people and even small families not deterred by the early morning’s weather. The closer you get to Cheddar; the more passing faces you can expect to see. 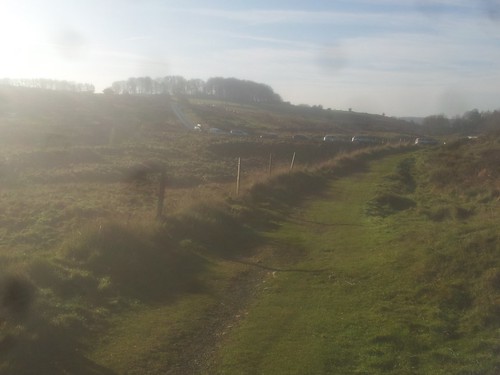 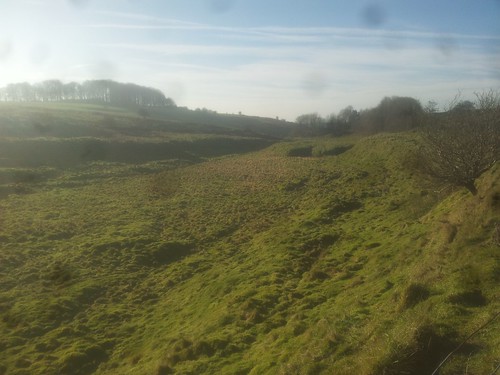 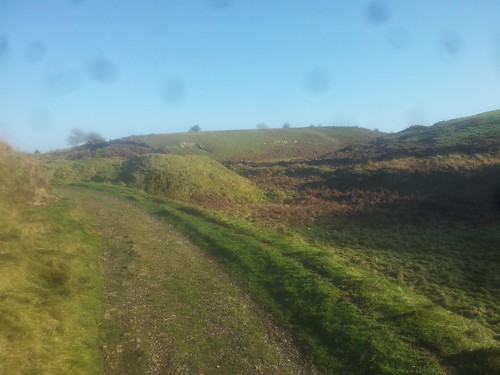 Velvet Bottom was, well… Much like I could recall it from my previous visit in… September, I think? 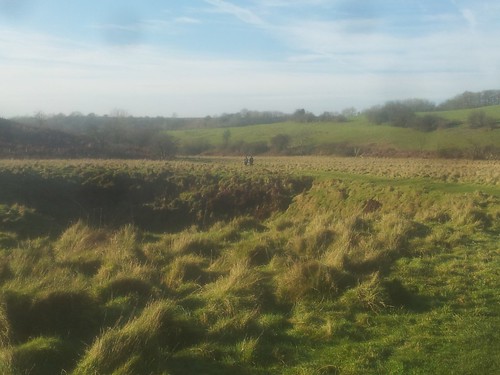 Soon enough, I was trekking that familiar, rock-ridden road on towards Black Rock. 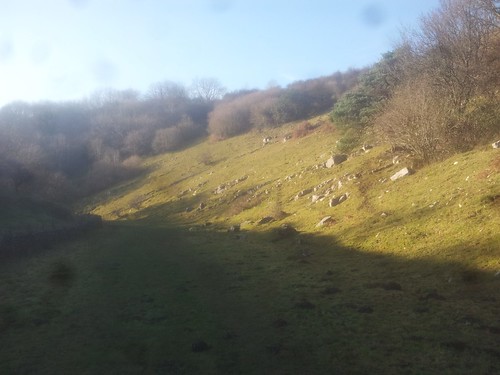 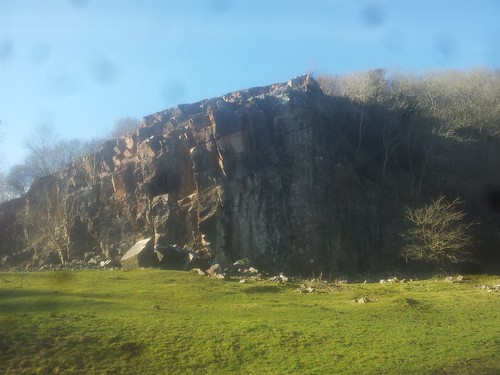 I’d not know the terrain to be so brown and boggy on any of my previous visits here. But then, it is a popular pathway for many, with a parking layby inside Cheddar Gorge only 200m away. It almost calls for the addition of a line of sleepers along one edge, on to which walkers can simply pass by without getting stuck. 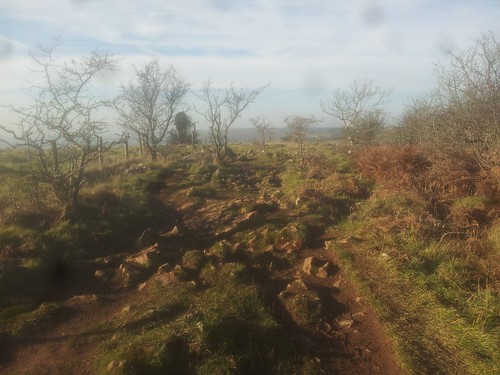 Over the road, up one side of the gorge and, despite slipping infront of a passer by, I was at the top in time for lunch. 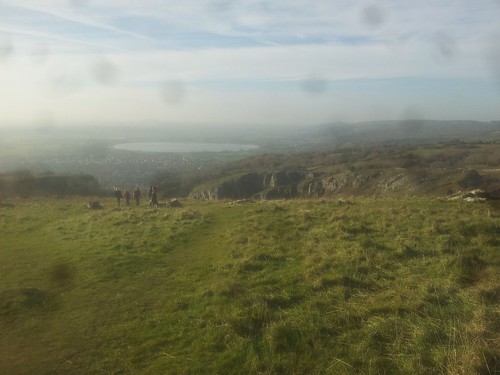 Had I not been so late in getting out of bed, I might have caught a glimpse of the fog blanketing the Somerset Levels… That was always my intention from the moment I woke up; to capture it all from the cliff tops of Cheddar Gorge.# 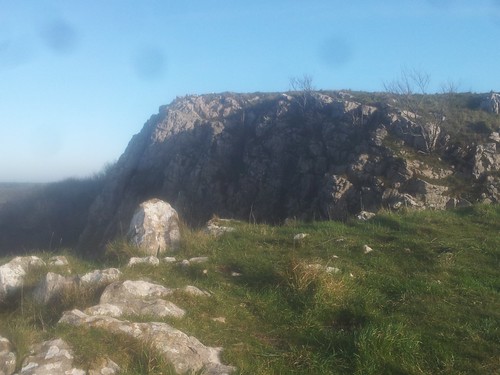 It was busy at the top, with a frequent flow of families on their way but, equally; I’ve seen it much busier on other occasions. Yet, the wind remained still at the very top. 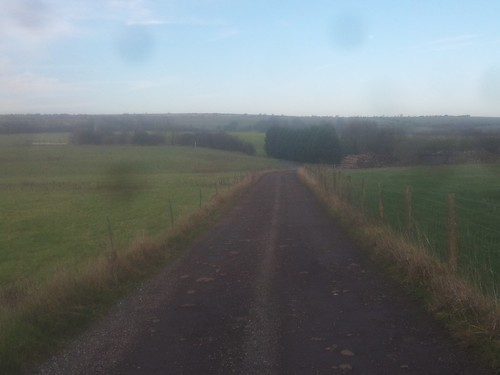 My return route (after a brief stop to avoid allowing the cold to set in) intially retraced my steps past Black Rock but from there, I took the West Mendip Way back towards Beacon Batch. 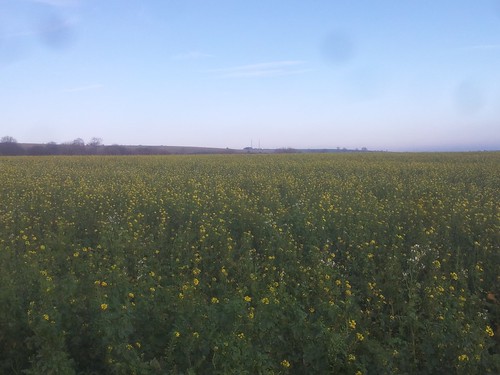 After following the tarmacked road, I’d anticipated a solid underfooting to lead back over the top and down to Burrington Ham. Yet, the evidence of heavy rain from earlier in the week remained prevalent: 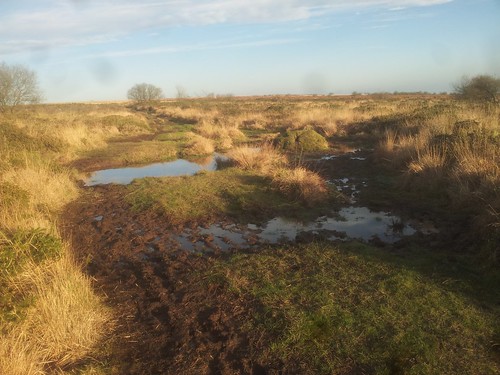 It wasn’t a whole lot of fun; skirting around as much of the wetness as I could; gauging which parts were high and low and attempting to move with weightless grace, in order to avoid losing either foot… 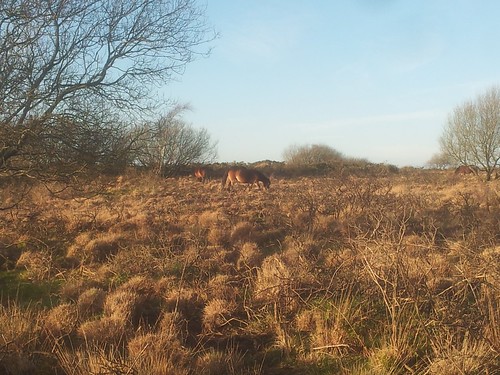 Perhaps it was worth it though, for this sighting of Exmoor Ponies – of which, this is the closest I have personally ever come to them on these hills. 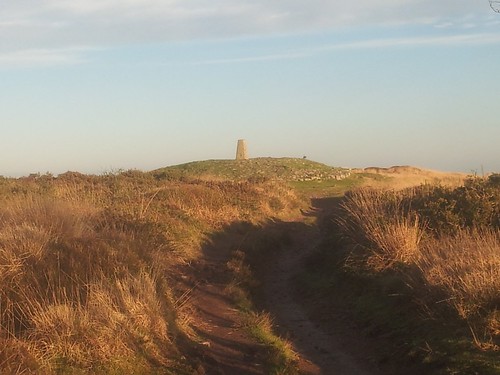 Navigating this section of Black Down has become easier for over the last year, with more frequent visits. Naturally, your confidence grows as you familiarise yourself with certain surroundings but I now look towards the higher ground for guidance, with so many varied paths running all over. Even if I cannot see it immediately, I trust that the trig point of Beacon Batch will always lie in wait. 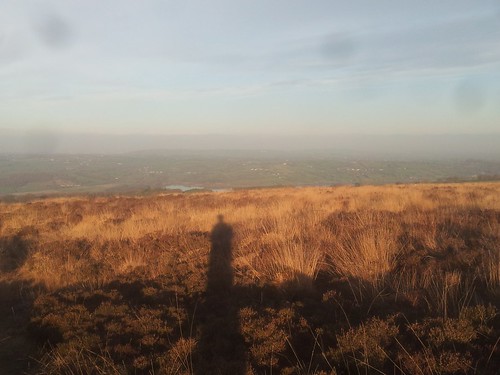 My final attempt to capture the day looking north over the county. Much of the fog surrounding Bristol had eased, if not lifted completely. My camera might’ve done a better job at capturing this but it was nice to have completed such a walk and to have returned home long before 16.00.

I moan about my phone but on this occasion, I also began to appreciate the simplicity of having it to hand in my pocket, where my camera usually rides on my belt. This touch screen is less accessible for gloved hands but it did get me thinking about an upgrade… Not that I’m entirely convinced of its necessity. Especially now that my camera’s been repaired and returned!