Having already made a few successful roast dinners (for one person) using a pack of plain chicken breasts, I decided, last week, to have a go at a couple of different chicken dishes. 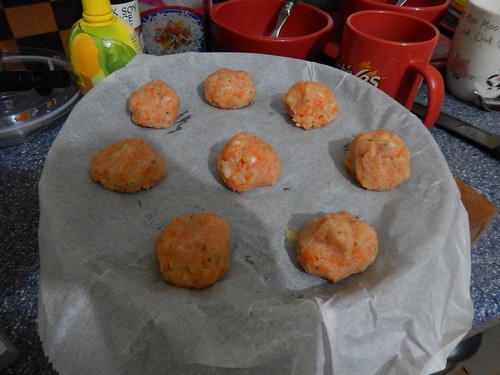 There’s a distinctly Aisian theme to this and it started with these terriyaki-style meatballs.

Along with some carrot, possibly some celery and a few other bits; the chicken was first chopped up in my food processor and then pressed together to form the small round and raw balls you can see above.

Their recipe calls for the use of baking paper, where I’d ordinarily be reaching for tin foil. I think the paper (or parchment) is a better choice as foil can sometimes lift (in a halogen oven) when you’re only cooking something(s) small and lightweight. 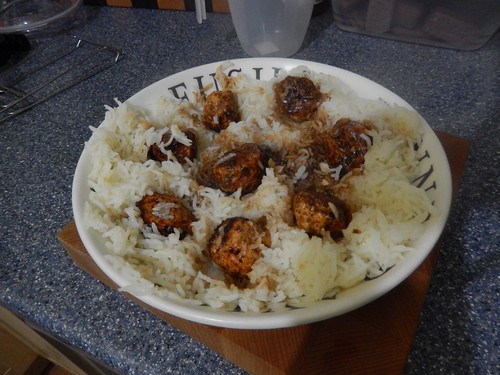 It was the first time I’d cooked with rice, having added a bag-full to my cupboard many months ago. It was a welcome change to pasta and I’ll be sure to cook with it again. I think the sauce was made up from soy, caster sugar and some others but it came out well. I could not find a single tin of mirin on any shelf in Tesco but probably could’ve used terriyaki sauce. As it was, it slightly lacked the kind of ‘tang’ you’d expected from a restaurant’s offering.

This was going to be a sweet and sour dish, designed for cooking in the halogen oven and taken from the sadly-unillustrated Halogen Oven Cookbook 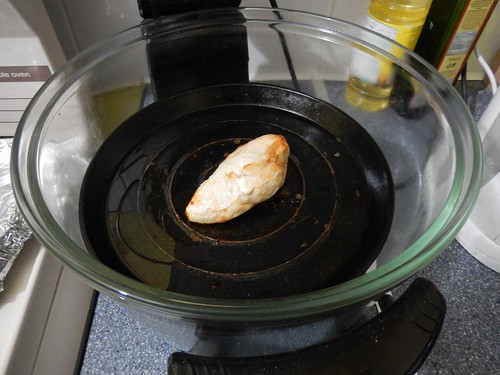 It called for the use of cooked chicken and so I still presume I was right to cook my spare skinless breast before anything else. 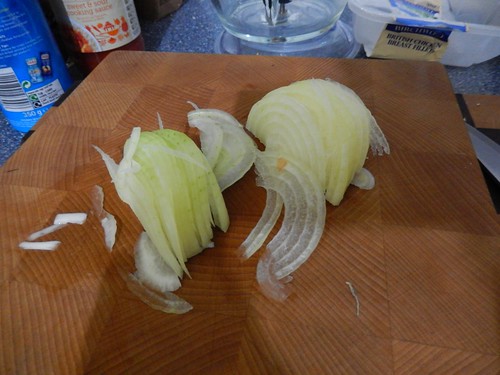 This one also calls for very finely sliced onion and I was very pleased with the consistency I was able to achieve using my sharpened knife (and without the need to buy a new gadget). 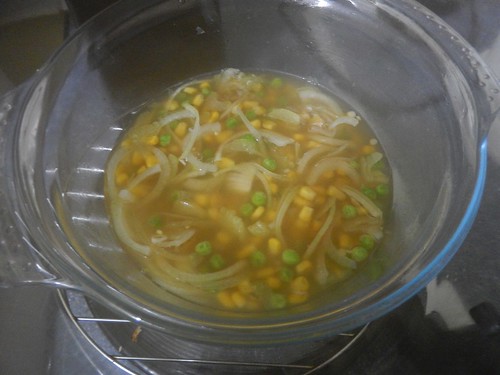 My ‘handful‘ of sweetcorn equated to almost half the tin and a similar quantity of peas was also added. 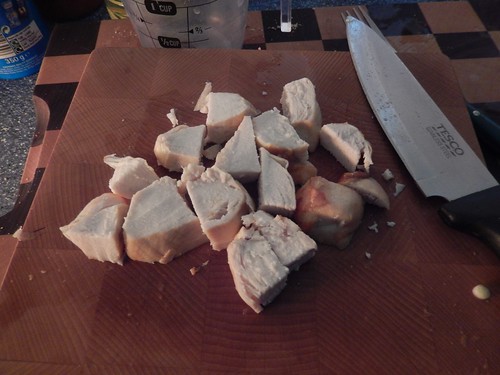 While that was warming up, I chopped the cooked chicken in to small chunks as it began to cool. 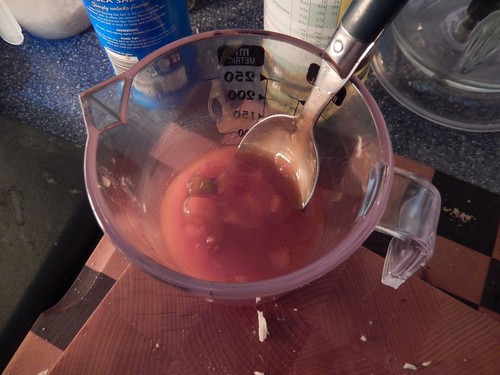 I used only a small portion of the sweet and sour sauce I bought specifically for this – however, the rest did not go to waste as I then cooked a sweet and sour bolognese the next day!! 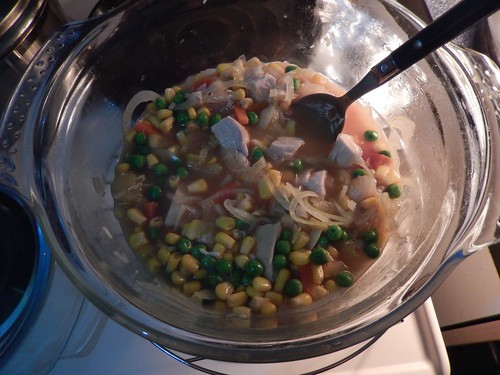 With all the greens warmed up, you add the chicken and I think I left it in the oven for 30 minutes. 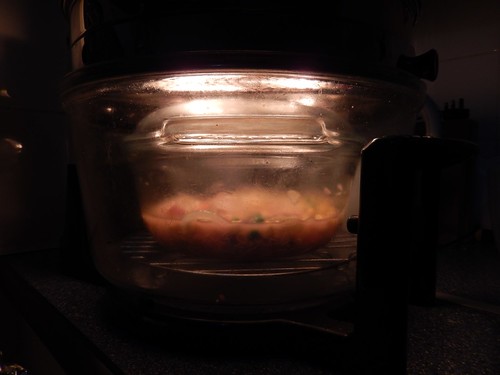 It may not battered in the manner that I’ve grown accustomed to over the years but it’s probably quite a healthy meal and it didn’t taste too bad. 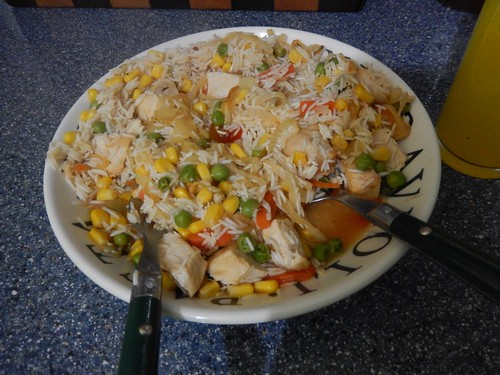 Between this chicken recipe and the one above; a significant difference lies in the fact that the rice, here, is cooked along with the rest of the meal inside the halogen oven… If you can recall me making a spaghetti bolognese using another ‘halogen-specific’ set of instructions then I can confirm that, as with the pasta then, this rice came out very dry and slightly undercooked. I won’t be cooking rice (or pasta) in the oven again. I managed a good portion of my bowl-full but the rest sadly went to the food bin because of this.