It was Monday evening; a slow start to another all-too-familiar week. I needed something to pick myself up and I found that in the challenge of baking my first ever shepherd’s pie. Plus, I’d already bought the necessary ingredients a week earlier.

This recipe, as with many of my recent efforts, comes from Norma Miller’s The Halogen Oven Cookbook

Shepherd’s pie, cottage pie… I enjoyed them all growing up but, look back through recent years, I cannot recall the most recent of these meals. Yet, I always believed the mash was made up from, well, mash… Potatoes! But I have to read this recipe three times before I realised there are no potatoes involved in the making of this dish! 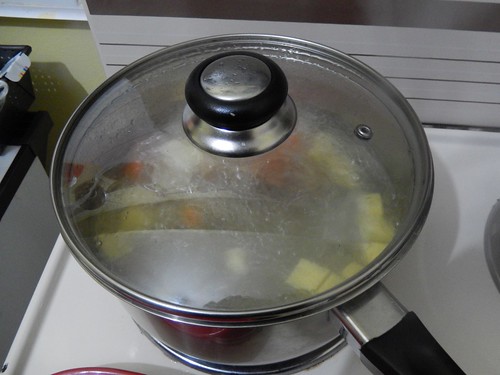 So, the first step was to make my mash and I began by chopping up my two small carrots, the big lump of parsnip and boiling them for about ten minutes. I’ll also add, at this point, that I was attempting to adapt a recipe to serve four people.

I like how a lot of these recipes are designed for halogen ovens and yet, you often have to use a hob for at least one stage. 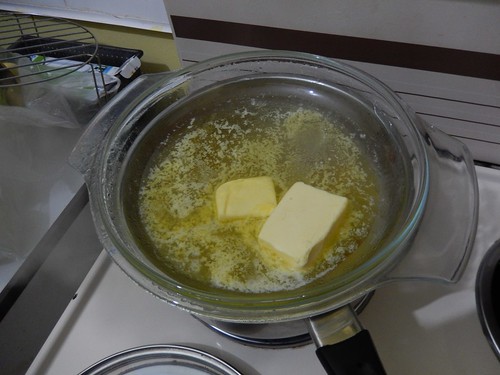 There’s a requirement for both butter and milk, with the measurements given in ‘tbsp‘. I guess now that I could’ve simply stuck my spoon in to the tub and rolled out a load of soft butter but I decided to melt a significant lump of unsalted over the boiling vegetables. It would’ve been easier (and less wasteful) if they’d have said ‘add a knob of butter‘… Of all the cakes I’ve made so far, most have been achieved with butter that isn’t soft enough at the start.

As I said earlier; I was adapting this recipe down from four-people to suit just myself… With both eyes staring out the window! 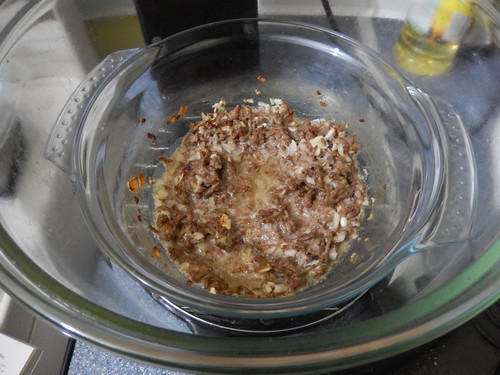 Everything else, including the lamb mince, chopped onion, garlic and the dairy products went in to the dish. 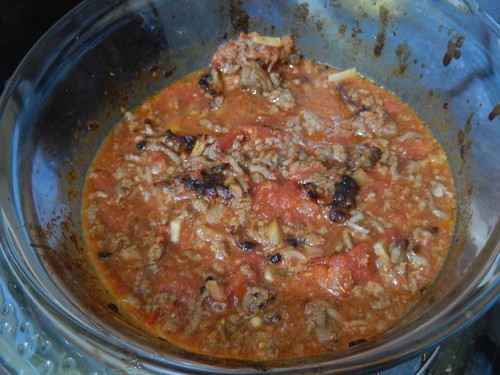 About ten minutes later (I think it was), the tin of chopped tomatoes was added – although, these weren’t so much chopped tomatoes as they appeared to be ‘big ones cut in to four‘. I had to do some work with my work to try and even it all out. But it was already looking good, with the mince and garlic beginning to brown. 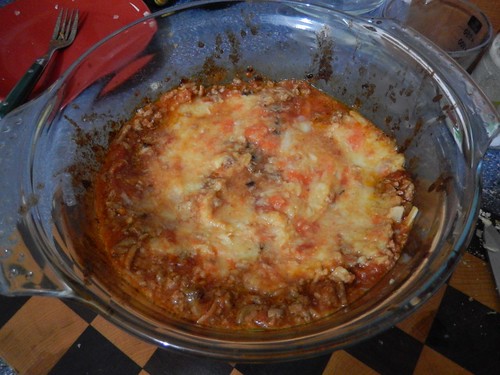 As I added the mash, I was concerned that I didn’t have an equal balance against the mince and my fear was that it would somehow transform itself in to lasagne, during the final cooking period… 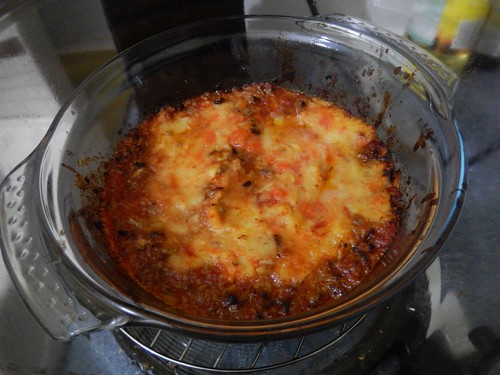 While it may not be the prettiest of all pies, it had all the flavour, I cleaned my bowl [not bowels] and all without over cooking or burning the meat. 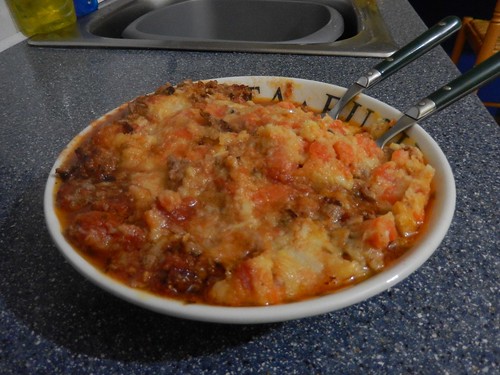 I’d love to have a go at this one again. It’s only really the length of cooking time that puts me off, as most of the ingredients are regular attendants of my fridge.

There’s a tip I learned recently on YouTube where you can remove a lot of the unhealthy fat from mince by draining it off before you start cooking. I completely forgot about it when I started this pie and I’ve had to refresh my memory again this evening. As I’m now looking to air-fry as much meat as possible, it makes sense, to me, to continue cooking with less far in other areas as well.

Oh, and if you saw a Channel 4 program a few weeks ago called Britian’s Worst Weather or something to that effect then you may recognise Alan in the video above! There don’t appear to be many halogen oven users as active on YouTube so, these two are already my favourites.