My final meal to grace the halogen oven before it was returned for repair was a dish that involved a tin of bean-sized objects known as lentils. 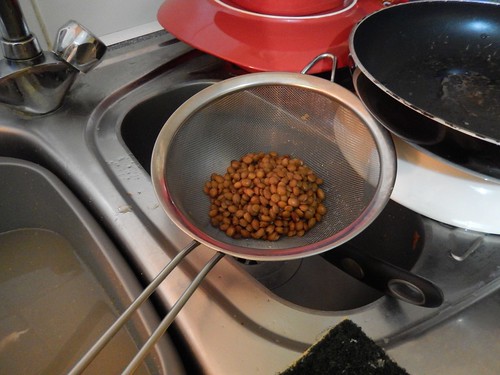 I’m sure I’ve had pea and lentil soup before (and liked it) but I’m still unable to explain or understand what, exactly, lentils are or might be. 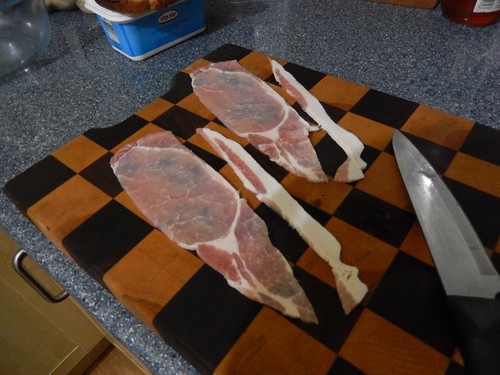 But as the recipe I was following contained a quantity of both sausages and bacon, I’m not going to sweat over it now! 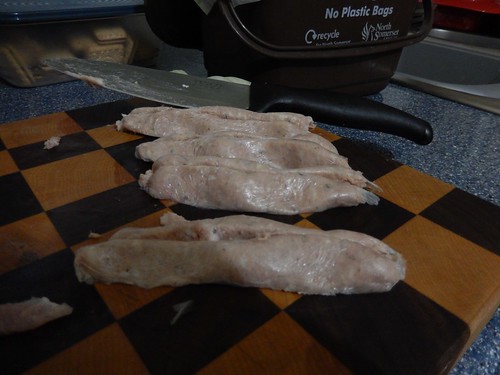 I started by cutting away the rind (which I don’t normally do but, the book told me so…) and then the sausages (cumberlands this time, which again came from Lidl) were quartered in length – which reminded me as much then as it does now, of an inadvertent channel-hop while sat on my mum’s settee a few years ago… While the program synopsis depicted an episode of breast-based plastic surgery; for a mere few seconds of video and the words “and now we’re going to split the pe…“, we very quickly realised, to our horror, that this was actually the introduction to a rather extreme sexual operation!!

I’m sorry, I’ve probably spoiled your minds as well. I truly hope you weren’t close to meal time when you read that paragraph. 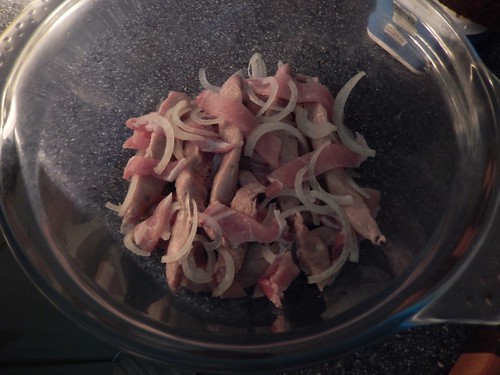 Along with some sliced onions, I put the meat in to a casserole dish with the oven already pre-heated. 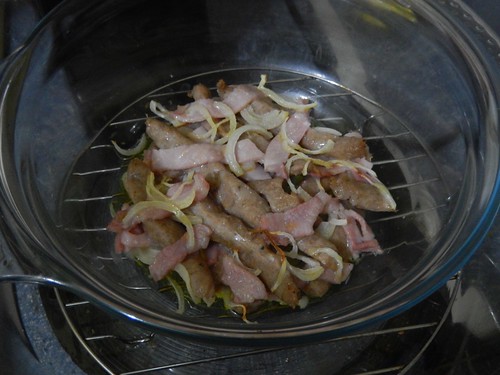 After ten-minutes on the low rack of my halogen oven, it was beginning to brown quite nicely. 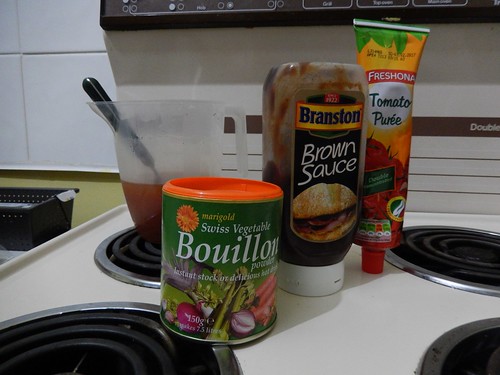 When you’re following a recipe that calls for the inclusion of both bacon and brown sauce – and yet, the term ‘BLT‘ is mentioned nowhere – I think it’s okay to suspect the integrity of the author. But then, they go throw in a couple of new ingredients (for me), including one I’d never heard of (and I’m still not sure of how it’s different to gravy granules?). 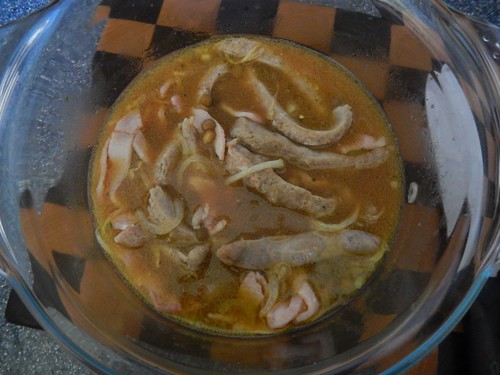 Once the lentils were drained, they were also added in to the pot with a quantity of kettle-fresh boiling water – although, I think I over-compensated for this quantity, while attempting to adapt a four-person meal. 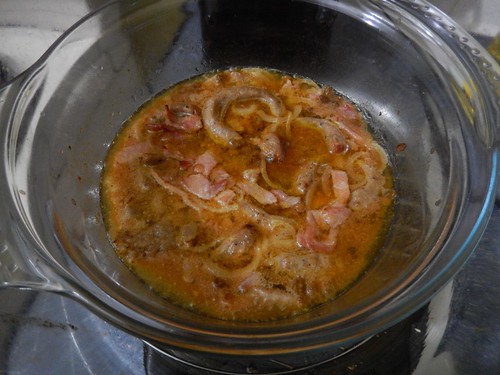 After a good twenty-five minutes (I think); whatever it was supposed to look like… It looked done. 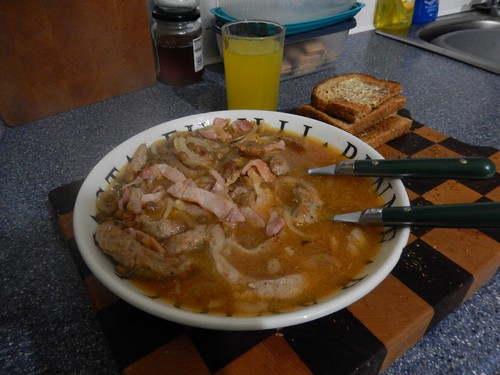 It went down rather well, with a few slices of toast alongside. The sausage was almost a nice surprise, considering they look more like eels in the bowl. I tried to drain it a little but was losing too many lentils down the drain. Perhaps I’ll try this again, now I’ve since realised that Lidl do sell dried red lentils and so I wouldn’t have to trek in to Tesco for a measly can of water.

As always with these recipes; I wonder what it’s supposed to look like?

3 thoughts on “Cooking with Lentils”