This is a dessert I’d been sizing up for a few months. It was left on hold while the issue regarding my faulty oven was to be resolved. But, no sooner was it back in my kitchen that I was eagerly following the steps to this recipe, which came directly from The Halogen Oven Cook Book. 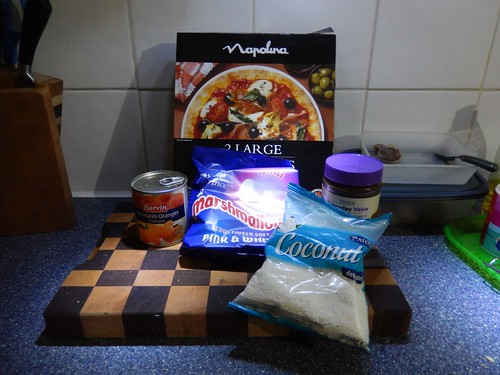 Most of these ingredients came from Lidl. I had to step in to Tesco for the marshmallows and the ready-made pizza base, which came in a box of two. It took me a week to find them, though – I’d expected them to be in one of the three other aisles containing pizza products but no; there they were, on the highest shelf above the dry pasta and sauces! 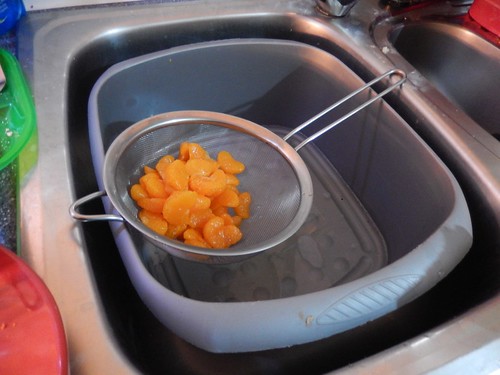 My first step was to drain the mandarin oranges. 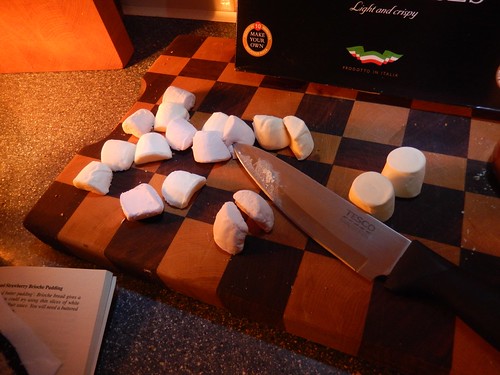 This recipe calls for miniature marshmallows and, since the first bag I came across happened to contain full-size only, I thought it might help to simply use a few less and chop them all in half. But slicing a marshmallow in two wasn’t easy, even with a sharp knife. 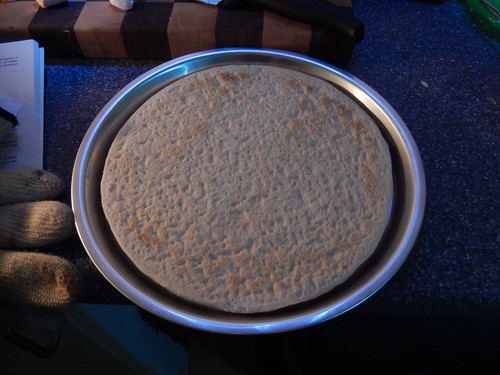 Even looking at this photo now, it does seem odd… As much as I love both bread and pasta, I wouldn’t ordinarily look to eat this kind of dough for a dessert. Had I not found this box of two in Tesco, I might’ve attempted to roll my own. 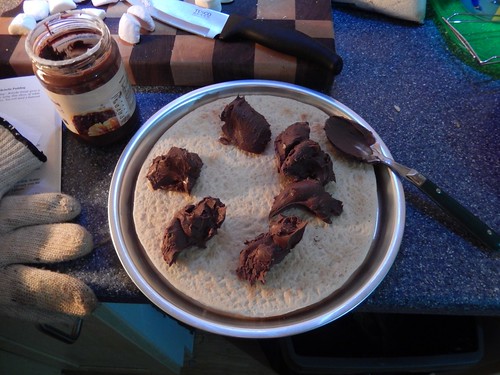 Chocolate spread seem almost anything but spreadable. You know when you reach in the freezer for a tub of ice cream, you dig your spoon in but find it’s too cold to curl out, let alone to consume? That’s what it reminded me of, even though I got there in the end (all six tablespoons worth). 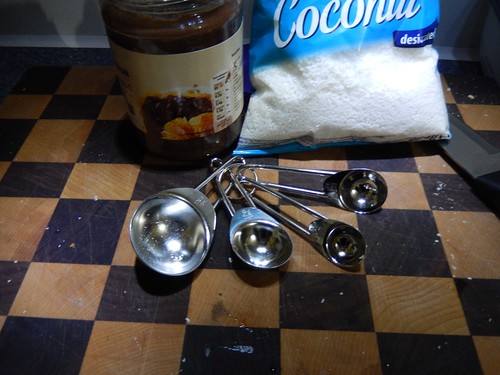 You might’ve already noticed that these photos are highlighted by the newly-installed LED lights I have beneath the kitchen cabinets. To measure out the two tablespoons of dessicated coconut, I also got to use another new ‘toy’ in this set of stainless steel measuring spoons. 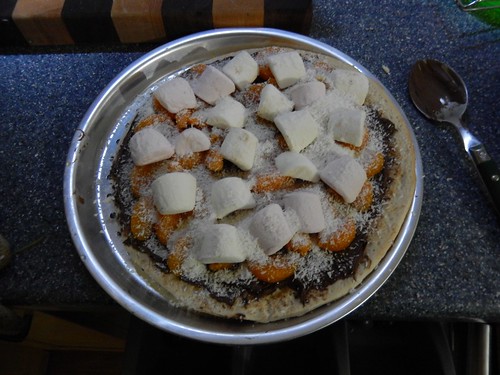 Here it is with everything laid out on top. I do think it should only require half as much coconut and, looking now, those semi-marshmallows are excessive. Next step was a trip in to the pre-heated halogen oven: 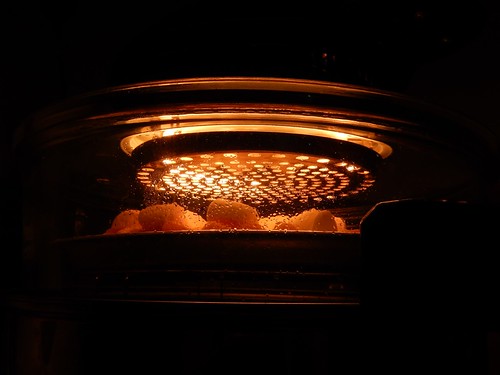 I placed it on the high rack and so, fairly close to the heat, for about six minutes. I forget the actual temperature but I kept a casual eye on things to ensure nothing burned and that only the marshmallow melted.

This is how it came out… 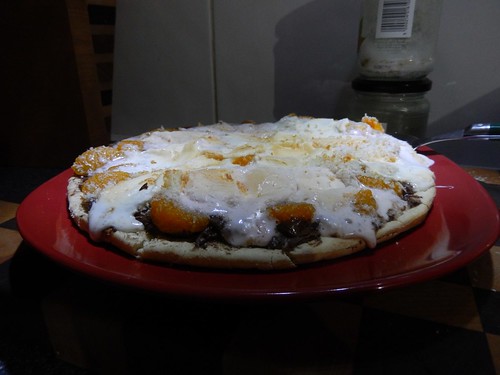 Yep, I’m sure you’ll agree it was quite a mess! I did well not to dirty either my brand-new replacement oven or the kitchen worktop. Once again, it’s a shame this book doesn’t even come with black and white photographs as I’ve no idea of what it’s supposed to look like. 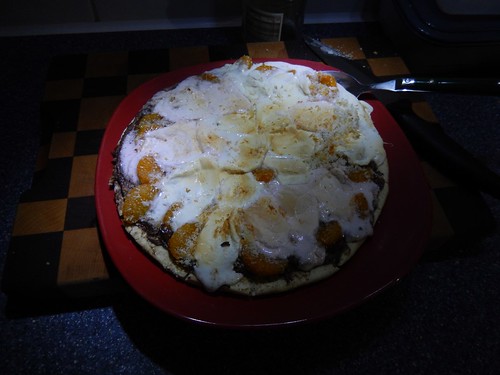 For the taste, it was very rich but somewhat enjoyable. There was too much white stuff on there but I wasn’t really struggling until I reached the last quarter – I am known to single-handedly devour the odd cookie dough pizza on a Thursday evening… [I must attempt to bake one of those soon!] They recommend serving this with ice cream but my freezer’s already full and otherwise in need of a serious defrosting.

Yes, I do have a spare pizza base and enough extras to make another one of these. I’ll certainly use less marshmallow and you’ll get to read about it here.