On Sunday, I set off on a big of a walk that was intended as a minor journey of ‘self-rediscovery‘. I’ve been lacking a bit of inspiration to go heading off too far at this time of year and, as always, I like to try and reduce my petrol usage. It made sense to leave the car at home and set off from my front door in Wrington. 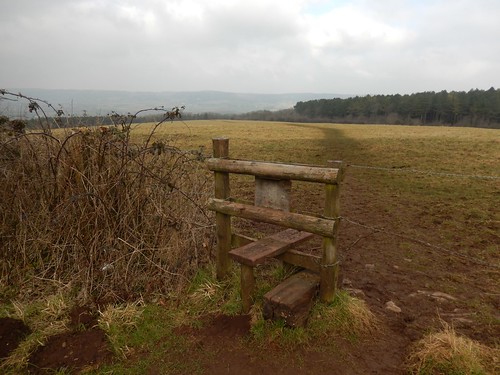 My destination was Backwell. A village in which I attended secondary school and, for a period of six-years, I lived on the southern skirt of the village – not a million miles from where I live today. 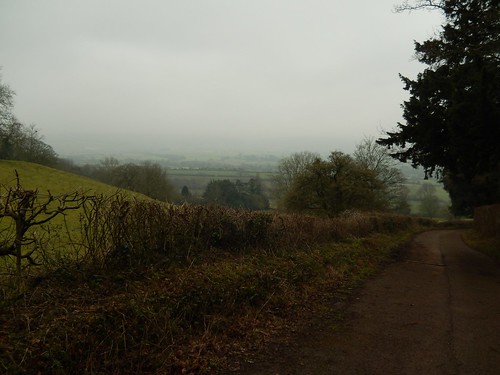 It began with an uphill climb towards woodland on an identical path to one I followed a few months ago. Only this time, the landscape beneath me was disguised behind a stream of fog; I had a decent camera to replace my dirty smart phone and I would be heading all the way to Brockley Combe, ignoring Cleeve. 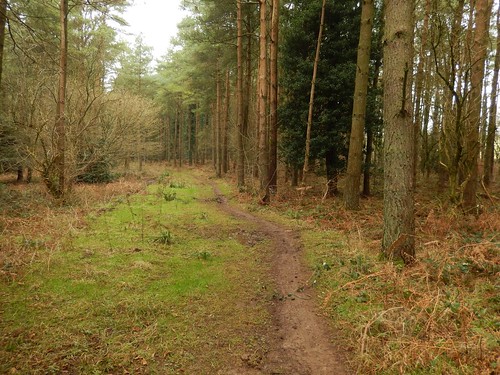 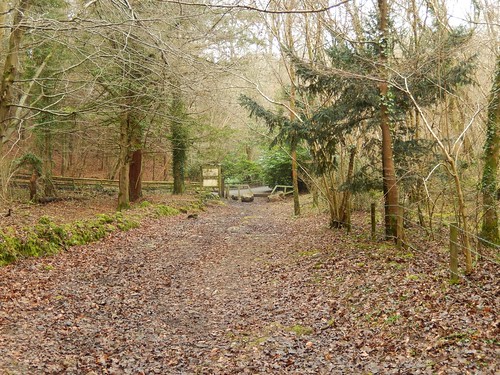 At the end of this path, you reached a tarmac driveway, ahead of a triangle-section just off the road. It felt a bit awkward as I spent another six-years with a firm situated at the top of this hill and, even on a Sunday morning, there was a risk that an old face might recognise me… 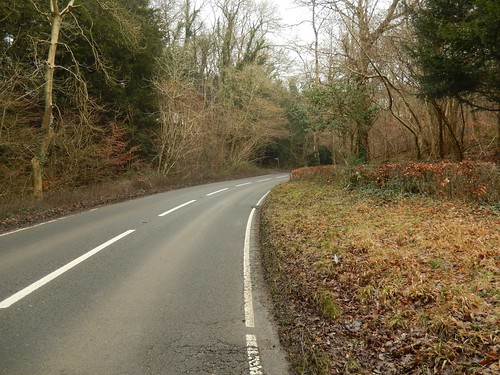 No such awkwardness arose and so I continued, walking up the combe briefly before crossing to take the first available footpath on the left. 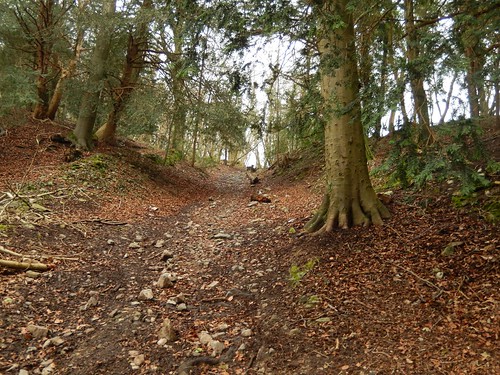 Uphill is the way forward and as you near the brow of this brief climb, you reach stones embedded in to the landscape in a familiar step-like formation.

It was mostly during my A-Levels when I used to frequent this area; living no more than two-miles away and walking to and from school around ‘Study Periods’, a good three-miles each way, up and down that hill.

But during that second year (perhaps, even, it began towards the end of Year 12), I began to feel complacent. I’ve never fully understood why. I’ve never known exactly what changed or made me change so drastically. But in Year 13, I began skipping lessons. These lessons soon progressed in to days and, some time before the school cottoned on, I was unexplainably absent for weeks at a time.

It was along these paths, set out during the next few photos, where I used to spend my ‘free time’. 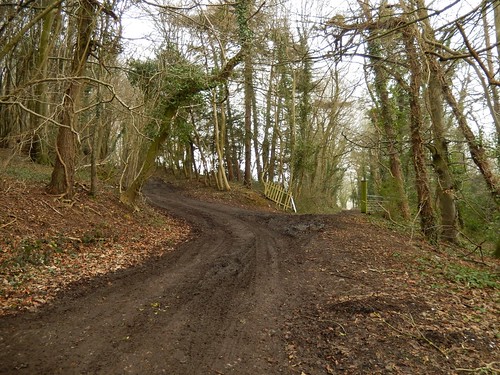 Walking to and from school had become such a normality for me (I’d been doing it, with honesty, from the age of fifteen or sixteen, when lifts home weren’t available) that I could provide my own transport for the day and neither of my parents would feel a need to question it.

I didn’t especially do an awful lot as I wasn’t confident enough to venture too far. It was almost like waiting or wasting time. I’d always carry food and I might walk up and down the hill a couple of times, just to pass the hours.

One morning, I recall accepting a lift in to school, only to disappear out of the school grounds ten-minutes later. Another day, I set off walking from home, in the rain and spent the day in the waterproofs (provided for my weekend job) until it was ‘safe’ and at a reasonable hour to return home. One of the hardest things was walking down on a day where I should’ve been in attendance but only to arrive in time for a driving lesson; passing many recognisable (and surely, questioning) faces on the way there.

Lying to people wasn’t enjoyable. But the thought of attending school carried a greater lack of appeal. I sadly never finished my A-Levels and perhaps still regret that to this day. What I was afraid of, I’m still unsure. But I suspect it was related to the impending end to my school days and facing up to the question that has plagued my life of what I would like to do with it.

Returning to more of an appropriate theme; my lack of understanding, when it came to footpaths and public rights of way at the age of eighteen, was almost laughable, compared to what I know now. I didn’t fully understand waymarks and signposts. Did a bridleway sign (with a picture of a horse on it) imply that only horse-riders were allowed along here? At what point does a narrow country lane become private? 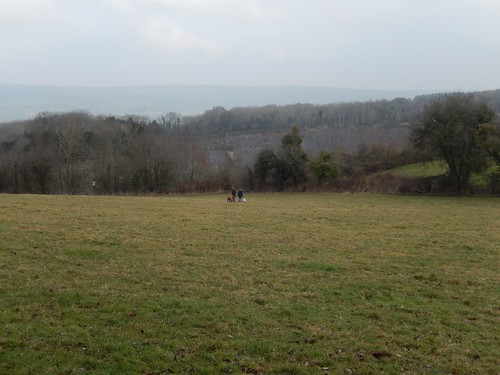 Moving along and away from familiar territory for a moment; I marched on towards unknown footpaths that would lead me to one of the cluster of disused quarries in the local area. 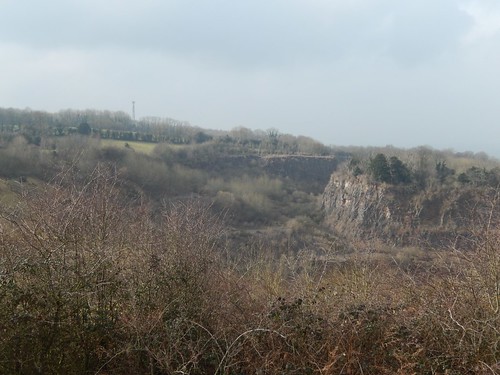 You can’t actually enter the quarry and even to gain a birdseye view is difficult but it’s the kind of ‘landmark’ I like because it remains almost hidden from the every-day commuters of the A370 Westont-to-Bristol road at the very foot of the hill. 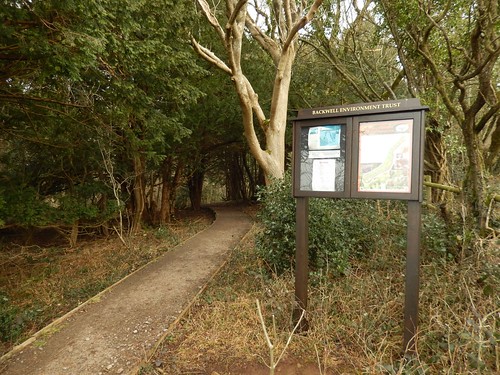 Before crossing the road that leads steeply up through Cheston Combe, I discovered a nature reserve set up by the Backwell Environment Trust, of which I was previously unaware of. 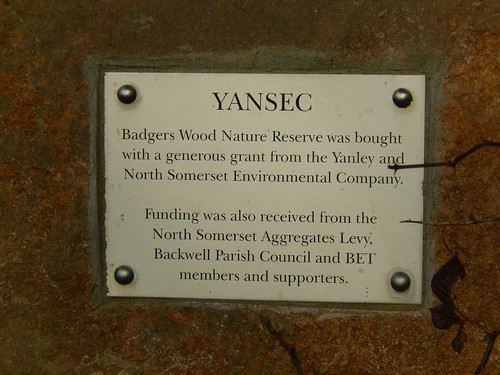 Everything looked so pristine that it couldn’t have been more than a couple of years old. With those quarry in such close proximity (including one that now houses the household recycling/civic amenity centre), it’s a nice find. 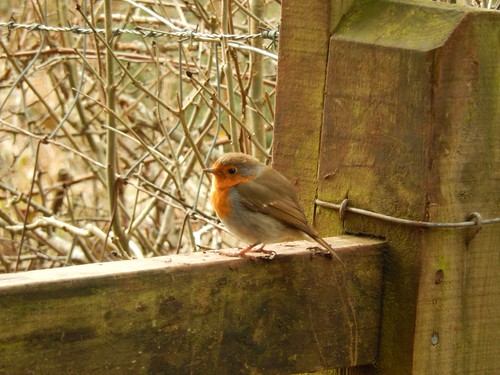 One strange sound of ‘vibration’ to my side alerted me to the emergence of red-chested robin, who was patient enough to let me stop and photograph him more than once. 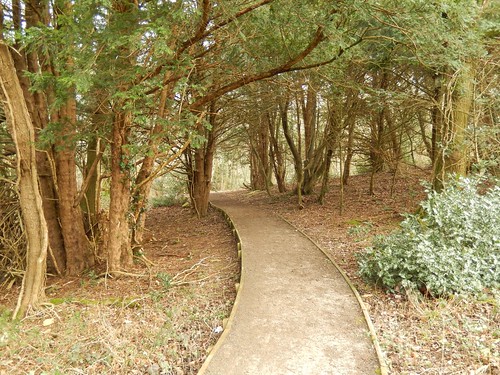 Leaving the small nature reserve, I crossed over the road and along a gnarly path towards the village Jubilee Stone. 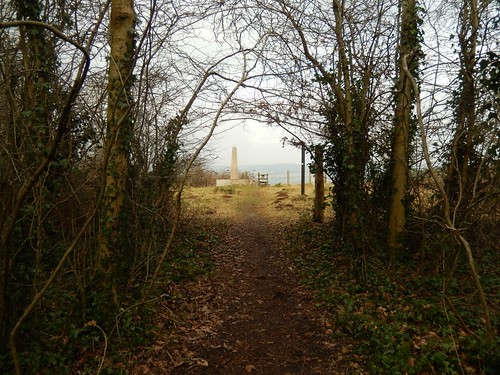 I’ve read and heard a lot of things about Backwell over the years but I’d never heard any mention this before I spotted it on my OS map sometime before Christmas. 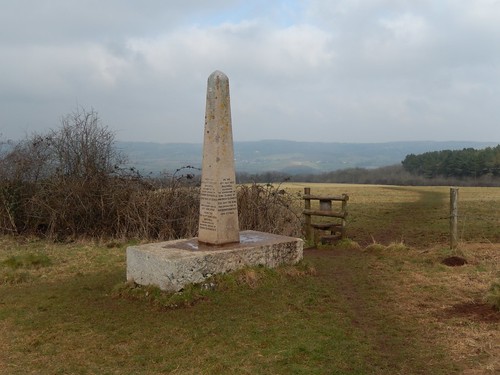 Not being the greatest advocate of the Royal Family, I found the view to be the most astounding part. I’d hoped that the stile beyond might lead me through the distant trees and to what used to be a functional entrance to a working quarry. But, my map only told me this path would take you straight down and in to the village. No detours. So, I made my up to the top of the combe, where my feet would be reuinted with Backwell Hill Road for the first time in over a decade.

Those few houses looked very much the same (although, I must say, that I have also driven along here more recently) and I wondered whether the same man and dog still occupied the one partially-visible above.

My goal now was to walk back down the hill a few hundred metres and to the quarry entrance, where I could pick up a footpath running parallel to the road but on the other side of the hedge.

Quarry lorries used to storm up and down the hill, on their way towards the A38. You were damned if ever you met one heading down to the A370 as the bends in this road closer to the village are sharp and unforgiving. Several years after my trekking though, this entry way was closed off and one on the A38, at the opposite end of the site, become the one and only. 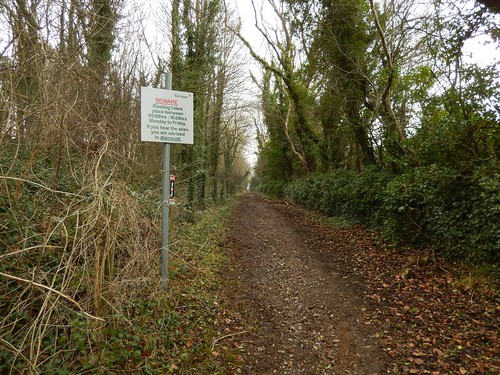 After all my years of walking up and down this road, I feel foolish now that I did not recognise this route as a public right of way. A hedge with partial stone wall provides optimum protection from the often-speeding road traffic. All those years, I risked being spotted by a familiar passer-by, when I should’ve been in a classroom… This would’ve lent me the perfect disguise!

I was once stopped by a police car, higher up the hill when, once again, I should’ve been in an afternoon assembly and not nearing the end of a forty-five minute walk home. They were looking for someone about my age and seemed to believe I was who I said I was, even without asking for ID. 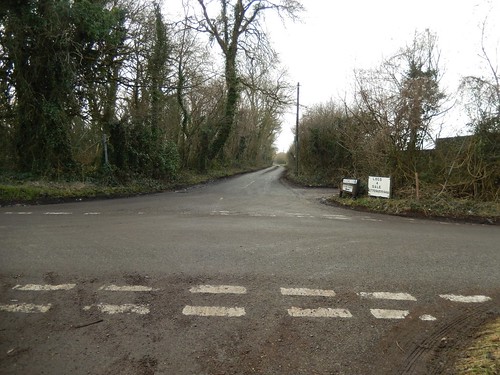 This might be a good place to end this post before I move completely away from the intended subject of placing one foot in front of the other! I’ll pick up from here in Part 2. Thanks for reading in the mean time.

One thought on “Backwell Hill (Part 1)”