It’s time to write about a group walk I joined over a week ago now. This was the day after walking (at least) fourteen miles up and down the North Somerset coastline between Clevedon and Portishead. 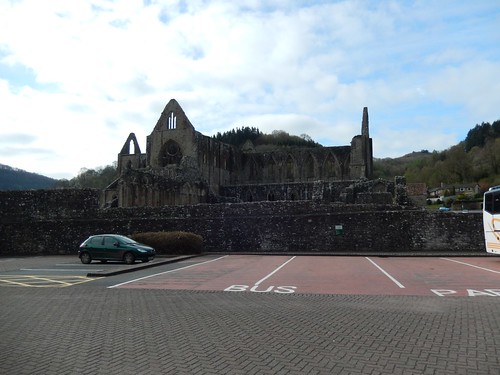 For many, I’m sure, that would warrant a rest day (as typical Sundays surely are for some). But to me, I’m in training for a few long-distance charity walks over the summer and I’d been meaning to visit Tintern Abbey for a good couple of years now. 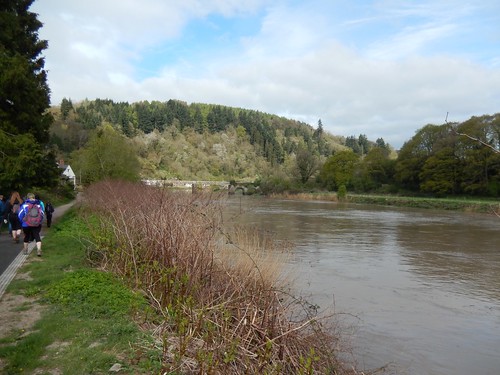 I’ve always used “the bridge toll excuse” as a means for procrastination. So, the appeal of car-sharing with fellow ramblers would help to reduce the effect of the expected £6.50 charge. Only this weekend however (on another group-walk that I’ll write about on a different day), I overheard a suggestion that both of the Severn Bridges will be free to cross as of 2016. Apparently, the toll was only brought in to cover the initial costs of construction… Still, I wonder how routine maintenance and repairs will be accounted for in the future. 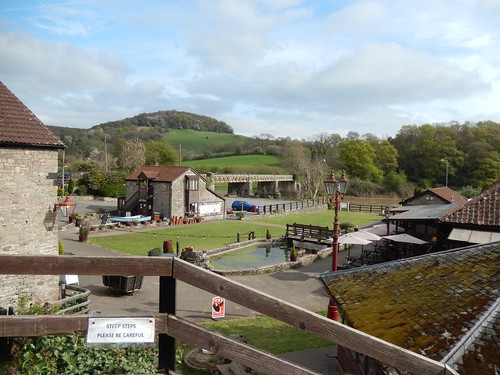 We began at the main car park for Tintern Abbey, with the ruined structure standing to distinction just beyond. We had two walk-leaders (a co-operative effort) and, with a final headcount of thirty-six people, a group of this scale was going to require as much leadership as it could attain (although, regular members frequently joke that “you’re allowed to lose 10%“…). 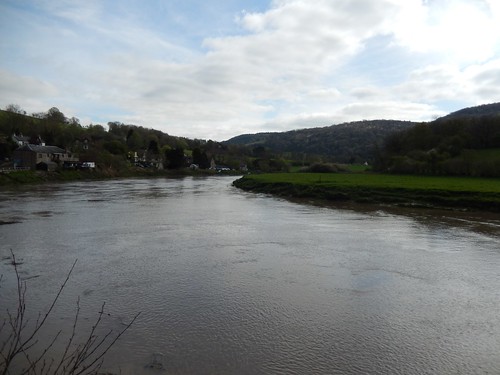 I’d like to be able to recount, from this point onward, of exactly where we were headed, as I’m sure must’ve passed through a couple of neighbouring villages and perhaps even over the Welsh/English boarder at some point… 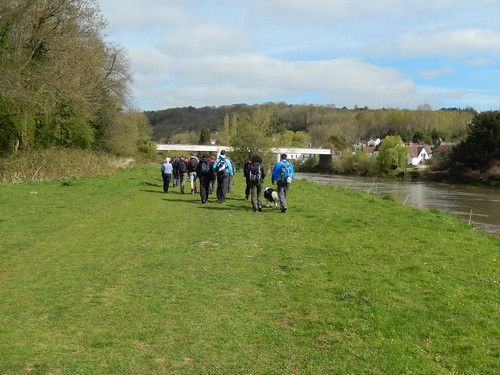 But the Wye Valley remains alien and largely unexplored to me. I’m aware that it has its own long-distance path, at 136m (up in to the Brecon Beacons I believe), which would put it slightly beyond the Cotswold Way of which I am more familiar with. 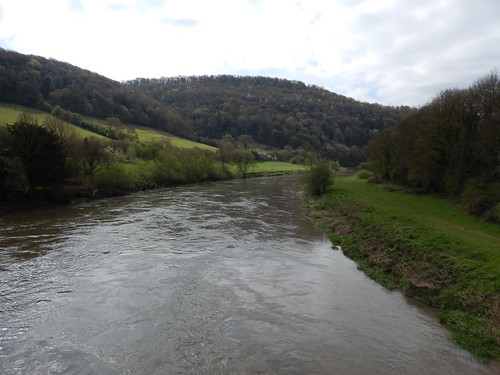 We came close to the summit of a fairly steep hill, ascending out of the valley, when we made a brief late-morning stop, which allowed us to refuel and also to admire the scenery below. 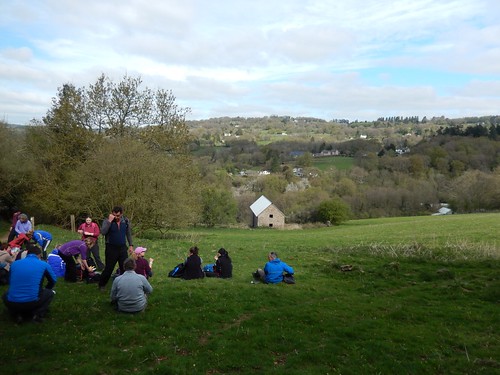 Not long after this, I recall each of us having to negotiate a stile with a wobbly step – for which, a couple of older residents were on hand and prepared to assist individuals in climbing over. Beyond that, we marched through brambles, overgrowth and scrambled over the odd fallen tree before reaching a road, at which point we were able to notice the distinct arrival of spring in a neighbouring field. 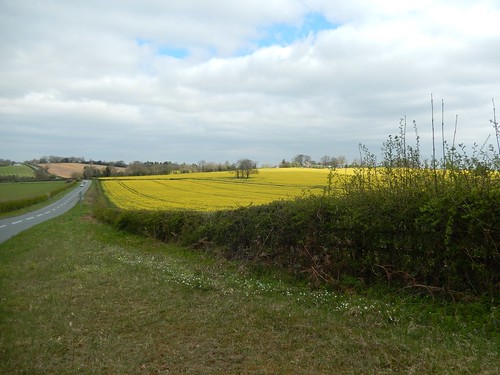 Continuing for some distance further, we eventually settled for our official lunch stop, near the top of another steep climb – I’m all for working a little harder to increase that appreciation of then being able to sit down with a warm drink and food! 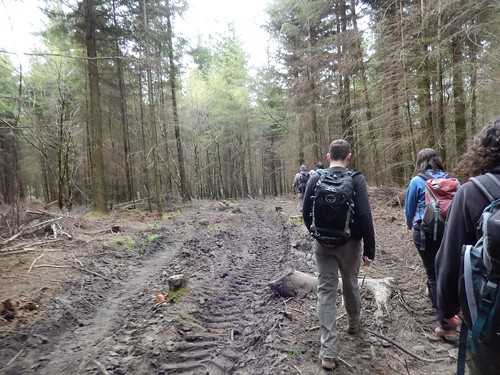 I can’t remember any significant ascents after that, as we seemed to be making our way along, through and down broad paths that divided the woodland.

On the way up to another tarmac crossing, we came face to face with the “bull” you see below: 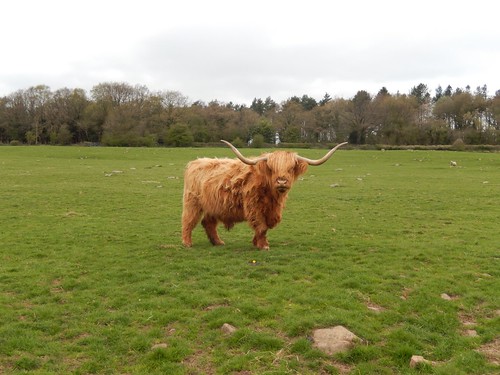 With a few others, I was quite certain that this was merely a docile Highland Cow. But I could also remember how intimidated I was by those near-Prehistoric horns, the first time I faced a heard on a walk almost a year ago… So, I wasn’t to challenge the co-leaders’ decision to force an alternative route (over a gate lined with barbed wire, might I add). 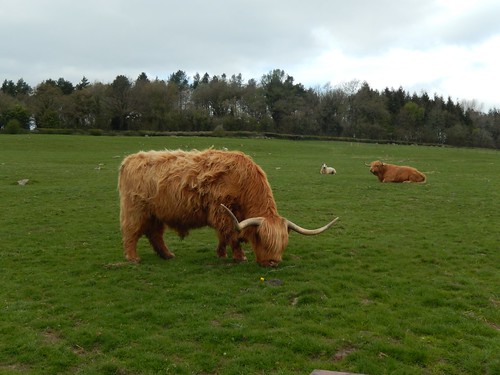 While we had thirty-six Ramblers to look after, I forgot to mention earlier that we had also welcomed a rather large dog on to this walk and, while the big guy had set himself close to the public right of way, the young calves were only a few yards behind. 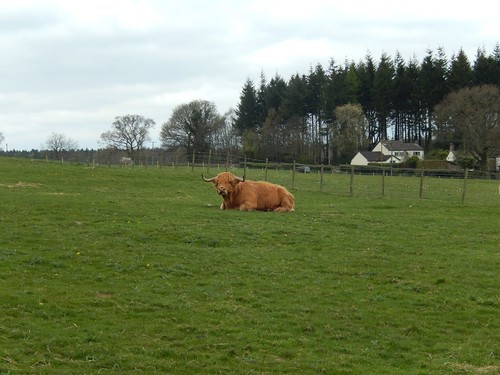 Bull or no bull, any cow can become aggressive at the sight of an animal passing close to its young. Sometimes, it can be best to squirm over that barbed wire fence (turning back is never an option…). 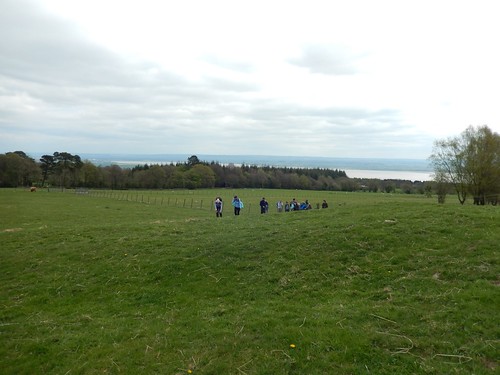 As we each made our way onwards and up to the road, we could look back down to the site of a rather magnificent river or reservoir beyond… I only wish I could now tell you its name! 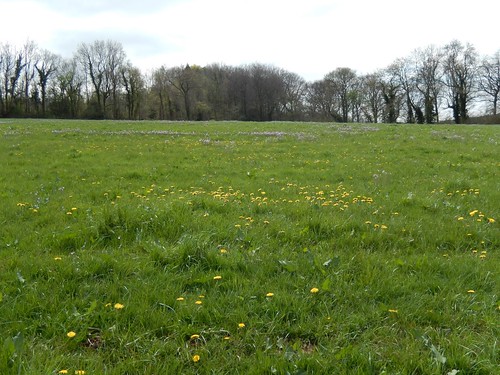 We were soon following the Offa’s Dyke footpath (another long-distance trail that crosses the national border) on our return towards Tintern. I spotted signs for the Devil’s Pulpit along the way and had noted it was going to be an integral feature of this walk. Unknowing what to expect, I was astounded by the view we were presented with; almost towering over the village of Tintern and its abbey far below: 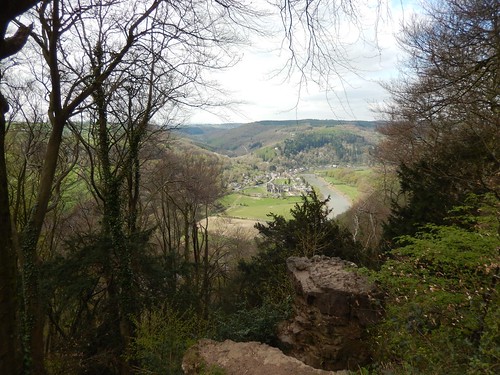 It must simply be one of the most spectacular views that the UK has to offer and the trees certainly do frame it well. 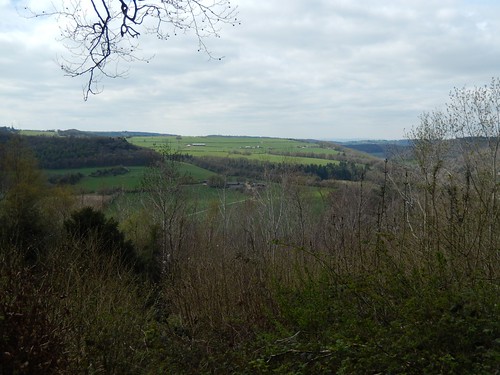 From there, we simply followed the winding on our descending return to the start point. 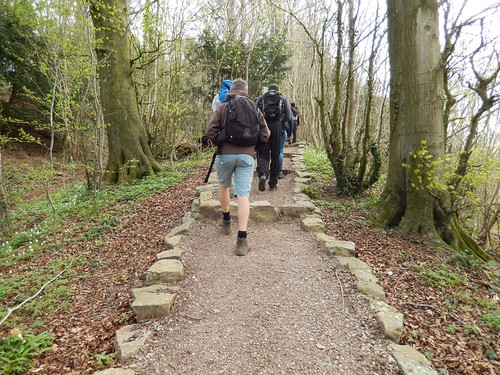 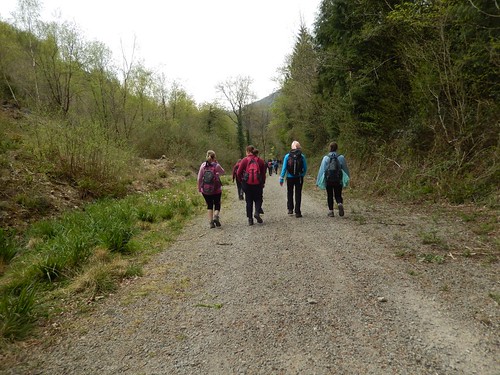 On a day that could have been hampered by falling rain (if the weather forecast earlier in the week had been anything to rely upon), we were slightly chilled but highly rewarded throughout this eleven mile hike less than a stone’s thrown from the Bristol Channel. 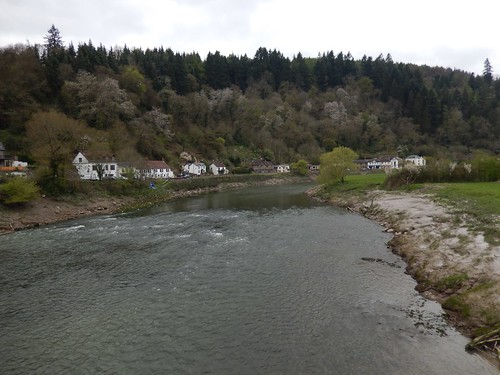 My only minor disappointment was that we didn’t actually spend any time exploring the Abbey afterwards. For me personally though, that does only mean that I’ll be keen to make a return visit at some point, as I’m not aware of any entrance fee beyond the car parking charge. 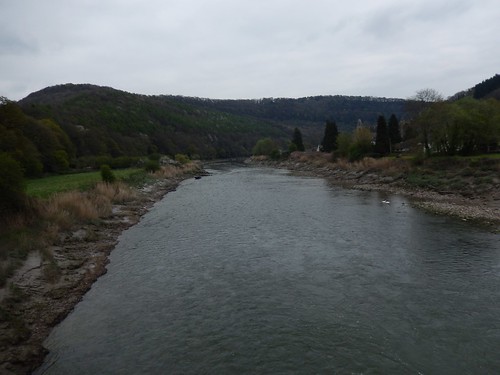 Speaking of money, we discovered in the pub, post-walk, that you can take your pay-and-display parking ticket to the bar and they’ll reimburse your fee – which is quite welcome, considering a pint of orange juice set me back £3.20!! Unless they add extra for ice? I wasn’t the driver on this occasion so, I didn’t personally get to make this saving but it’s certainly worth heeding for future occasions.

I look forward to exploring more of the Welsh countryside in the future. My eyes shall remained peeled and prepared for future group walks over the Severn and I’m sure I’ll be heading out there on my own some time… Perhaps even in May! 😉

3 thoughts on “Tintern and Beyond”