Before I go on writing about food I probably prepared many weeks ago now, I’ve decided to sit here and write about a group walk I attended last Sunday. This current three-day weekend’s been filled with uncertainty, as dark clouds continue to loom overhead so, I’m not at all confident I’ll be able to get a walk in before returning to that horrible regular routine that deprives you of both freedom and morality… 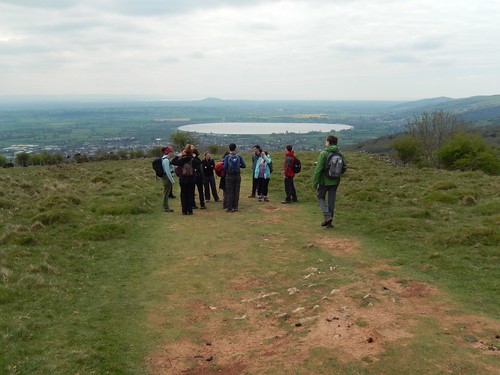 This was in fact my third consecutive walk with the group and it’s been almost a year since I was last able to say that. A few familiar faces were met along the way. I’d been to Cheddar Gorge many times since 2012 already but I felt it might make a welcome change to be a bit sociable and rediscover it with a group of others; to see where and in which direction someone else may lead. 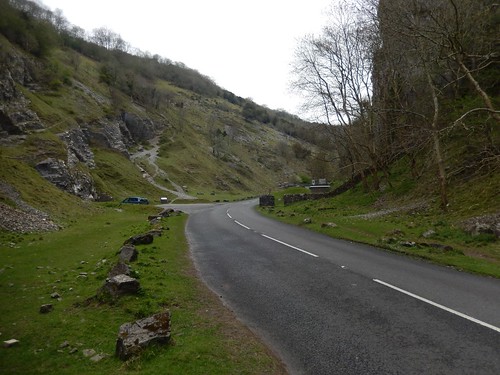 As it’s reasonably local to where I live, I agreed that I would meet the group close to the walk start point, while almost everyone else was headed for the meeting point in Bristol.

I’m not a fan of parking charges and I like to try and evade them where possible… Knowing the area well enough, I knew that I could leave my car almost two-miles up inside the gorge, at one of several lay-bys (frequently used by rock climbers and other outdoor enthusiasts). 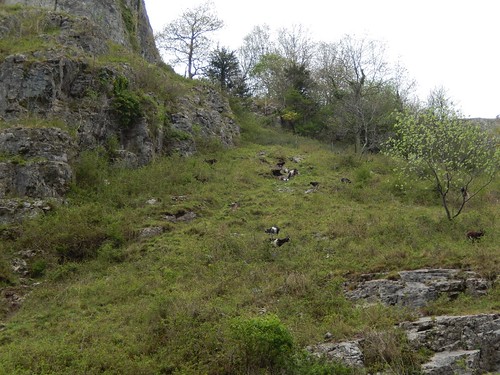 With the exception of a few goats up on the rocky hillside, I was without company and, above all else, a constant chilling wind attempted to rid my memory of sunny walks from previous weekends gone by. With a hat, gloves and neck warmer in place, it was almost as if winter was making a surprise return.

Even at 10am, a few people could be seen mulling around between the pay-and-display bays and the touristic stretch of road, lined with cheese and cider shops among other attractions. 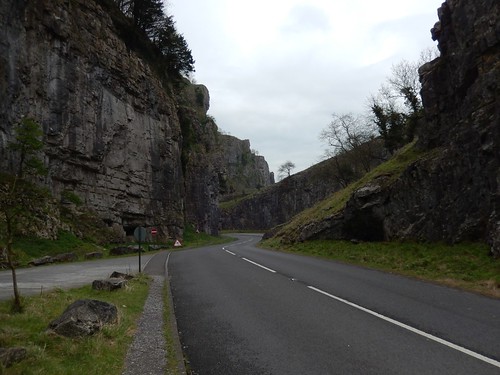 It took me no more than twenty-minutes to walk down to the car park just beyond the mini-roundabout, where other walkers would soon be arriving. I’d left early in anticipation of a thirty-minute walk and so, I had time to to (shiver and) wait until the cars began trickling in. But it was nice to have been able to appreciate the gorge from a level at which I’m too accustomed to driving along. 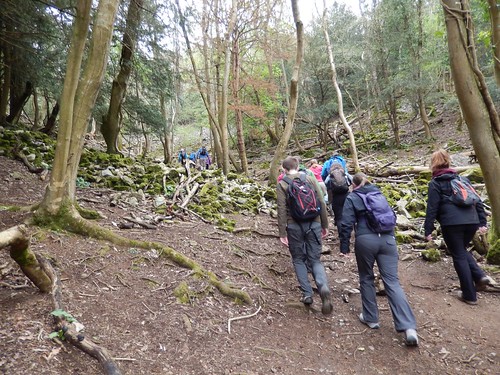 We set off with a rather astounding number of twenty-five of us and I was later surprised to learn of how many of them had not seen Cheddar Gorge before. But then, an increasing number of members seem to have come to Bristol from further afield. Whether it’s a northern county or even the other side of the world! A 20s and 30s Ramblers group is a great way to meet people socially while discovering the local landscapes. 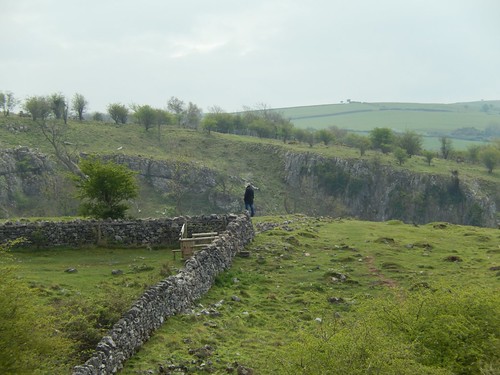 We set off on the route I’d expected, which initially follows the National Trust’s Gorge WalkChedd, straight up the northern half of the cliffs – which, as I learned on my own back in 2012, is one of the most challenging climbs across the Mendip Hills, let alone a harsh introduction to Cheddar Gorge itself! 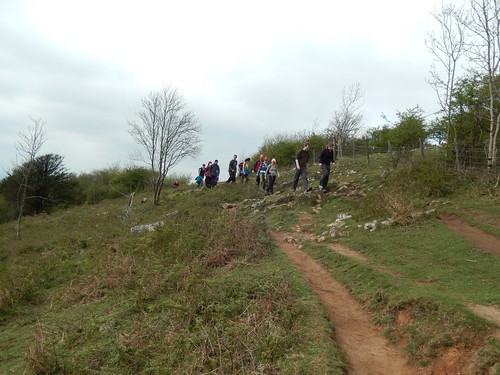 But that achievement always signifies the completion of the toughest part of the walk. There is another steep section later, as you climb the southern section of cliffs but it is far more forgiving. Perhaps even welcoming, by mere comparison. 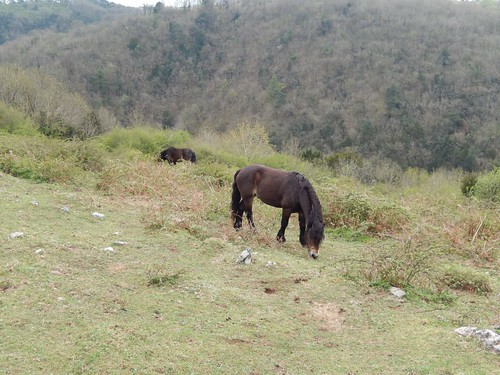 We made our way along the cliff top, unaware that an annual race event was taking place and an abundance of tiring runners were about to coming hurdling towards and past us.

We were all impressed with their determination. Not only is a stretch of this route lined with sharp rocks there’s a steep ascent up steps to get this far. We were on our way downhill though, away from the race and towards the road, where we would turn left to arrive at Black Rock. 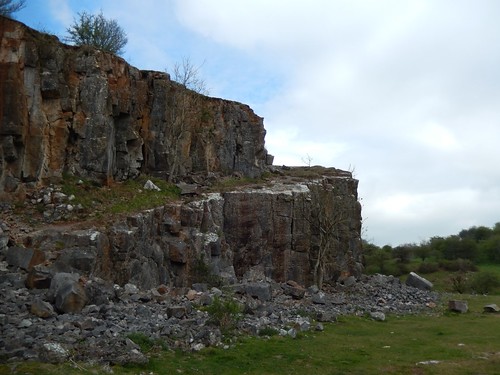 Many would’ve continued up and over the other side of the cliffs to complete the walk more efficiently. But here, we had an opportunity to explore more of the local area. 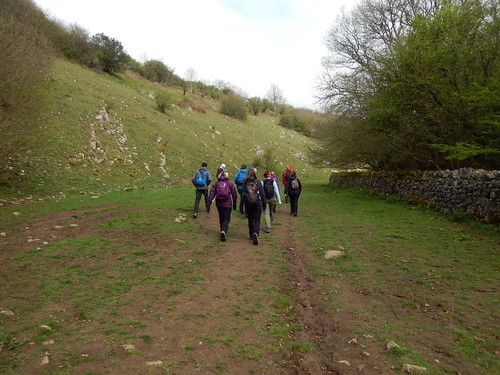 So, following the West Mendip Way [twenty-eight days until I do it all over again!!], we marched on towards Velvet Bottom.

We turned left towards Long Wood and I’d expected us to continue uphill, through the trees, on a path that I know all too well… But instead, we dropped down to the right, heading deeper in to Long Wood Nature Reserve, in a direction that was entirely new to me, which made it all the more enjoyable. 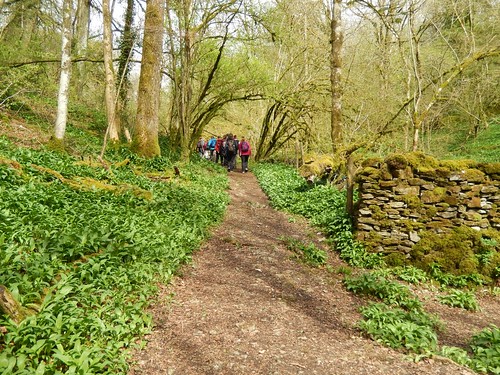 Leaving the reserve to break free from the trees and garlic, we emerged high up with views across the hills and Charterhouse, with its twin masts in clear view. 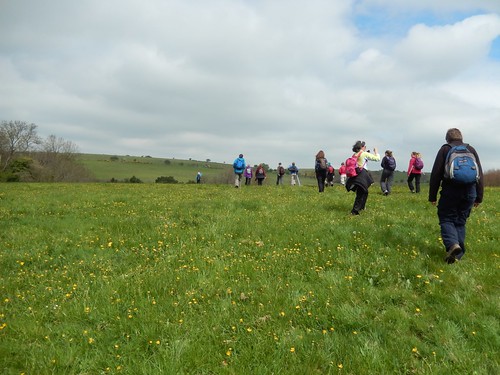 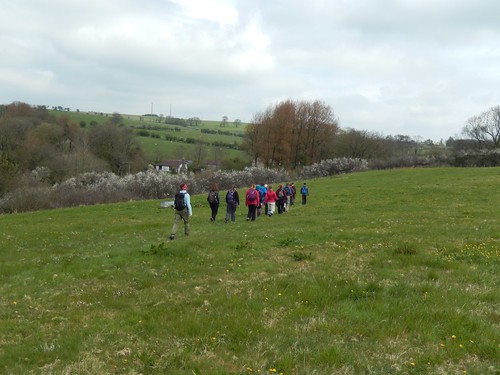 Walking the road for a short distance as we approached upon our return to Cheddar, a few of us spotted a bovine-themed protest beside one farmer’s house: 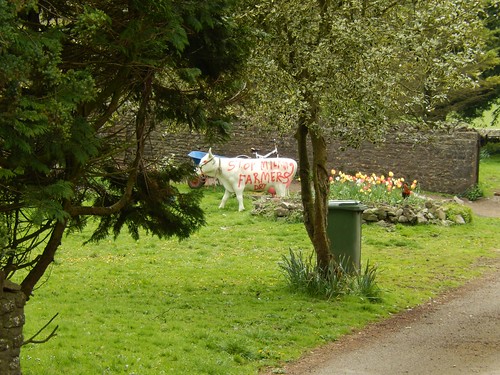 I assume it’s a small stand against the acts of the supermarkets in depriving hard-working farmers of the full value they deserve. But with Tesco losing around £6 billion over the past year and a number of stores being closed down, perhaps things will one day return to the farmer’s favour after all. 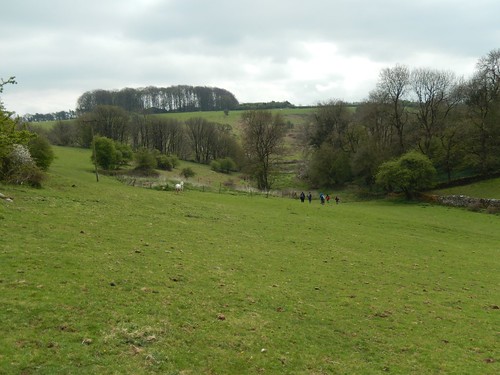 Crossing one of the next fields, the tail-end of my group (including myself) almost came to a stand-off against a defiant white horse. 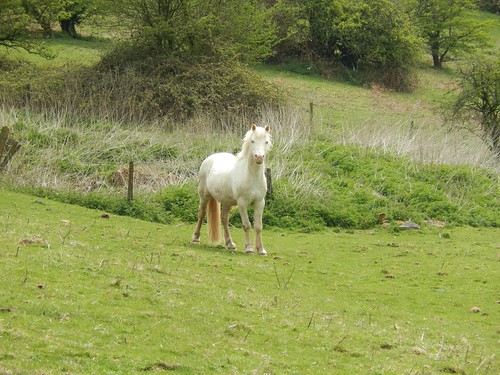 I’d set myself ahead of the final few behind and the horse saw me as the suspicious one to investigate… Maybe it just felt less intimidated, with one group having already passed? 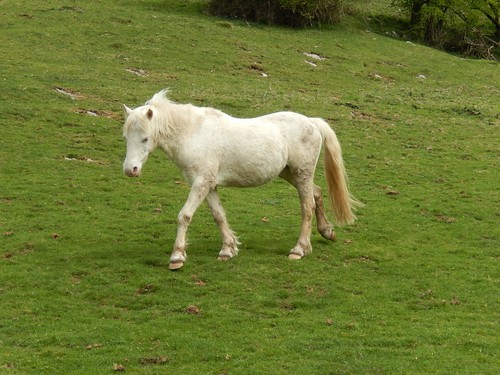 Thankfully, nothing more came of this (from my point of view). But as the others caught up, I heard of how one girl when to stroke the horse, one for it to react twice…

But we’re only talking about the fact that it broke wind and then let out a big splash of urine! Hardly the most pleasant and welcoming of creatures upon green Earth but the tale bought with it many smiles and much laughter. 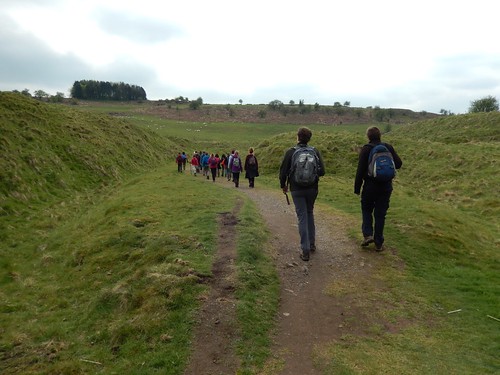 We soon reached Velvet Bottom (another stretch I know well) and this led us back around to Black Rock, where we would ultimately stop for lunch. Shortly after we sat down, we were informed there would be an explosion in this area after about ten-minutes… I think we were all taken about by its severity. I, for one, was expecting something akin to a large rumble of thunder – when this, in fact, carried the force of an oversized shotgun!

But we all survived (aside from the embarrassment of one woman who rolled backwards in surprise). 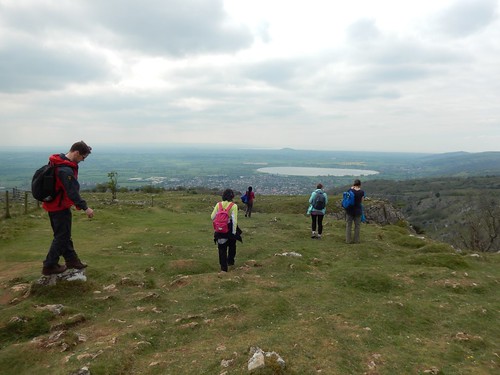 With just one climb left to go, we made our way quite swiftly and comfortably up the other side of the gorge. Something possessed me to race ahead and reach the gate a good ninety-seconds ahead of the next person (I call it training for another thirty-miles across the Mendips). 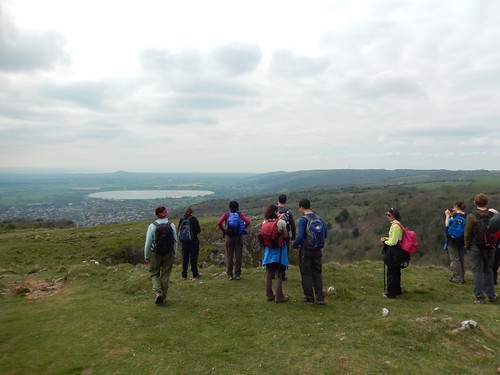 Cheddar Gorge, from this point, offers some of the best landscape views across all of Somerset. 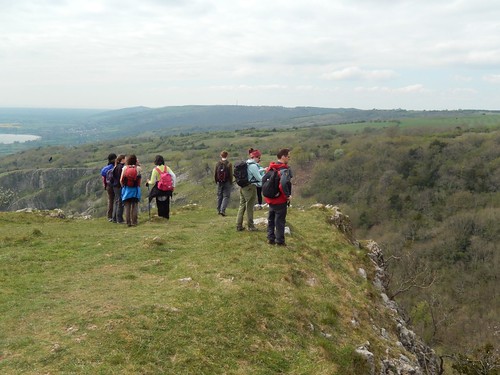 Even the clouds were beginning to clear, as we made our arrival to the top of the cliffs. 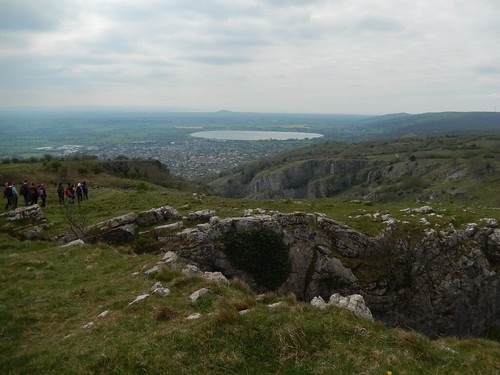 I’ve seen this view so many times now and yet, I never tire of it. There’s also a joy to be felt in witnessing the first-time experiences of others. 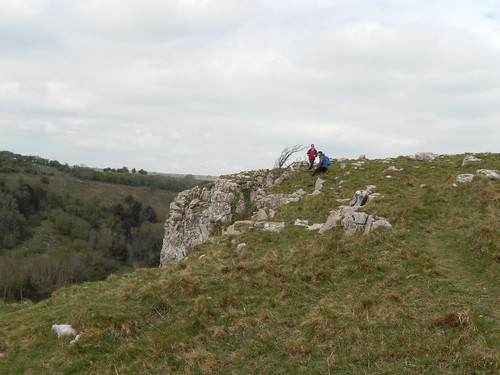 About half of the group made their way down to this ridge (apparently, it’s not as narrow as it appears from higher up). Naturally, the walk leader led the way. 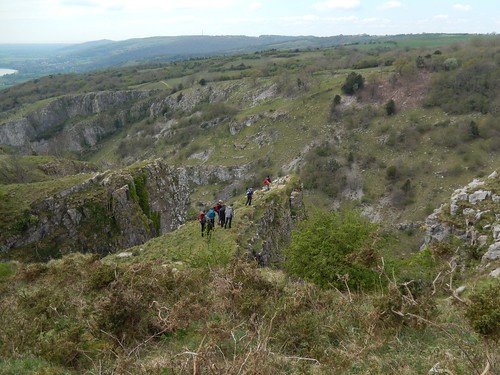 Unfortunately, she put her hands in something rather unpleasant! 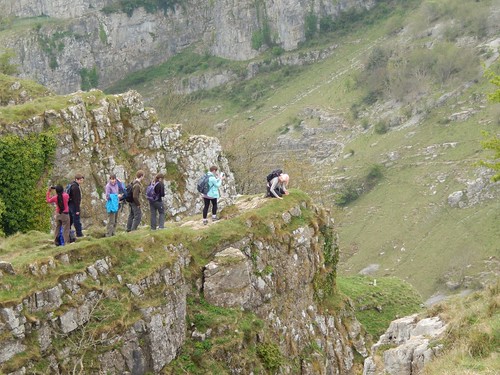 I must admit though that, with the constant winds and high number of people, I was reluctant to go down there on this occasion (not that I have any aversion to goat poo). 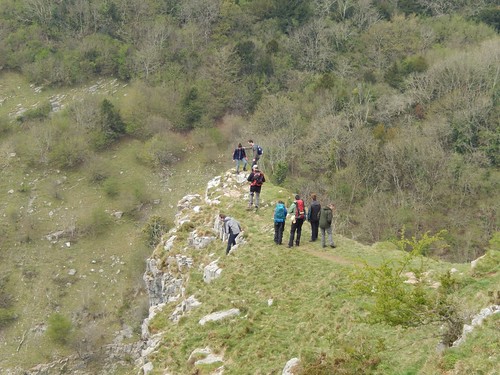 From there, we continued down Jacob’s Ladder before stopping for refreshments at the end of the walk. 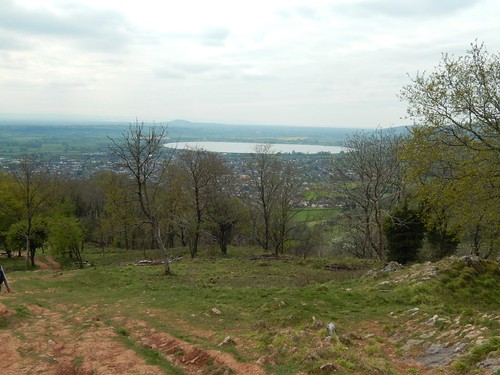 It was a challenge to accommodate all twenty-five of us in to one space. While I’m sure our custom was appreciated, I’m sure the team of staff felt a little overworked as we all queued for tea, milkshakes and cake! 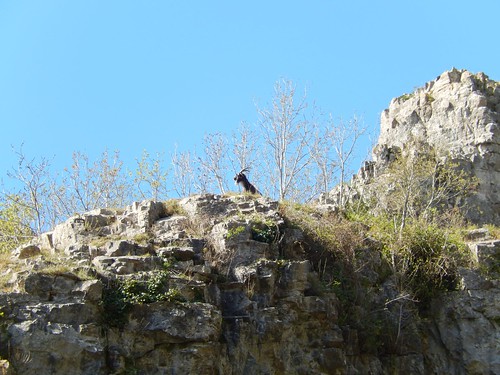 Best of all, the walk leader delivered her promise of fudge for us all to share! 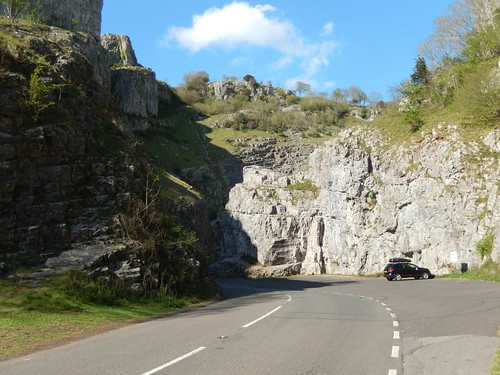 It certainly feels as though the walking group is continuing to grow, based on my experiences as a member for two-and-a-half years now. Had this walk appeared on the calendar twelve-months ago, I’d have expected no more than fifteen attendants. But it’s great that we’re encouraging new walk leaders to come forward as well.