This year’s Bristol Walking Festival is already under way and will continue up until the end of May. With many events and a variety of walks happening all through each week, it’s a great opportunity for Bristolians to get out, get walking, to explore a part of the city (or surrounding countryside) and perhaps learn something new, whilst sharing with a group of other people. Most events are free, with walks ranging from as brief as one-mile to anything over ten. 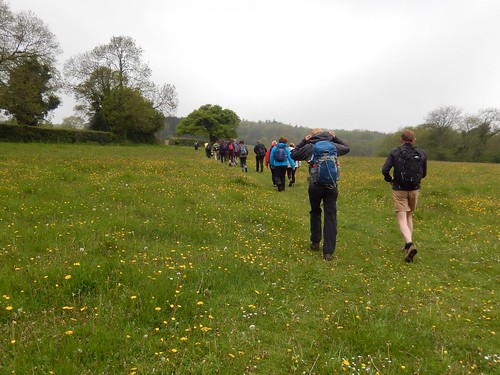 On Sunday, I made my first outing to one of these events – which was conveniently hosted by my own walking group (Brunel 20s and 30s) and aptly titled the ‘Mendips Wellbeing Walk‘. 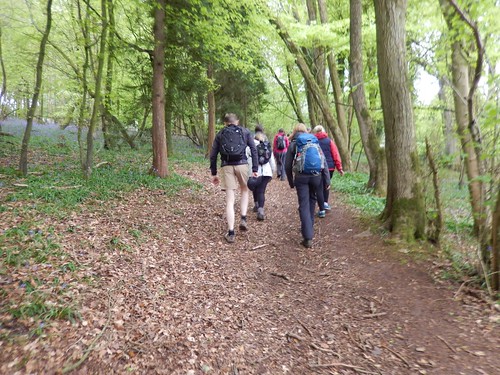 At ten-miles, this is certainly one of the longest walks you will find on the Bristol Walk Fest calendar. With several hills to climb, miles south of the city centre, it’s also going to be one of the more challenging events.

This walk began in Blagdon (on Sunday), at the free car park in the village that I’ve previously found fills up very quickly on a Saturday morning. I was the first to arrive, as I live nearby, while many of the rest had already met and arranged car-shares from a meeting point in Bristol. A couple more cars arrived, soon followed by recognisable faces and one walk leader. At this point, we probably had a good dozen of individuals, ready to walk. 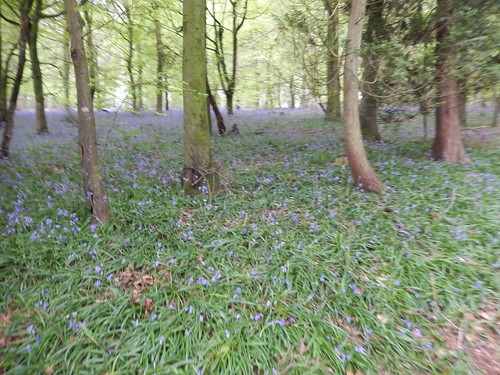 Another familiar face turned up out of the blue. Then, there were two more cars turning in from the road. Behind them, a line of traffic with the back seats filled in every vehicle… Maybe they were here for the North Somerset Arts Show? 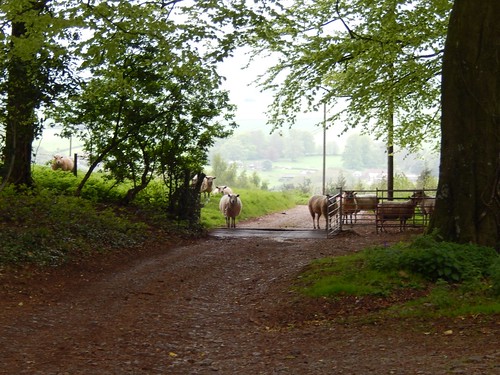 We filled that car park, leaving no room to spare. One of our drivers had to find their place at the side of one of the nearby roads. Before we set off, I believe the final head-count came in at FORTY-SEVEN!! Although only a few shy of the record-number achieved on a similar walk around twelve-months ago, this was without doubt the largest group that I had walked with. I wonder what it must’ve felt like to newcomers who’d arrived via the festival… 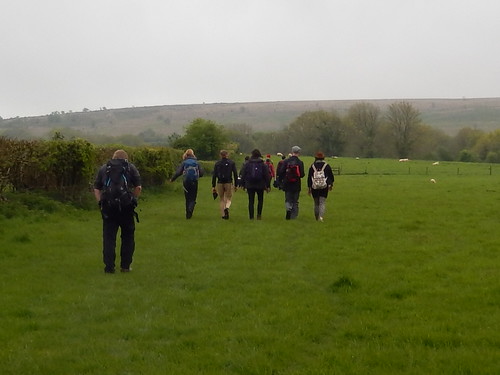 From Blagdon, we took route heading gradually uphill and in the direction of Burrington Ham. From which, we could cross over the road that divides Burrington Combe to reach; Black Down; an integral portion of the Mendip Hills. 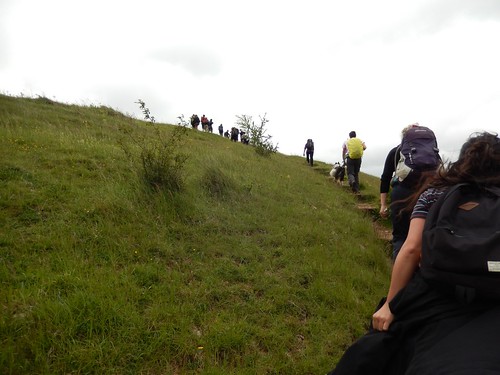 I was expecting us to head straight up to the trig point (also the highest peak within the immediate vicinity) but instead we turned west, walking almost parallel to the road and in the direction of Dolebury Warren, an iron-age hillfort. 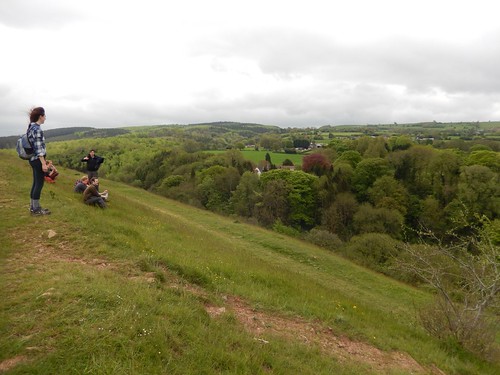 After a long stretch of woodland (along paths I’d not previously walked), we arrived at a series of steps climbing the hillside… At the top, we would stop for lunch. 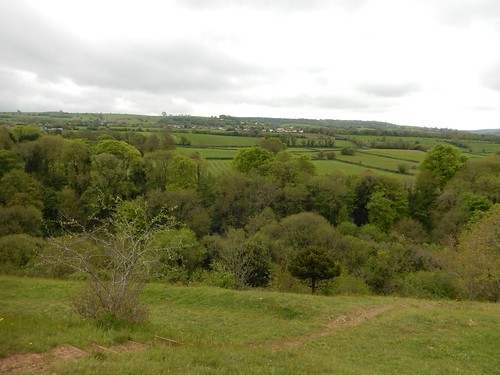 Most of us sought shelter down inside the hollow created by the ridge of raised earth that borders the site. Even here, the wind was somewhat persistent. Outside, as a fearless few left to enjoy the views soon had to concede; it was too much for a prolonged sit down. 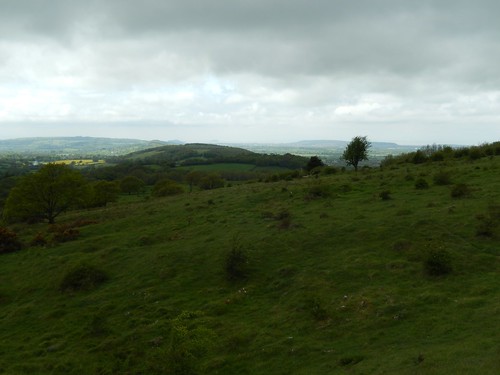 There had been a posed threat of of rain from the moment we stepped out of our cars. Many had already donned waterproof jackets (myself, included). After lunch, as we marched on a return towards the heights of Black Down (skirting by the northern edge of Rowberrow Warren), the sky only grew darker, as the intensity of the wind began to increase. 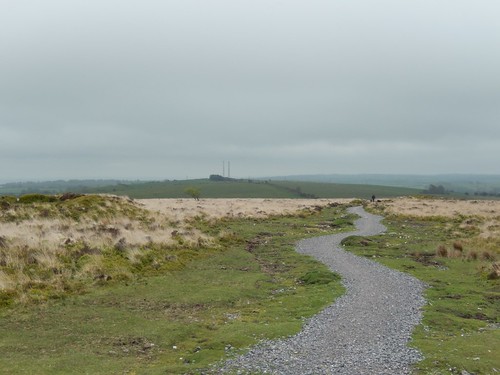 As we reached the trig point, we managed to squeeze every last one of us on top of the mound. I wasn’t the one to take the group shot, or else I’d share it with you now. 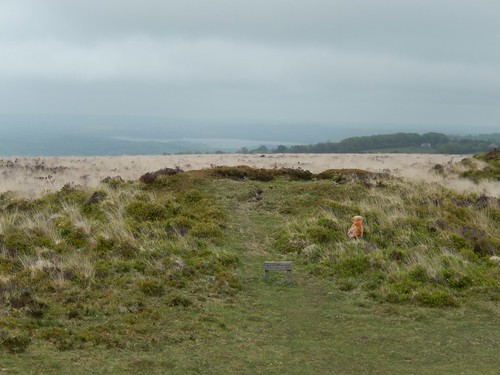 With the most challenging sections of the walk complete, we were destined for a series of descents from here on, with the view of Blagdon Lake become increasingly clearer. 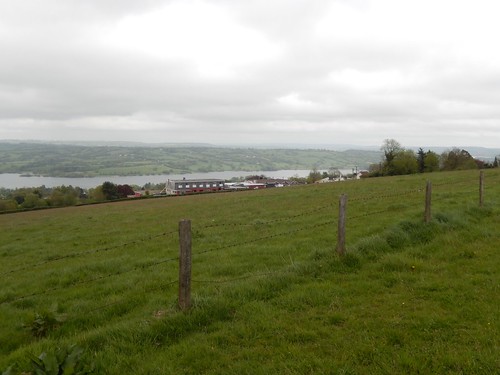 Before a rendezvous with our vehicles, we stopped off at a convenient pub. Now, not only did our return route happen to pass right by its doorstep but, once inside, there was less than a handful of other customers… To put it lightly, with our ensemble of forty-plus, we acquired every last seat or stool and made the bar staff sweat when they were probably anticipating a far more relaxing end to their weekend! 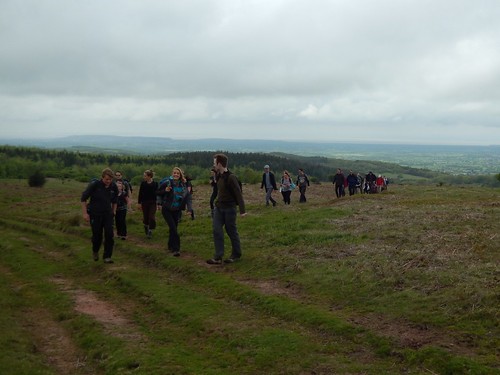 Brunel are leading another walk this Sunday that covers a similar area of the Mendips and that is also part of the Bristol Walking Festival. I won’t be taking part though, as I’m actually leading a non-festival-related walk elsewhere! 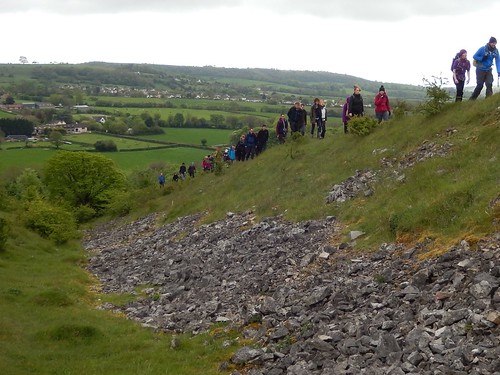 Thanks for reading and do take a look at the Bristol Walk Fest programme if you haven’t done so already.