Following on from Part 1, it’s now time to enter the Carriage Museum at Arlington Court. 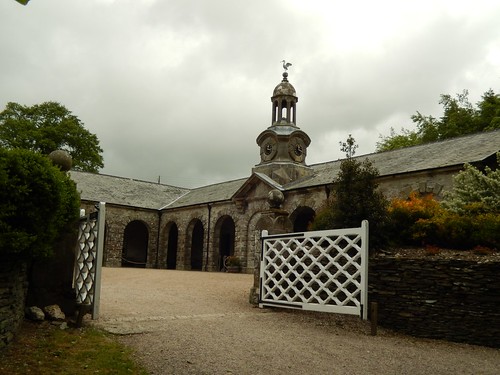 My main reason for entering this area was simply because it was there and that, with my bright-orange membership card, I’d be able to explore it without having to pay an extra penny. I’ve never been overly-interested in horse-drawn carriages. 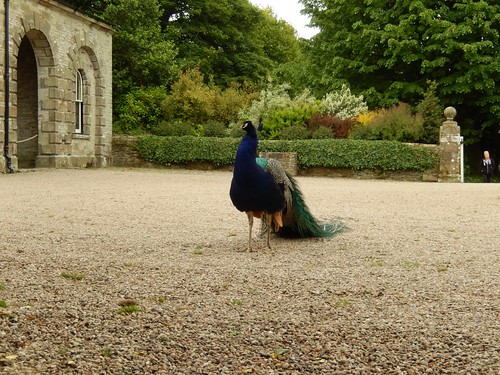 Although, I did spot this peacock inside the courtyard (which suddenly explained why there were signs exclaiming that you should not feed the peacocks). 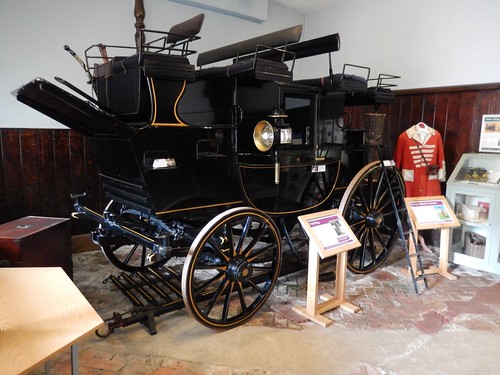 Entering the first room on your left, you’re greeted by a member of staff who’s full of information, enthusiasm and only asks to see your ticket or membership card. Photos were allowed in this area and it was clear for me to see that the carriage museum attracts its enthusiasts (I overheard one woman referring to how her grandfather used to make them). 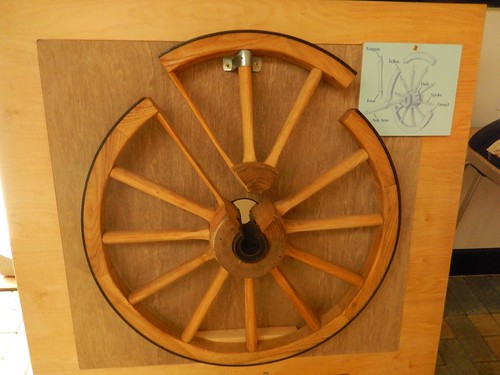 I must admit to getting a bit excited when I saw this dissected, spoked wooden wheel against one wall. 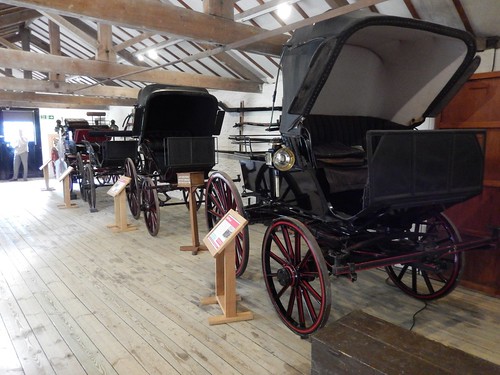 Photographs are also allowed in the second area, which has a floor above and the woman who first greets you also offers clear direction around the courtyard buildings. 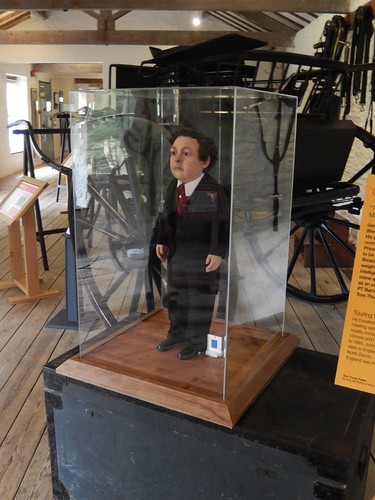 Up the stairs and just beyond another staff member who was happily sharing her knowledge with a pair of other visitors, I noticed this life-size replica of General Tom Thumb… And I’d only thought his character was fictional! 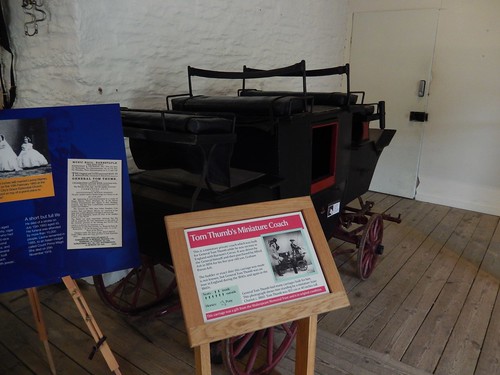 They also had his miniature coach on display. 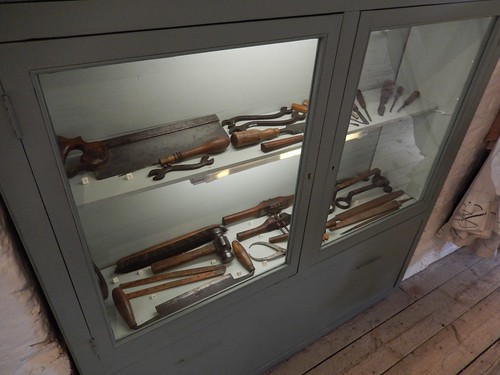 Along the other wall, I found a display of a coachbuilder’s tools. 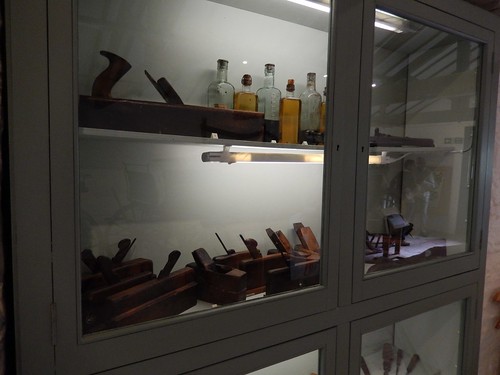 Was it deemed acceptable to work under the influence of alcohol then, in the absence of powered machinery?

One attraction you’re prohibited from photographing is the Speaker’s State Coach, which is shielded behind a black curtain from natural light. I thought it was gold or brass-plated but I’ve just read that it is in fact gilded and is currently on-loan from the Houses of Parliament. I guess they could also be worried about the damage a few thousand camera flashes could do, which is why there’s a CCTV camera pointing straight down in to the viewing area, with the carriage itself detained behind glass. 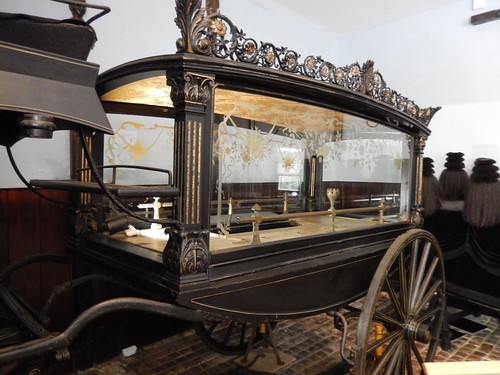 It was impressive in itself and the photo I’ve borrowed does not due it enough justice. I was at least able to admire and share with you this glass coach, which might have been used to transport coffins. 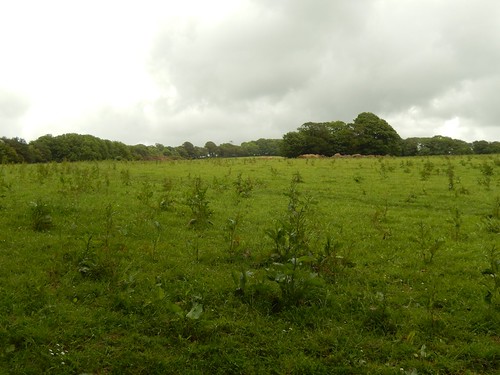 Leaving the wood and wheels behind, I decided to set off on a little walk around the farthest reaches of the estate. 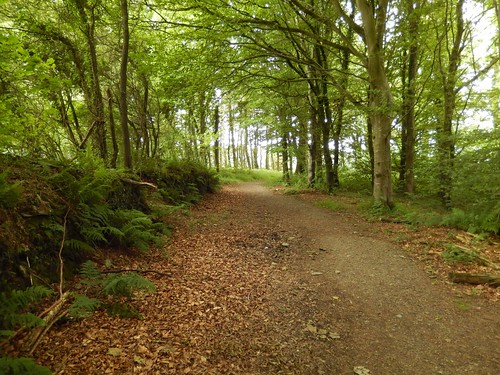 There’s a three-mile long trail for the invitingly-named Deer Park Wood. Waymarking along the route is clear and easy to follow. It’s not overly intensive, provided you begin at the start point as indicated on the visitors’ map. Although, this is a slight incline to the path as you near the finish, close to the main entrance to the estate. 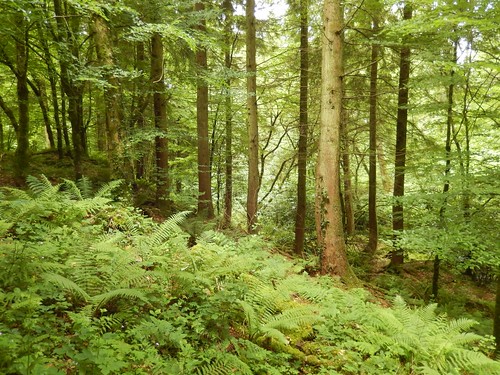 But for all the trees, I did not see a single deer. 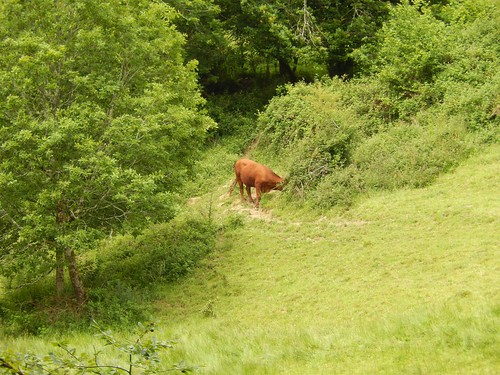 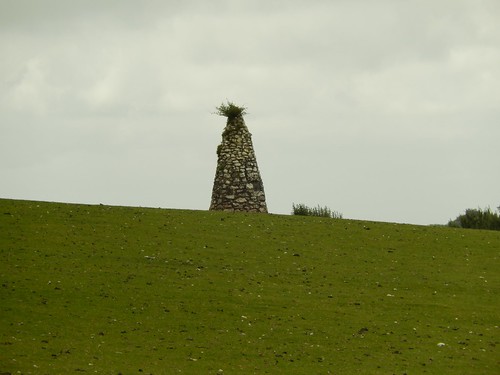 I spotted this stone structure from afar. It’s even printed on the visitor map. Yet, I could find no reference or explanation as to what it was or its intended purpose. With public rights of way spreading elsewhere, I wasn’t legally allowed to get in close enough for a proper investigation. 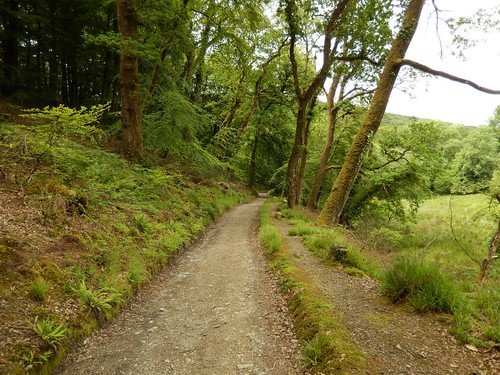 It’s a nice walk though and, aside from passing one family very close to the beginning, I almost had the full luxury of these woods to my own company. 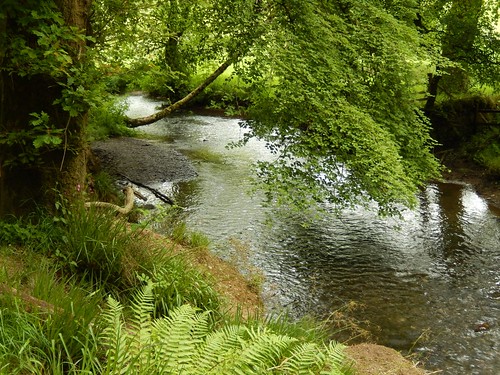 Towards the end, you pass by the resting place of Rosalie Chichester, right beside the lake. 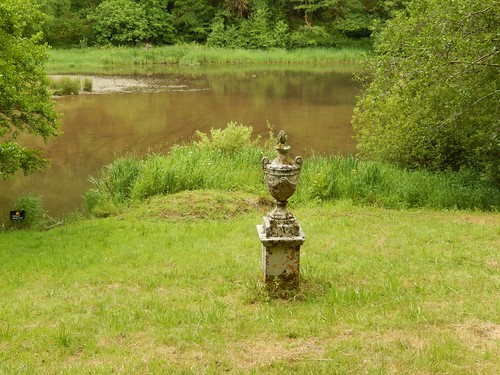 There’s another waymarked route known as the Centenary Walk… But as the Deer Park walk had already cost me one hour, I decided to save it for another occasion (I was still hoping to reach another National Trust property before the ninety-minute drive home). 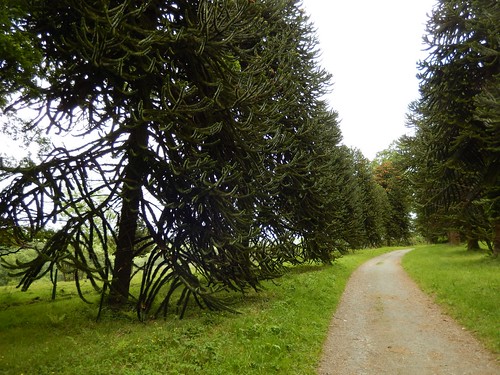 On your final approach to Arlington Court, beside the play area, your route is lined with monkey puzzle trees down each side. I could not recall a single previous occasion where I had seen this species. 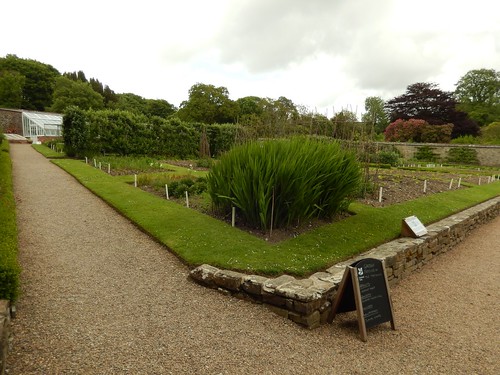 Elsewhere and, rushing myself so that I could conserve enough time for one more stop along the drive home; you can find a Walled Garden with its own locally-produced goods on offer. 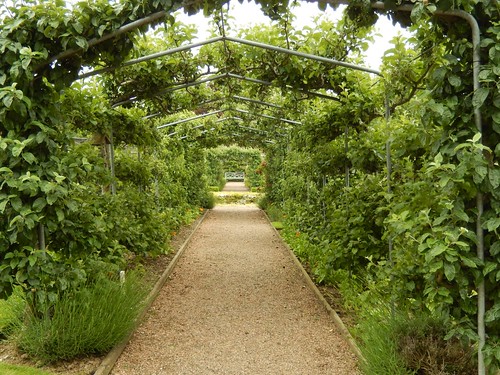 While the other garden is quite grand in its own right. 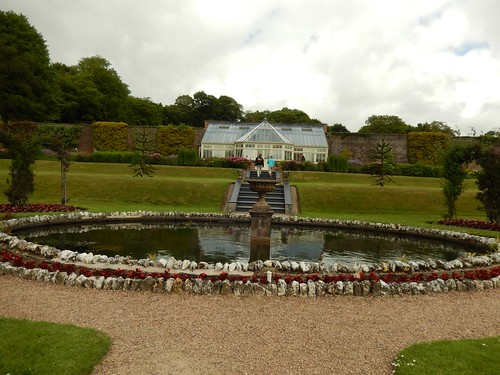 It was about 14.00 by the time I was back at my car and (almost) ready to head off on an easterly return, before turning north up the M5. 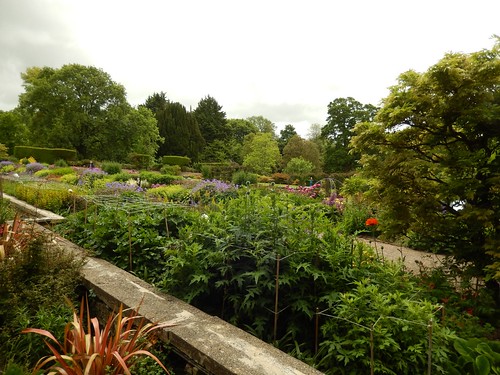 I survived on a few snacks stored in my car, having skipped a proper lunch break in the aim of saving seconds. But there is a café on site, along one side of the main house. I hadn’t expected to spend even two-hours exploring this place but I could easily return and wile another day away. 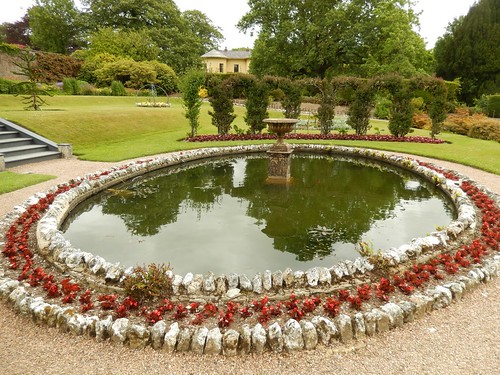 Thanks for reading. If you’re ever in the vicinity of Barnstaple, North Devon then I highly recommend you pay Arlington Court a visit.

For a complete set of 96 photos from my vist, please click here.