On the return from my visit to Arlington Court, the day after completing half the Exmoor Perambulation; I decided to stop off at Dunster Castle, which was another National Trust property I was almost certain to pass on the long drive home. 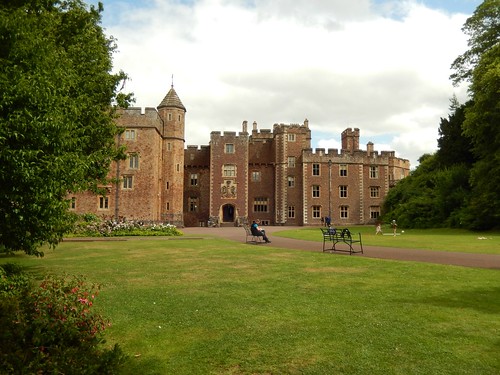 I’d intended to make this stop all along; I only hadn’t anticipated to have spent so much time in Barnstaple. From there, West Somerset’s medieval village of Dunster was still a good hour away, yet only have that distance from the camp site I’d vacated in the morning. 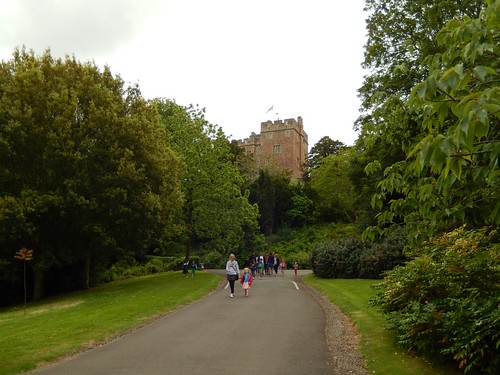 This was my first official visit to the main premises, beyond manned entrance. Back in April 2013, I walked past here as part of my first walk on Exmoor, led by another Ramblers member and at least half-a-dozen others. 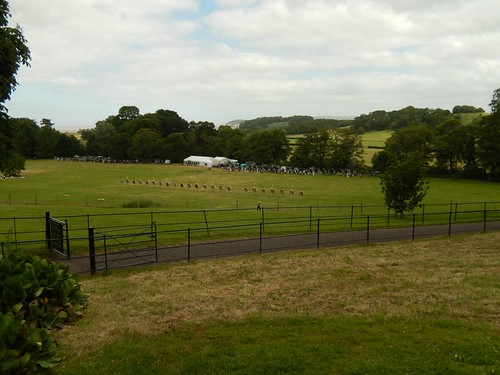 From the car park, I could see an archery event was taking place in the adjacent field, with bows and arrows pointed in the direction of the many parked cars… Fortunately, none of my tyre walls had been penetrated by the time I returned. 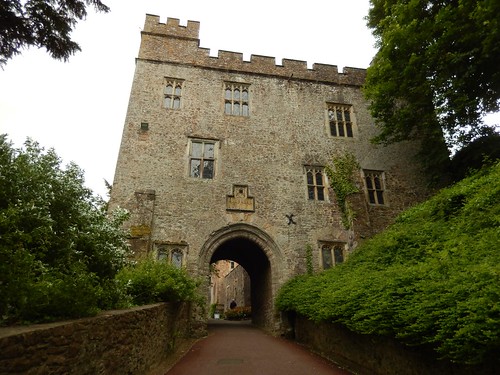 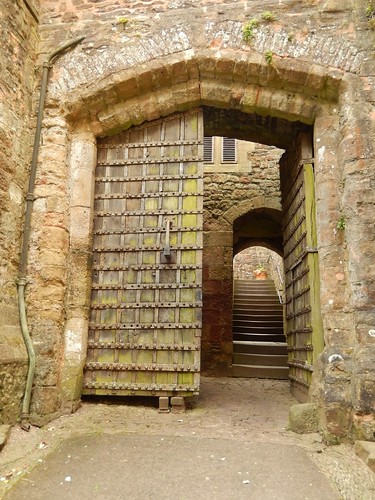 It was about 15.00 at the time of my arrival. A number of visitors were already making their return to the car park, while it clearly wasn’t empty in the estate beyond. Yet staff were on hand to advise me that I still had an hour before the last final admissions were allowed in to the castle. I was also beginning to enjoy being a National Trust member; simply handing over my card to be scanned in an instant. 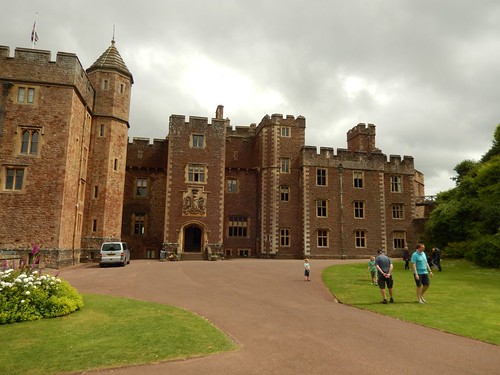 Very conscious of time, I made my way almost immediately to the main castle to explore its interior. 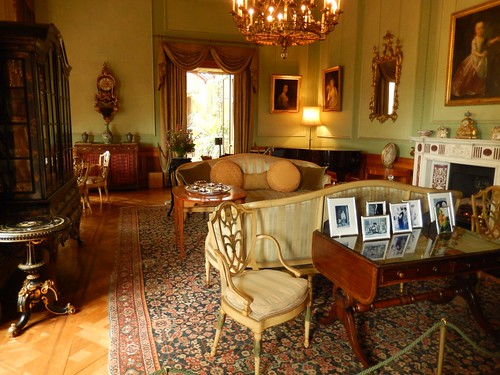 If there’s one thing that stood out for me, it’s that Dunster Castle appears to have less ‘roped-off’ areas than some of the other National Trust properties I’ve visited. 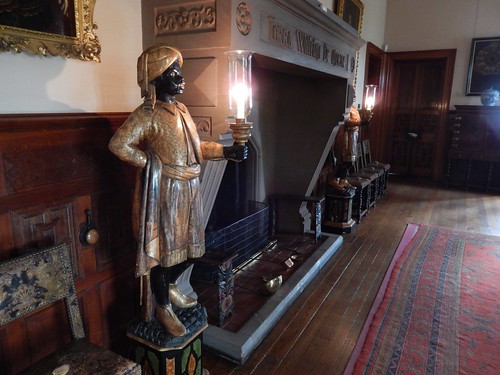 Signs on the way in warn that you must remove any backpacks (as well as a prohibition on the use of flash photography). I handy mine over, in exchange for a number I could later use to reclaim my bag. But the assistant exclaimed at the severe weight of my backpack, eager to know what I had inside…

Basically, I was still carrying a good 2lt of water from the walk twenty-four hours earlier! 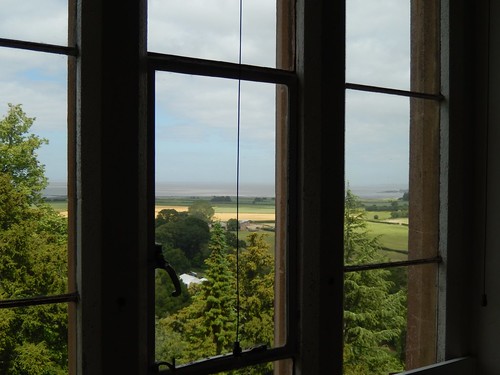 From the northern walls and windows, you can get a good vantage out to sea. I imagine the view was less obscured several hundred years ago. 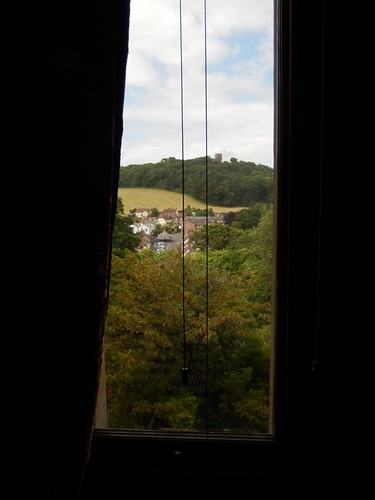 Elsewhere, you could look clearly up to Conygar Tower – one of several follies constructed within the local area. 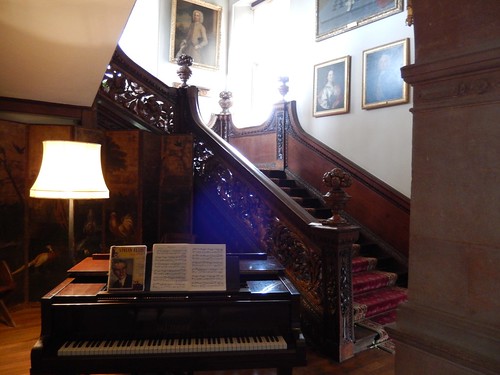 I eventually made my way upstairs but was quite taken in by the scale of this staircase. 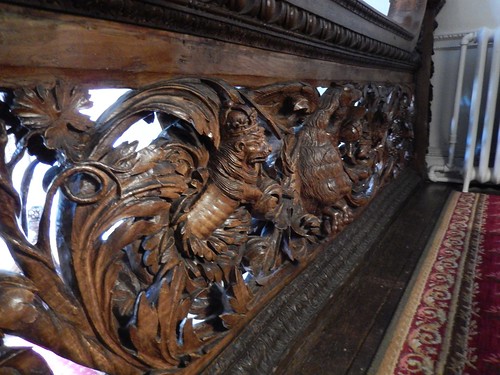 If I remember correctly then, the timber used here was elm. 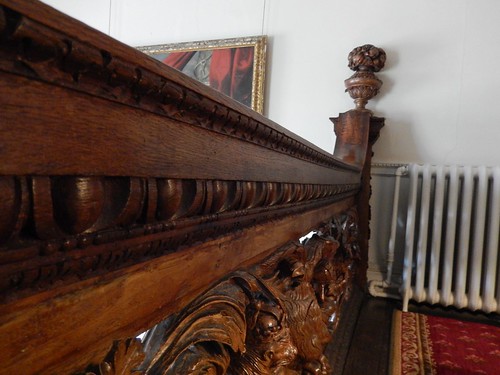 It was staggering to then read that these handrails were originally 9in square beams (about 230mm)… I wouldn’t know where to by 9in x 9in softwood, let alone any species of hardwood these days!

Browsing through the bathroom, I had to stop and wonder why we don’t see more wooden bath enclosures these days, as they certainly look a lot more appealing than the standard today… 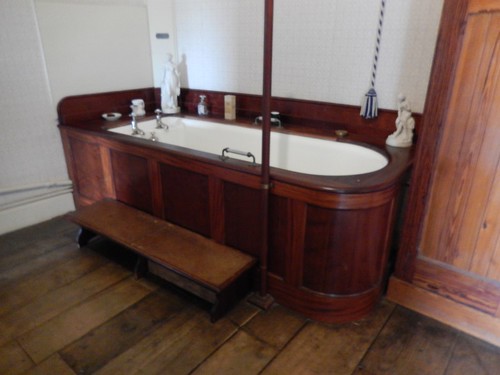 Then I remembered; I’m more of a shower-man, anyway.

There was a pool table in one room, with clear instruction not to attempt to play with it. 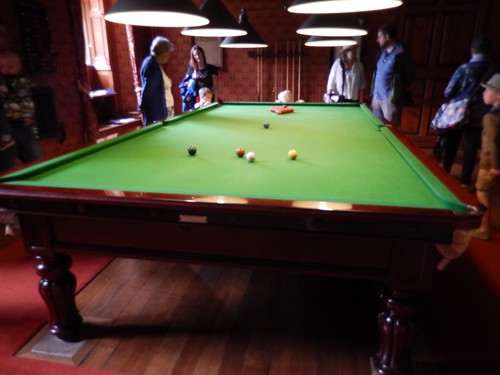 I can only imagine that, at the end of a long week or even, at Christmas time; the staff don’t sneak up here once the doors are locked and start chalking up the scoreboard… 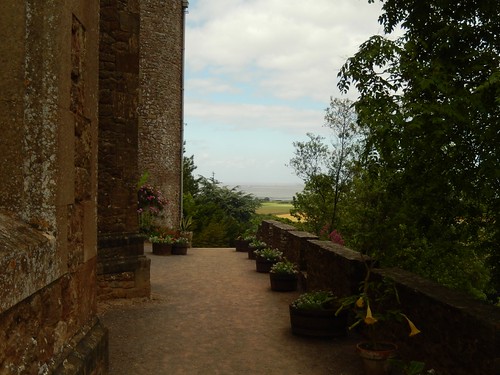 In need of fresh air and, after reclaiming my baggage, I made my way outside. 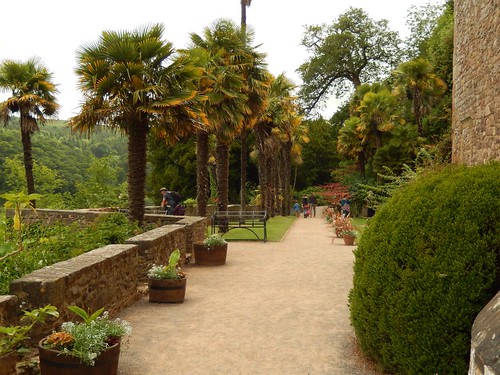 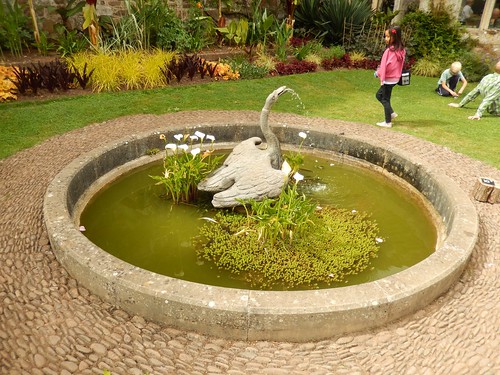 There were certainly some unique features to the surrounding garden. 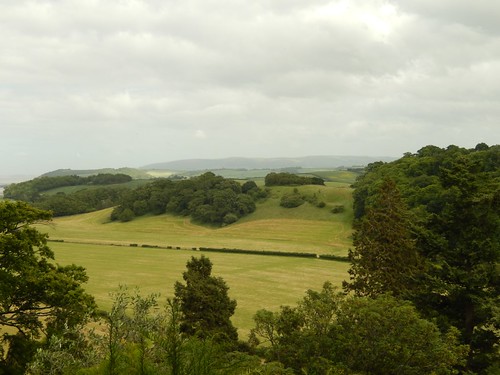 Not discounting the fantastic views east to the edge of the Quantocks. Next time I’m walking up on West Quantoxhead or Bicknoller Hill, I’m going to have to stop and see if I can spy Dunster Castle. 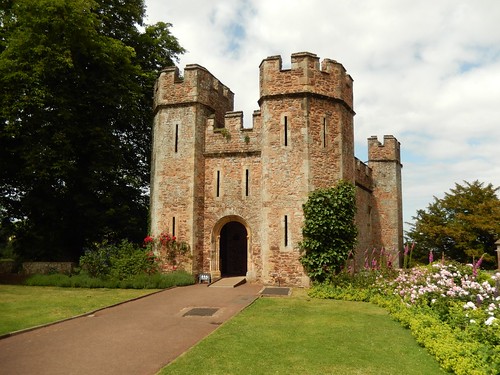 Making my way back down the steps towards the main entrance, I turned in to The Crypt; an area that had earlier caught my attention on my way up to the main building. 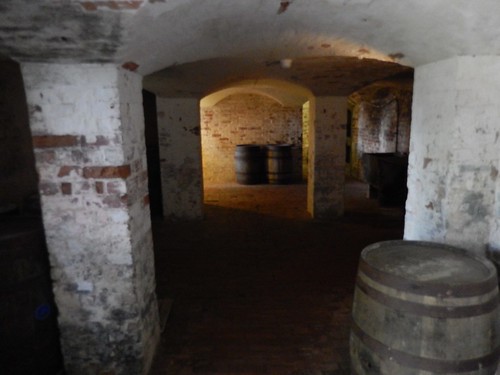 It seemed as though it was historically used as a food store and, by nature, it was also the coolest within the estate. But not with out its air of mystery, discomfort and paranormal speculation… 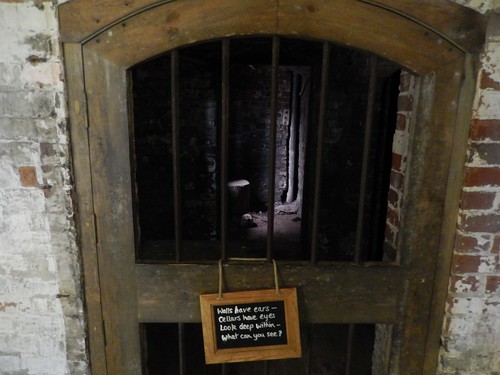 I swear to you, that I saw a ghost beyond these bars… That doesn’t mean to say that it was a real one! 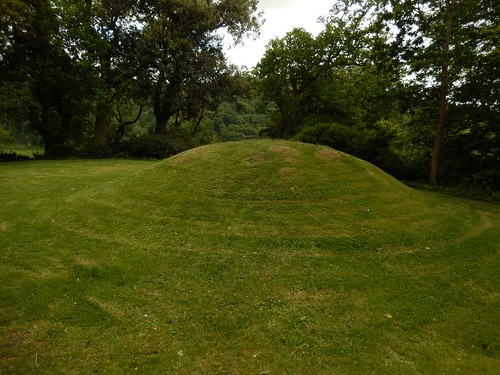 Further away and higher up, I found an old barrow or burial mound. 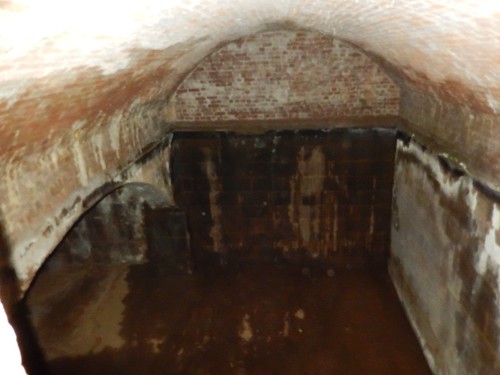 Closed to that was the locked entrance to the underground reservoir which, up until only a few decades ago, served the entire village population with water. 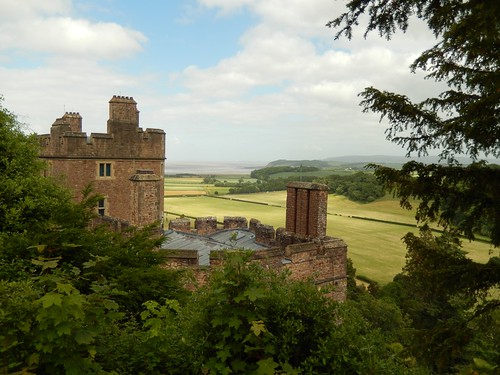 By now, I believe it was about 16.30 and I wasn’t going to have time to visit the rest of the estate in its entirety. Plus, I still had to complete a ninety-minute drive home – which, unknown to me at the time; would be disrupted by roadworks on the A39 and then  heavy congestion on the M5 northbound from J21 and on.

But as it’s not a million miles from home and I do intend to explore a bit more of Exmoor (and the south-west coast path) as time goes on, I know I’ll have further opportunities to see the watermill and everything else I missed in my brief visit on this occasion.