As I discovered a few months ago, I really like carrot cake. I forget the occasion as to why I made these (other than the fact that I was feeling greedy) but I was able to share them around with a few people and there was nothing bad to say. 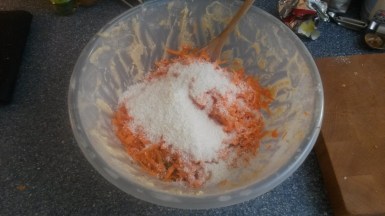 You can find the recipe in Sarah Flower’s Halogen Oven book on baking. 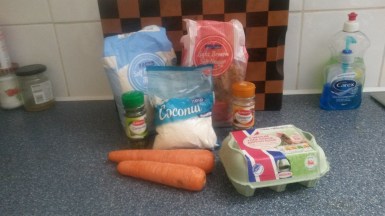 That photo reminds me that I’d bought a bag of carrots in Lidl and, as it usually takes me a while to get through them all, I thought that this recipe would make for a convenient excuse. 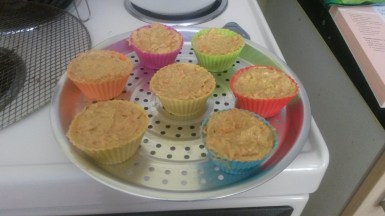 Again, I used silicone muffin or cupcakes moulds, sat on the baking tray and baked the the lot in two batches to avoid having them all mould together… 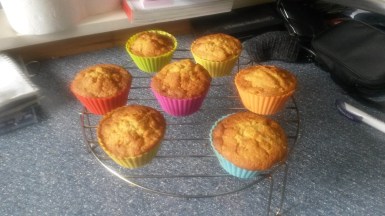 Once they were done, I put the second load in while the first batch cooled. After that, it was time for icing.

In the original recipe, it calls for the use of buttercream… I don’t know what buttercream is and I couldn’t find it even in a larger supermarket. So, in the name of simplicity, I mixed up some icing sugar following a water-based recipe on the back of the box and made a rather delicious mess! 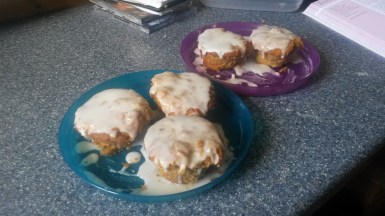