Soon after finishing my walk that began and ended in Dovedale, I left the car park with an eye on returning to the camp site about thirty-minutes north… 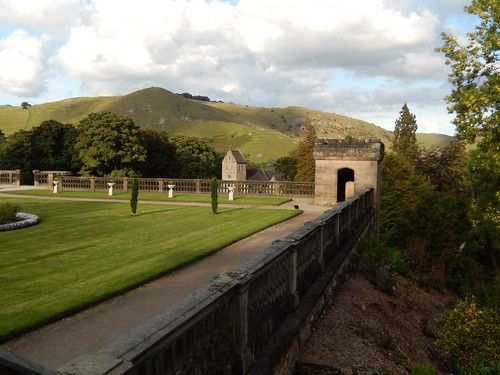 My other eye, however, was fixed on nearby Ilam Park. 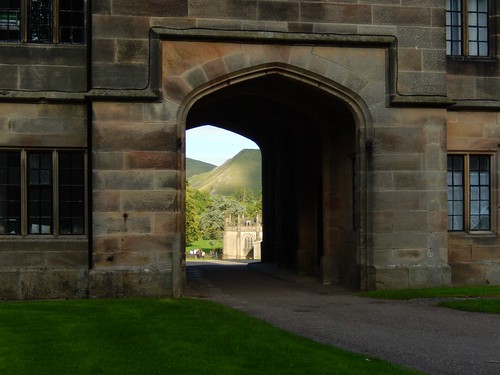 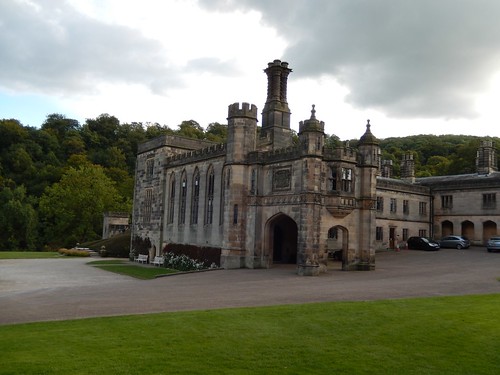 This is a country estate that appears to be managed, at least in some part, by the National Trust. With my membership in two, I could have happily parked here for the day and saved myself £2.50. But, as the gates weren’t locked upon my arrival (roughly 18.00), I decided to park up and have a look around. 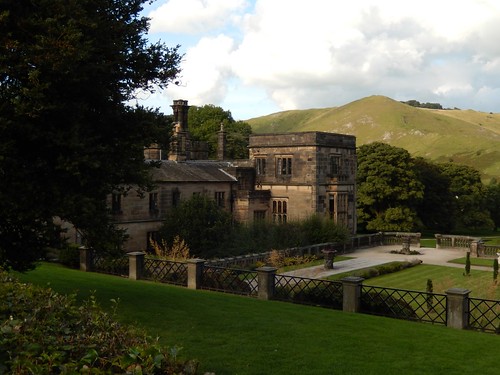 I think I’m right in saying that the National Trust have one of their usual shops here, where you can purchase gifts and snacks during the opening hours. Ilam Hall itself houses a Youth Hostel. 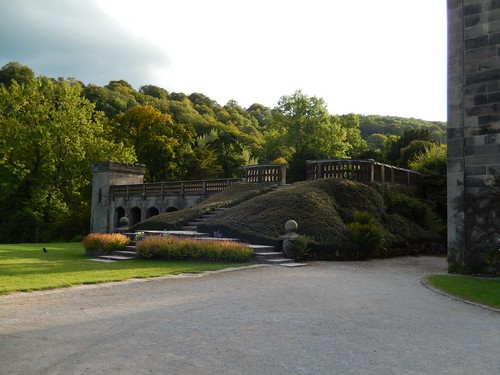 There’s no interior to explore as such, although you can admire the architecture, not to mention the surrounding landscape, from the exterior. 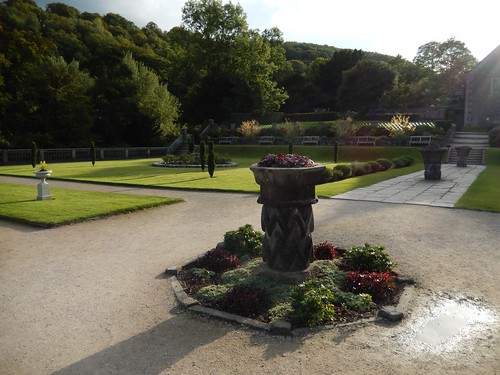 Upon a raised area to the west of the main building lies an Italian garden. 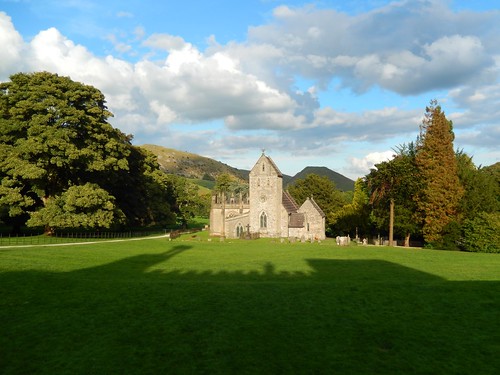 To the south of the site is an independent church. 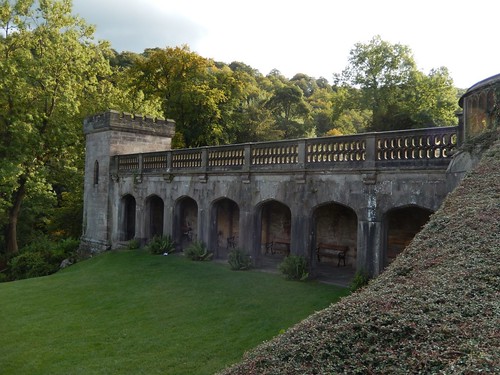 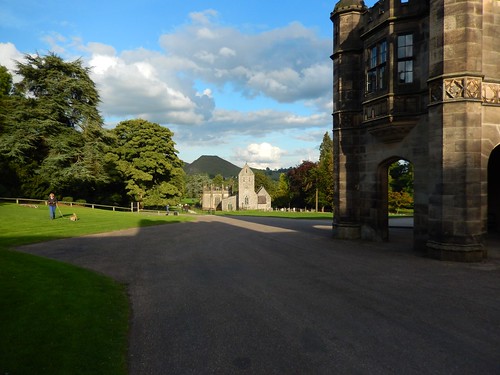 Overall, it seems like a very popular space for outdoor recreation and dog walking. Where Bristol has Ashton Court; Ilam Park’s estate is only a short drive from Ashbourne. Not forgetting its close proximity to Dovedale and the White Peak. 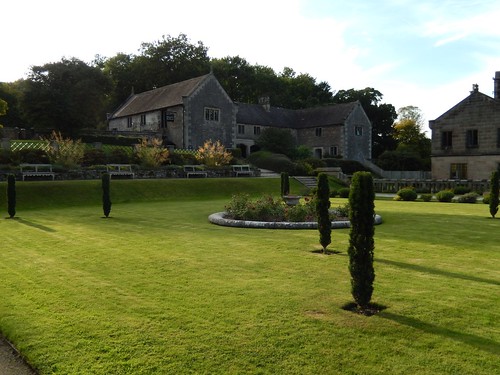 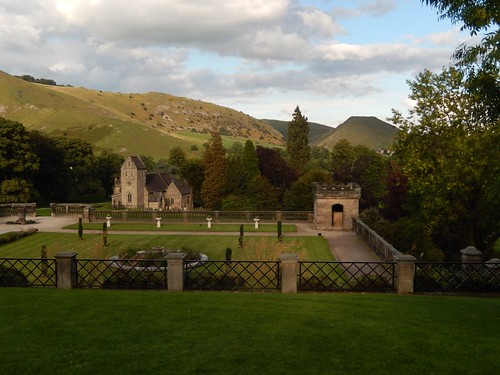 There was one more stop on my list before I returned to my tent for the evening and I’ll write about that in my next post.

One thought on “Ilam Park”