As if I hadn’t already crammed enough in to my main day of hiking, away in Derbyshire; as the post-summer sun began to dip beyond the hills, I made one penultimate stop before arriving back at my tent; guided by the earth-coloured signs of English Heritage. 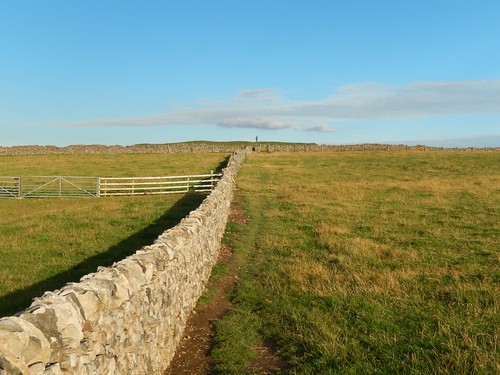 Heading in to this weekend, I had a mind set largely on days of hiking and putting my National Trust membership to good use (when not seeking shelter from the storms). More often than not, I’ll stick to my plans amongst unfamiliar land. But there was something about a stone circle that lured me in. It was never going to be as grand as Stone Henge (which, even an hour’s drive from home, I’ve still yet to visit) but as I was in the area and may not be passing by again before heading home, I decided it might just be worth it. 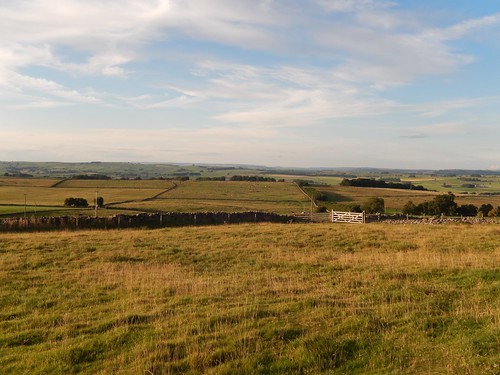 Like many of these preserved English Heritage sites, there’s no official car park – although, I was quite pleased to find that the landowners had made a lay-by available (including a colourful home-made sign) on the private drive leading up to their farm.

That’s where you’ll also find an information board with a few details on the history and a may quite clearly outlining the strictly permissive route through the farmyard and out across the fields, which are often used for grazing sheep.

A small fee is payable for your privilege (£1) to venture further and they appear to operate upon an ‘honesty box‘ system, when the post isn’t being manned (presumably by one of the farm’s occupants – considering you are crossing their land). In a rare occurrence where I had spare change, I was happy to drop a coin in the box.

I found my way without any trouble. As Arbor Low Stone Circle soon came in to view, I could see a man stood on top of the the outer ridge… Moments later, I would read that he probably wasn’t supposed to do that, in order to reduce the effects of erosion (he said hello so, I’ll let him off). 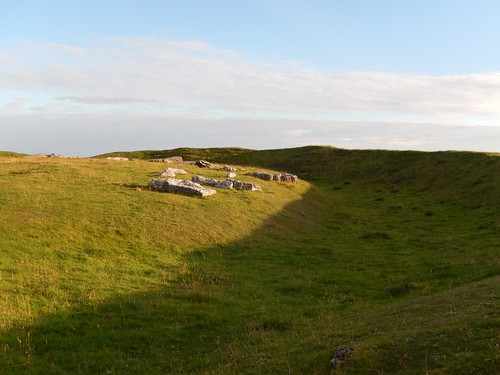 It’s one of those sites that I imagine is easier to capture using a camera fitted with a wide-angle lens. Walking the ditch from one side to the other, you get a true sense of its scale. Almost like striding through a large crater. It’s more impressive still when observed from an aerial perspective. 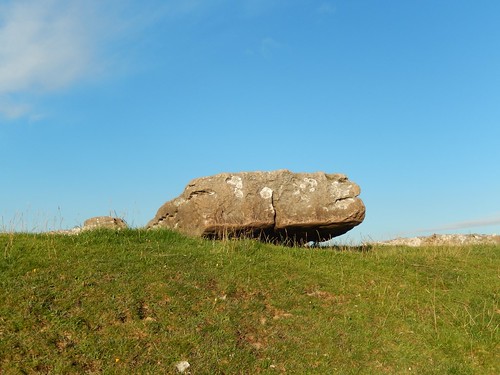 From here, it was only a short walk [I’m fighting the urge to include a pun with the word stone…] to the site Gib Hill barrow and the path ahead was quite clearly worn in to the ground. 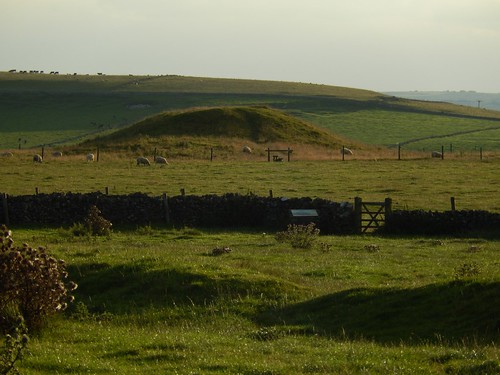 I wasn’t sure whether the track you can see had been created by man or sheep… It looked so well defined that I took a chance and walked to the top. 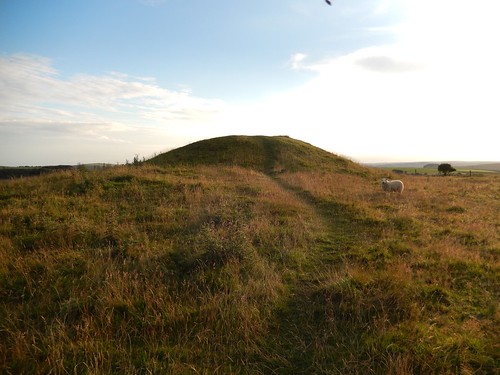 If I remember what I had read correctly then, I believe excavations took place on this site several decades ago, with all entrances having been sealed up since, in favour of preservation. This seems to be the case for many of the barrows (long and short) around Britain. With so many still inaccessible amongst private land with no right of way, I feel we have a duty to continue visiting these sites where we are allowed to explore. 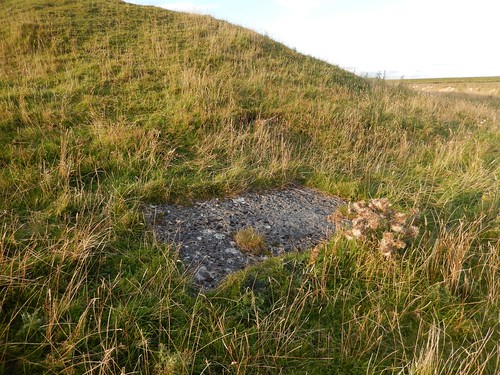 Whether sites like this are to your liking or not, this was a fantastic evening to be out in the Peak District. 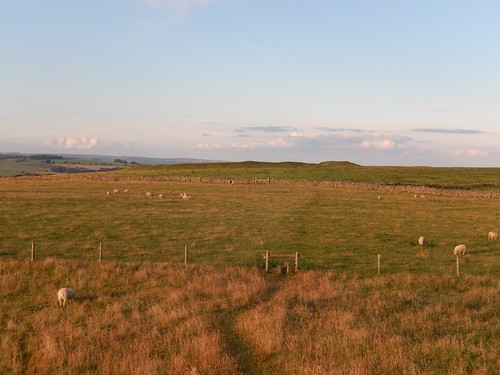 From Gib Hill, the farm buildings aren’t immediately visible. You have to take a bit of a punt, following an undefined path between livestock, before returning to the gate giving access to the yard. I’d guess most people walk one way, exploring each site before retracting their steps. 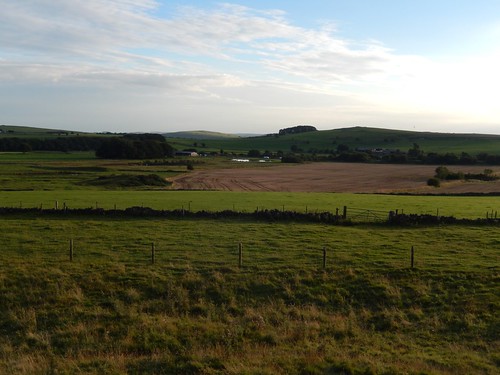 On my return to the car, I noticed the money box had been closed (there were four or five £1 coins there when I arrived) and I could see another couple of people making their way up from the road (clearly, they either hadn’t seen the multi-coloured-yet-unofficial car park sign or, they were uncertain, as I later saw their car squished to one side of the road). 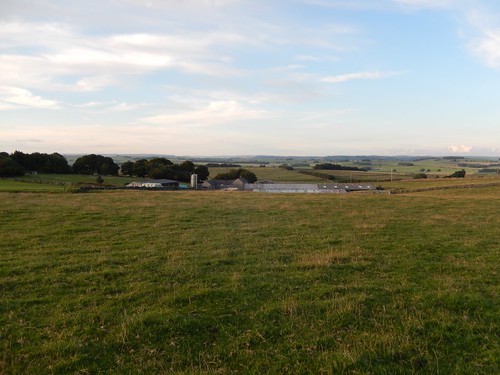 If you ever find yourself in the Monyash area of the Peak District, happen to spot one of the brown signs while driving through Derbyshire or just fancy an impromptu day out when the skies are clear, I would heartily recommend it. This space is unlikely to be flocked with tourists.

…Now, I can at last begin writing about what I did on the Monday! 😉