We left Caernarfon Castle with two options to ensure our return to the cottage:

Walking the six-mile distance wasn’t an attractive scenario, with my OS map still in the boot of the car we’d waved goodbye to a few hours earlier, it would’ve meant following the roads of reassurance… For a good two-hours. 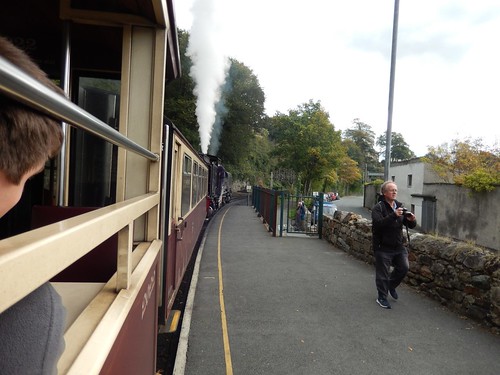 So, we each payed for our one-way tickets to Waunfawr and hopped on to the Welsh Highland Railway. 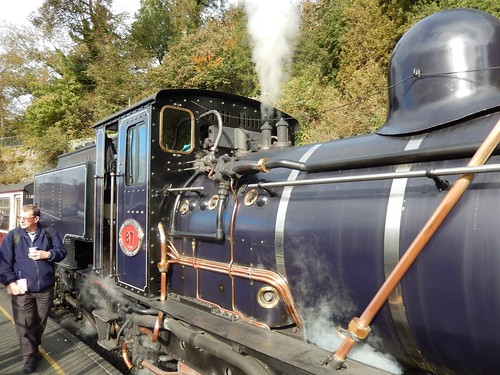 An adult single ticket cost us £8 each. I thought that was a fair price, considering we’d get to ride on a steam train. 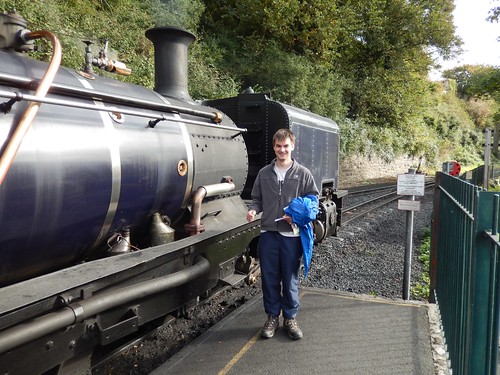 I hadn’t been on a train for more than twenty-years, as far as I could remember. While this was somewhat of a novelty experience for me, it was fair to say that there was no-one in the town as excited as Will (pictured above). 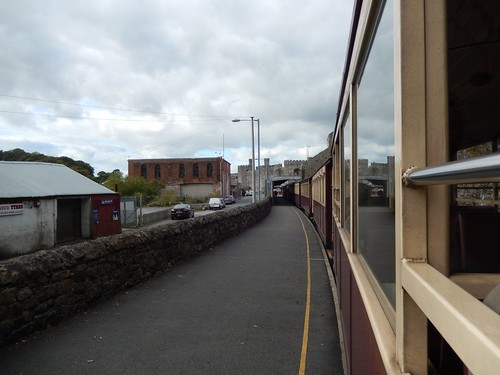 We seemed to be the only passengers brave enough to bear the brunt of the nature, riding in the second carriage, which was almost entirely window-less.

I genuinely believed we were the only people riding on this train, aside from the conductor and the engineers. 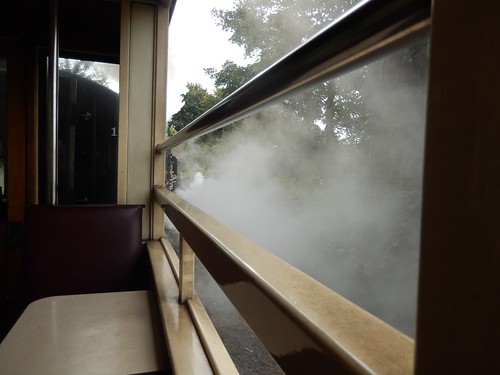 Taking a window-less seat has adds to the excitement but you have to be prepared to accept that your going to end up with tiny lumps of coal in your hair and eyes… Each time we passed under a bridge, clouds of warm white vapour (remember, steam is invisible) would stave off any threat of over-exposure to the the passing air. 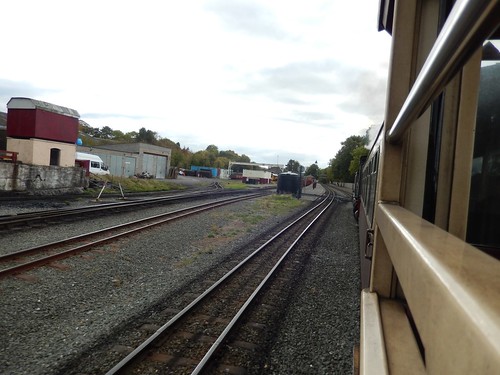 We passed a couple of stations before reaching our own departure point. It seems as though the larger stations are compulsory, while small platforms are only provided as request stops. 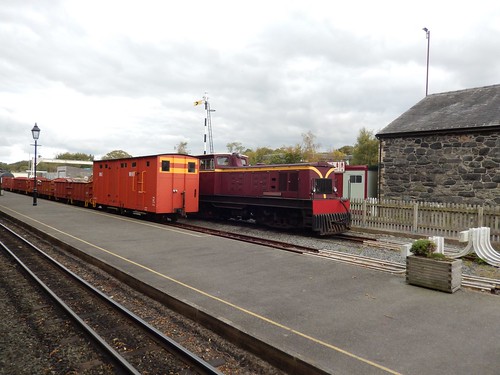 Although that larger one is a diesel engine, the one below appeared to be up on display at one station we passed: 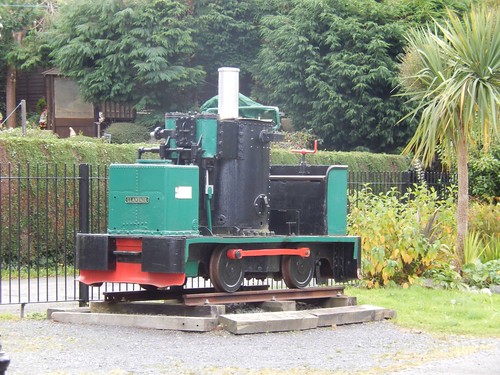 It must be quite a sight, taking the train in the other direction, towards Caernarfon and witnessing the castle rise in to your line of sight. 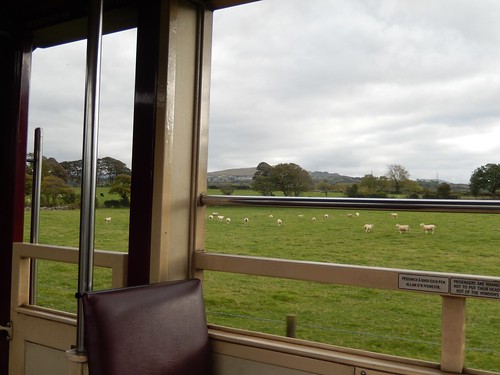 One of the guys working on the train (I don’t think he was in catering but I forget who he said he was…) came and spoke to us, asked where we we headed (it clearly takes more than three English people to pronounce ‘Waunfawr‘) and he suggested the name comes from “Wine Flower“… Unsure of what to believe at the time; I now think he was having a quiet chuckle to himself, at our expense. 🙂 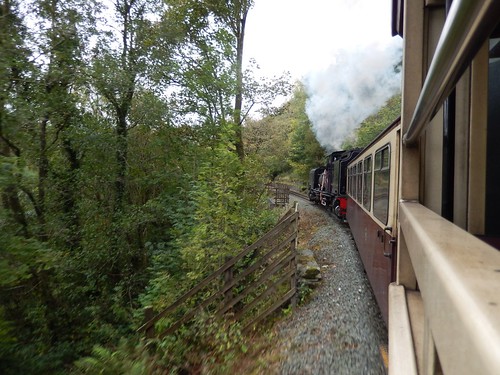 (Google suggests to me it might actually mean ‘The Large Moor’, which would make a lot more sense!)

It wasn’t too long before we arrived at Waunfawr Station, signalling the sad end to our enthralling journey; now only a short walk away from the cottage. 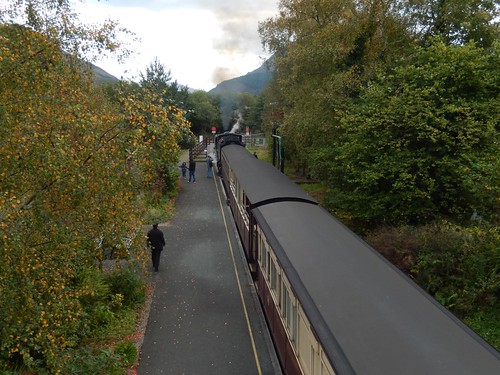 Before making too much progress on foot, we checked in at the local ‘Pub of the Year‘ – which has won the accolade several times within the last five-years. It was literally just down from the station, once we’d crossed over the footbridge.

I’m not a drinker so, I cannot comment on anything more than their orange juice (was was good). But the Snowdonia Parc, which also incorporates a camp site, had a general good feel about the place inside. A games room (snooker and/or pool) was separate from the main bars and eating areas. It was almost like a miniature hotel in size and not as dark or dingy as some countryside pubs you might visit. Yet it still retained the familiar warmth. 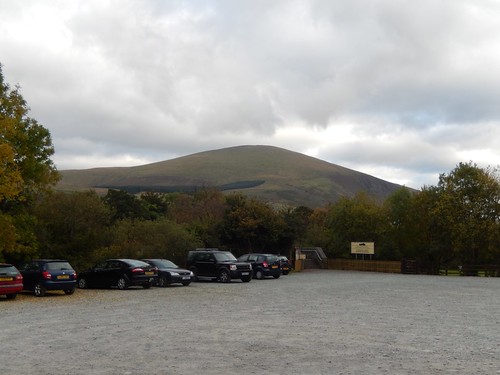 After a good while indoors, we reminded ourselves it would soon be getting cold, dinner time was approaching (not to mention the fact that we hadn’t eaten since breakfast) and we were concerned about the wellbeing of the two others who had effectively ‘missed out’ on our own Welsh Highland adventure. 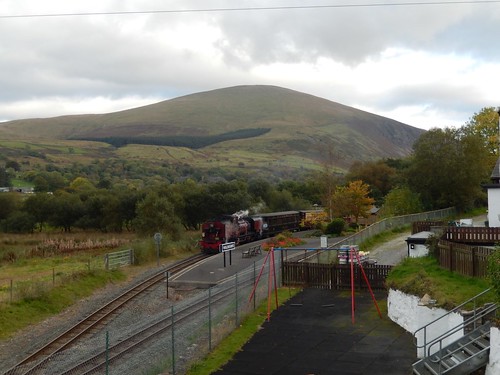 Crossing a narrow road bridge right outside the pub, we saw another train pass directly beneath us. Almost a ‘bon voyage’ from the local railway network. 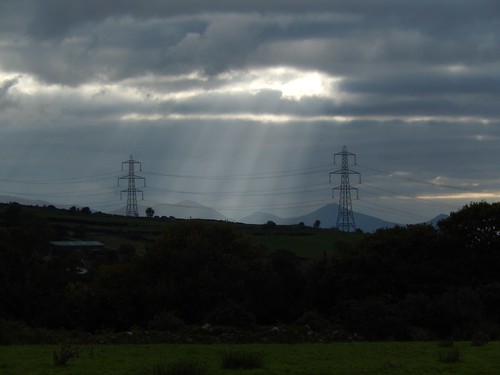 I’m glad the other guys seemed to know where we were and were happy to lead as I hadn’t paid enough attention to the fact that we drove past this very same pub in the morning, with all five of us squished in to one car. 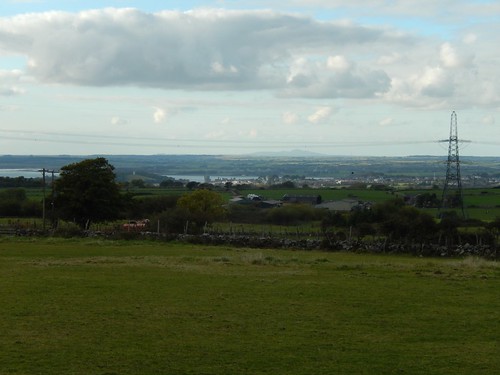 Following the main road up and over the brow of the hill, we saw Caernarfon Castle. Suddenly, it didn’t look very far away. 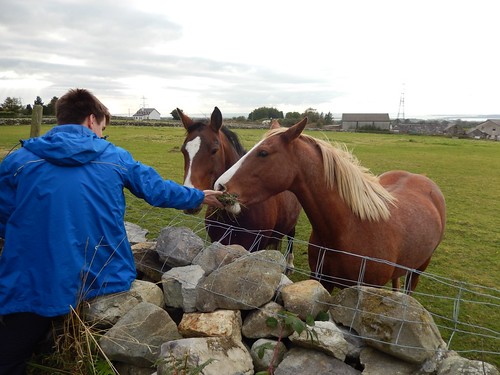 Following directions for the Snowdonia horse-riding centre, I knew we were on the right route. 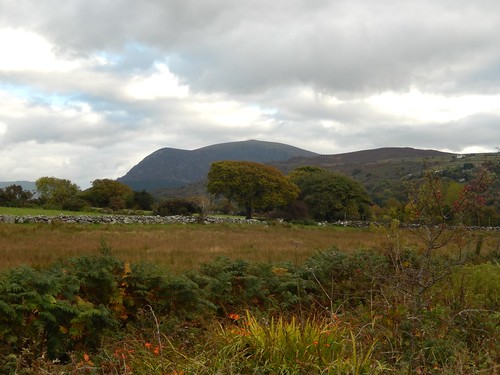 Stepping aside so that a Land Rover could pass by, I was reminded of how grateful I was that someone else was driving on this getaway and the lanes leading to our home for the weekend were barely wide enough for a single vehicle. I think I’d have destroyed a dry-stone wall, if I’d have had to reverse upon meeting someone travelling from the opposite direction… 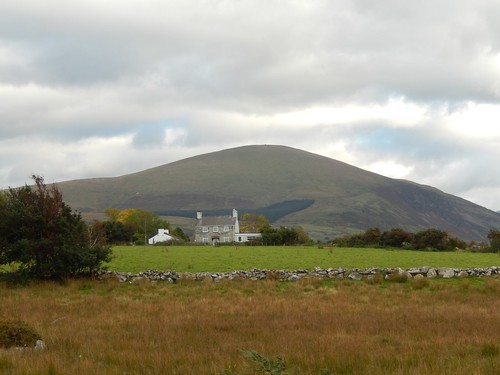 Walking back, we got to appreciate views of the mountains we had too easily bypassed on previous journeys to and from the cottage. 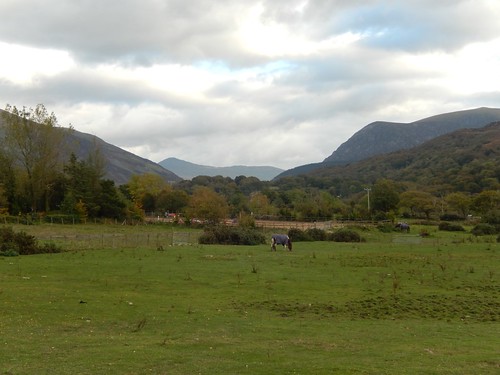 With the evening still to come, I was grateful to have had the company of two friends I had barely met ahead of this weekend and I was pleased within myself, to have enjoyed an experience where, initially, I began to panic, when the two people I knew best from the group departed early on. 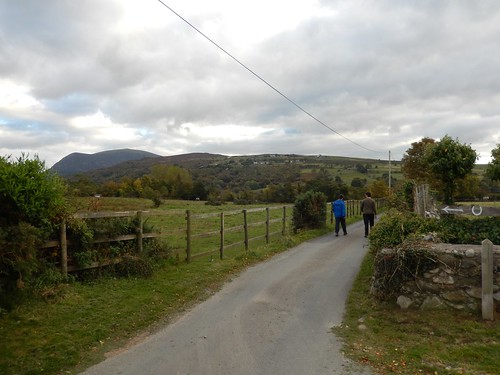 If you ever get the chance to take a steam train anywhere, I highly recommend it. I’d say it’s compulsory, if you enjoy the Welsh landscape. I never gave myself the chance to ride the steam train across Dorset in July but I’ll be looking out for more of them in future adventures.