This is one of those National Trust places that I’ve taken for granted, simply because it’s less than an hour’s drive from home and, theoretically, I could stop there ‘any time’. With my walking, hiking and trips north to the Cotswolds, I’m no stranger to the A46 or the grand entrance in to the estate. 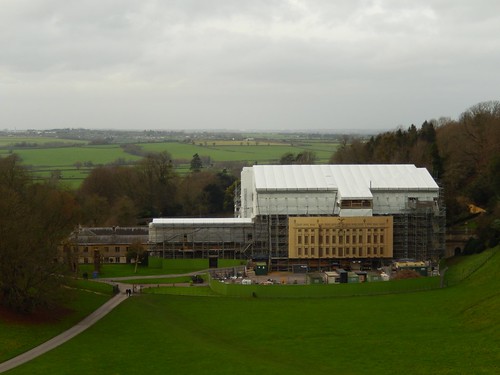 Running low on ideas and gumption for a cold Saturday morning, I decided to make something of my day instead of wasting it indoors and, with half a tree trapped beneath the bonnet of my car, I made the journey out to Dyrham Park, a few miles north of Bath. 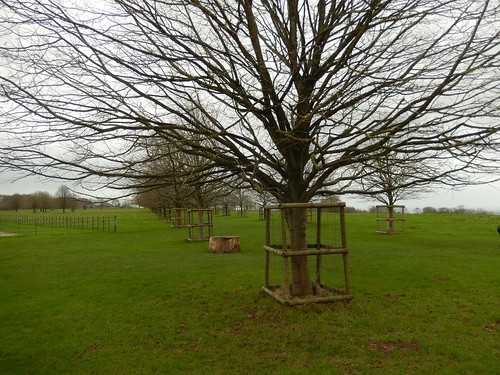 This meant I could make use of my membership, almost halfway in to my first year and, having my card scanned for the first time since September. That, in itself, felt good. In spite of the heavily overcast skies (not to mention the wind), I’d be able to enjoy a short walk somewhere new and, again, I’d be out of the flat, doing something both productive and practical with my time, when it’s all too easy to dive beneath the covers in winter.

As you’ll notice from the photo at the head of this page, Dyrham House is currently undergoing maintenance and conservation work… At the time of writing, it may actually be complete but many millions of pounds having been spent on repairs to the roof alone. 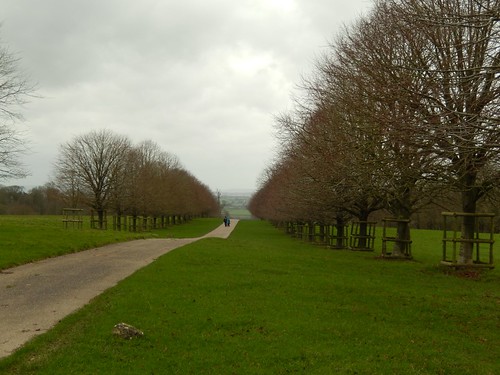 While this work has been underway, visitors have been encouraged to partake in a guided rooftop tour, with one-in-a-lifetime views out an over the surrounding counties. It is quite the privilege, when you think of how ‘tight’ some organisations could be, with fears over Health and Safety, if not other things.

Unfortunately, the rooftop tour was closed on the day of my visit and understandably, it was due to the incredibly high winds battering the country at the time. I’m hoping to attempt another visit to experience this in the coming days… If you’re also interested in exploring the Dyrham House roofspace, I would like to advise you that this coming Sunday, the 20th of December, is the last date you will ever be able to do so.

DON’T MISS OUT, if you have the chance! 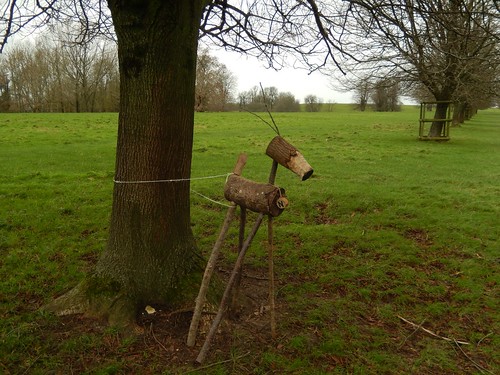 While a number of other visitors followed the reassuring road down towards the house, I shadowed a family heading off on the reindeer trail (which, incidentally, opened on the very same day). 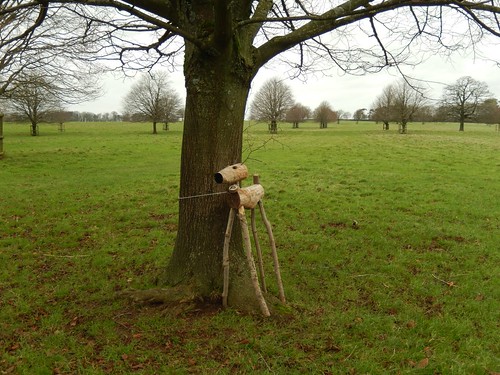 Map in hand, thanks to the warm and welcoming volunteers and staff on the way in, I could see where I had to go. Quite often with these National Trust properties, such paths won’t be as clearly waymarked as your average right of way that typically crosses private land.

From the moment I left my car, I noticed linear plantations of young trees – I call them young but only because they don’t look more than a few decades old… Elsewhere around Dyrham Park, some of the mighty oaks are said to be ancient. 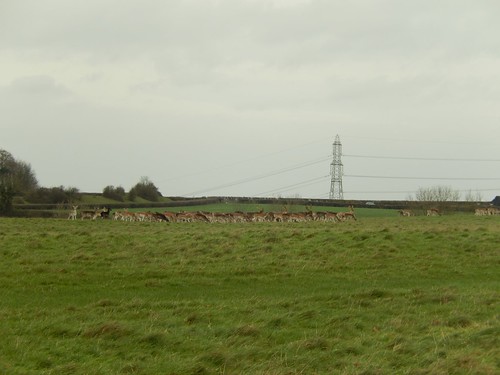 I had wondered whether I might see deer on this day and hoped that the opportunity would present itself. Even though I remained doubtful, given the state of the weather and the fact that I didn’t see any up at Lyme Park in Cheshire, three-months ago. 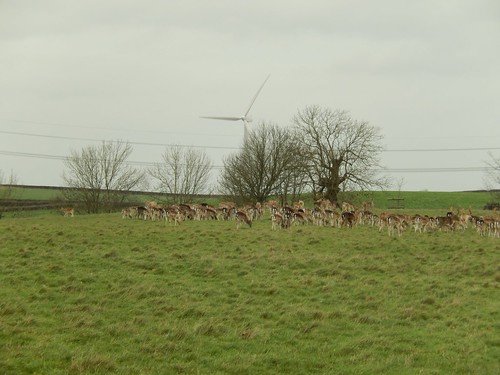 While I maintained a respectful distance, I was able to observe a large gathering of what I presume to be fallow deer (like those seen at Ashton Court, across Bristol). 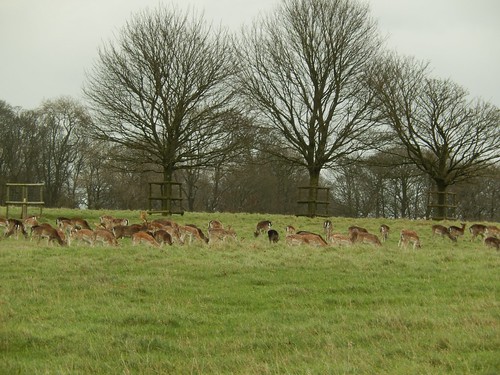 It was very difficult to take a good shot with the zoom lens on my camera. This is where the wind was a nuisance and, aside from that, there was also the challenge of picking out only one or two deer from the dozens away to my right!

At Ashton Court, secure fencing draws a distinct physical line between the fallow deer and yourselves. Here though, it was almost as if these deer were comfortable with the presence of others… Yet I don’t recall a single sign telling dog owners to keep their pets on a lead. 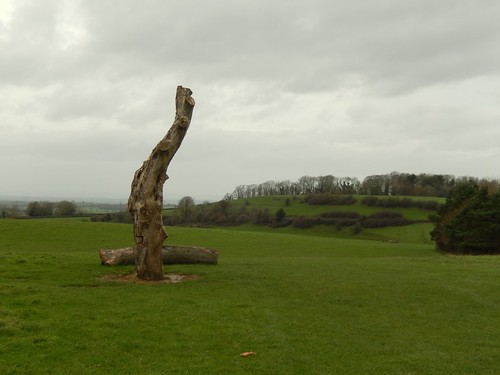 Continuing on in the direction of the guide, I moved on towards what was marked as a viewpoint, with a prominent hill some way ahead of me. 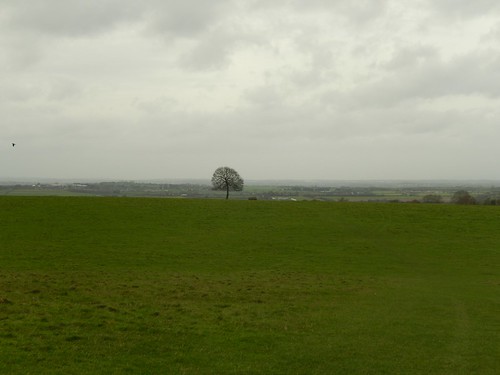 A dividing wall within the valley would prevent me from reaching that hill. 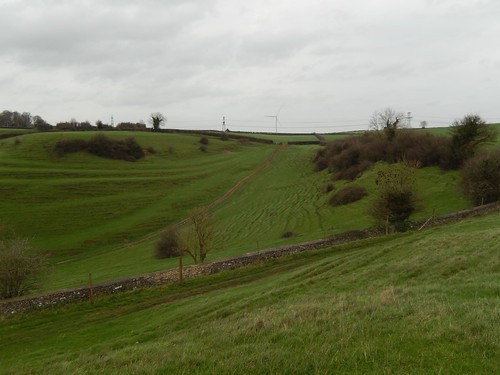 As I continued to follow the contour at the heights of the current hill, now heading in a westerly direction, the true force of the high winds that day began to hit me. 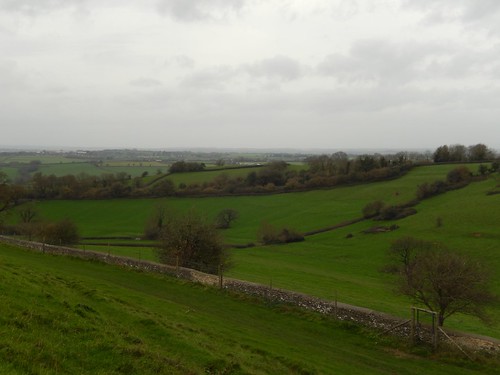 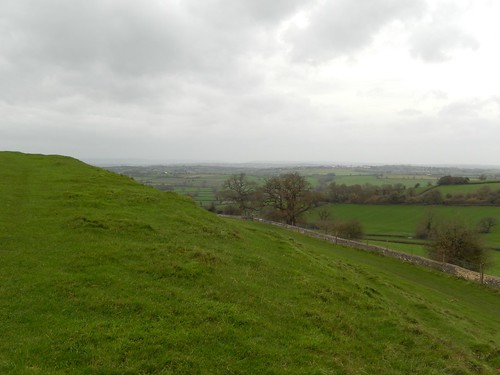 Before I get too far ahead of myself, I’d like to point out that I did spot Father Christmas doing the rounds (albeit, on a ‘more conventional’ method of transport) and it’s entirely possible he’ll be roaming around the estate until: 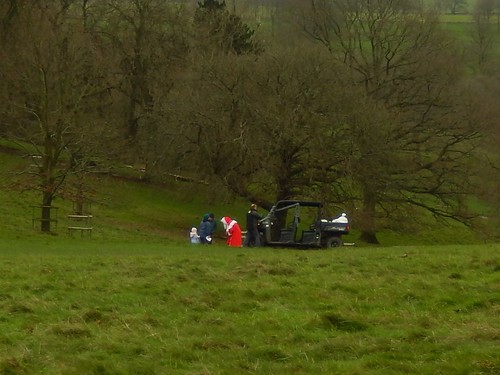 Those elves must be very busy indeed. 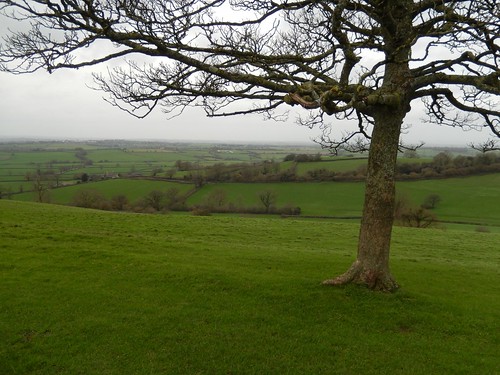 Back to my walk, along a route which was personally recommended by one of the volunteers; with the winds growing ever more intense, the views west across Bristol and (on a clear day) Wales began to open up. 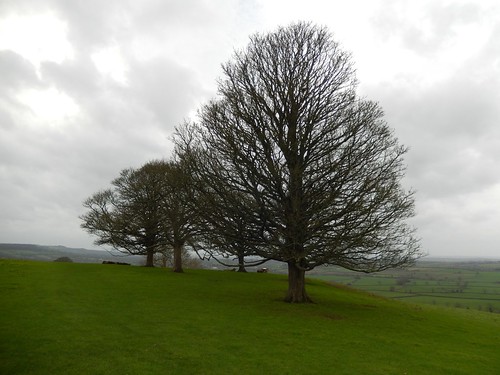 Beyond some of the tallest of trees around the estate, I noticed the topograph. 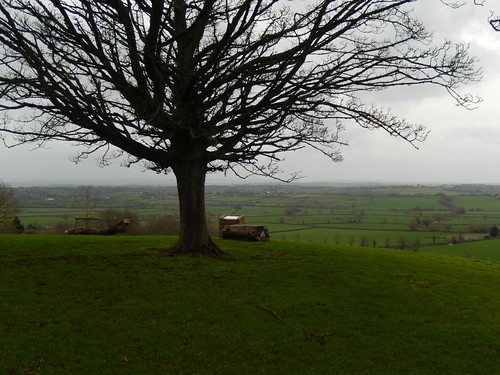 My apologies, as I realise this hasn’t come out too clearly in my photo, especially after resizing ahead of the upload: 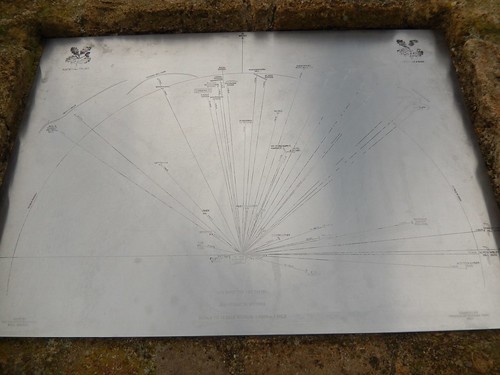 Even though I could not see the Brecon Beacons, a physical presence made itself known (barely) in the photo below: 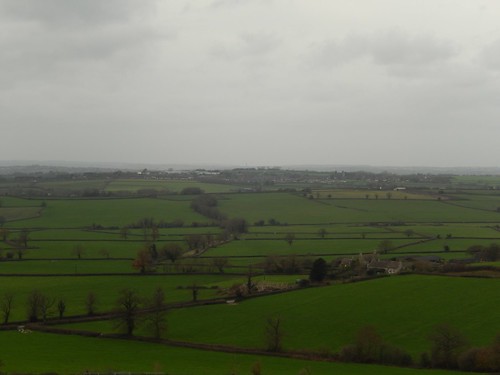 Turns out it was the “mysterious” BT Tower at Purdown, a stone’s throw from the M32 motorway. 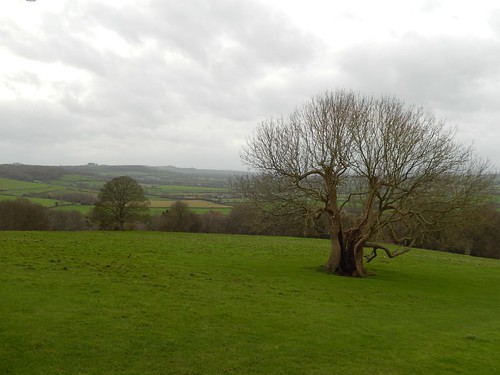 Continuing further around the hilltop and now, in the direction of the distant Mendip Hills, I was heading down towards the house. 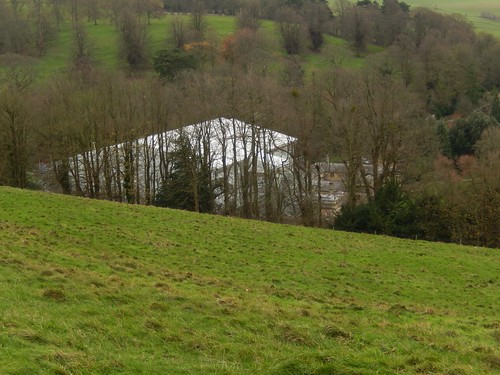 From up here, you get a sense and appreciation for the building’s true situation. Not purely for the fact that it’s currently under conservation and repair but just how vulnerable it could be. 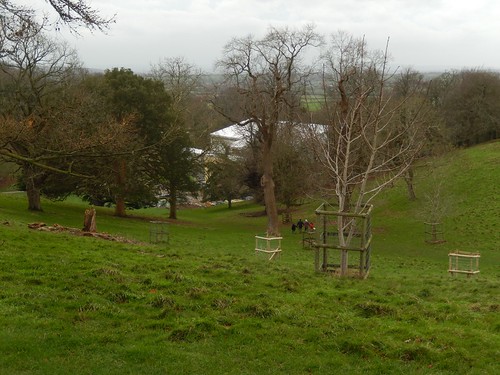 Torrential flooding was the first concern that struck my mind. More recently, I’m reminded of a remark someone made not too long ago, of Nunney Castle in Somerset…

In its perpetual state of ruin, it’s easy for anyone to visit, look around and see that it was built in the most vulnerable of situations with regards to canon fire and aerial attacks. Even without the waterproofing that was currently in place, I imagine Dyrham House would still look as vulnerable.

I’m fully aware that, while I do take an obscene amount of photos on a walk or day out, I do complement this with many more words, here on this blog and I appreciate that the style may not suit everyone. So, with that in mind, I’m going to call this Part 1 and end it here.

Part 2 will arrive soon, maybe even tomorrow evening. If you’d like a preview, you’re welcoming to flick through my one-hundred-plus photos, here on Flickr.

I’ll also be heading to another local and taken-for-granted National Trust property fairly soon so, there will be plenty more to come from me, this winter.