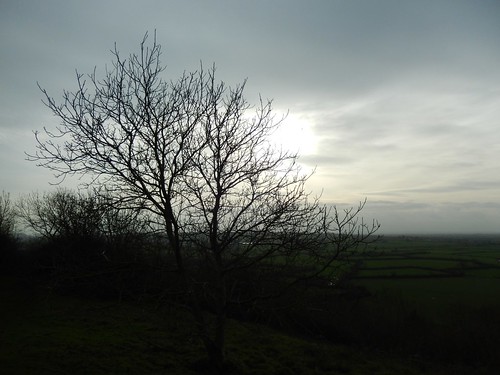 While there are one or two items I could possibly do with, I’d rather run to the hills (literally), avoid the chaos of this season and spend the day doing something I enjoy. 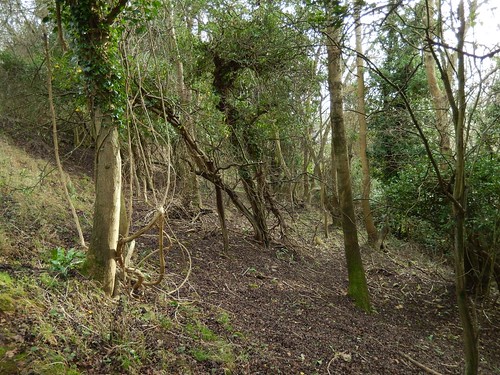 With a rain-free forecast, I chose to do a walk up to Crook Peak on the, which will always be one of my favourite places to walk on the Mendip Hills. 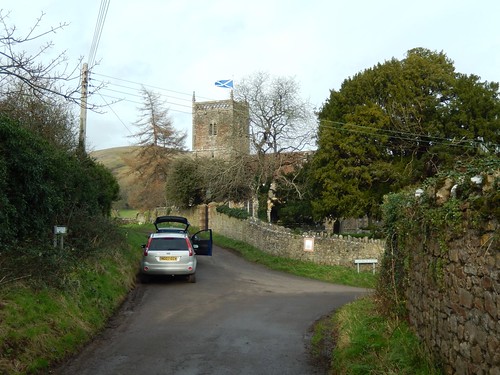 Yesterday’s route was very similar to one I formulated two-years ago, with the exception of one change, which I’ll get to in time. As always though, it began in the village of Compton Bishop, soon passing the church above, with the flag of St. Andrew flying high. 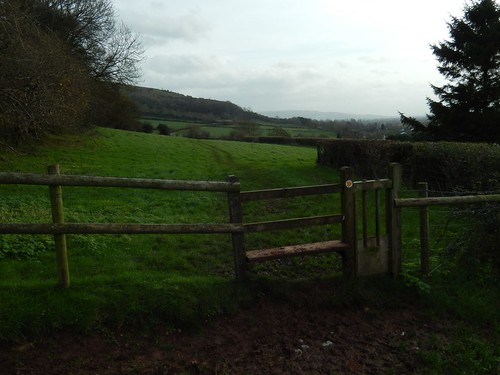 Although the fields were mostly chewed up from recent rain and previous herds of cattle, there were no incidents of bovine encounters to report at this early stage. In the summer months, you can find a couple of bulls in the field above which is always intimidating, even though I’ve safely walked past them before.

Christmas Day had been exceptionally mild and this day was no different. With further similarities, there was an incredible wind blasting through the villages here and, naturally, it was felt more intensely upon higher ground. 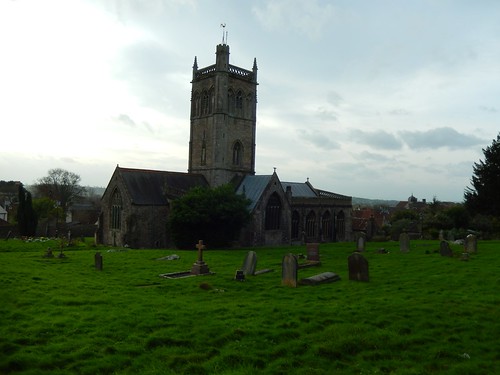 Crossing the A38, I made my way in to Axbridge, where a large number of people were hanging around Medieval Square, pint glasses in hand…

At first, I thought it might’ve been a coincidence, given that this was Boxing Day and people were together in groups, like families. Then, I wondered if there was an annual event taking place in the town – this wasn’t too far from the truth, as I later read on social media that no fewer than three-hundred hunting events took place yesterday, one of which began right here, in the heart of Axbridge!

Leaving the church to cross over the unusually quiet A371, I began climbing up in to the woods and here is where the made the alteration to my previous route. 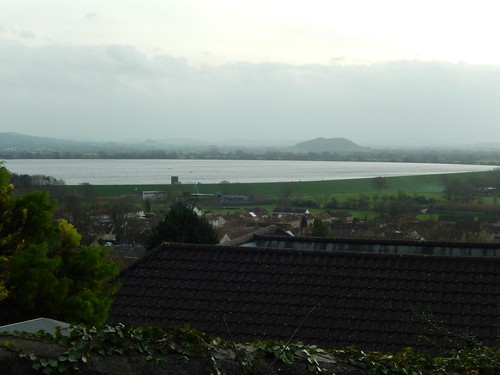 Where I would usually turn right and head deeper in to the woods (often dropping back down to the road before a steep ascent up Cheddar Woods, before circumnavigating the quarry), I carried straight on up to climb Axbridge Hill, keeping the transmitter far away to my right. 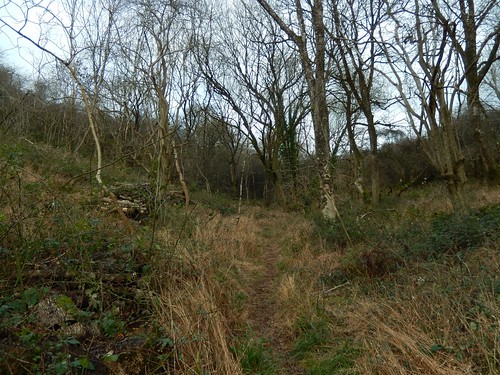 It was about as challenging as I’d expected, without being as overly drawn-out as my previous route. It wasn’t the straight climb to the top that I’d expected – having to pass through a kissing gate, a field of cows and then climb a pair of stiles before reaching Callow Drove Track. 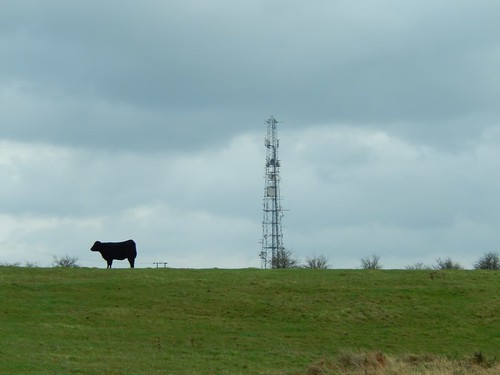 I find any walk challenging when the ground is wet with slick mud. But I’d rather be climbing up a hill than down one. It was also nice to be walking in an area devoid of other people – aside from one dog walker, with a small and over-enthusiastic pet who kept leaping up to ensure every inch of my trousers not covered by my gaiters would receive paw prints. He (or she) happily left the cows alone, though. 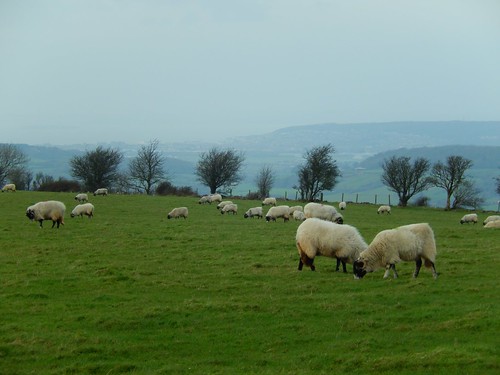 By now, I was able to feel a more true force of the wind speed, as I looked to turn west on a raised return, with Wavering Down coming in to view. 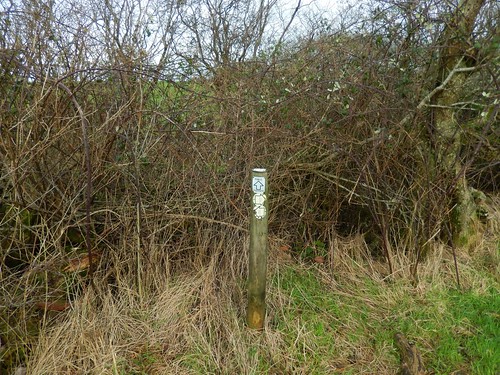 But upon following the waymarks towards the drove track, I came to an abrupt confrontation with a thick hedge that even a mouse would fail to squeeze through. It looked as though nobody had passed through it in years. 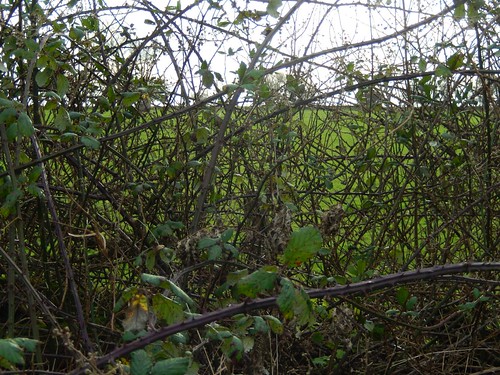 With the wall and fencing absent in other parts, I could happily cross through. But the fact remains that the true right of way is inaccessible and I should be reporting it soon. 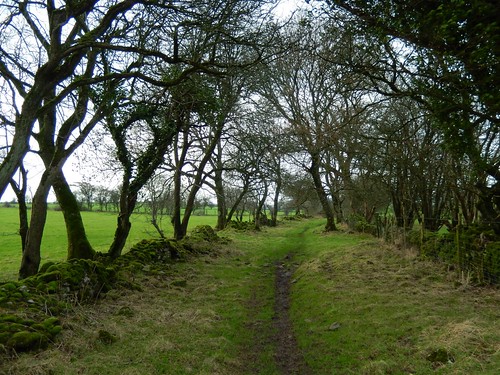 Callow Drove was alive with the wind of winter. It runs parallel to and just south of Winscombe Drove, which also follows the West Mendip Way. However, that path is always muddy, even in summer. Which is why I prefer to walk here. 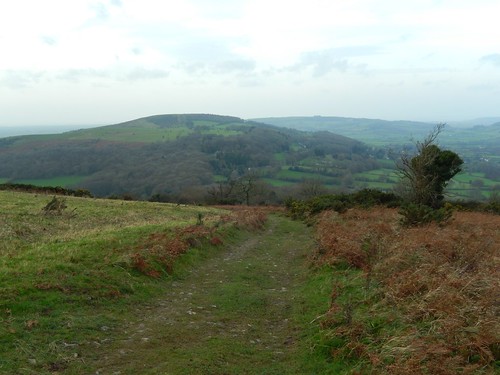 Crossing Shute Shelve Hill, I had a clear view of Wavering Down far ahead of me. I could even make out ant-like people surrounding the trig point. 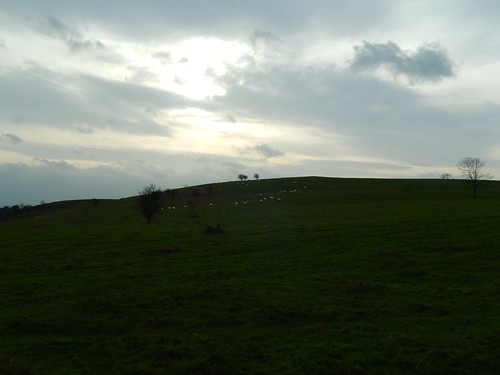 Walking down to the A38 and crossing over, I headed towards King’s Wood where, as expected, parked cars were spewing out on to the road. I kept thinking about a lunch stop but with the wind blowing and knowing there was no bench along this route, I told myself to just keep going.

Continuing along the West Mendip Way, I could see a number of people making their way two and from Wavering Down, with the two optional wide paths acting like motionless escalators; one goes up, the other leads you down. 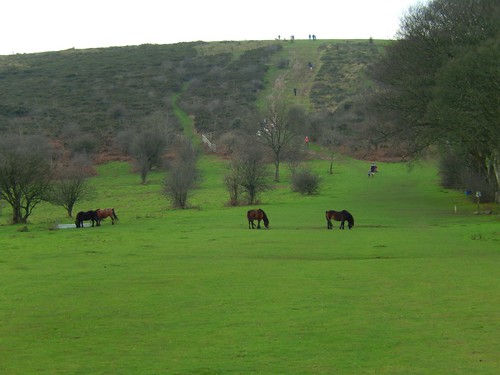 It was almost like walking the Mendip Challenge again – it is rare to see so many people in this area, even during the summer. Boxing Day seems to have the positive effect of getting people outdoors, without necessarily flocking to the shops. I wonder if city-dwellers are affected in the same way? I imagine most of the people I saw yesterday lived in surrounding villages, close to the countryside, just like myself. 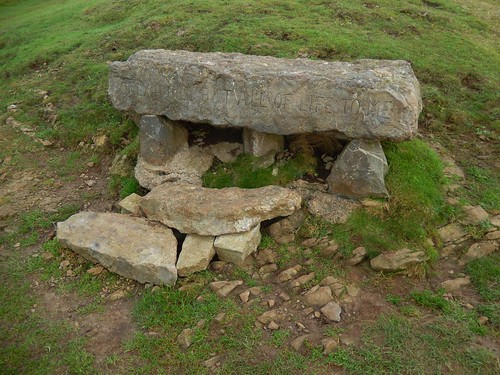 There was no chance of a ‘trig point selfie’ yesterday, with so many others occupying the trig. Not to mention the fact that I probably would’ve lost my camera in the wind.

Continuing west from Wavering Down, all that was left was the final ascent of Crook Peak. 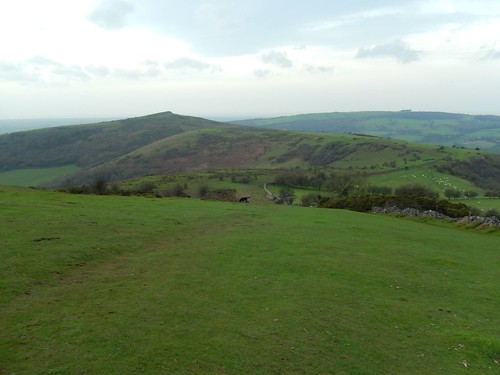 Again, I was quite surprised by the number of people occupying this high point: 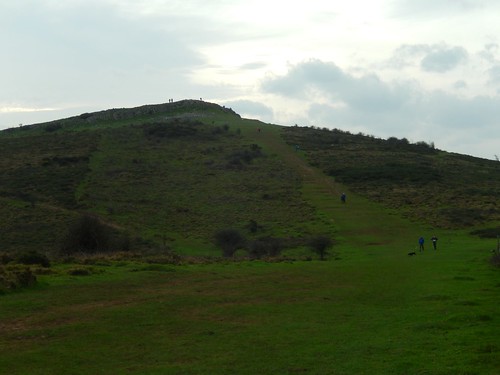 There aren’t many better walks on the Mendips, in my opinion, so you can understand why they might’ve chosen this one. Nearing the rocky summit, I notice groups and families taking shelter from the wind on the north-east side of the peak. 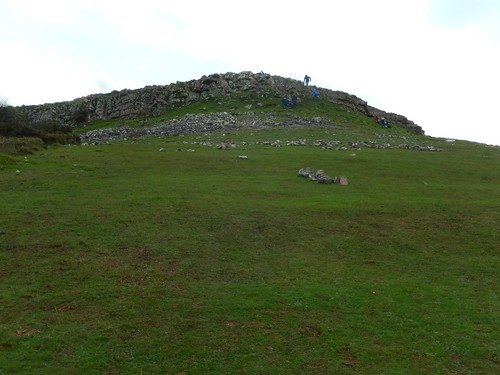 Every time I visit Crook Peak, it is always windy and yesterday was no exception. 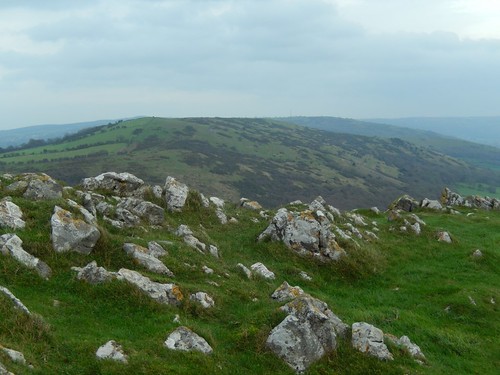 But where I thought I’d experienced the worst of this wind upon climbing Wavering Down – here, the wind was so strong I literally could not stand still. Carrying an icy chill, I had to put my gloves on and, perching myself on one of the many rocks, I didn’t stay for more than about five-minutes. 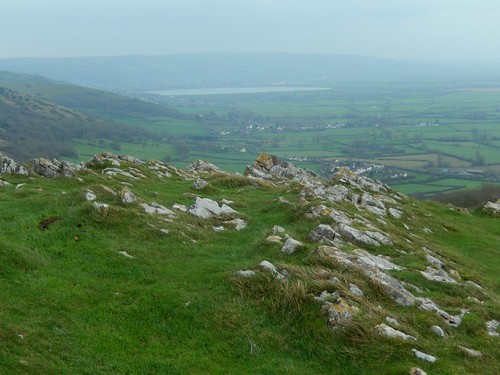 On the way down to my car, heading in a southerly direction, I passed a woman who was running up the hill – I’m all for climbing hills in any weather but some people do take it too far! Without the risk that I’d have lost my hat in the breeze, I’d have taken it off to her because she did not stop once. Long before I returned to the layby car park, she passing me again… Still running. Downhill. 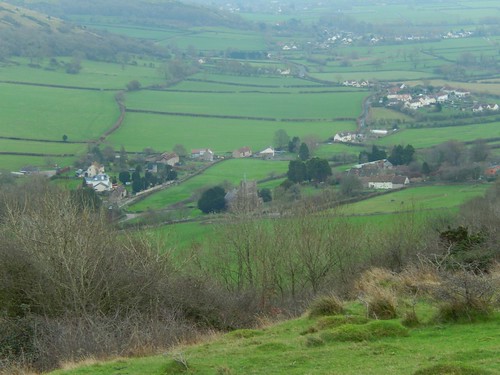 I didn’t take as many photos as usual on this walk an that’s partly due to the fact I’ve done this route several times already and it was hard to find anything ‘new’ or different to share. But I did capture a lot of video footage, which I’ll be compiling in to a video at some point (that reminds me of my next blog post…).

Whatever’s on sale now will still be available in six-months’ time.

2 thoughts on “Boxing Day and the Breeze”