At the end of Part 1, I was waving goodbye to the house after experiencing the wonderful Victorian Christmas theme inside. Now, I was out and about to explore the rest of the estate. 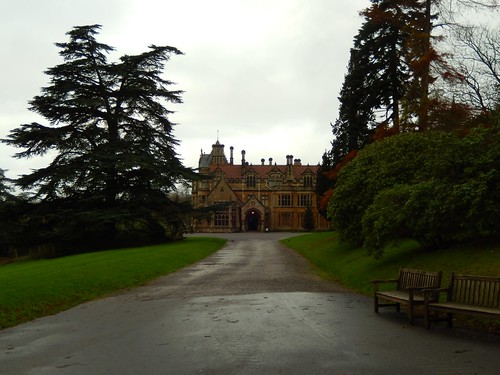 I started by heading down towards the gardens, which were only a short walk from this end of the house and almost defined the point at which the boundary of the estate was reached. 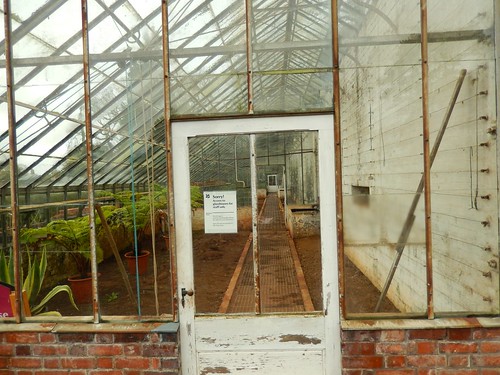 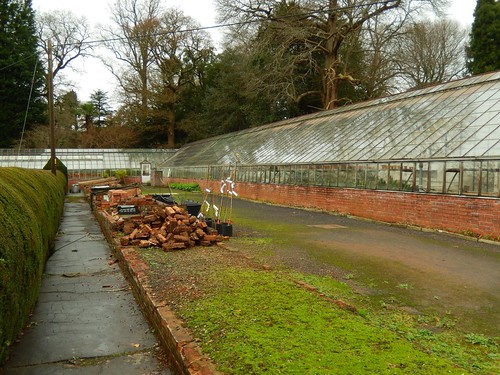 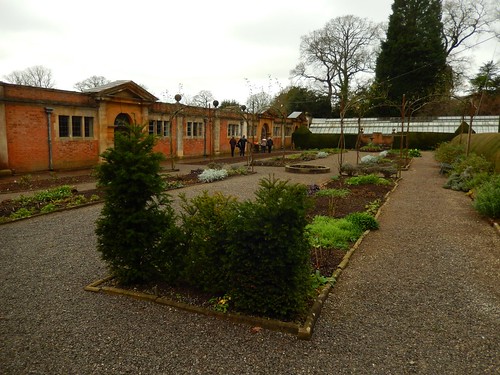 Here, you can also find the orangery: 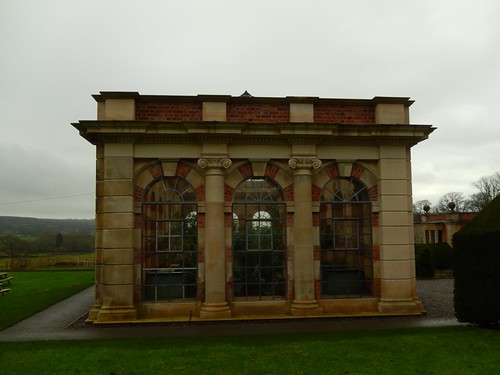 Visitors are welcome to explore the orangery, just not the greenhouses, according to the signs I saw. 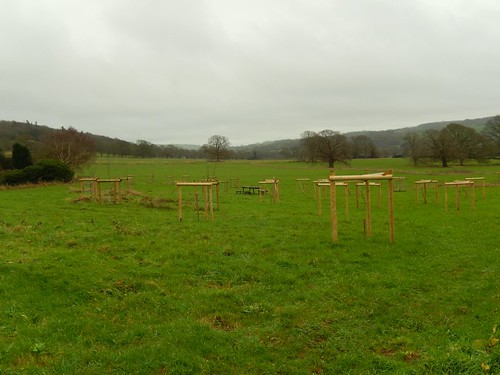 You can see how the foundations of an orchard have been laid. Imagine what it would be like to revisit this area, half a century from now. 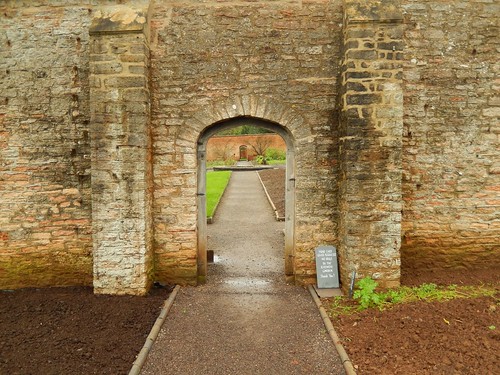 There’s also a walled garden, which was clearly a popular feature of these old estates. 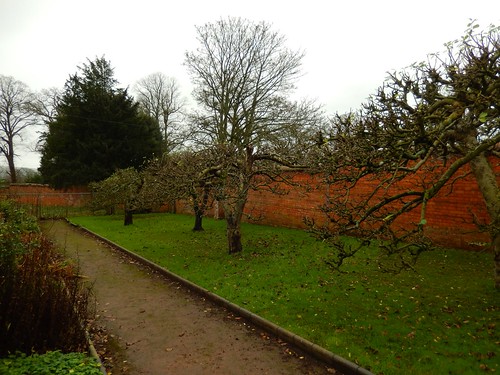 This part of the estate, I imagine, still attracts a number of visitors but in now way was it as ‘packed the the rafters’ with people as the areas I’d already visited. 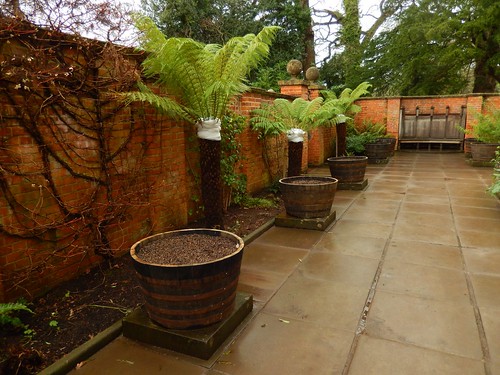 There was this secluded and private section of the garden that would’ve made for a nice place to sit, on a slightly warmer and drier day. 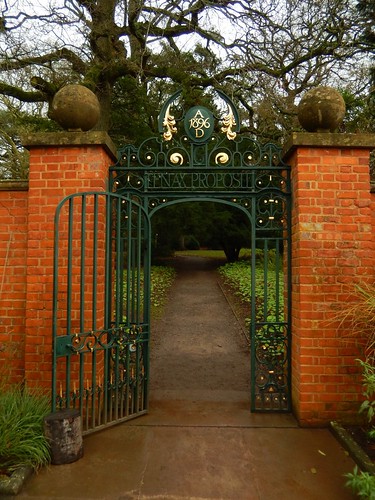 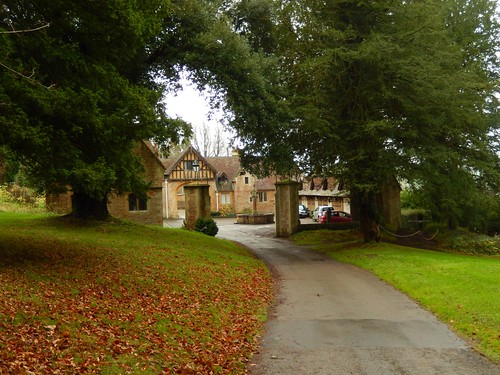 Heading back up the hill now, I passed the stables, which is where I believe a friend of mine was formerly in residence, while on a learning internship with the National Trust. Very soon after, I met with a series of steps that would lead me along the Plantation Walk. 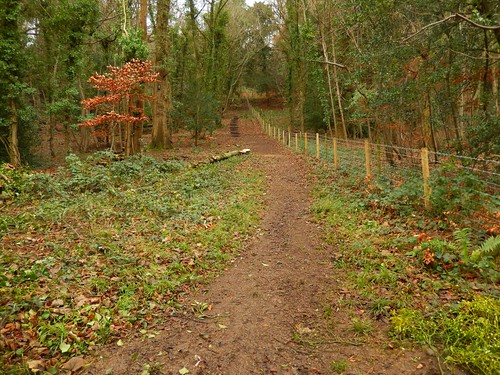 I was able to follow the illustrations on the visitors’ map I’d been handed, with ease. 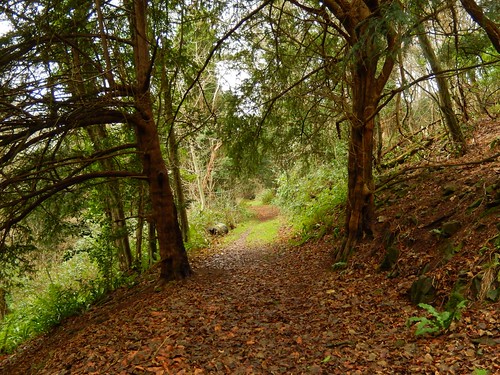 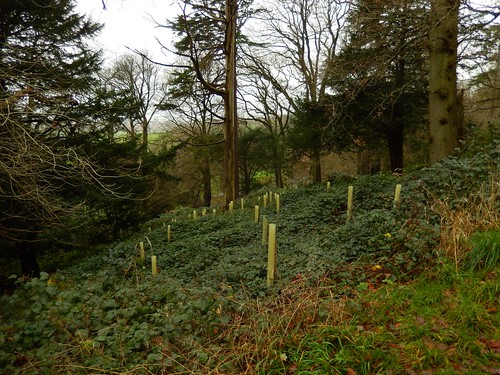 …I guess that’s why they call it the Plantation Walk! 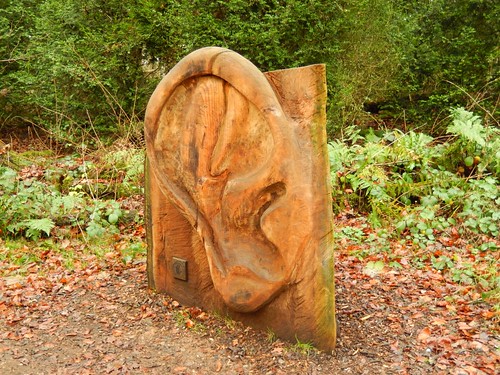 Nearing the top of the hill (and what was a very steep climb), I came across this carved ear – and, just beyond that, the entrance to what might have been a small play area, with a wooden tower erected beyond the arch of willow. 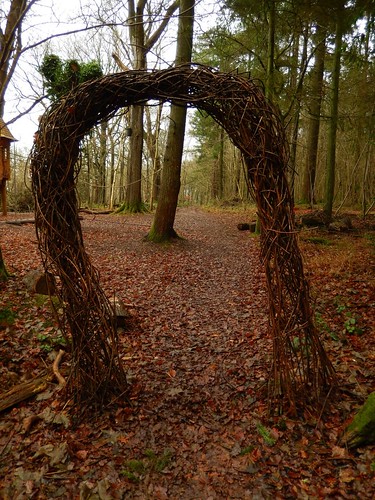 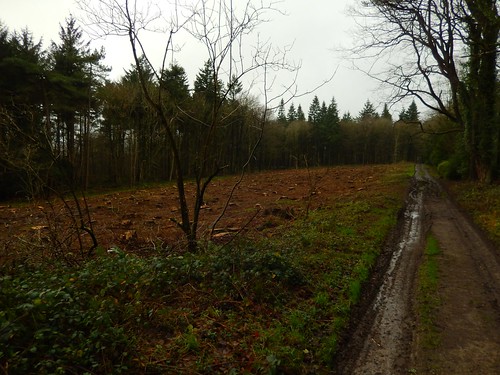 Turning west along the top of the hill, I bypassed a rather staggering site of trees that had already been harvested – for what reason, I’ve no idea. But this was the only such case of ‘deforestation’ I noticed across the estate.

I came to one of the holiday cottages on my right, which are available to rent throughout the year. Turning left to begin a descent of this same hill, I stopped off to take a close look at the summerhouse. 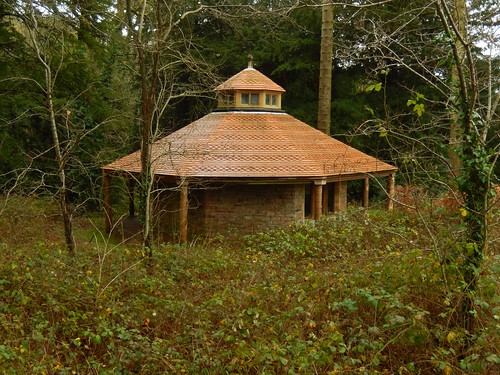 There wasn’t much to see inside, beyond the condensation streaming down the cold windows: 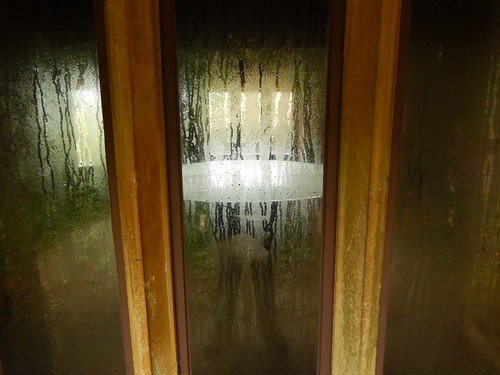 It looked as though there was a fairly large, circular table inside. Perhaps they have social gatherings here in the summer months… There didn’t appear to be much going on for this day! With sheltered seating provided around the external perimeter, I did at least find a convenient spot for lunch. Even further away from the kids, adults and Victorians. 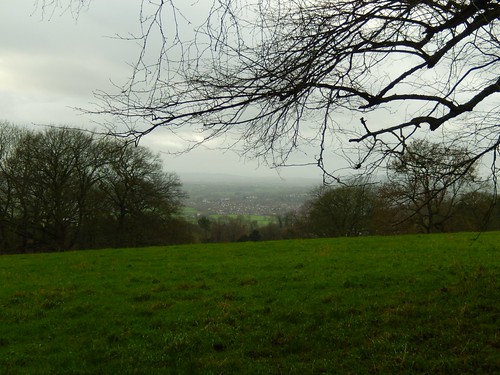 I soon began the slippery ascent down towards a dry and sturdy road. 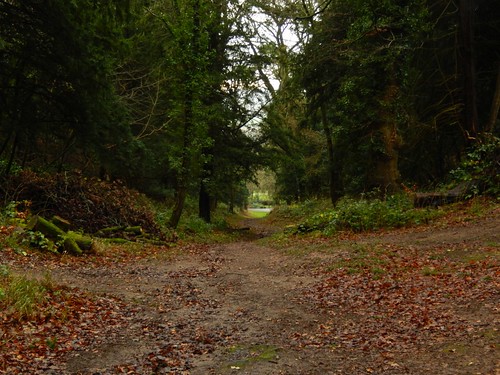 On my way down towards other previously-unexplained areas of the estate, I passed by the estate’s sawmill: 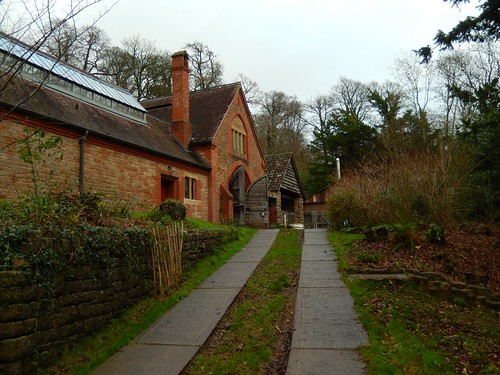 Climbing up the drive for a look, I was disappointed not to discover a museum of historic machinery or even articles on its former function on the estate… Instead, this appears to be where most of the teaching and learning is done. 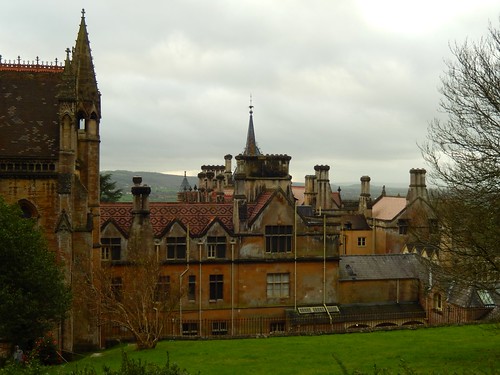 From whichever way you look at it, the mansion is outstanding.

My thoughts were now turning to those of the journey home and stopping off to complete one dead along the way. Before that though, I headed to the rose garden… 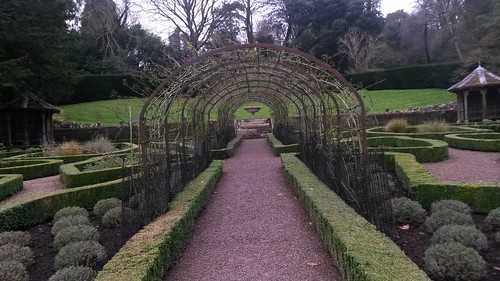 Before which, my camera’s battery died and I had to take these final few photos using my smartphone. 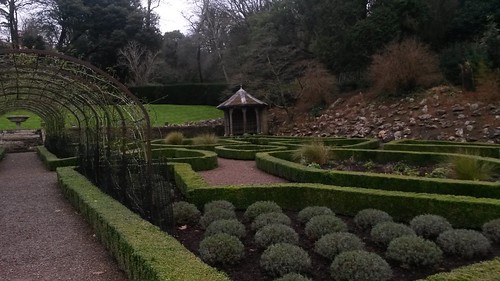 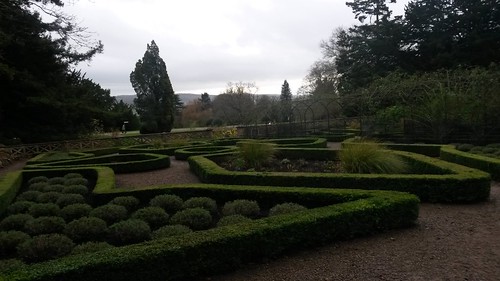 There were a couple of small areas I didn’t manage to see and I know I could have done a lot more walking here, had I wanted to. About one week after this visit, I went back to Tyntesfield to see and experience something different – all of which, you’ll get to see in a future blog post… I only wish I could’ve shared it with you ahead of time. 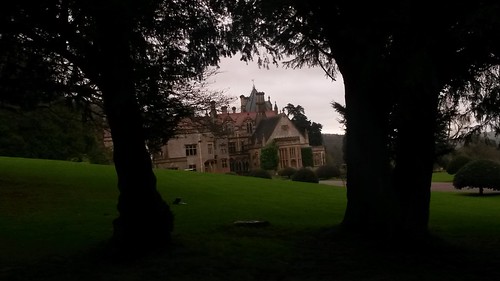 Thanks for reading and all the best for 2016.