My first walk of the year has been completed – I am, of course, referring to a walk in which I am the leader, within Brunel 20s and 30s Walking Group. 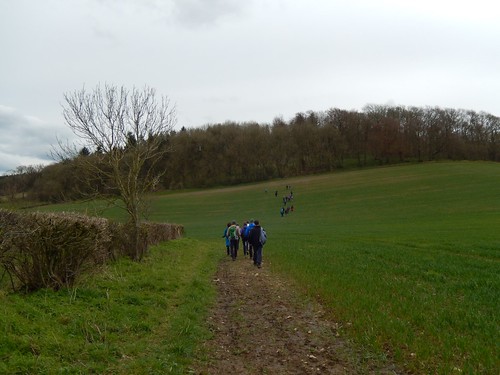 Our walk would begin in Pensford, nestled neatly in between Bristol and Bath. As you may’ve seen on my pre-walks last month; we’d initially be following the Two Rivers Way before heading to Stanton Prior and then, allowing the Three Peaks Walk to lead us back to our cars…

This time, I would have to do it with a trail of people behind me. 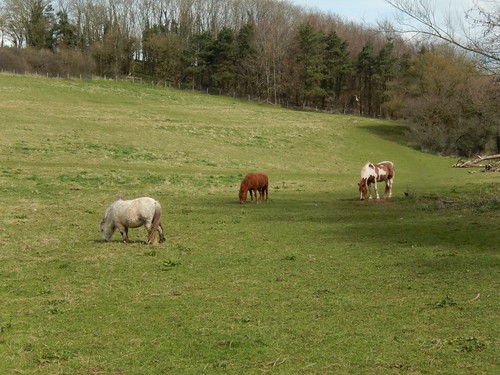 I arrived at the pre-arranged meeting point near the centre of Bristol with a good five-minutes to spare. From here, we would arrange car-shares ahead of the twenty-minute drive south and to the start of the walk. As I pulled up to park before grabbing my coat, I noticed a good half-a-dozen walkers already together and waiting.

Within the next five-minutes, a succession of others arrived and, allowing an extra five-minutes for any late-comers [I was once late for my own walk…], our group had almost tripled in size – at the final head-count before setting off, I believe there was sixteen of us, with at least two more who had already notified me that they’d be meeting us at the start. 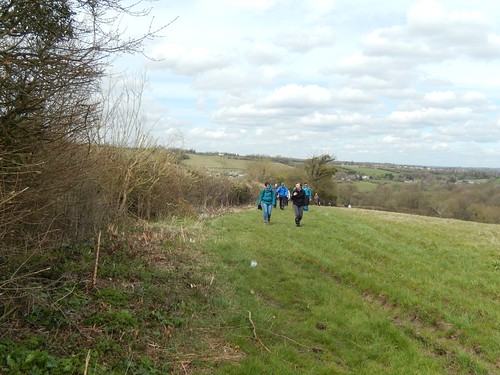 Somehow, we gained another eight people in Pensford and absorbed the majority of all available spaces at the local village hall car park. One late arrival with a bit of unfortunate misdirection caused us to begin about thirty-minutes later than intended – I was asked to phone the woman and give directions, which I think helped. Either way, we were soon off and walking…

All twenty-six of us! 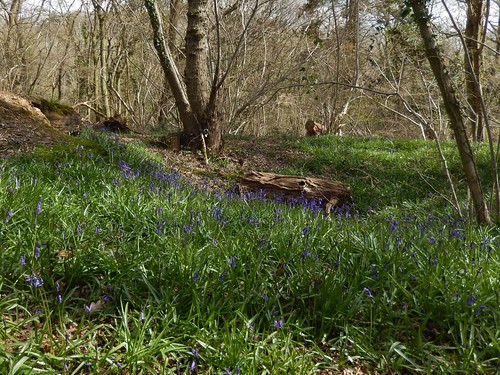 I’d forewarned people ahead of time that the route was quite muddy on each of my pre-walks and that equipping gaiters for the day would have been a good idea… But the sun, mixed with the change in seasons, can have a considerable effect upon the landscape and its terrain within the space of a month – I should’ve instead informed people to keep their eyes peeled for an abundance of bluebells! 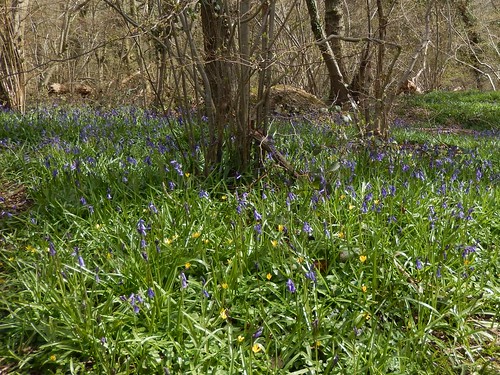 These first two photos were taken within the unnamed-woods on the approach downhill in to Compton Dando. 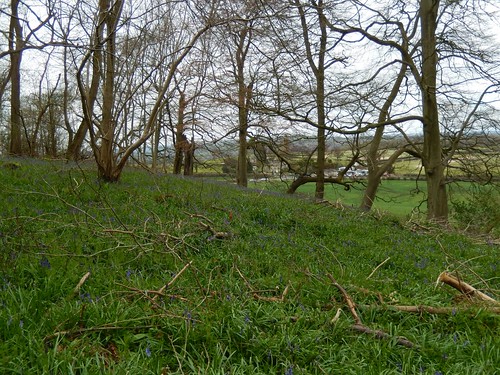 Later on in the walk and, close to (if not slightly beyond) the halfway point, we would find further evidence of spring in bloom, as we climbed up through the woods that cover Stantonbury Hill. 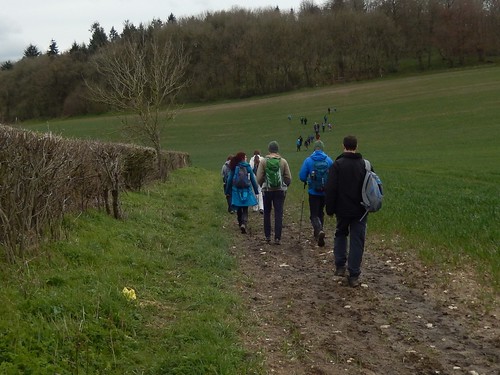 This was where I had intended for us to have lunch, immediately following the most significant ascent of the day. But we struggled to gain any shelter from the winds blowing south-westerly and, as a few of my group were less comfortable stopping here, we would continued downhill, passing more bluebells almost in to Stanton Prior, where we’d seek a makeshift shelter behind a boundary hedge. 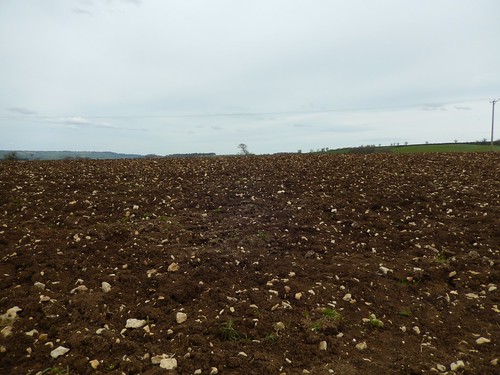 On my second pre-walk last month, I had to negotiate this newly-ploughed field on the way towards Marksbury – which had been fine to cross, only six-days previously. I recently read that landowners are allowed fourteen days to reinstate a footpath after a field has been ploughed… We’re talking about one month, here. This will hopefully remind me to send a report to Bath and North East Somerset Council.

On my own – or, perhaps, leading a very small group – I would cross the upturned soil, as I did back in March. But, not wanting to risk injury upon a group of twenty-six, I led us around the southern edge of the field, adding many metres to the overall distance of our walk. There were a couple of other instances of cropped fields where we also had to do this, back towards Chewton Keynsham. 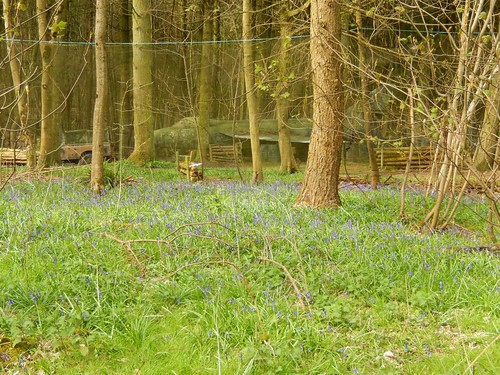 Before joining the Three Peaks Walk, we’d have to pass through Common Wood in Hunstrete; the home of Hamburger Hill Paintball. There was some action (which sounded more like nail-guns were being used) happening away from us but we had plenty of bluebells to admire. 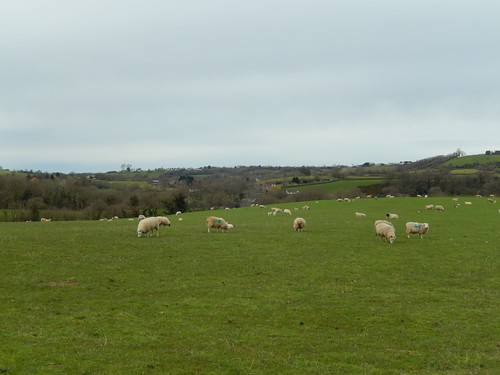 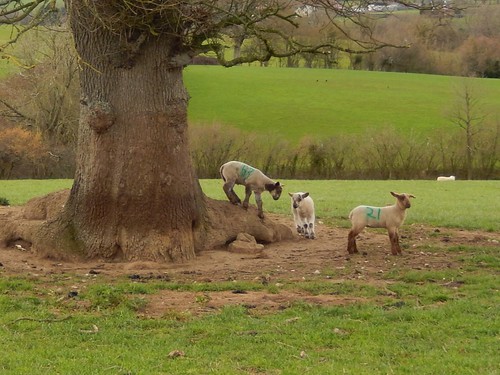 With a group of this size, I found we became ‘stretched’ quite easily. It was almost as if we’d broken up in to three  smaller groups following the same line, with myself leading from further even further ahead – or, as on a couple of occasion, from behind, as I ensured that everyone crossed the A roads safely and certain gates were closed correctly. 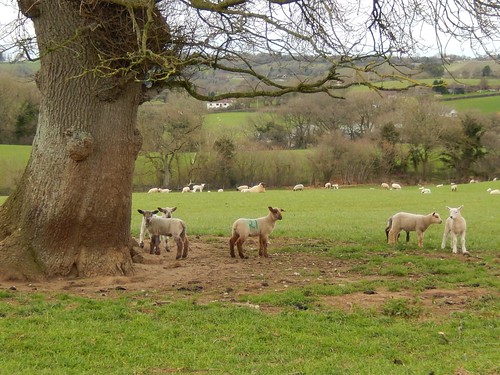 It took us around ninety-minutes longer than expected and that, I believe, was again due to the size of the group. There was an uncountable number of kissing gates along this route. If it takes, for example, two-minutes for twenty-six people to pass through umpteen kissing gates then, that can easily account for good half-hour (or much more) lost within an eleven-point-five mile walk. I also made fairly frequent stops at ‘blind spots’ or where there was a junction in the paths, so that I could allow the tail-end to catch up, spot the last person and do a quick head-count before continuing. 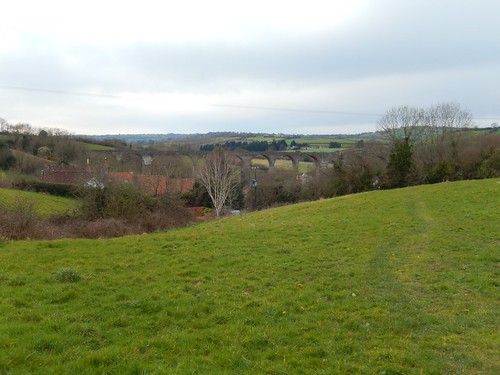 I enjoyed the walk myself. It was quite terrifying in the run up, having not led one since July and then, upon arrival in Bristol, spotting the numbers grow rapidly. I have since regretted not being able to join the rest of the group for the post-walk drink in a local pub. But with a later-than-expected return to the cars, thoughts of driving back in to Bristol to return my passenger and then another half-hour driving home – all ahead of a 7am start the next day – I think I made a sensible choice… Maybe. 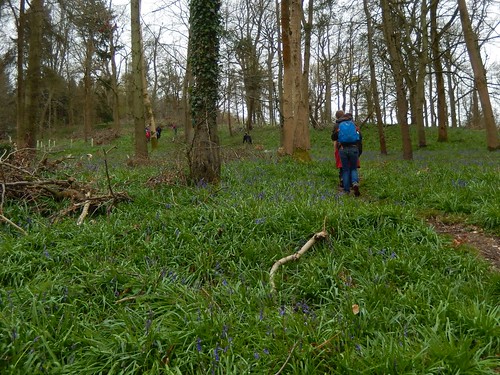 I made an effort to thank and say goodbye to everyone in their groups, before they moved on to the pub. It was a highly positive experience all round and I look forward to my next walk-leading experience, hopefully within a matter of weeks.

As an added bonus… This walk bought my monthly tall up to just over forty-miles – at only one-third of the way in to April! 😉