Another month in 2016 and another opportunity to complete a circular walk within the southern region of the Quantock Hills. 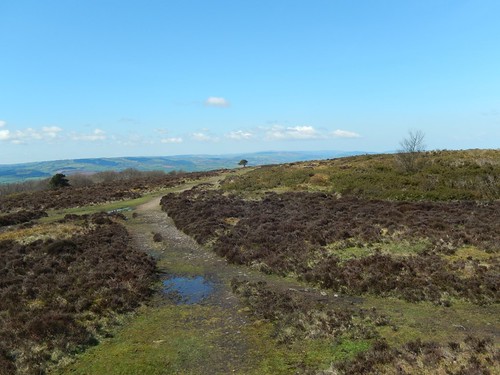 Like each of my others previously; this one began in Broomfield, with the plentiful of parking opportunities at Fyne Court. So, let’s skip ahead to join the walk at the top of Cothelstone Hill, one-hour and almost three-miles in.

With more deliberating beforehand, I was optimistic that I had finally devised a successful route, with the bare minimal of obstructions and something over ten-miles in length.

My priority, on this day, was to investigate the second half of the walk. As I was so satisfied with the first portion and do enjoy it, every time, I felt it was only right that I walk it once more, having made the one-hour journey south. 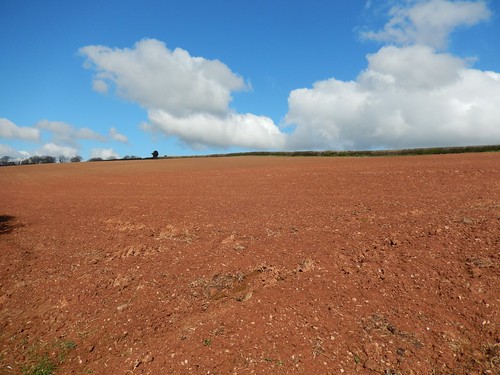 On the way uphill from Toulton, I’d found the first of three fields had been ploughed, whilst footpaths in the two that followed were as clear cut and defined as ever. I chose to cross the field as it was firm enough but it looks as though you could also walk around the field edge. 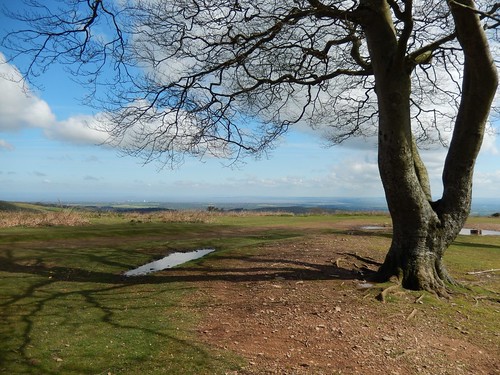 By this time, I’d also passed a group of younger with few adults – possibly practising for the Duke of Edinburgh Awards. It wasn’t long before they lost sight of me! 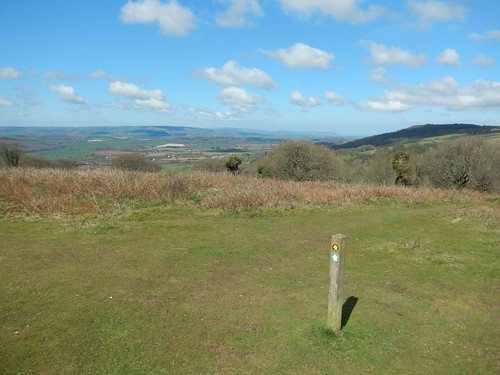 I spent a good fifteen minutes walking around in an attempt to find a direct route from the south-east to the top of Cothelstone Hill and I did find my way there quite easily. 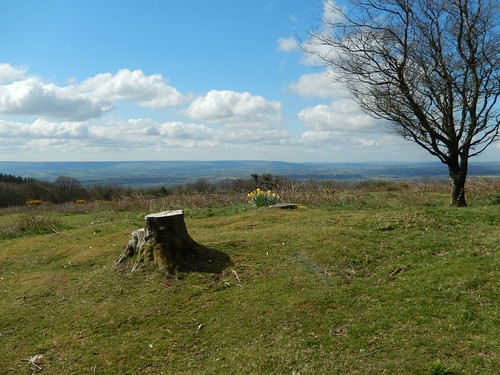 But the wind was too cold for me to stay there for too long. Once my tea was gone, I needed to keep moving in order to remain warm. 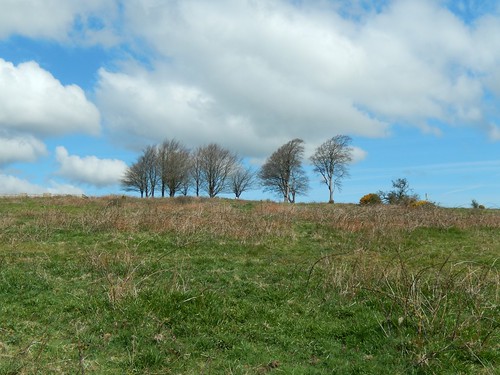 As I walked the usual road towards Lydeard Hill, I could see bluebells away to my left: 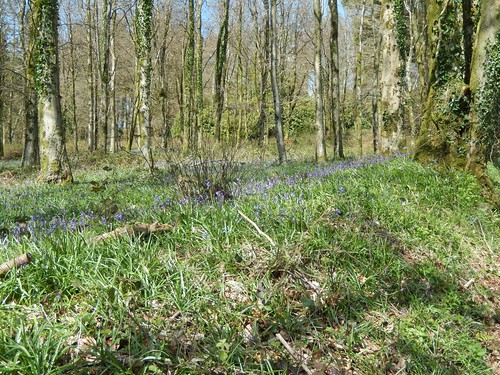 A large fallen tree that had made an appearance on my previous walk was still to be seen, a good month later: 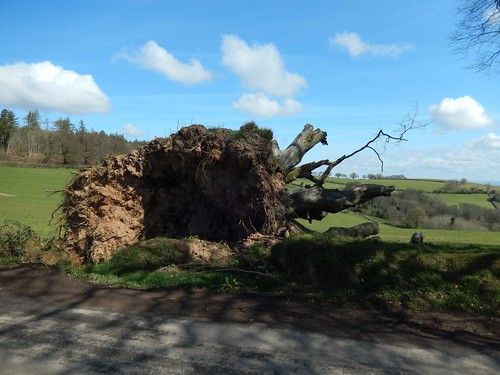 Instead of following the ever-familiar route from here, I decided to experiment with a figure-of-eight meandering of my walk: 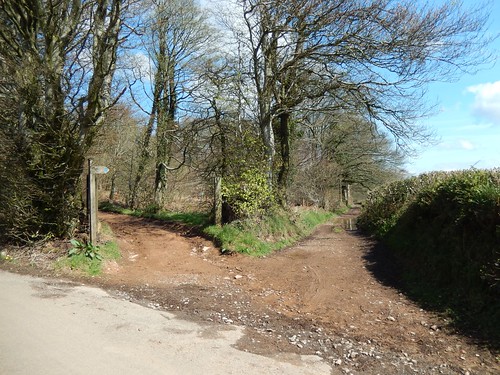 It started where I would usually leave the road to follow the bridleway running parallel. This time, however, I would be heading north; soon heading downhill and in to Aisholt. 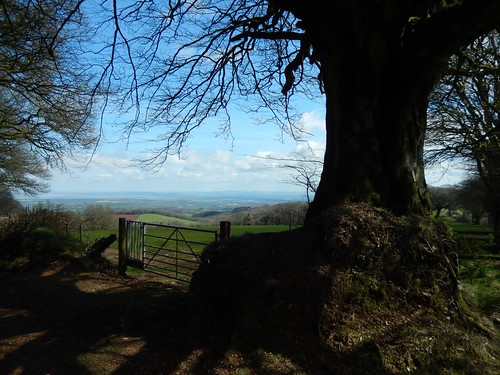 I soon crossed the point at which I would be returning to after lunch. 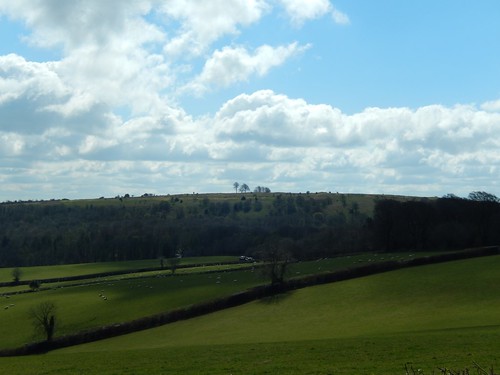 By now, Cothelstone Hill was already distant, as I ventured along unfamiliar mud. 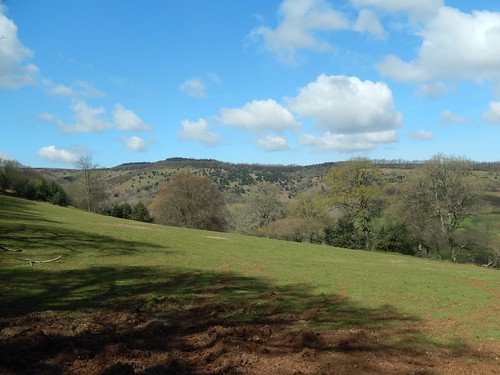 When you’re on a walk, going downhill and you know you’ve still got to reach the highest point… You become very aware that you’re going to have to start climbing uphill soon and, probably, quite hard. 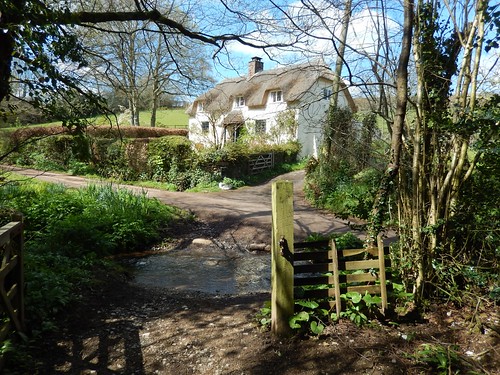 Crossing over a ford as I reached the quiet road, I was pleasantly surprised by what this small area had to offer, with the thatched roofs adorning several homes. 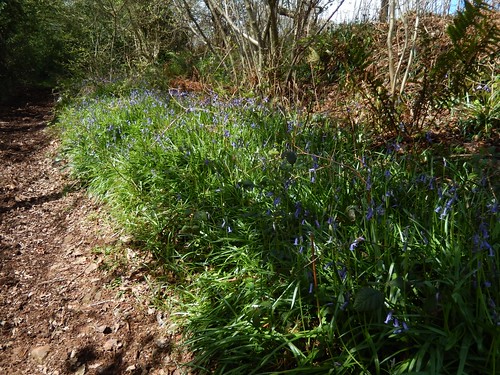 That steep ascent wasn’t far along, as I then turned off the road beside Higher Aisholt Farm, with bluebells on one side offering comfort in contrast to the rocky track beneath my feet. 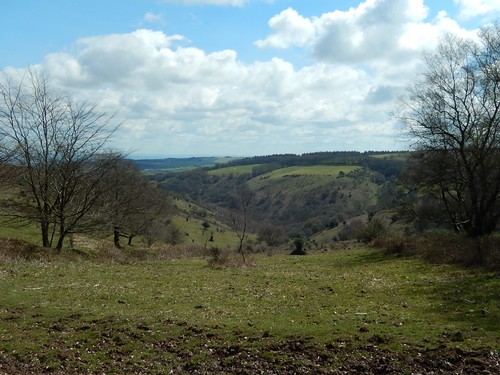 Here, I was; having returned to Aisholt Common. 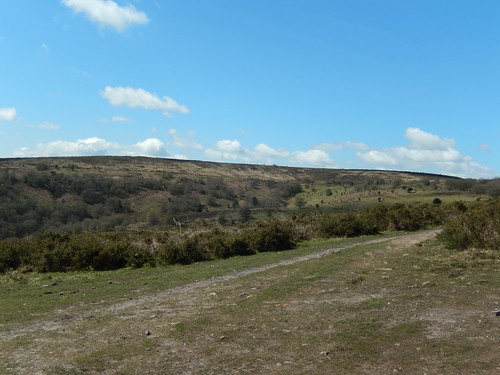 Walking alongside the southern boundary of Great Wood, I was faced with a continuous and gentle ascent that I’d not taken notice of, having only walked down it, previously. Lunch time was feeling overdue and yet, I was still intent on reaching the Wills Neck trig point before then. 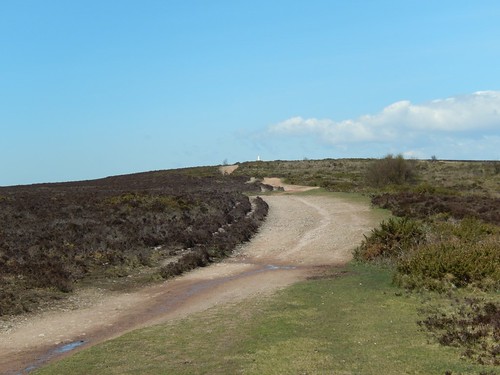 To get this far, in my figure-of-eight walk, had been tougher than I had ever anticipated. But I made it, once again. 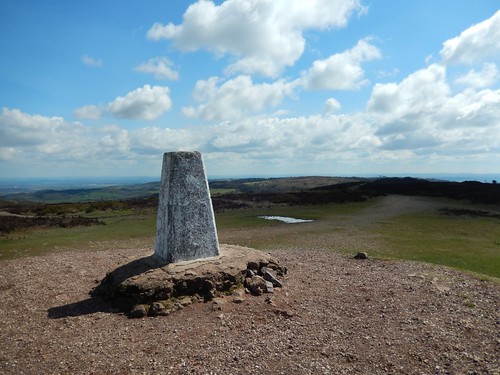 Wills Neck is, quite possibly, my favourite trig point, of all that I have reached so far. 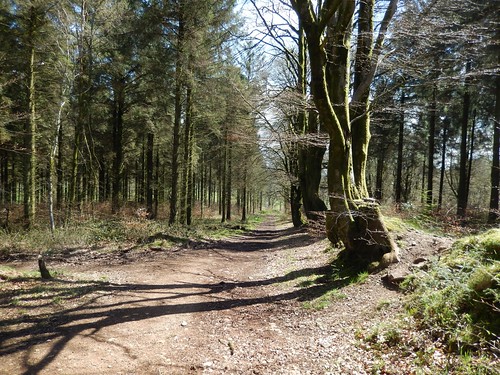 Again, it was too chilly to stop here and so, I turned back towards Lydeard Hill and headed in to the northern woods of Muchcare, before settling down with shelter from the wind, sun and a relatively quiet place where I didn’t see another face for almost half an hour.

I’ll close Part 1 here; shortly before I reacquainted myself with the route I’d walked in the morning. How would the walk fair from here? In a county where footpaths are frequently overgrown and gates fenced off…