From high up in the Wedmore hamlet of Bagley, we were set to descend to the Somerset Levels after lunch; hoping to escape the intense heat of the afternoon. 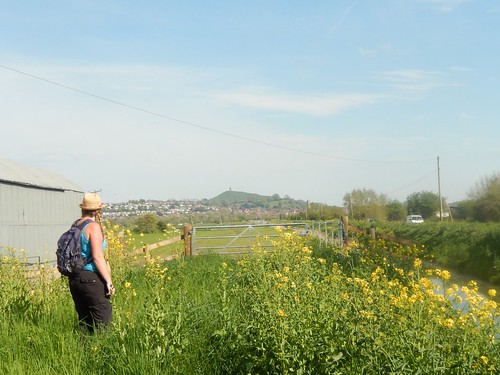 We topped up on sun cream before leaving our lunch spot; soon to descend downhill and past Wilkins Cider Farm. 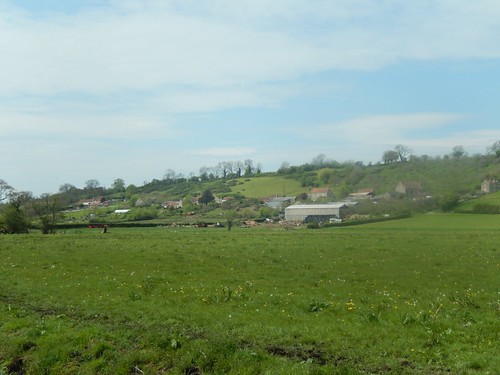 A breeze came at us, head-on. It was full and refreshing and didn’t let up as we continue to descend towards the moorland. 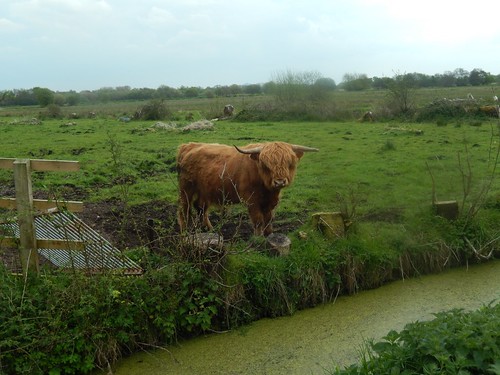 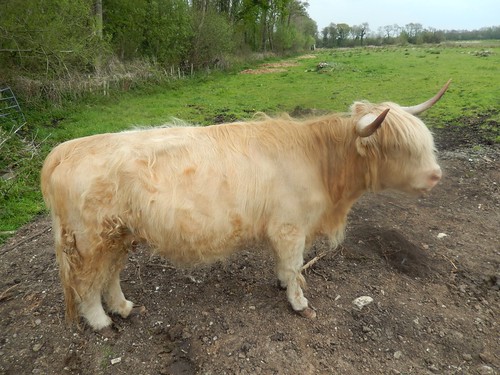 These Highland cows were audibly sweating beneath the heavy heat. 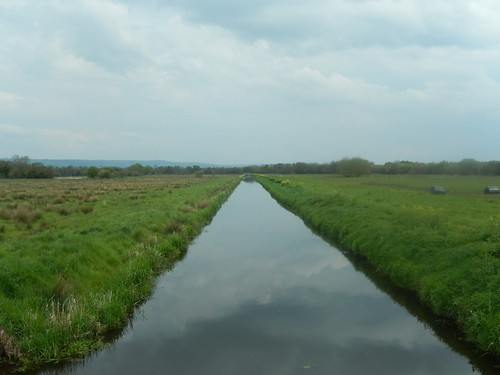 I’m sure we passed a group of people wearing coats and fleeces… Yet it was at least 24° and the breeze was anything but wintry. 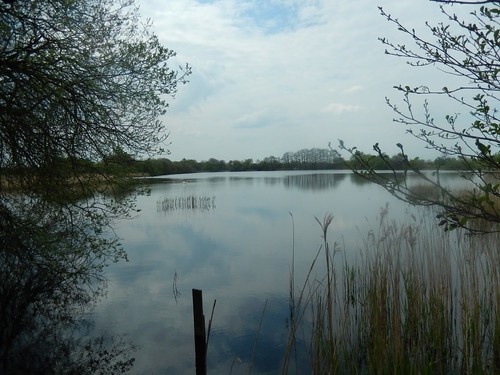 Our walk through the reserve was quite direct, as we marched on along a series of tracks and quiet roads in the direction of Meare. 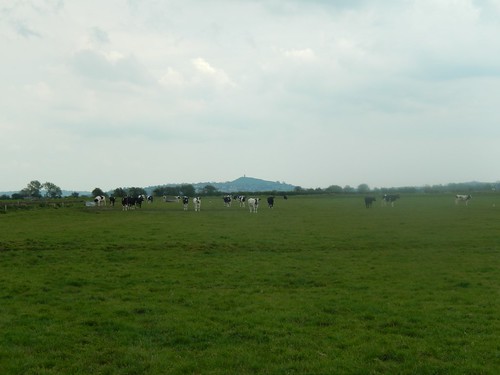 It was in Meare that we experienced our first close encounter of the bovine kind. While crossing the first of three fields before reaching the village, dozens of calves were paying uncomfortably close attention to us, treading on our shadows with every forward step we made.

These cows were quite grown and not fully grown. Their mother was nowhere to be seen either and so, we were able co-operatively find the courage to stand up to them, now and again, in order to allow ourselves to progress (intermittently). 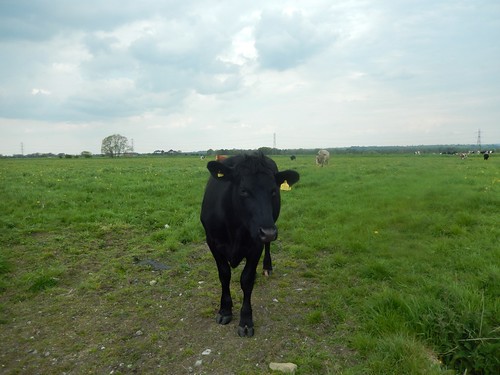 As we walked to the top-left corner of the next field, this next herd didn’t appear to express much of an interest until after we had departed; at which point, they soon embarked on the gate; ensuring we would not be turning back on ourselves. 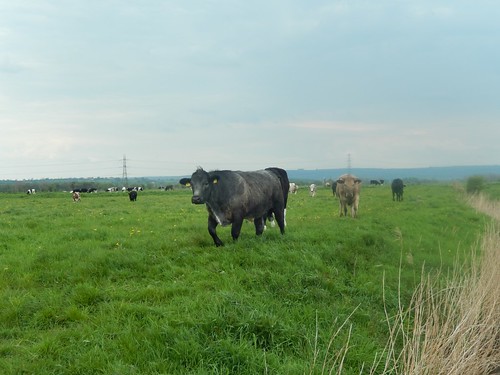 From then on, we could follow the riverbank through an empty field without disturbance. 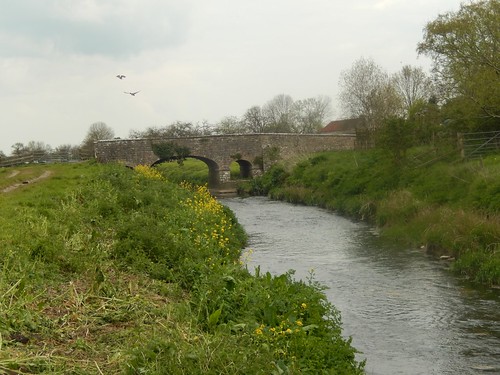 We continued beyond the bridge you see above to another river crossing. 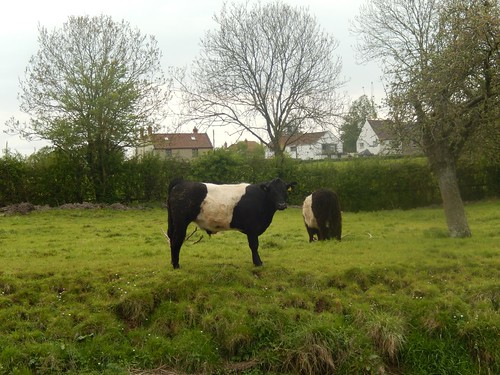 Across the way, I could see cows dressed in sheep’s clothing… They didn’t fool either of us for a second! 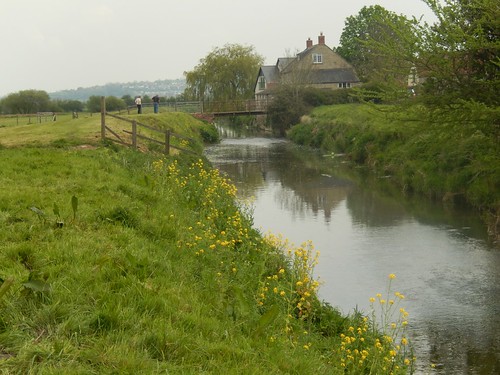 Our bridge across the River Brue was far less medieval than the one before it. But it led us almost instantly to our next point of interest ahead of reaching Glastonbury Tor. 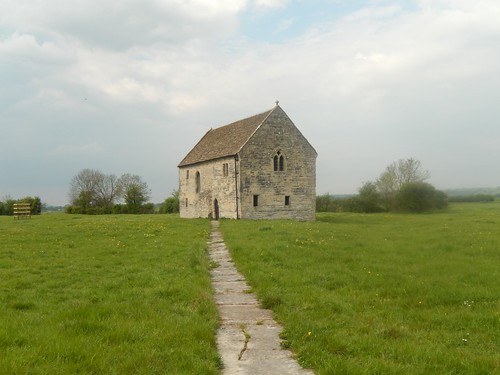 Abbot’s Fish House is the only surviving monastic fishery building in the whole of England. Currently, it is under the care of English Heritage. We were only here to explore the exterior but a key can be rented from the nearby farm – this is something we may do on another visit, along with exploring the local church. 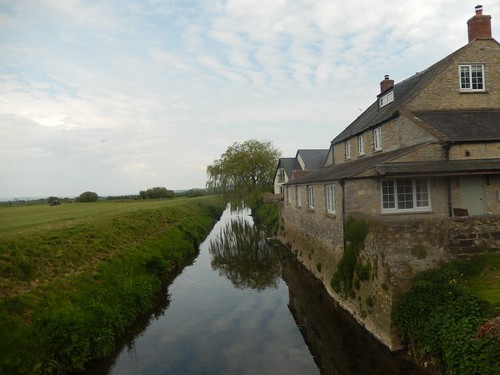 After a good five-minutes to allow our blood pressure to settle; we returned to our riverside walk, continuing to the east. 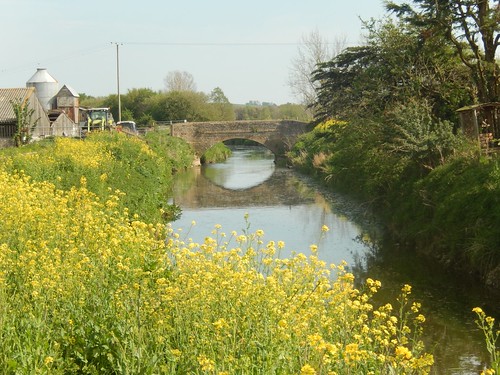 Some of the views along this section were truly beautiful, even being just a few years away from the road. But even where the long grass and nettles were not present, the ground under-foot was stern enough to break your ankles (almost). Clearly, cows had been moved along the bank during wet weather. It was uncomfortable and tiring. Adding to this; a number of field gates were either locked or difficult to open, meaning we had to climb over, adding to our fatigue.

It was like a drawn-out version of the Krypton Factor… 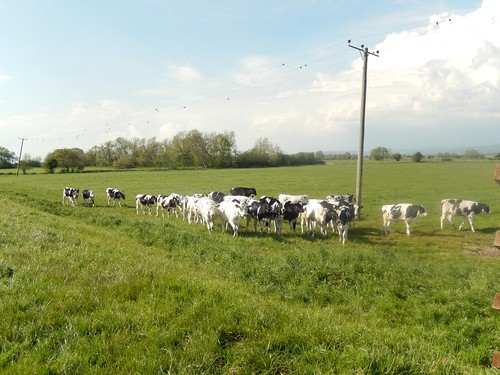 Those cows we did see were merely young calves and, while certainly curious of our presence, they weren’t bold enough to climb up the bank and press their noses to our backsides. 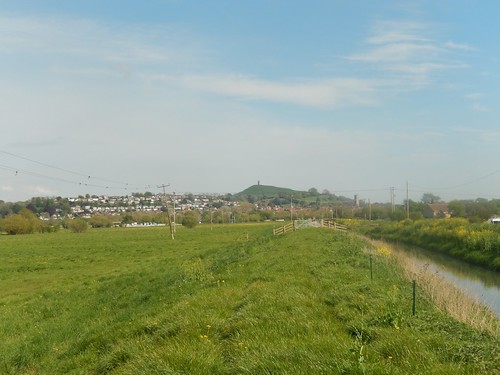 If the B3151 hadn’t been so busy (lacking in any form of a pavement at this point), we might’ve left the green and headed for it much sooner. Glastonbury was becoming clearer up ahead. Our legs were growing heavy, as our water supplies continued to drain. 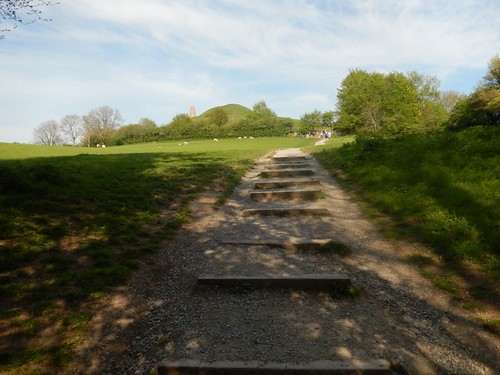 Our walk to the tour saw us walk along the High Street, as opposed to braving any more rural footpaths head of the inevitable climb. We opted for the ‘short but steep’ steps, ascending from the south-western corner. 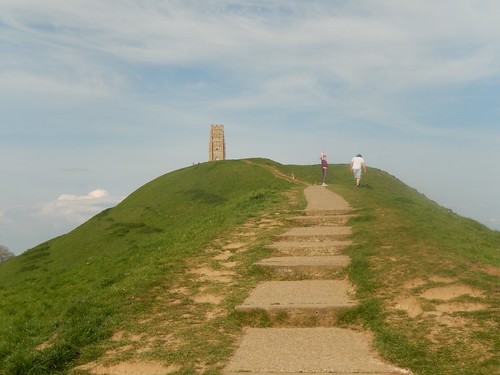 It was already past 17.00 and, with other commitments in mind for the weekend (plus a twenty-five minute drive back to my car), we kind of wanted this to be over sooner, rather than later. 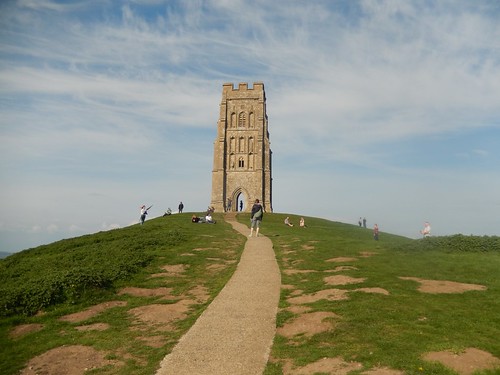 This experience of climbing Glastonbury Tor wasn’t new to either of us – although, undoubtedly; Anna has been here many more times than I have. With a gathering of people at the top [not to mention one individual posing for a cringe-worthy smartphone selfie, with the tower out of shot…], we weren’t keen to linger for any longer than necessary. 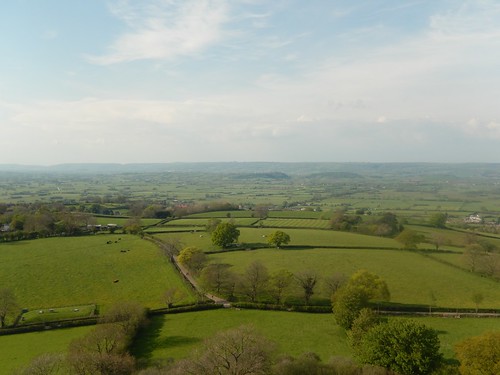 There used to be a trig point up here and it was either destroyed or removed for some purpose. In its place, I believe, now lies a topograph pointing to other regional high points – but for a posse of posers lingering all over it, I’d have been able to share a photo with you. 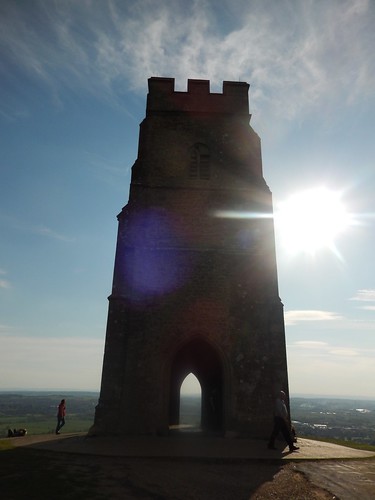 But the church tower alone remains a significant local landmark and, if not for GPS technology, it could still be used for landscape surveying purposes. 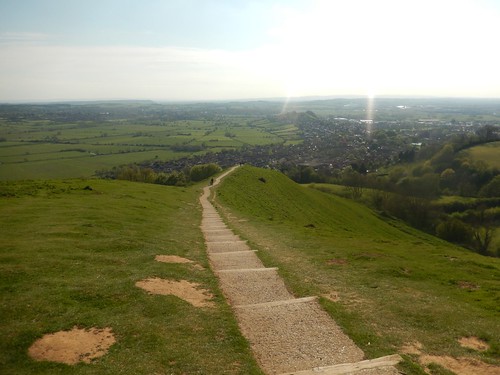 While I cannot speak for Anna, I honestly felt as though the descent of the same steps that led us to the top was more intense on my knees.

Perhaps twenty-minutes later, we were back at Anna’s car – for future reference; we used the Proper Job car park which has good access to the High Street and no apparent parking restrictions or limitations. 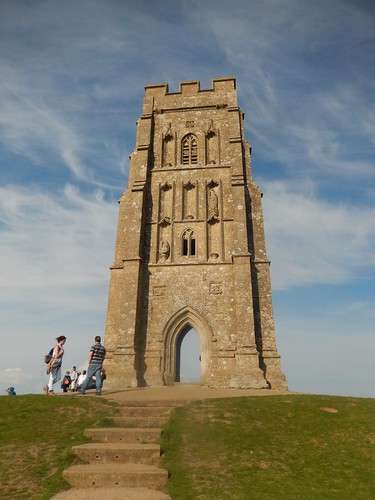 So, that’s two trigs in the bag (not including the toppgraph) and a church tower; all within fifteen miles of adventure… Our new challenge has officially begun!