We approached this walk with a slight feeling of sadness, as it will be the penultimate walk in our challenge to walk the Somerset Coast Path 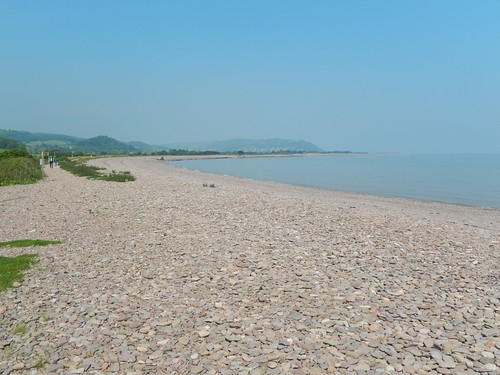 Setting off from one of the many free parking bays beside the seafront of Blue Anchor, we were destined for a finish at Porlock Weir. 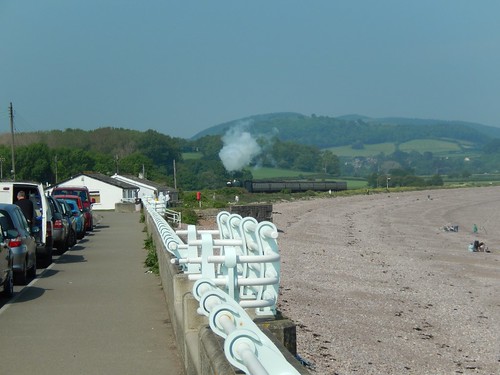 We began by following the pavement and avoiding the pebbled beach below for as long as we could. But as the road took a turn to the left, we reached a coast path sign that led us ominously along a grassy track behind houses, before dropping down to the beach.

This walk will also see us complete the current section of the England Coast Path, as we reach Minehead and join the SWCP. 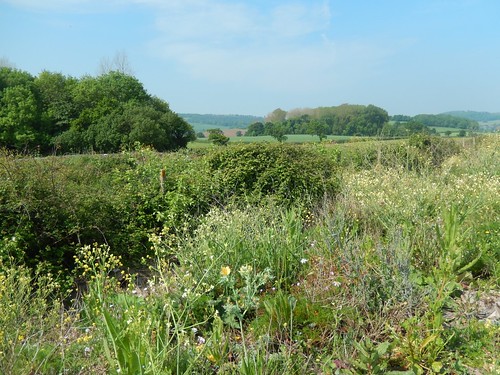 If that train had been heading the other way, we might’ve been tempted to hop on as neither Anna or I particularly enjoys long stretches of pebble beach walking. Late spring/early summer was very much in bloom to our left and ahead of the railway line. 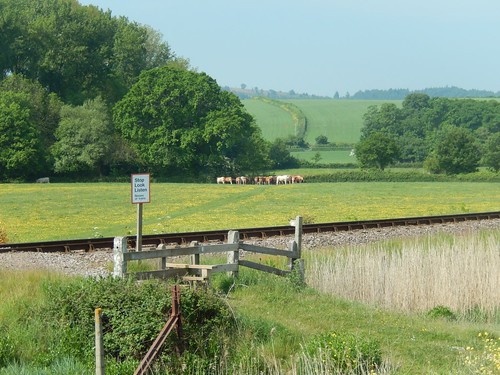 I remember passing a woman, walking her dog but with a highly inappropriate pair of sandal-like shoes on her feet. I guess that, when the make a path accessible, they don’t have to take in to consideration the type of footwear someone might bring. It is purely to do with the public right of access and direction. 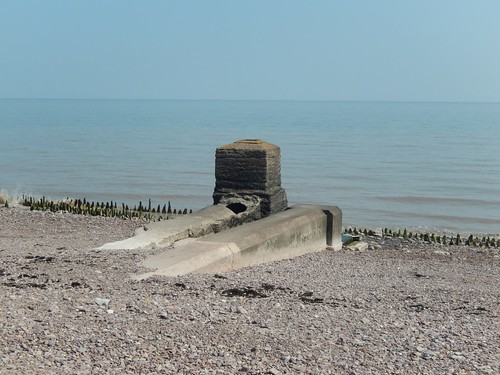 From Blue Anchor Bay, we soon stepped on to Dunster Beach, where I noticed this man-made structure close to the water’s edge. 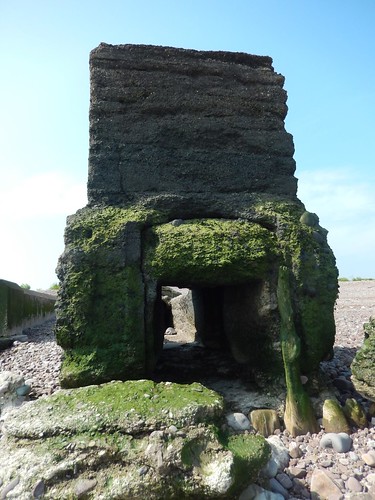 Heading down towards the wooden groynes for a close inspection, I found a pair of drainage channels. To the right, the lower one was ‘in use’, with water pouring from its end. I might presume then, that this second setup is used in the event of wet weather and to lessen the risk of flooding from the marsh and moorland that exists across the railway. 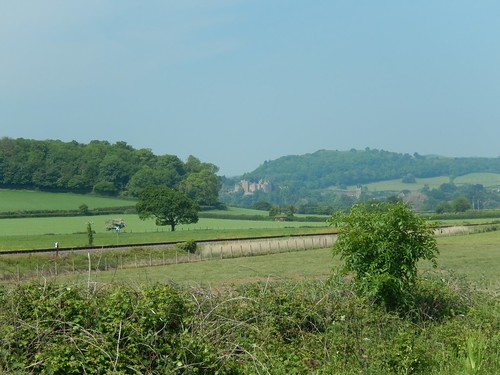 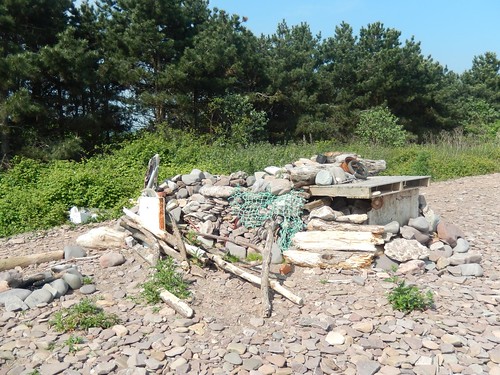 Before leaving the beach, we encountered this shelter that someone had from the remnants presumably left behind by the passing tide. 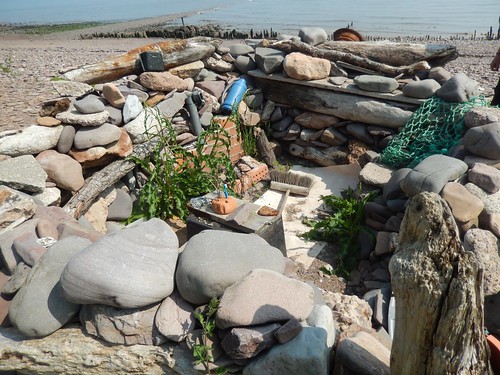 I think this is a feature I’ve seen on the blogs of other coastal walkers and so, not perhaps a recent construction. I can’t imagine someone would camp or spend a night here. 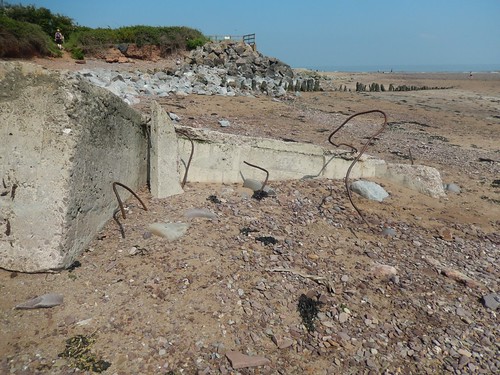 Quite often, whilst walking along a beach, I’ll find large structures (like these stones or concrete-things) with lengths of metal embedded in to them…

How? Why and what was their former purpose? 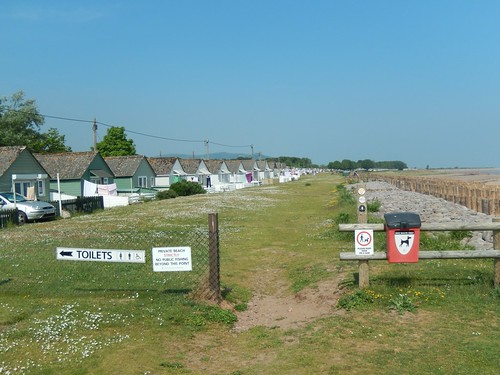 Then, as if we hadn’t passed enough holiday villages in our previous walk, we were set to grace one more. Thankfully, there was no inland diversion to deter us from a direct route to Minehead. 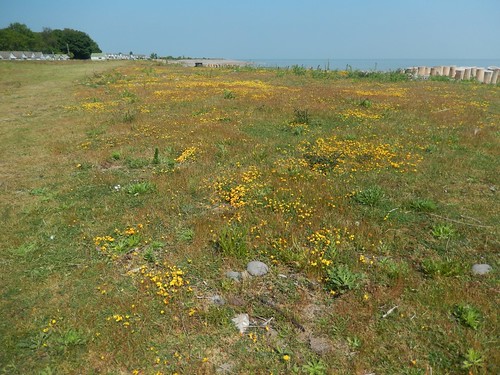 This line of chalets went on… And on! We must’ve spent a good twenty-minutes following their line. Honestly, it was as if half the population of Birmingham could comfortably reside here at any given time.

I also thought of Tiny Houses, while attempting to imagine how little may exist inside. I’d probably take one of these over a caravan; given the option. 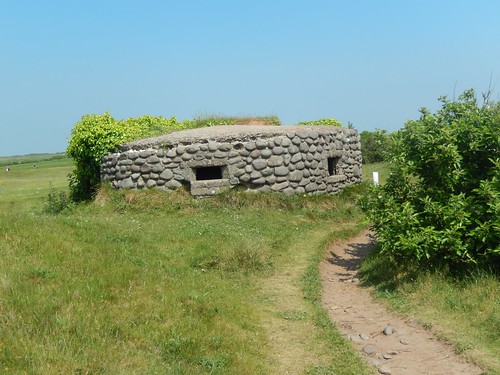 Approaching Warren Point, we stepped to one side of a pill box to follow a risen around the extremities of a golf course. There was no fencing along this stretch but, several signs warning you to stay on the path, for the risk of being struck by a ball. I was relieved to find these golfers were somewhat tolerant of walkers. 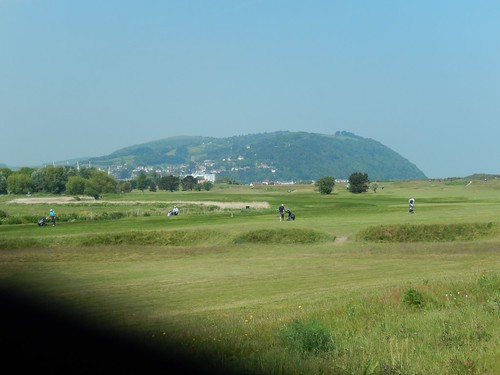 Beyond the green was Minehead – constantly overshadowed by the challenge of North Hill, to follow soon after. 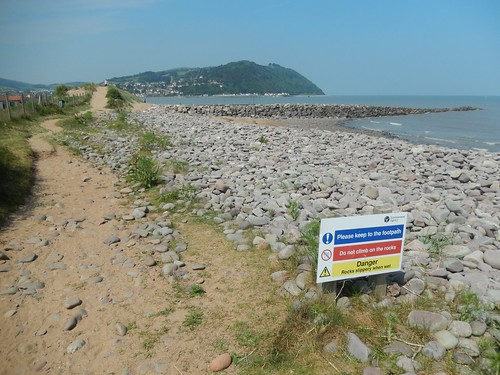 Almost inline with the main entrance to Butlins, we encountered real sand on our way to the seaside town. Unfortunately, it made the short but steep incline ahead unnecessarily hard to conquer. 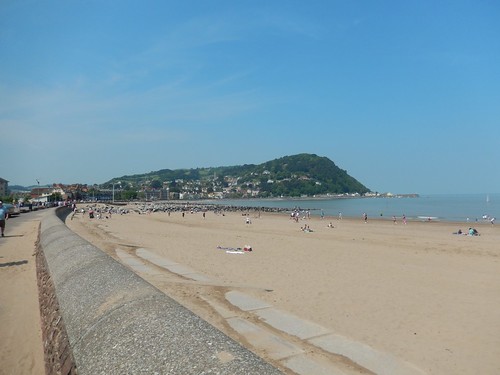 Having walked for a good hour by now, we stopped for a short break. Close to Anna’s other side, an elderly woman in a mobility scooter suddenly pulled up, as if wanting to join the conversation… She didn’t stay until the end. 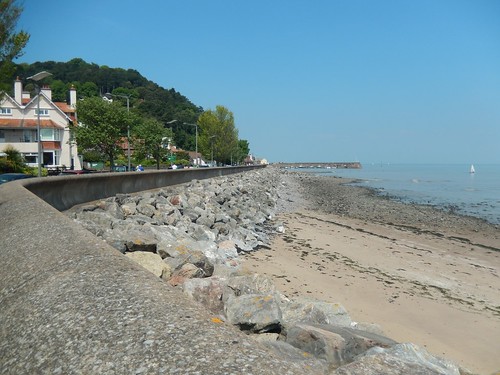 It’s a surprisingly long walk around the seafront and on to the harbour. Pavement was a welcome change to the rocks of earlier but, on a Sunday day, you’re always going to have to negotiate hordes of people. 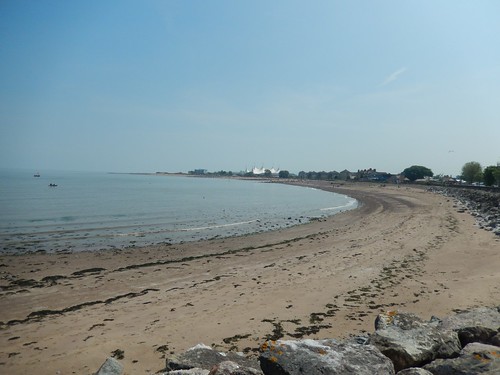 Soon, the eyesore of Butlins was behind us as we reached the end of the current England Coast Path. 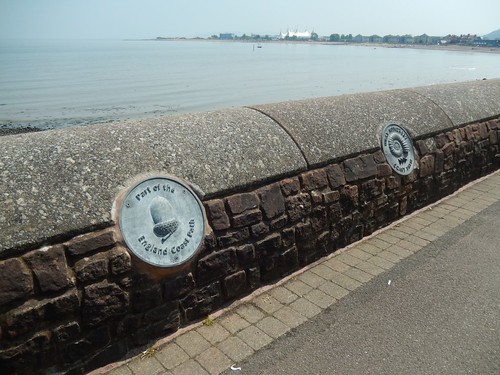 It was good to see that an acorn has been set in to the sea wall, next to the West Somerset Coast Path marker, who’s western end also meet at this point.

To continue west from here, we would have to join the South West Coast Path – initially, following a route that I took on my own, back in December. 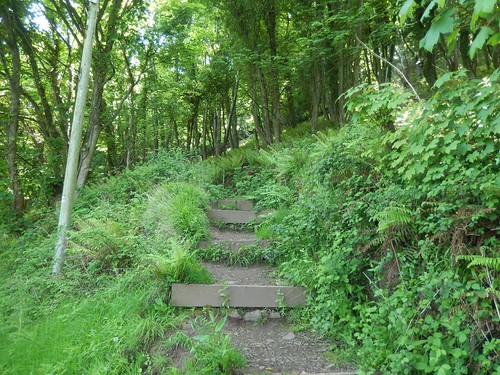 Back then, I soon left the SWCP to pass Greenaleigh Farm and then, endure a near-vertical climb up Burgundy Chapel Combe. This time, we stuck to our route, following every zig annd zag until we finally reached the top of North Hill. 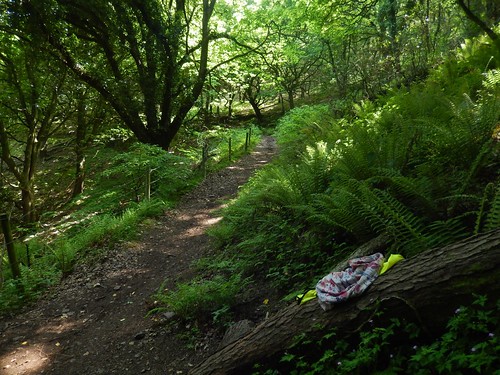 It was far from easy, requiring frequent stops for us to catch our breath. A man power-walking (and quite possibly a runner) soon burst past us, while it looks like another walker may have shed their clothing beside one gateway… 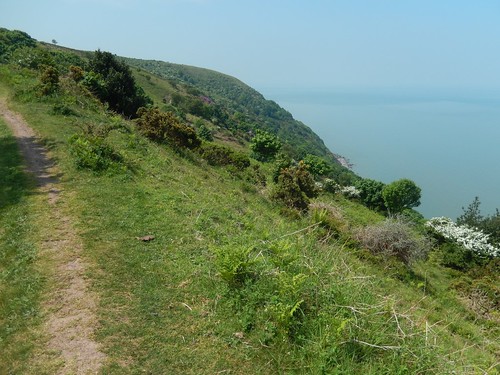 It was at least 21°C, without any refreshment on offer from the warm and gentle sea air. 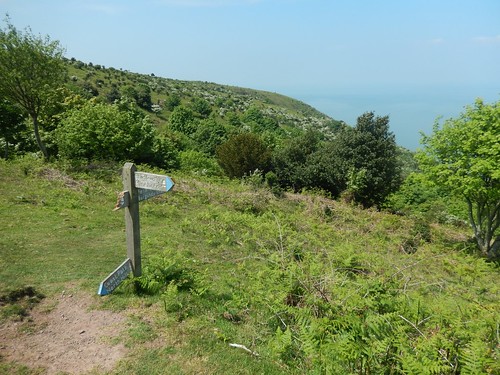 We then passed the junction with the alternate way down to Burgundy Chapel. Also, what would become the first of several encounters with broken signs on our walk. Let’s hope that the designation of the England Coast Path will (one day) soon rectify this. 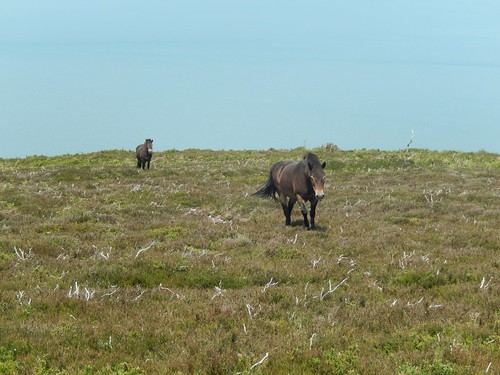 Within the territory of wild horses and without a shading tree anywhere in sight, we flopped down for our anticipated lunch stop. 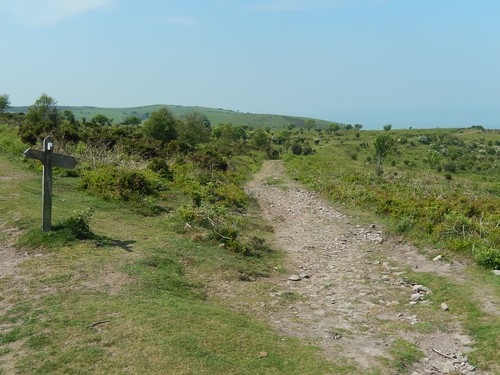 This was about the time, at which, we reached ‘the decision point’ for the duration of this walk… And another damaged signpost. Seriously, how does this happen?

Do we followed the South West Coast Path as it is? Or, as I did back in December; take the ‘rugged alternate’ path that lies closer to the sea?