For the third successive year, I’ve completed the thirty-mile distance Mercury Mendip Challenge, which is a well-organised annual event that Weston Hospicecare have been running for several decades. 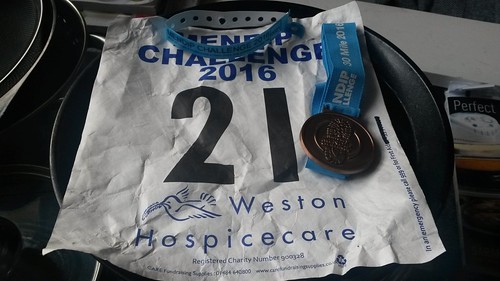 I completed the challenge [walking – not running] this year in nine-hours and thirty-five minutes, which is on a par with my time from 2014.

As far as blogging goes, I’ve decided to approach this a little differently, this year…

In previous years, I would complete my standard lengthy write up in a series of one or two posts, with an abundance of photos included. I’ve been hesitating over how to do it these past few days but suddenly, this evening, I have an idea.

Following on from this one; I’ll be uploading three separate posts to give a potential viewer/reader a clearer idea of what’s involved in the walk, for those who may not wish to tackle the full thirty mile distance.

I hope that makes sense and that it will be appealing for anyone who happens to come across it. In case you don’t already know; this event follows the West Mendip Way and starts from either Wells, Cheddar Gorge or King’s Wood near Winscombe, ending at Uphill near Weston-super-Mare. 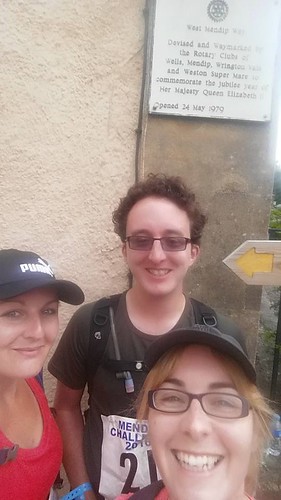 Sunday was beautiful, as far as the weather was concerned. Almost too hot at times, with the relentless temperatures rising to 24°C. I consumed at least 3lt of water, taking in to account the 2lt in my backpack and water available at every checkpoint (they’re, on average, only three miles apart).

It was great to be able to meet up with a couple of friends, briefly at the start and then after receiving our medals at the end (I’ve also stolen some of their photos from Facebook for inclusion in this post). At the beginning of the day, I was recognised and greeted by TT (aka. BarefootBaz), who would go on to ‘win’ the event, coming in at first place as one of the runners on the thirty-mile challenge. Afterwards, I was also approached by the girl who runs social media on behalf of Weston Hospicecare – again, I was recognised through social media and it was good to feel ‘a little bit famous’… With that, there were many familiar faces amongst the participants who I’d seen and met in previous years.

A great event that I would recommend without hesitation. 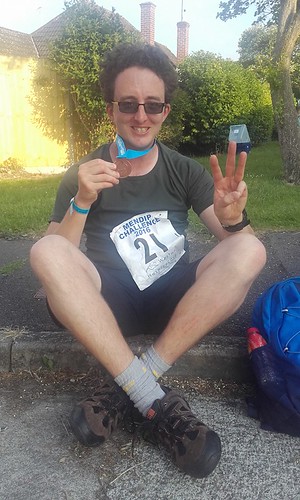 One thought on “Mendip Challenge 2016”