Having arrived at Wills Neck, I felt the urge to stop for an early lunch on the Quantock Hills. Overhead, however, the sky remained grim and overcast. There was a threat it could begin to rain at any moment – as it had started to, back down in Cothelstone. 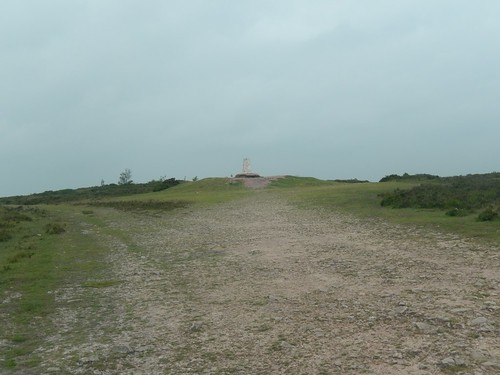 Instead of heading north towards Great Wood, as my finalised route would do; I turned immediately east towards Lydeard Hill. 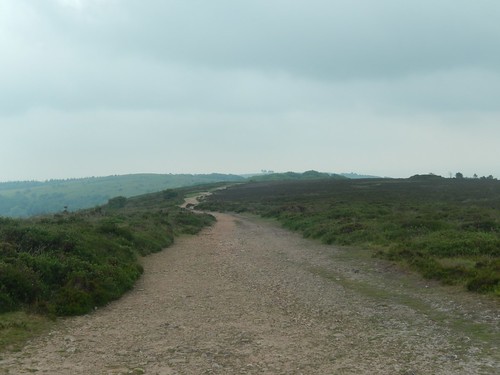 I hadn’t realised this before but you can see the trees of Cothelstone Hill from the highest point on the Quantocks. In other walks, I’ve noticed that the hill is quite easily distinguished amongst the surrounding summits. 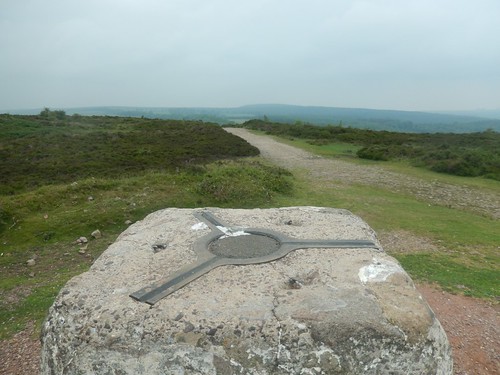 Before leaving the trig, I tried to calculate which other trig pillars this one might be triangulating with…

To the north-west, I decided one must be either Black Hill or Beacon Hill (both of which I have visited). West of this location, I spotted a trig point near Dean’s Cross in Coleford Water, which appears to reside on private land. Then, it might’ve been the one on Broomfield Hill (which I have been to) or, slightly north of that; there’s also one near Hawkridge Wood on private land. 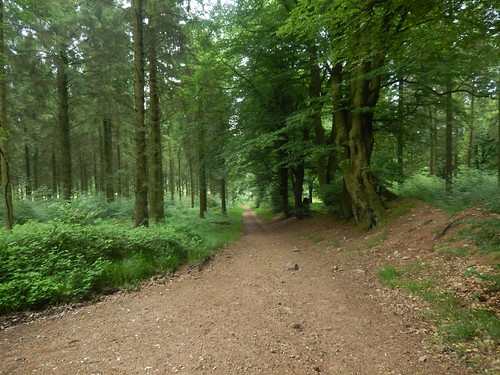 Across Lydeard Hill, I again cut through the woods of Muchcare, where I had stopped for lunch on my previous walk in this area. It was sheltered, even though the rain had yet to fall and there was a birdsong all around me. But, for some reason, I didn’t feel comfortable stopping here and soldiered on; south along the next track to join the road.

I followed the road past Park End and almost to the point where the MacMillan Way West climbs Cothelstone Hill. Here, I turned left and down an unsigned bridleway, heading deep in to the woods. 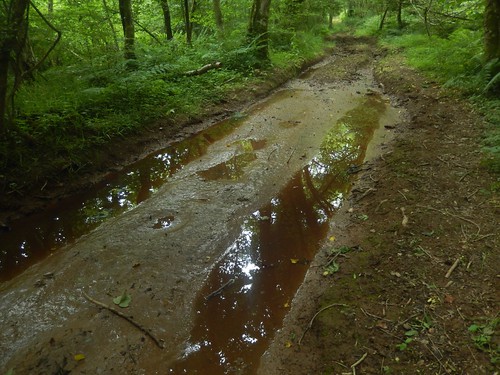 …You can imagine what the conditions were like as I continued this descent!

It’s a popular route for horse-riding, with a riding centre at the other end of the eastward trail, near Manor Farm. Unfortunately, it saves the worst of the mud and water until the very end – before that, there are opportunities to scramble up on to the woodland bank, as others have clearly done previously. It’s not easy or desirable for anyone wearing inappropriate footwear but it remains more interesting than stepping aside to let cars pass by you. 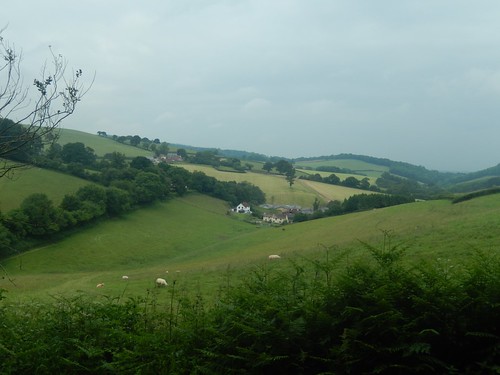 It’s by far the quickest route I’ve found as a return to Broomfield. For the same reason, I had often previously ignored it due to its lack of hills and viewpoints. Still, I was able to look down towards Lambridge Farm, having walked along the top of those fields on a previous walk. 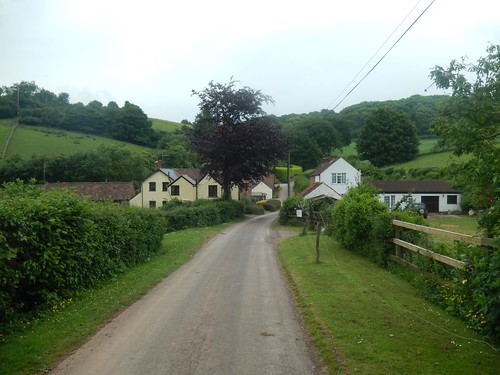 Straight over the crossroads, I followed a quiet road downhill, at first; before passing between two farms, with Waterpits Farm on my right and a steep incline following the road ahead. 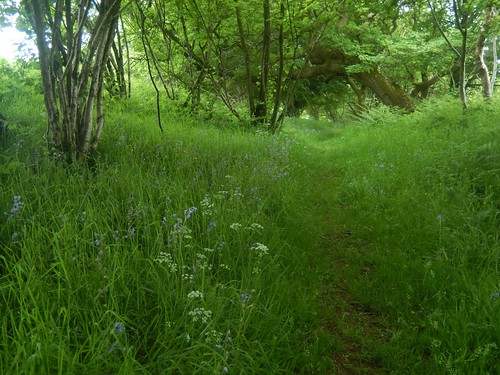 At the top of this road, you join a route that continues north-east in to Bridgwater, meaning it tends to be busier than most in this area. Almost tauntingly, there’s a pub on the left, before I soon turned right to begin the final climb up and over Broomfield Hill. 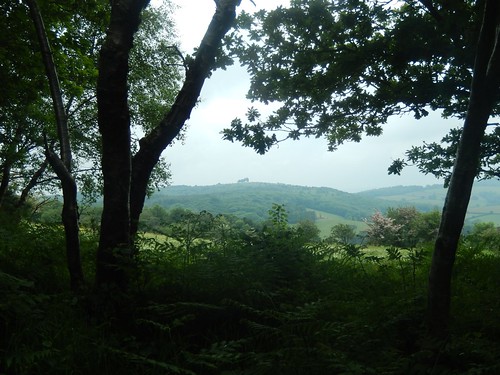 I always follow the shaded track up here and especially in the summer months. Far off to my right and, looking across the access land that adorns much of this hill; I could again spy Cothelstone Hill. 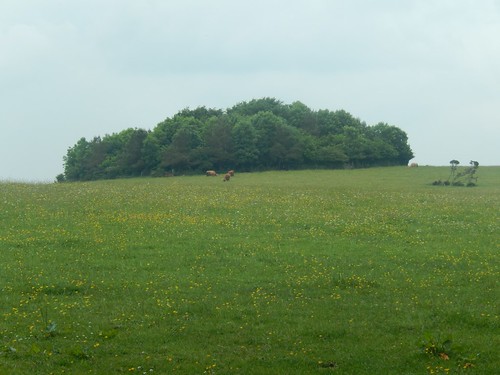 As I turned east along the track, Highland Cattle could again be seen in the field to the north, near a tump of trees with a trig point not far away. Sadly, they wouldn’t be visible, as we’d pass through here as a group, seven-days later. 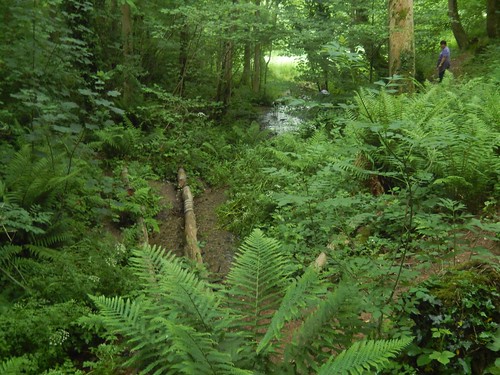 Following the roads further, I turned immediately left after the pond opposite Ducks’ Pool; through an unsigned but unlocked kissing gate and onto more access land, making my way downhill towards the stream. 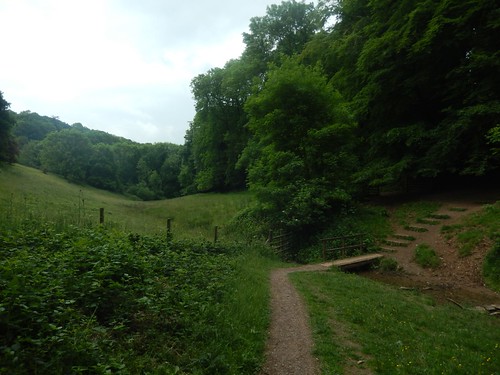 At the end of this, I joined a path running east-to-west between Fyne Court and just north of Broomfield Common. I find this route back to the car park more satisfying than merely following the roads. 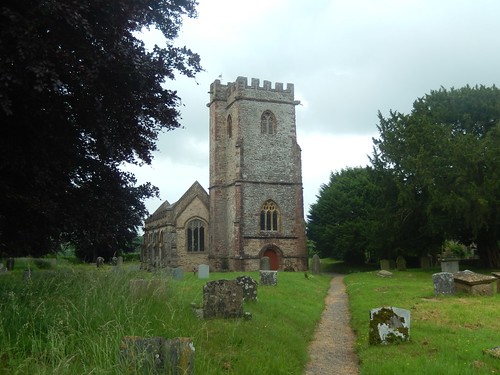 At a junction in the paths, I veered left, further uphill whilst heading away from the National Trust property and on to St. Mary & All Saints Church, which I’d not stopped at before. 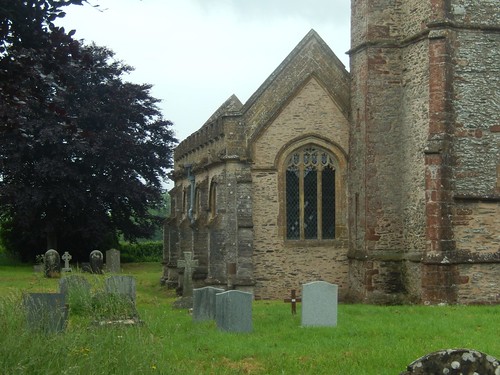 This was my third church-visit of this walk. It may be a personal record (three churches in one walk), if it hasn’t at least matched a personal best.

From there, I followed the road as far as the main entrance in to Fyne Court where I had chosen to park in the overflow car park on the left. Which is probably best-avoided in the summer, due to its exposed location, lacking in the trees and shade of the main car park inside.

This walk ended up being thirteen miles, where my newly-finalised route would sit closer to twelve-and-a-half. Finally, I was ready to lead this walk!

Total distance of this walk = 13 miles