Having spent some time at Westbury Beacon – my first visit to this area – and taken many photos, it was time to turn eastwards and find somewhere to rest for lunch. 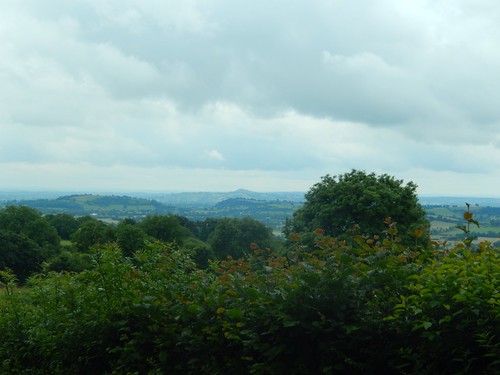 But it wasn’t simply a case of taking a direct route, with a line of private fields ahead of me and some road walking to follow, before I would reach my next convenient footpath.

You can continue west from Westbury Beacon and end make your way to Draycott Sleights Nature Reserve. But that field was filled with cows and I was surprised they hadn’t already passed through the broken wall to consume much of the elbow-high grass that surrounded me. 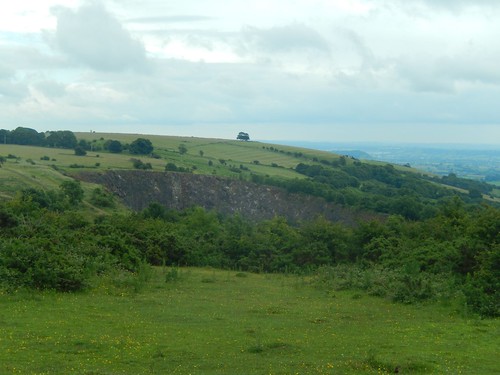 Making my way back to the road, I saw the almost iconic sight of a lone tree on a hilltop to the south-east. Then, directly beneath that, the cliff of Broadmead Quarry rose in to view.

I wasn’t able to take any clear photos as I followed the road past it but, with warning sighs and high security adorning the main entrance, it seemed clear that this site is still in use today. 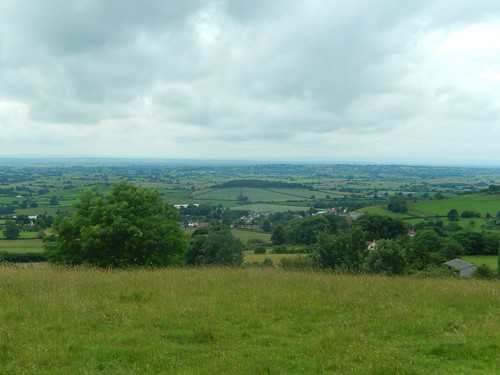 Immediately after the quarry, I turned left and headed south down the narrow Stancombe Lane – one I would not like to drive along, for fear of meeting an oncoming vehicle. Nearing the village of Westbury-sub-Mendip, I would take a left turn, close to the bottom of the hill and enter Cook’s Field Nature Reserve. 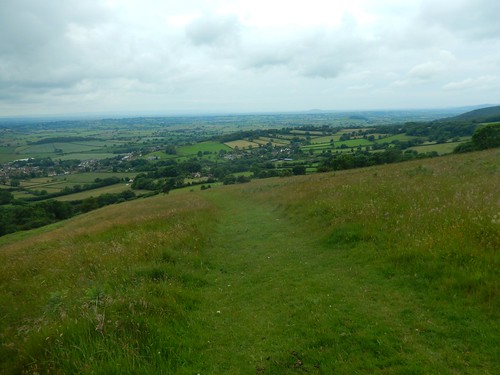 I know this area fairly well and was confident that I could find my way to a picnic site (seating and benches are always welcome on a lunch stop). I’d only previously walked through here in the opposite direction, downhill… I hadn’t anticipated just how steep a climb this was going to be. 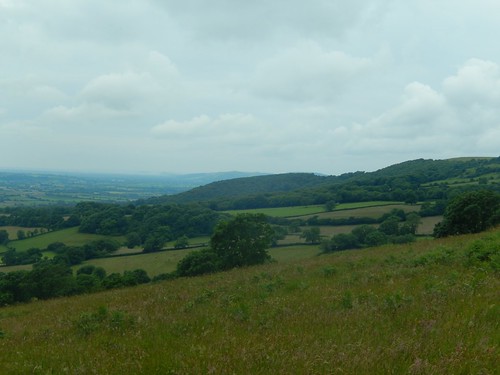 As I negotiated lazing sheep through the first field, I could turn back and just make out Crook Peak in the distant west. I was grateful to be walking on Access Land, as it allowed me to avoid a herd of cows, having attracted their gaze.

Studying my map further, I came to the conclusion that I was in the wrong nature reserve and that Lynchcombe Nature Reserve, to the south, would’ve led me directly to the picnic site and car park, south of Priddy… 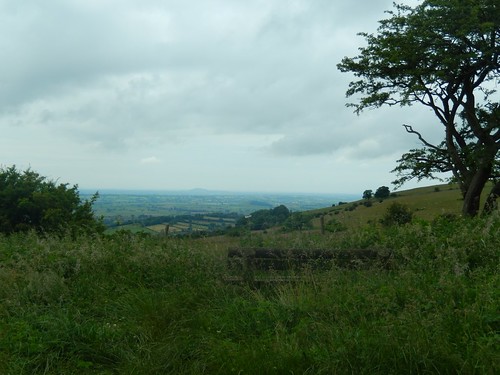 At the end of the next field, I came to a junction with a choice of two paths – one of which was not on the OS map but, it lead directly to the car park and I soon found myself sat beneath the trees and reaching for my flask of tea, where others had decided to remain in their camper vans. Ahead of me from my seated position, I could see Brent Knoll again.

This next phase of the walk took me past Ebbor Gorge where, on a brighter day, I might’ve postponed my lunch a little longer, in favour of reaching the clifftop viewpoint. 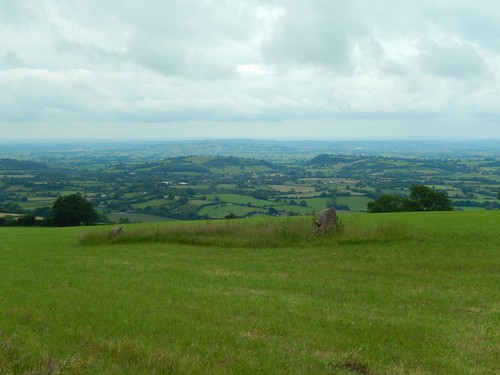 I followed Pelting Drove south as it passed Deerleap, before taking a left-turn towards Ebbor Gorge. 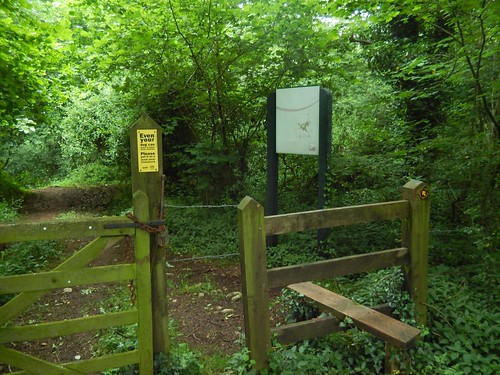 It had been a few years since I had walked these paths and it looks as though the notice board needs replacing. But the waymarks (although dated) were quite clear. 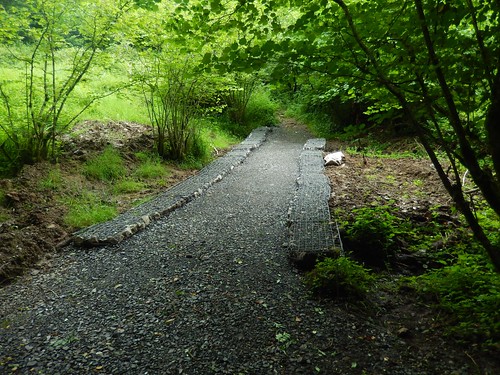 It’s easy to take a right-turn too early and end up emerging beside the gorge car park. My very first walk here was quite horrendous… Without an OS map and in failure to follow an AA guide, I ended up walking the A39 for two-hours before making my way back via roads from Wookey Hole

Long since those days, it looks as though a former stream-crossing has been significantly improved, ahead of a sharp but short ascent. 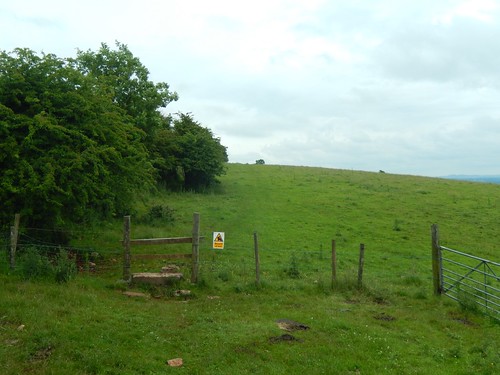 Near Ebbor Rocks, I soon dropped down in to the gorge to join the West Mendip Way, for a short distance. Ahead of Higher Pitts Farm, I left the Way to continue east, across the heights of hills and walking in the direction of Rookham.

Despite the warning on the stile (the OS map is misleading, as it suggests you follow the northern side of the fence), I saw no cows from here on, let alone a raging bull. 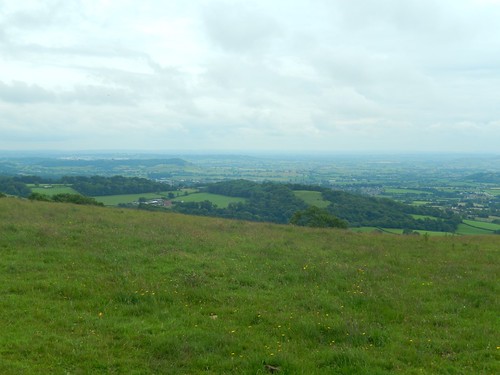 A couple of years ago, I walked along here in the midst of a very wet winter, where severe flooding across the Somerset Levels had left a wide and distinct river in its wake. June has seemed like a wet month for us but it could’ve been a lot worse. 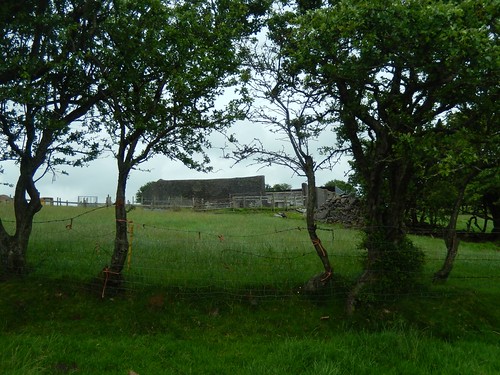 Before reaching Rookham, I had to navigate my way around a tumulus. 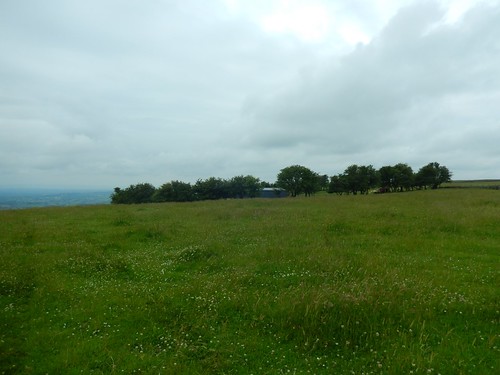 Surrounded by trees and without public access, it has since been built upon, for farming and agricultural purposes. 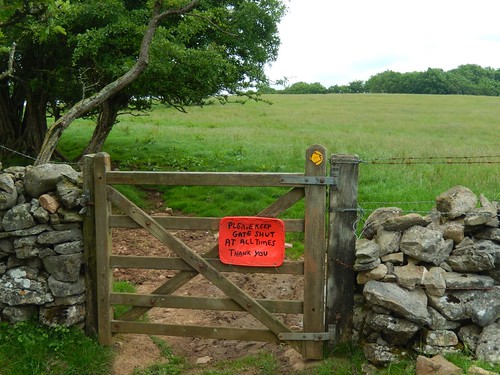 There’s a sign, almost identical to this one, near Arthur’s Point in Wookey Hole, south-south-west of this location… It must be the same landowner. 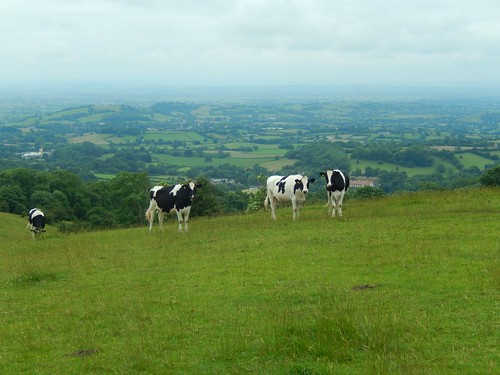 I did spy some cattle before passing through the gate but, even though they rose gradually and one at a time, they gave me no bother. 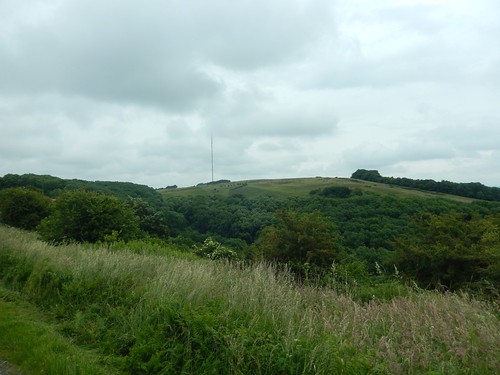 Now, I was walking towards a point just south of the infamous transmitter on Pen Hill. Not that I would be walking that far, though. 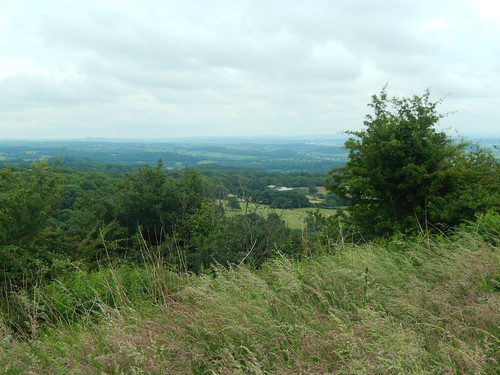 As I turned north and followed a farm track from Rookham, there was an almost perilous drop available down to my right. With my knees already hurting, I didn’t fancy it and continued on a ‘safer’ path towards the road. 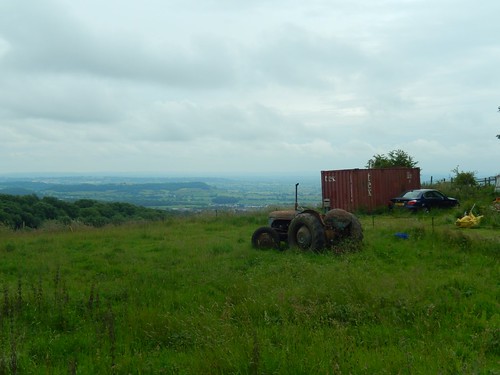 I think it had started to rain, lightly, before I got this far. Had the weather worsened, I might’ve followed the dry road north for the final few miles as it was a very direct route back to Stockhill. 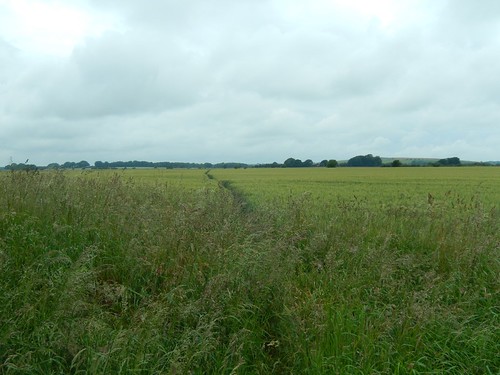 But after reaching the road, I turned left soon after and entered a series of fields. Beyond the first field, I could see only crops… Until I moved closer and found a clear path had been cut through. I was in luck… 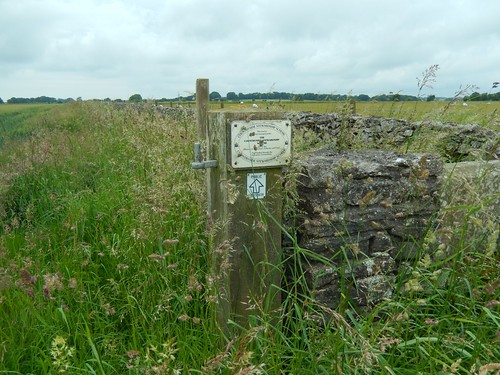 Subsequent fields were not as clear cut, with the footway being lost to long soft grass. Again, I was relieved to have worn trousers. On a brighter day, my bare legs might’ve chosen to walk another way. 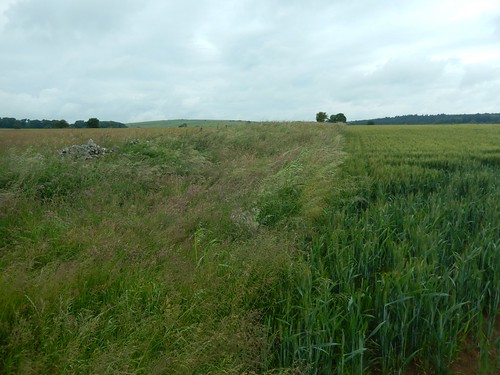 Do you fight through the grass or crunch along crops? I stuck to the grass, ever wary that I might step on a snake… You never know when a landowner may be lurking and, although some are better at maintaining footpaths than others, I have no intention to damage their crops. 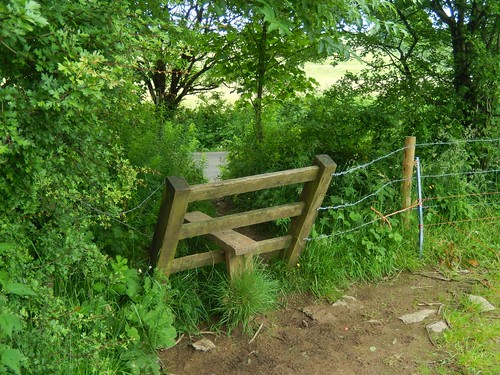 Ahead of the next road, I negotiated a field of sheep and thistles to then join up with the Monarch’s Way, over a newly-installed electric fence (it wasn’t there last year). It also looks as though the weight of the new fence has taken its toll on the stile, which isn’t as safe and sturdy to cross as it used to be.

From here, I could retrace my steps across Priddy Mineries and back to Stockhill Forest.

I was very pleased to later discover that I had walked twelve-miles on this day. It had felt like less than ten and had been completed in only five-hours. Perhaps not as hilly as some of my other recent walks. But still, it was a good achievement.

Total distance of this walk: 12 miles. 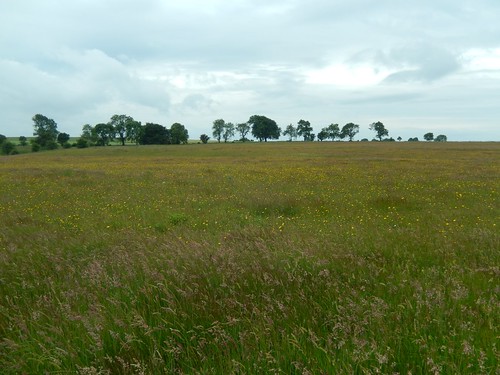