Having already explored the National Nature Reserve in Part 1, I would’ve now been beyond halfway along the intended route of my walk around Stiperstones. 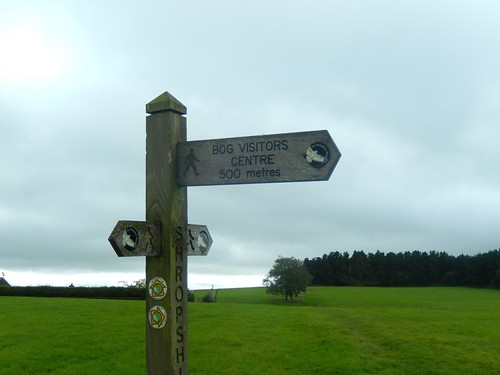 From here, I continued along the Shropshire Way, south towards Nipstone Rock.

Again, if you’re interested in the route I followed, please have a look at the Walking Englishman’s website.

Indeed, it was very tempting to turn off, away from Upper Knolls Farm and towards a visitor centre where I knew that a cup of tea and cake would be waiting! 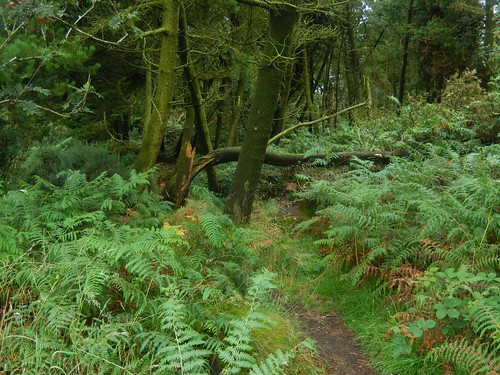 From an open field, free of cattle, I continued on through the woods. Although, the path was not as obstructed as that above photo may otherwise suggest. 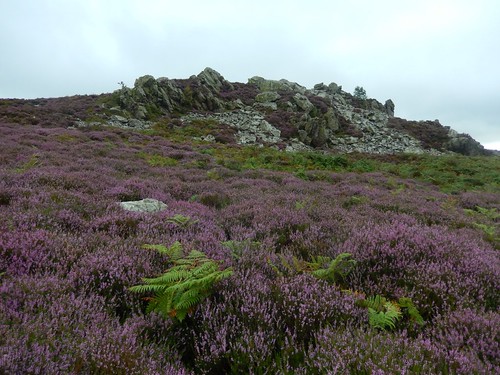 It was clearly defined walking from here on, as I passed a couple of dog walkers, passing Nipstone Rock before then looping around The Rock. 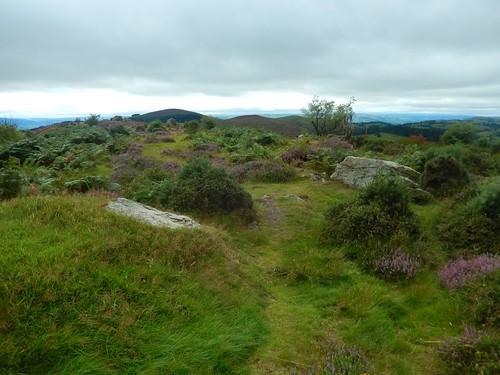 I found this rock arrangement near the south-western end of the loop… To my eyes, it could’ve been a burial mound that has since been excavated. Yet, there was nothing at all to highlight it on the OS map. 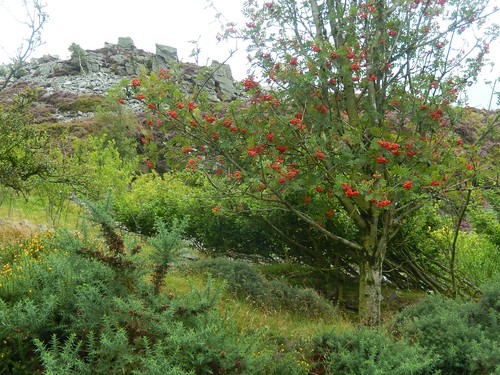 It looked so straight forward from here… Leave the Shropshire Way before it meets the road and turn left, going back on myself… So, why did I turn left up an unsigned path that, as I quickly discovered, was horribly overgrown? 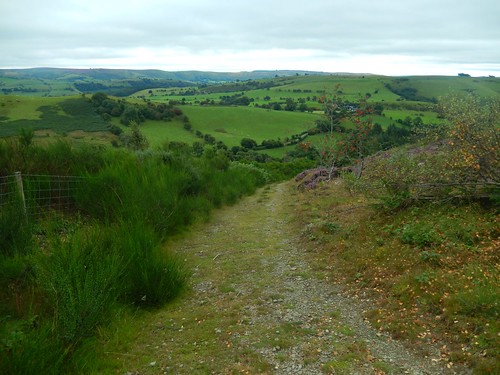 Optimism can be a dangerous thing. I kept on, kicking my way through brambles, squelching past a bog… The backs of my legs had been slashed in evidence of this struggle. When I reached the end of this never-ending path, I found myself back at the entrance to the woods I had left only half an hour earlier!

I stopped for lunch at this high point, before things got worse…

I felt confident from here that I could turn east and find the intended Frogs Gutter path… But I must’ve missed it. Or, spotted it and ignored it because it looked too overgrown… Continuing downhill in the hope of a second option, I found myself back in the jungle of before!! After another struggle and lower leg suffering, I reluctantly sought a return along the road. 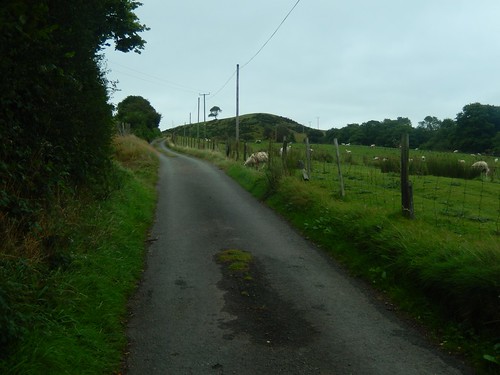 It was also about this time that the rain started to fall, as I climbed steeply along the tarmac. 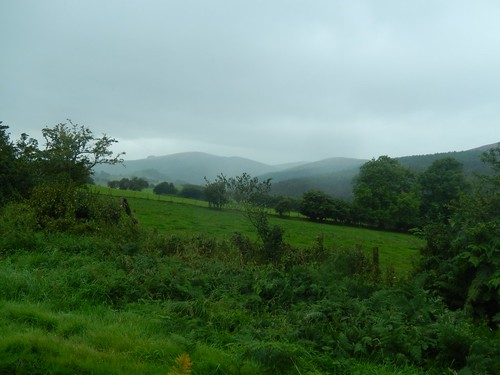 To the east, I think you could see the Long Mynd.

When I arrived at the junction near Frogs Gutter, I saw an unlocked five-bar gate to my right but there was no hint of waymarking or any path to be followed. A little further up, I met with the point at which I should’ve joined the road earlier – a pleasant field path, in fact.

So, I continued further uphill to The Knolls; twice giving way to a speeding red Royal Mail van before entering my next option. 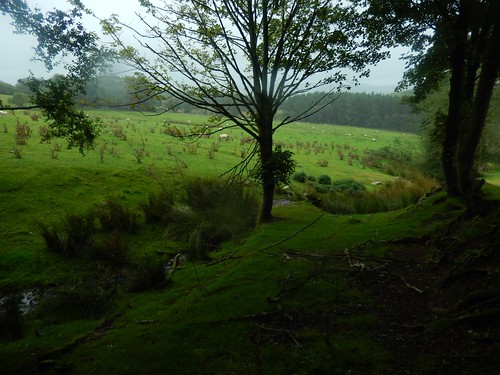 Through the first couple of fields, it was quite easy going and I could navigate from one kissing gate or stile to the next. There were only sheep in the way and, even when I did encounter a cow, they just looked on, dumbstruck, with no attempt to interfere or intimidate.

But then, waymarking appeared in a ‘fragmented’ stile – one for this path but not for the other. I quickly found myself wandering across farmland without much direction. Eventually, through backtracking I found my way northwards where I would illegally climb a broken field gate from Knolls Farm to reach a road before the return to my car. Phew! If anybody had spotted me struggling over the ‘No Admittance’ sign, I am grateful that they did not raise the alarm!

Why does waymarking tend to be so bad on farmland, of all places? 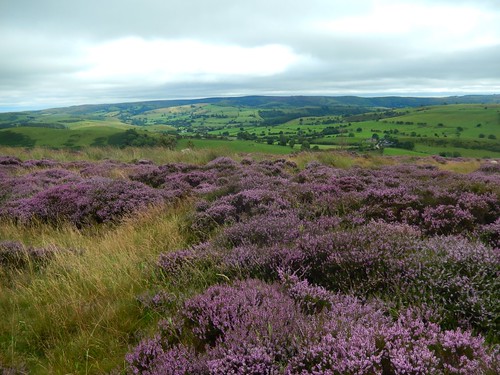 Aside from the few negatives and frights I experienced, I was very please to have my first Shropshire walk under my belt. I did enjoy the day, most of the experience and what was to follow. I felt pleased and very satisfied that I had made an effort to tackle this walk, in spite of the dismal forecast. I also believe I added an extra three-miles to my walk, which has at least counted towards my #Walk1000Miles challenge.