This was it. A walk I had been highly anticipating, in the run-up to my Shropshire Hills getaway. 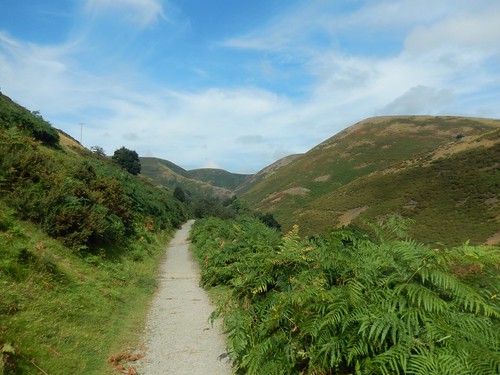 It began with a drive to Church Stretton, where I’d be looking to explore the Long Mynd and Carding Mill Valley. 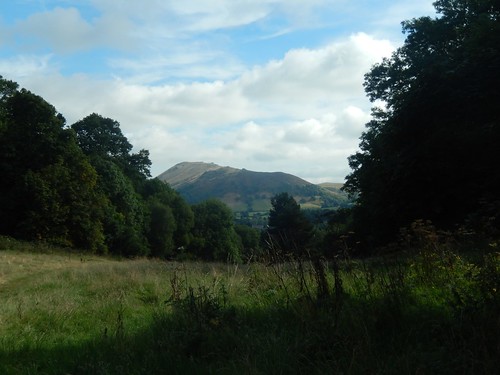 Like my walk on the Stiperstones, two days earlier; this route was also found courtesy of The Walking Englishman – where, I believe, the author also makes reference to its ‘necessity’ for anyone wishing to discover Shropshire. 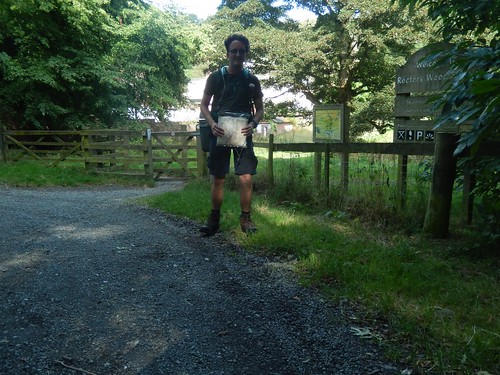 I’d used the post code for the Longmynd Hotel as a guide for direction and easily located the free-to-use car park, on the other side of Cunnery Road to its entrance. I was the only car to be seen here, on this Wednesday morning – hence, how I found the time and initiative for a selfie. 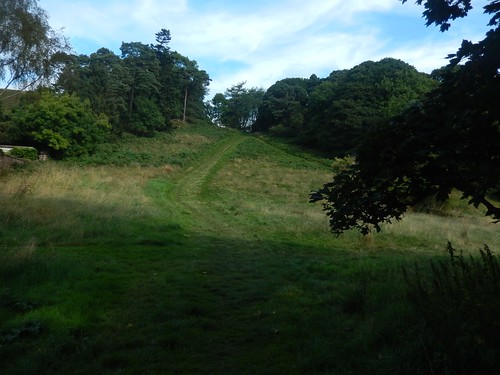 Rectory Wood isn’t marked on the OS maps and so, I believe I began my walk by making the same mistake as the route’s author – climbing immediately up a short but very steep hill, when I probably could’ve taken the path down across the field. 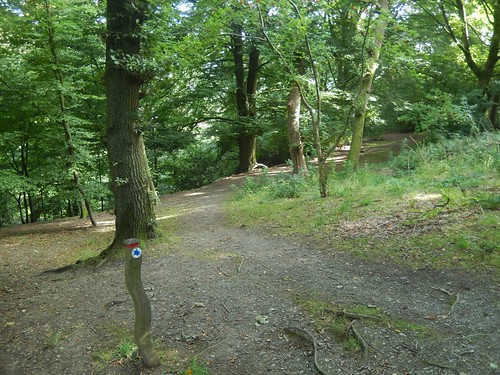 At the top, as I arrived breathless, I was met by a small group of dog walkers, congesting the kissing gate. Isn’t it often the way? You bump in to people on a countryside walk when you’re most unprepared to act social! 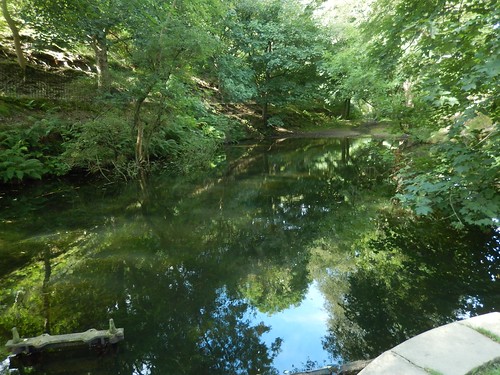 Unable to tie myself to point on the map, I continued by following the waymarks (as on the wavy post, above)… Initially, it seemed I was going in the right direction. But, as I began descending, I checked my compass to see that I was heading back towards my start – from there, I backtracked along a higher path to eventually cross the intended streams and pass by a small reservoir. 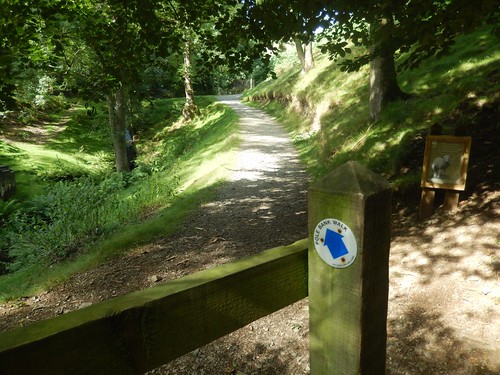 I then found myself following the Pole Bank Walk, as the coloured lines on my map suddenly began to translate with my real-world surroundings. 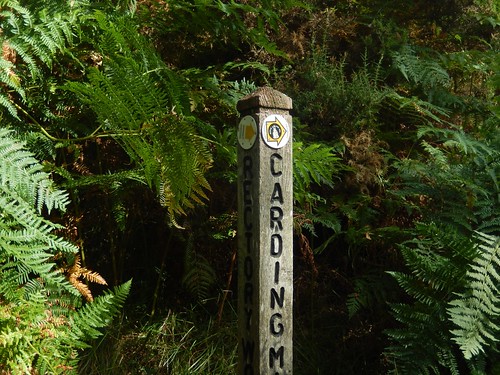 My route began to climb slightly, as I continued along another route, known as Walking With Offa (in reference to King Offa; of whom, the well-known Dyke was named after). 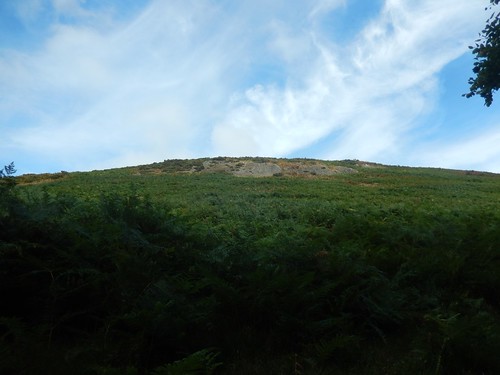 Heading towards Carding Mill Valley from what already seemed like a high point, I walked beneath the shadow of a hill so steep that even a climber might have thought twice about a ‘shortcut’ to the top. 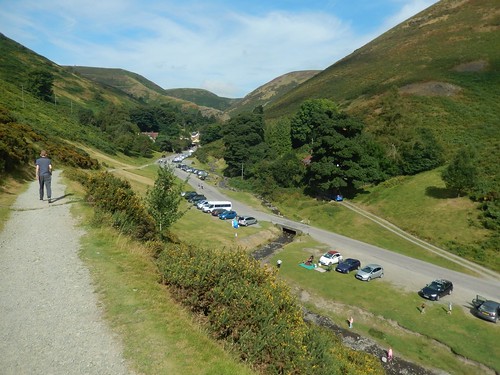 A little further on and I was definitely arriving at the valley. I dropped down from Burway Hill to follow Mort’s Road in a north-westerly direction. 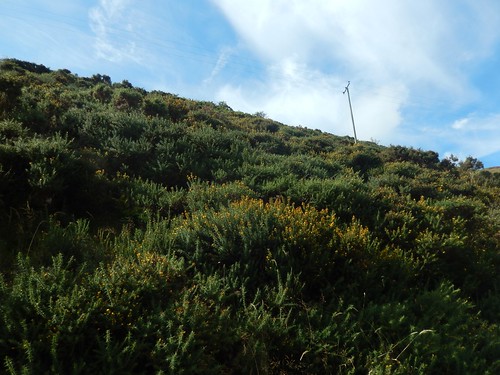 Between Devilsmouth Hollow and Bodbury Hill; walking beneath Cow Ridge and beside a constant stream of parked cars. It felt like a long way to the top. But, at least the going was easy. 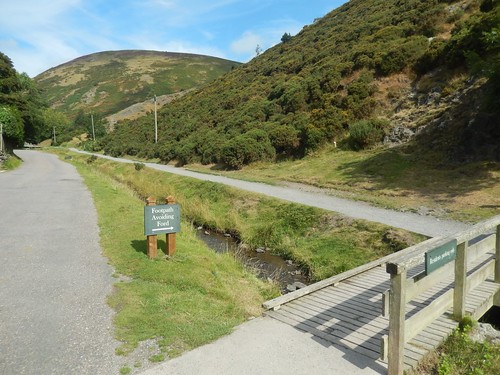 As far as National Trust funding and maintenance goes, this is clearly a very well looked after part of the region. 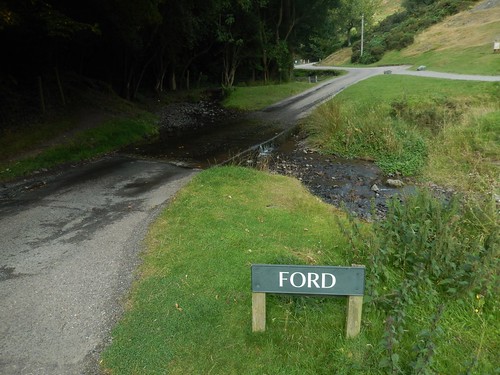 I did laugh to myself when I saw the next sign. With its lack of ‘warning’, it’s almost an attraction in itself… Perhaps for people who spend too much time trampling tarmac in city centre… I’d like to see it in winter. 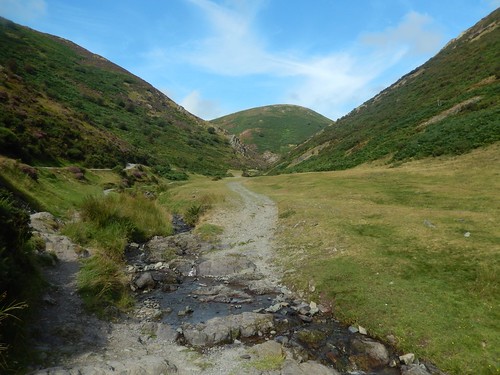 There was an option to break-away to the left of the stream and explore a pond or two. It was a popular attraction for kids. Me, however, I only wanted to continue walking in one direction. 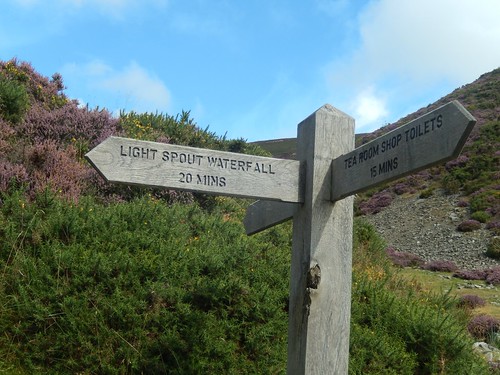 At this fingerpost, I took a diversion away from the Walking Englishman’s route and did, indeed, head off in search of the waterfall. I anticipated it would be busy but, I progressed regardless; following the ‘I don’t know when I’ll be here again’ state of mind. 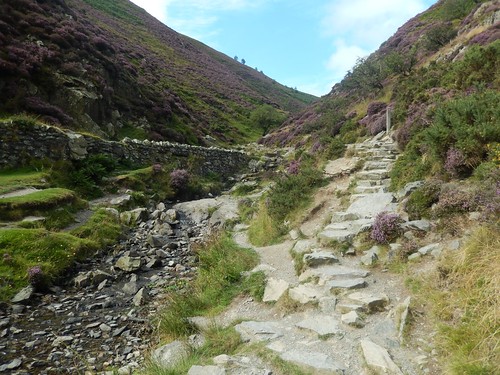 Walking west along an acute valley, I found the terrain beneath my feet transform immediately. Every few steps, I encountered a mini mountain, with its irregular rock formations and shapes. Each footstep required consideration, especially when I had to give way to two couples heading towards me. I really enjoyed this bit. 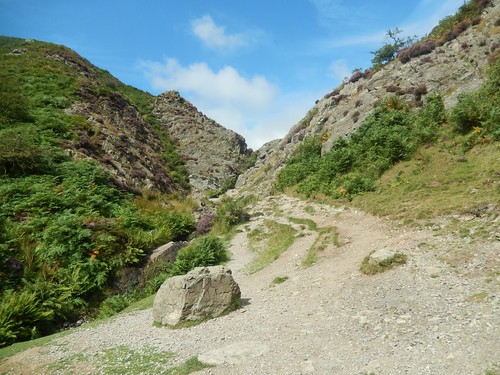 If you’re expecting Lightspout [the name may be a clue] to comparable to the best of the Brecon Beacons, you’re going to find yourself disappointed. I was grateful to be able to spend a good five-minutes or so without seeing or hearing another soul. That tiny trickle of water was enough. So much so, I decided to stop for a snack break. 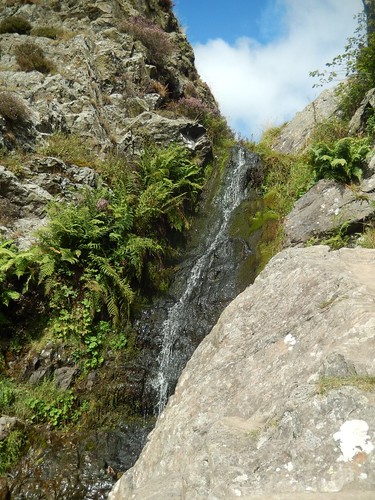 Part-way through, a middle-aged couple arrived and started taking their own photos. It just so happened that the also saw my apple slip from my grasp, bouncing and rolling for a good thirty-seconds, in the direction of which I had arrived! 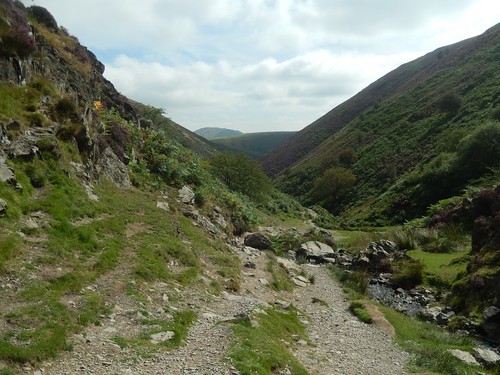 They say fruit is good for you… Some fruits and less convenient when you’re only a hilltop or mountainside and prone to poor coordination.

From here, my walk was destined to continue uphill. You’ll see that in Part 2.

One thought on “Long Mynd and Carding Mill Valley (Part 1)”