I’m finally able to sit down and write up my final walk from the month of August. 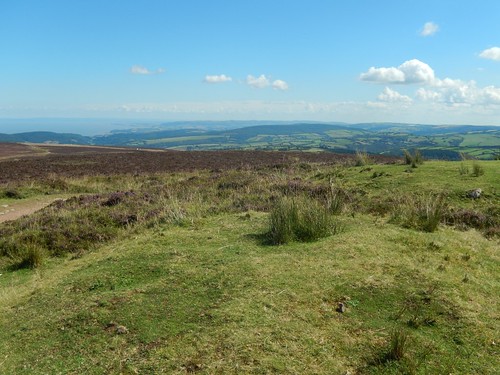 It was also my first walk on Exmoor (excluding the coast path) for more than a year. 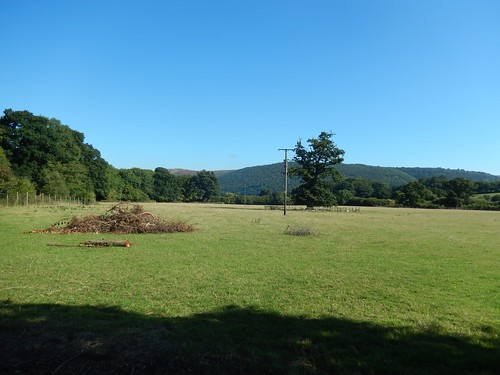 My intention was – as often is the case – to create a varied circular route that I might be able to lead with the walking group. As it’s a ninety-minute drive from home, I decided to up the mileage and settled upon a car park in the village of Horner as my start point. Along the way, I’d be climbing to Dunkery Beacon (the highest point in Somerset) before a long descent.

I remember the car park was free to National Trust members but pay and display for everyone else. Very close by, there was also a café that I remember, selling ice cream, cake and more. 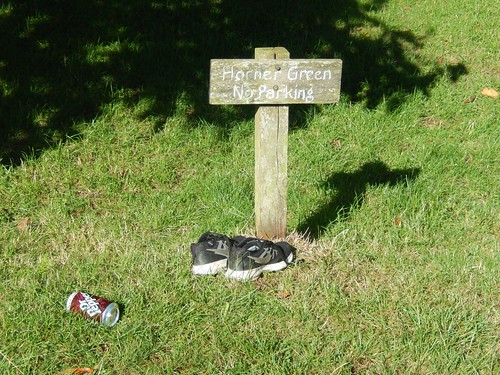 Beginning my walk; I didn’t have to walk far along the road before I would encounter my first pair of mysteriously abandoned shoes. A child’s size, no doubt; this complete pair was relatively clean. By the time I would come to finish this walk, I’d fine the same shoes had been ‘shuffled’ slightly [perhaps someone tried them on?] and the discarded drink can aligned alongside them.

Isn’t it interesting… A can is obviously litter but a person’s shoes… Does that also qualify as litter? 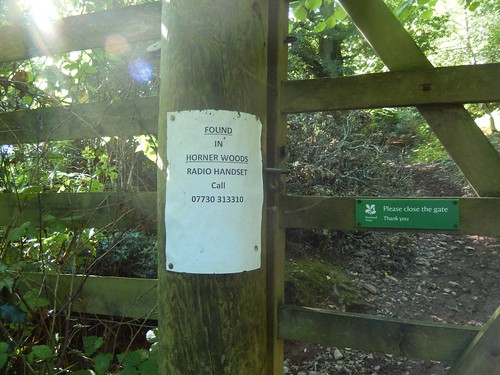 On Exmoor, people can misplace all sorts. 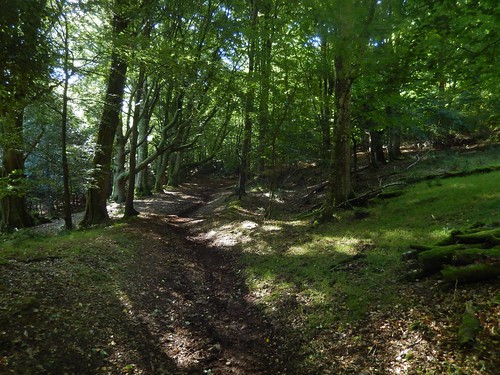 Joining the Coleridge Way across the road from Horner Farm, I began to climb up through the woods of Horner Hill. 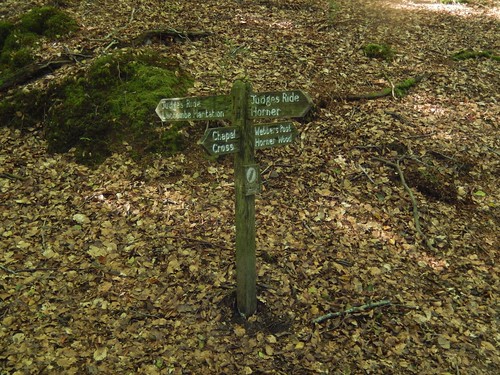 This is not to be mistaken with a route up through Horner Wood. Too often, it’s easy to lose your way or follow the wrong path beneath an expansive canopy of trees. In this part of Exmoor though, the signage was brilliant. 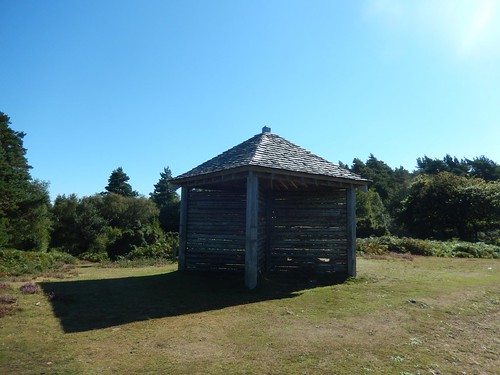 Continuing up Horner Hill and in the direction of Webber’s Post, I passed a runner doing the easy bit (downhill), hesitated for a while on my way forwards and then discovered this structure. 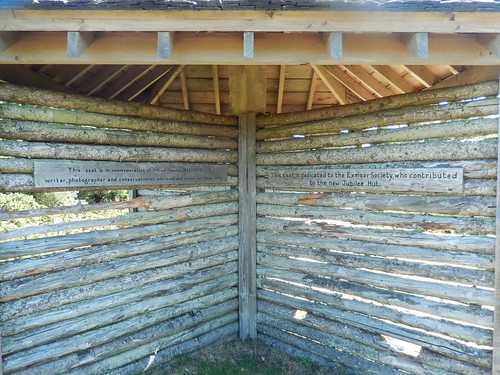 I believe this is the 2002 Jubilee Hut. Clues can be found, carved in to the plaques that decorate the interior. Each one talks of a seat in its dedication but I saw no place to sit above ground level…

It must be a different form of ‘seat’! 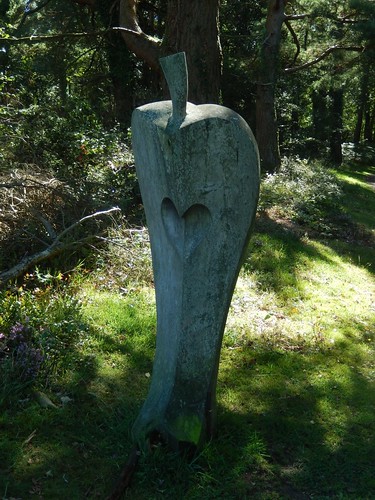 Nearing Webber’s Post, the path divides in two. Follow the gravel track and you’ll pass a brief sculpture trail, including the one above. 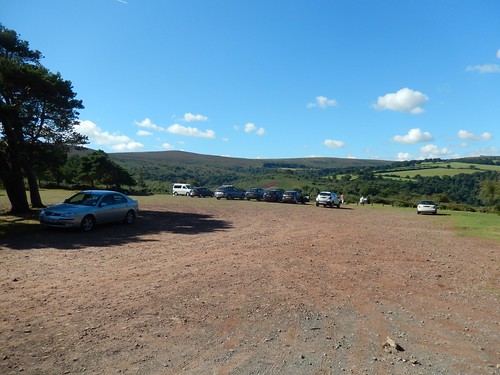 It was then that I arrived at Webber’s Post. At first glance; a rural countryside car park (I think they ask for £1 to cover a day’s parking). There was no literal post, as far as I could see – unlike the boundary posts of Halsway and Bicknoller on the Quantocks. 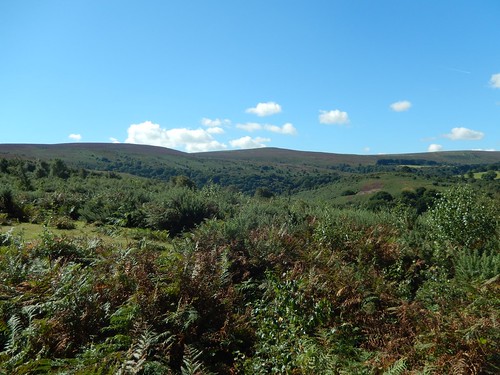 Beyond the cars, I found a secluded bench on the hillside, facing south and west toward the high-rises ahead of me – one of which (if not in my photo) would be Dunkery Beacon. Maybe one-hour in to the walk, I stopped for a good ten-minutes and some snacks. 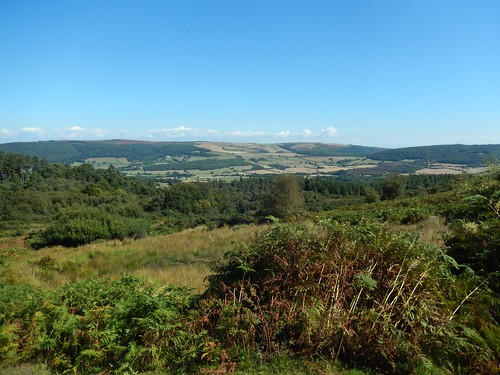 From here, the ‘easy’ option to reach Dunkery Beacon would’ve been to follow the road as it climbs steeply uphill… But, I try to avoid walking on tarmac and concrete where possible. Plus, with such narrow roads cutting across the various hilltops, it would’ve been both awkward and frustrating to have to give way to the steady stream of passing cars (it was a sunny day, of course). 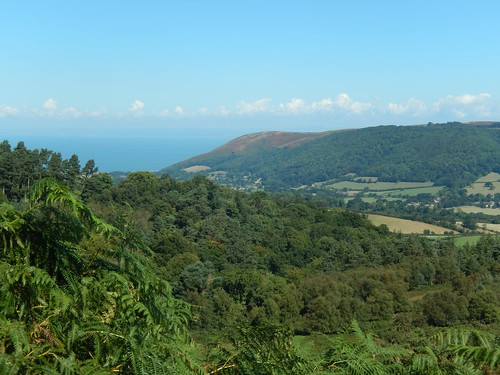 To the north, I could see memories of my walks along the South West Coast Path and through Somerset. From Minehead, up on to North Hill, passing Selworthy before a steep drop west from Bossington Hill… I hope it’s not too long before I continue the walk from Porlock Weir. 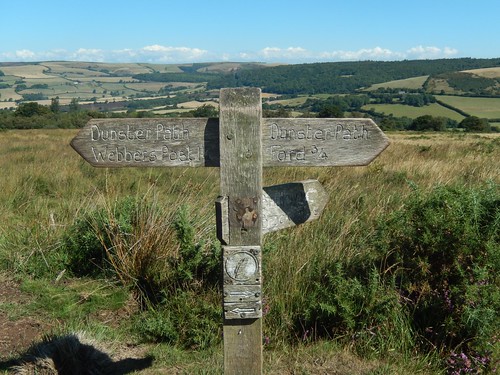 Back on this Exmoor walk – in avoidance of the roads, I decided to turn east along the Dunster Path; to walk no further than Brockwell. 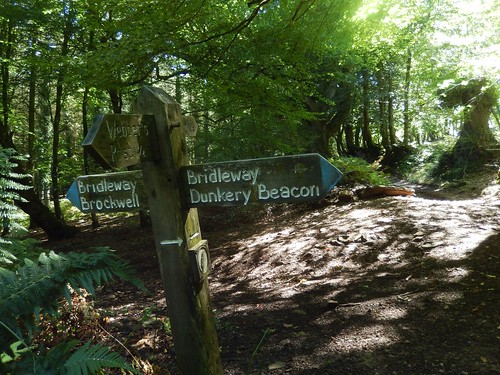 It was a rugged and rocky path. Clear of obstruction but a fairly strenuous effort. As I reached a patch of woodland, offering shade from the hard sun, I met another crossroads with excellent signage; the kind of which looks like it has been in place for decades. 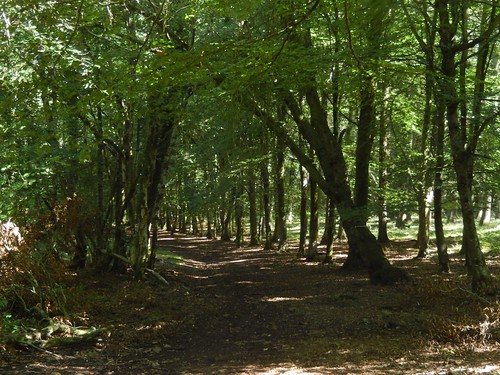 My time beneath the trees was to be short-lived. Although, I had time to admire the avenue of trees that had grown over decades, here, if not hundreds of years. 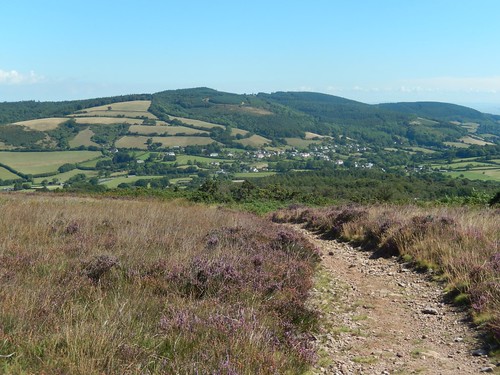 My time beneath the trees was to be short-lived, as I found myself climbing steeply uphill – inevitable, really, when you’re destined for the highest point in all of Somerset. Incidentally, this was also following the MacMillan Way West – a route I’m partially familiar with on the southern Quantocks. 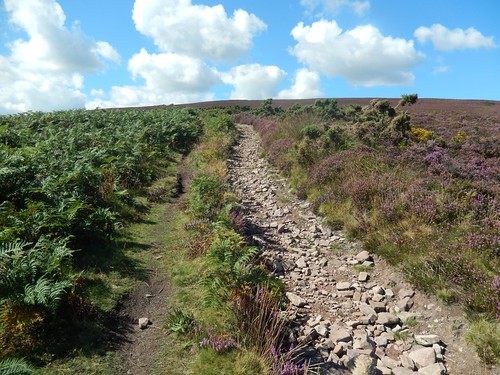 This route was as rocky as the Dunster Path and so, I took the narrow alternative at each possibility. 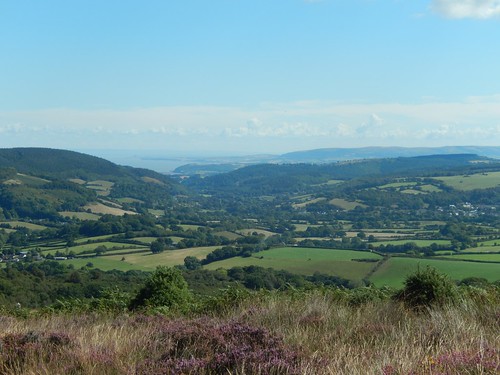 A couple of people walked down past me – I knew I must be getting close – as I looked towards Minehead in the north-east and all that lay beyond. 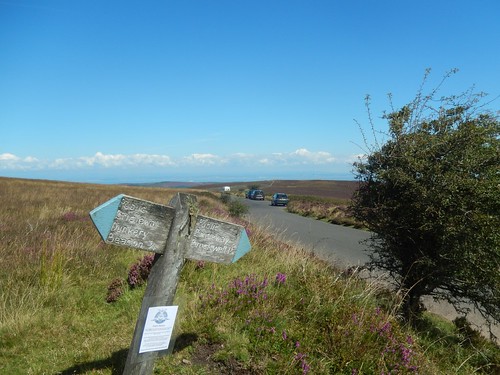 I crossed over a road near the brow of Dunkery Hill. There must’ve been a pay and display car park near by as others had left their vehicles along the road’s edge. 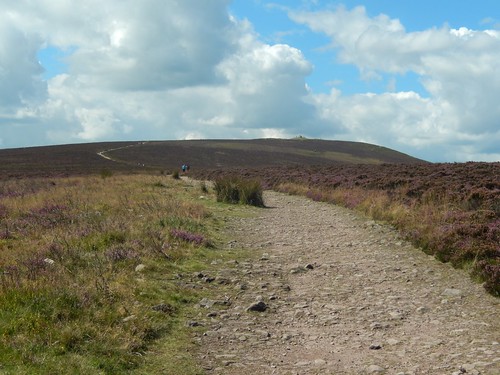 There was an increase in people ahead of me. I could see the iconic cairn or pile of rocks, which I remember was installed by the National Trust (presumably, not to mark the burial spot of one of their own). 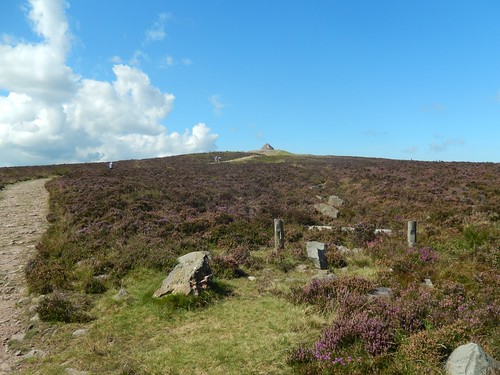 I overtook two small groups of people on the way up to Dunkery Beacon. 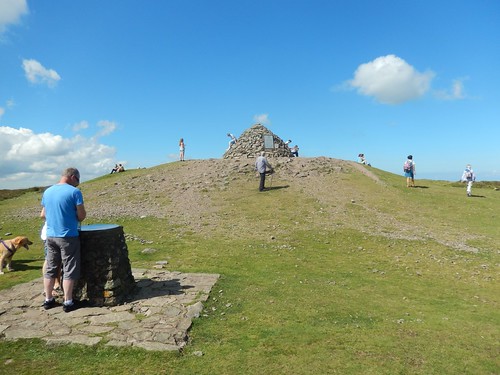 Being a sunny day, there were people all over the highest point. Last time I was here (June 2015), it was on a blustery evening where I didn’t remain for very long. That trip also included a very short walk to Dunkery Bridge and my car. With a blue sky and no discernible breeze, I found an unoccupied space to sit down and stop for lunch, looking north towards the Welsh water.

In my next post, I’ll show you my return route from Dunkery Beacon back down to Horner.