With the canal tow-path portion of the Circuit of Bath walk ending at the visitor centre, I could continued my walking towards Limpley Stoke. 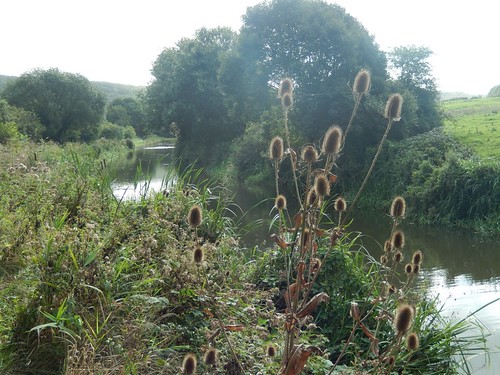 Still, with thoughts of an imminent lunch-stop in mind… If only, I could find the perfect place. 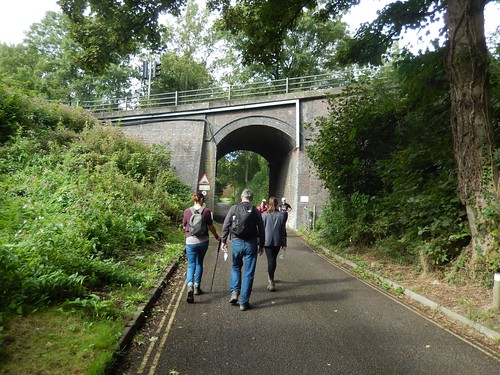 Soon, we pass beneath the viaduct that carries traffic to and from Brassknocker Hill – very recently and, on another walk; I was told how it was here the tour bus of an American rock band crashed through the railings, here, a few years ago. If you look very closely in person (you won’t see it in this photo), you’ll be able to spot where the repairs have been made and new bricks installed. 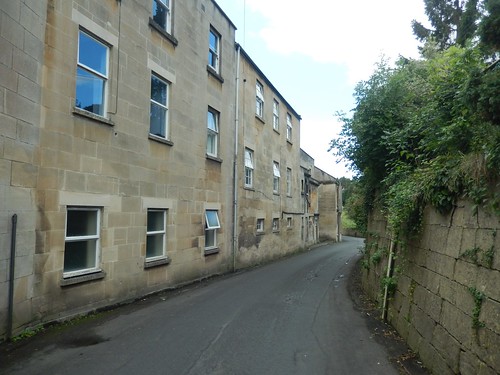 This walk continues along a road past Monkton Combe school, before turning south towards Midford. 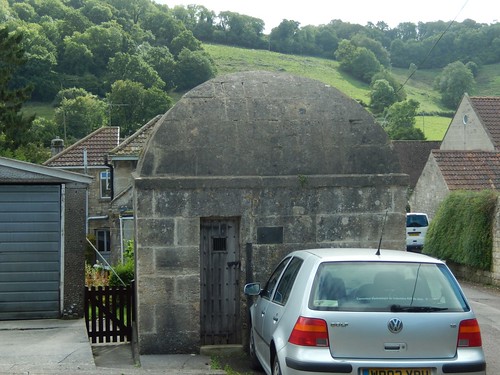 Butt for the Volkswagen, I had a clear shot of this old Lockup. With this one, I also know of another similar structure in Pensford, further to the west. There probably are others around North East Somerset. 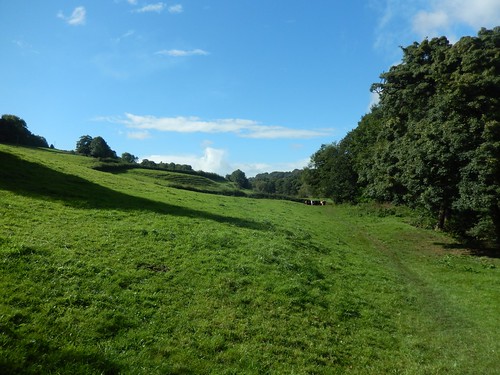 Over a footbridge and it’s a pleasure to be back among countryside again, on the south side of Midford Brook, walking westward, now. 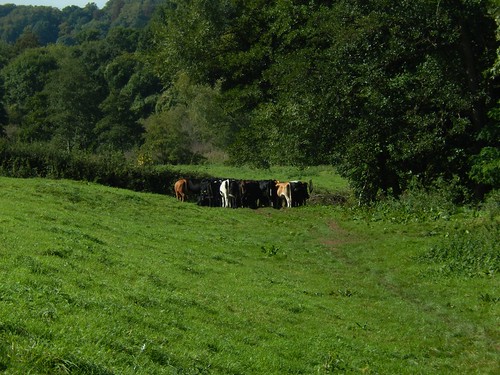 Not for the first time during this event; I’ve found a herd of cattle obscuring the exit. They posed no threat and caused no harm. Far too concerned staring at the hedge, waiting for something to happen. Or, so it seemed. 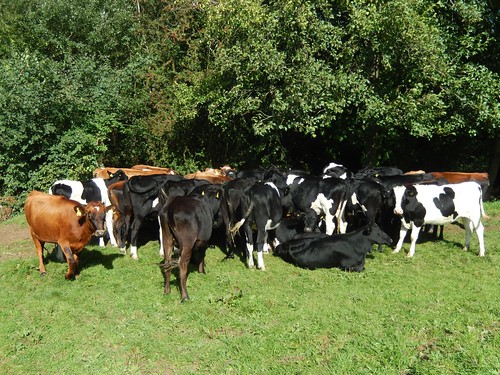 Beyond these initial fields, the path alongside the brook becomes increasingly muddy. A local area Ramblers group installed these sleepers a few years ago, which are a great addition for a portion of the way: 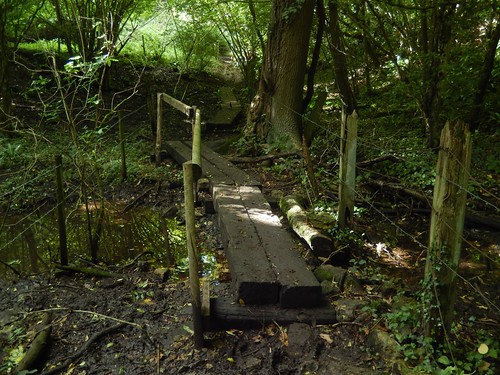 But walking through slippery mud here, at the end of September, is inevitable.

Back at the registration point in Newbridge; the father of another participant (she must’ve been about fifteen) asked if I knew of the muddiest route, which he had hoped his daughter could avoid, with the intention of picking her up ten-miles later in Bathampton. Mud aside, I noticed she was equipped with only a tiny backpack and wearing trainers… I hope she enjoyed her walk, found her way and that her father wasn’t too annoyed with any mud she may have collected along the way. 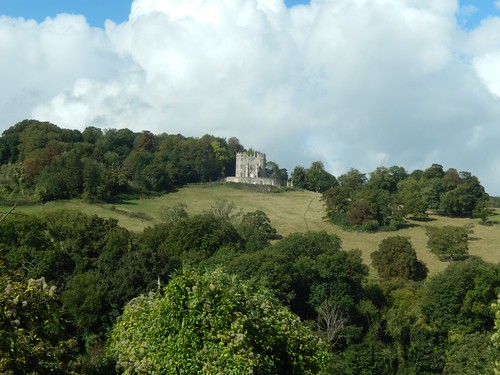 Anyway, this route runs close to a former railway line, which you must soon cross over (along an indistinct path, which I nearly missed) before climbing up to another road. Up to your right, you can see Midford Castle. 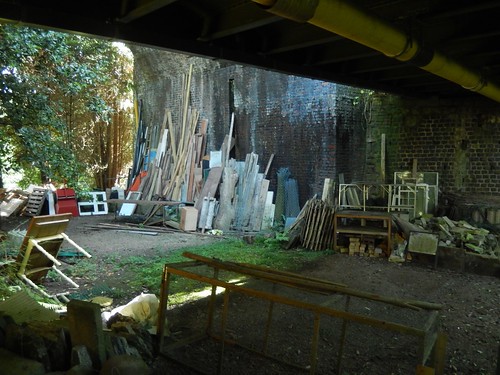 Beneath another road near Cam Brook, there is always – every year, without fail – a horde of wood and timber in this area. I’ve yet to witness anyone working with or organising it. Yet it only seems to grow bigger, each time I pass. 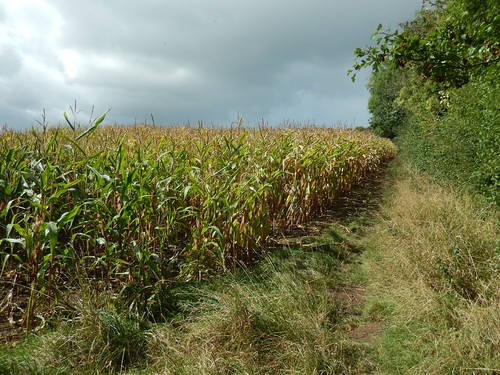 Then, it was time for a short climb. With dark clouds beginning to gather, I found a few small groups and couples had stopped to seek shelter beneath trees at the top of this hill. Had it been less occupied, I might’ve also stopped for lunch, here, myself. Most, as far as I could tell, had paused so that the rain could passover… 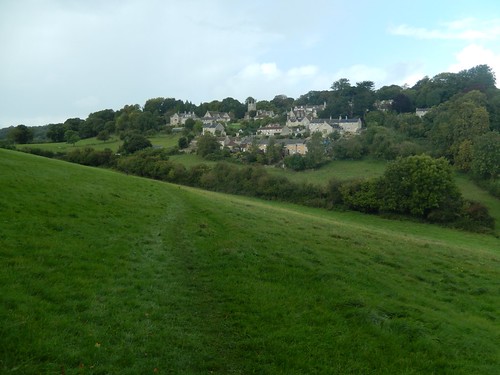 On the other hand, I thought nothing of a lack of colour in the sky and a few drops falling from above. It was onwards, up and in to South Stoke. 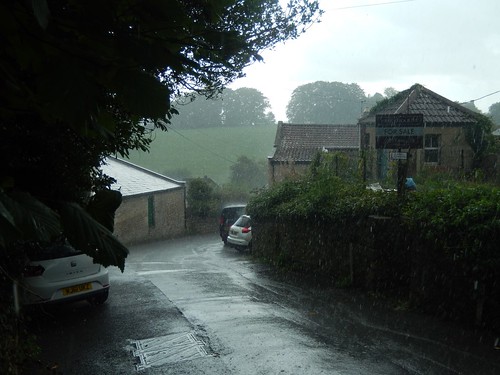 Suddenly, I found myself caught in a downpour. A kind of torrential rain that I had not seen for many weeks. 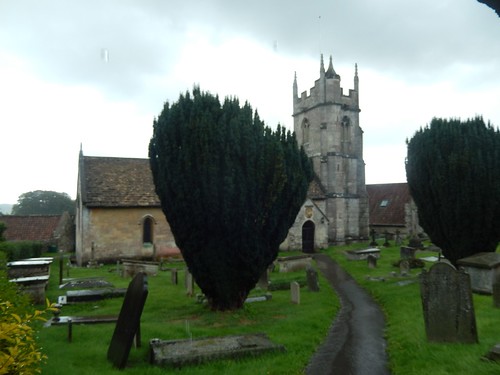 From the top of the road, I sought reasonable shelter beneath the church lychgate. Alone. Without anywhere to sit down, I would have to travel forward further before stopping for lunch. 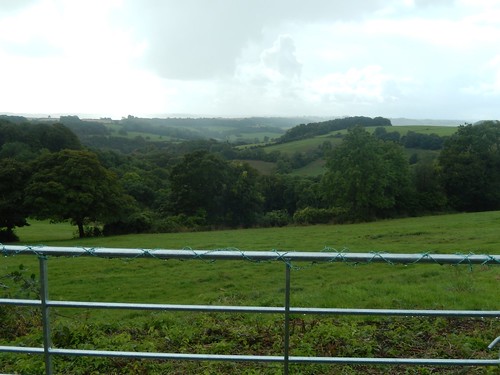 I felt as though it had been a particularly journey from the canal visitor centre to the next checkpoint. But I did soon arrive at Odd Down Park and Ride, to the south of the city. This was after having perched my bag on a bench for five-minutes while I stood and scoffed a sandwich beneath dripping trees.

Then, from the Park and Ride, I made a very silly mistake of going against the instructions of the route guide, turning back the way I’d come and following the wrong Combe Hay Lane.

I knew that I was going the wrong way – a clear sign was the fact I had not passed any other walkers. But, at the same time, I was too ‘stubborn’ to turn back on myself and admit defeat… I ended up at a crossroads in Combe Hay. From which, I would follow another road steeply uphill (dodging speeding tractors along the way) to cross over the A367 and rejoin a familiar route. 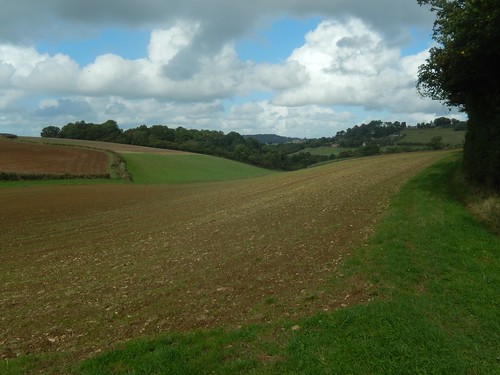 I lost a good half-an-hour, if not forty-five minutes and would learn realise that this unintended diversion would add an extra three-miles to my day. 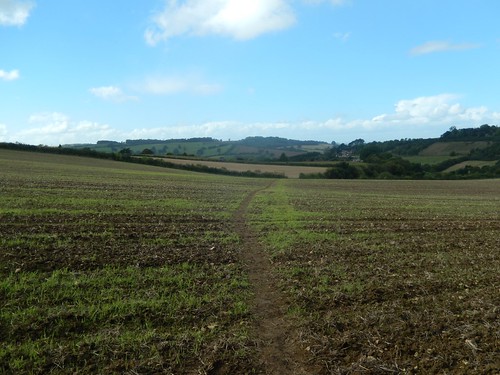 Soon, I was trailing other people. Backpacks and clothing that I had not already met on this day. I knew that my two friends – who were only five-minutes behind me, earlier on the walk – were heading for the finish line, some distance ahead of me. 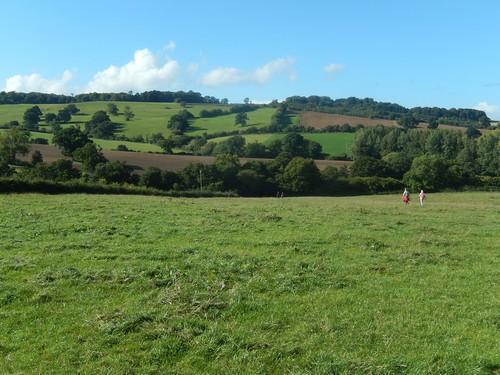 Here, the walk descends to the quiet country lanes of Englishcombe. There was perhaps an hour’s walking left, at most… Feeling frustrated, I upped my pace. 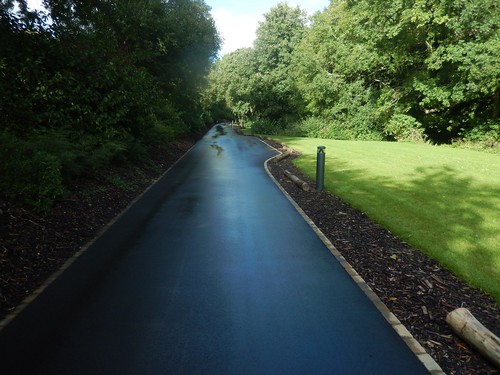 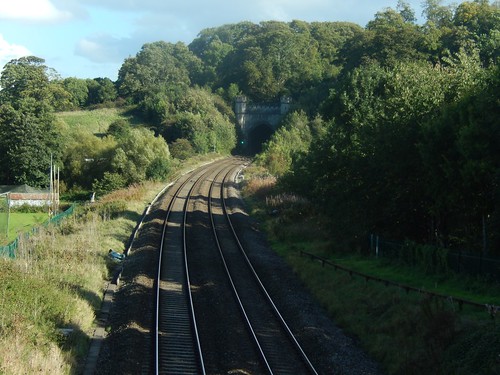 That felt unfamiliar, to me. But the crossing of the railway track near Brunel’s tunnel was an encouraging sight. 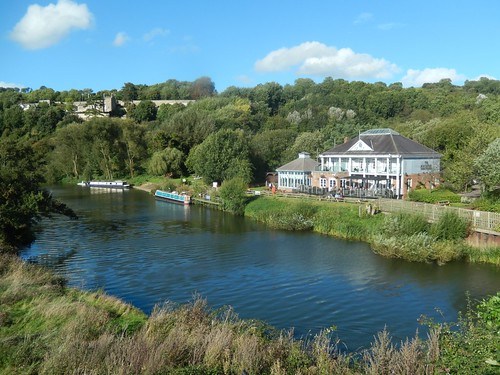 As I reached the River Avon, I could almost see the finish point, through the trees…

At the end of my walk, I collected my medal – strangely, labelled with next year’s date… An error. But they did offer to replace them for anyone who was greatly concerned (as I plan on doing a different event next year, I welcomed this mistake). I also bought myself a consolatory Mars bar (50p? Even in my day, I’m sure they used to cost no more than 35p…).

Lifting the boot of my car, I noticed that my friends’ car was still there. Unoccupied.

Were they locked in the toilets? Had they fallen victim to the Cowpocalypse?!… No. They arrived thirty-minutes after I’d finished, having stopped and queued for food back at the canal visitor centre. Unbelieveable! Suddenly, I didn’t feel so bad about my own lack of direction – I’d rather ‘waste’ time walking that to spend it standing in line.

It’s a great event that deserves more support. Aside from my own misdirection this year (being my third year and all), the provided route guides are very clear and easy to follow. If you have a route card holder, you’ll find they fit neatly inside once folded up (I have one, somewhere… But I spotted one person doing exactly this).

Total distance of my walk: 23 miles…

Total distance of the Circuit of Bath walk: 20 miles