This walk dates back close to two-months ago and was led by another member of Brunel 20s and 30s Walking Group. 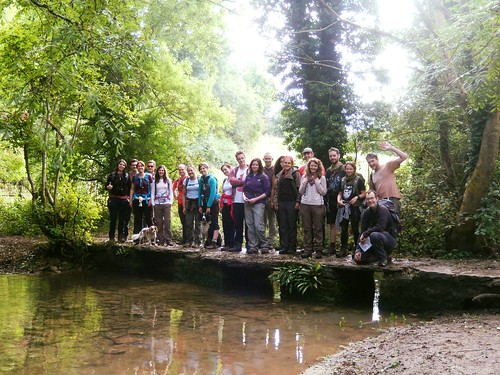 Castle Combe is a village in Wiltshire. Well known for its racing circuit and as a ‘quintessential’ part of the Cotswolds. 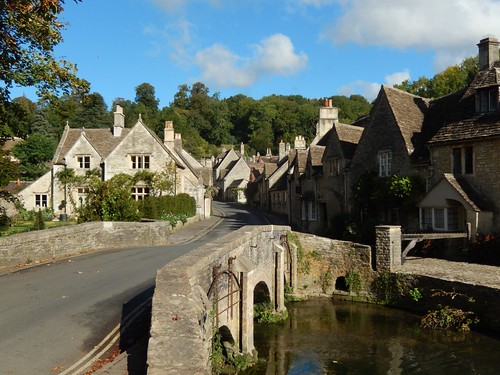 Our walk began from the main car park to the north of the village centre. It’s quite large and is free to use, meaning that parked cars can easily overflow on to the descending road, on a weekend where the sky is blue. 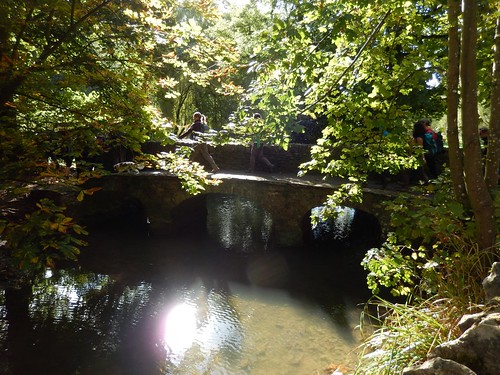 From the village hub, we turned south (after an en masse toilet break) to follow what I think might’ve been the MacMillan Way; crossing the water near Brook House. 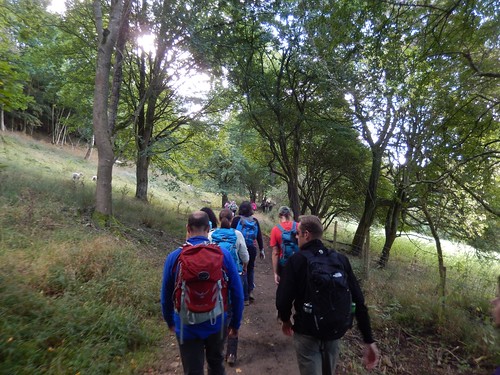 I elected to be the ‘back marker’ on this walk, as I’ve become known to on some of Matt’s walks, when no-one else volunteers. This means I have to be or keep an eye on the tail end of the group. I also use it as an excuse to take group photos with an element of surprise. 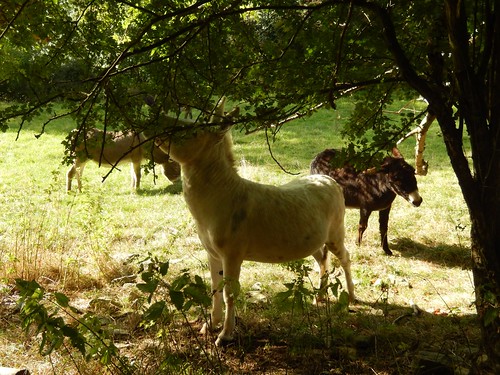 Of all the animals you’d expect to find in a field amongst the British countryside, a drove of donkeys would’ve been on a par with a train of camels! 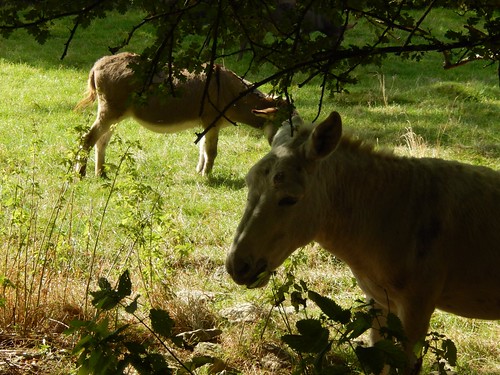 Continuing south towards Lower Colham, it looks like we passed an area known as ‘Bottom of Jeremies’. 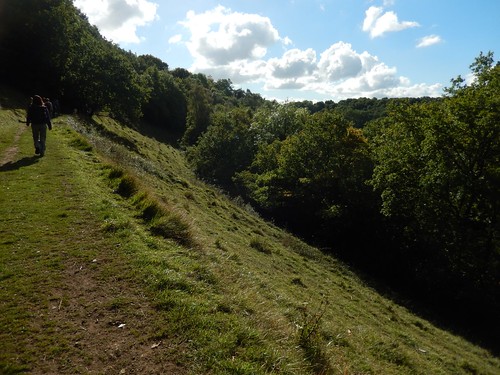 Along a contour of Rack Hill, our views began to open out; with a sense, perhaps, that we were leaving behind the bustle of a busy village. 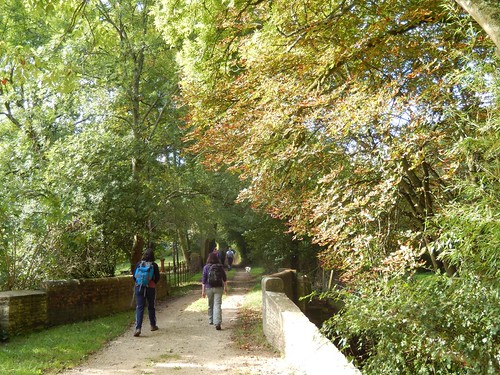 We then dropped down to the A420 at Ford. Briefly, before walking west a short distance and then, if I’m not mistaken; climbing Old Coach Road towards North Wraxall. Beginning to turn back on ourselves, northwards. 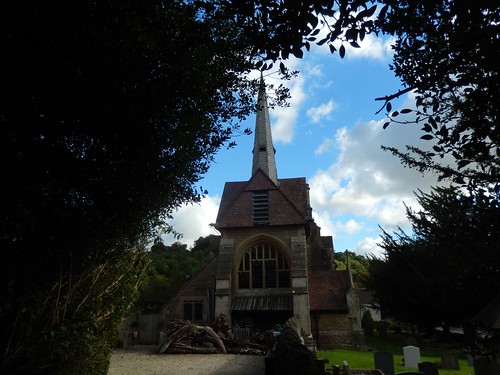 Their local church is quite interesting. 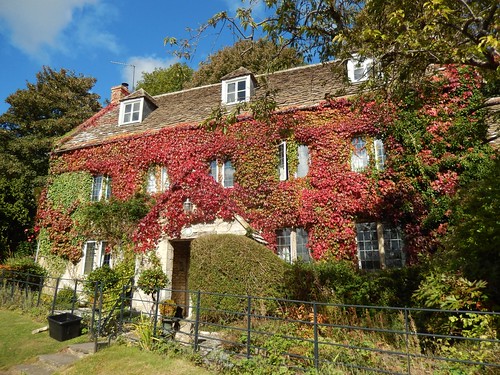 Early October and autumn was definitely in bloom. 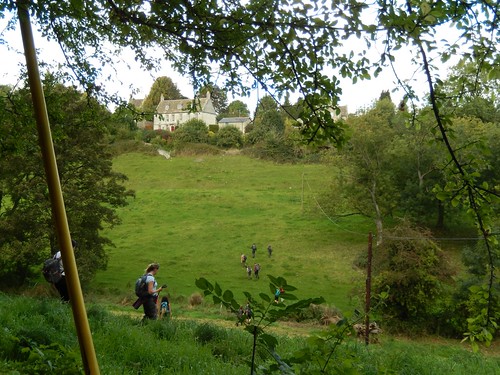 Beyond the church, I’m no longer able to calculate the route we were following… I remember climbing gently up a quiet road, before taking a right turn over a stile to descend steeply down one side of a valley, before climbing sharply up the other side… It might’ve been slightly wet at the foot of the valley as well. 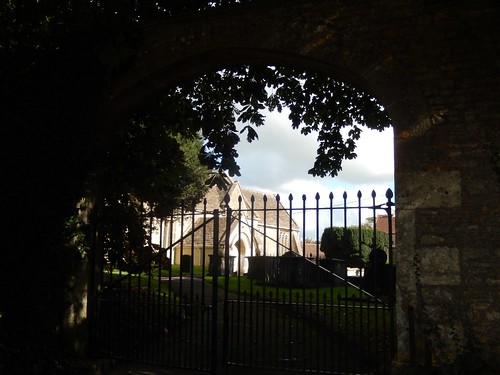 From the top of that climb, we did arrive near the centre of another small village and, passing a church along the way, I can only presume this was West Kington. 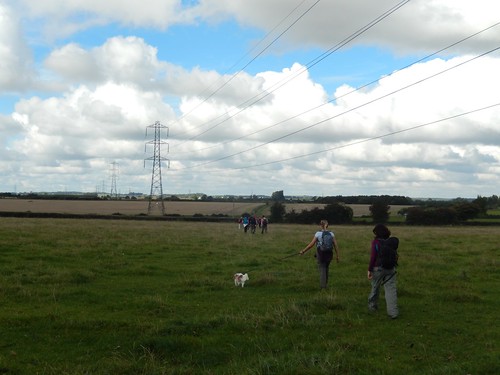 We found ourselves crossing open farmland. Relatively flat and more ‘Wiltshire’ than your typical Cotswold landsacape. 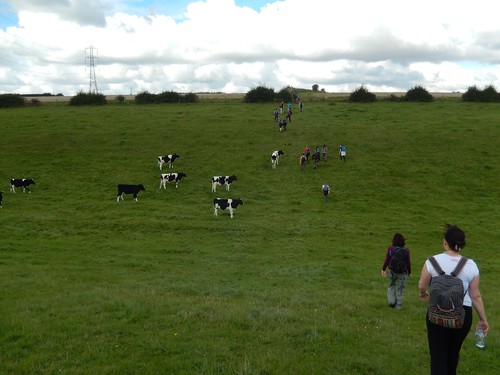 Beyond a field of cattle and a track beyond, we stopped in a quiet field that would’ve been cropped, earlier in the year. It was time for lunch. 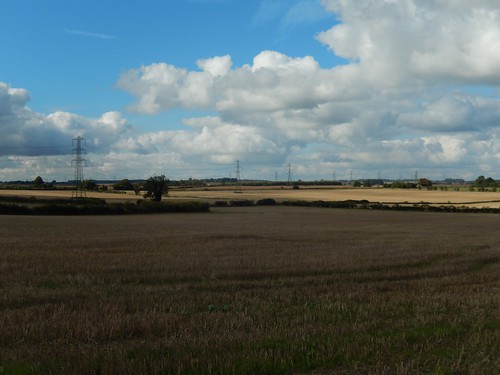 Although you can see blue sky and the world appears ‘still’ in my photos, there was a gentle but chilling wind, at times. 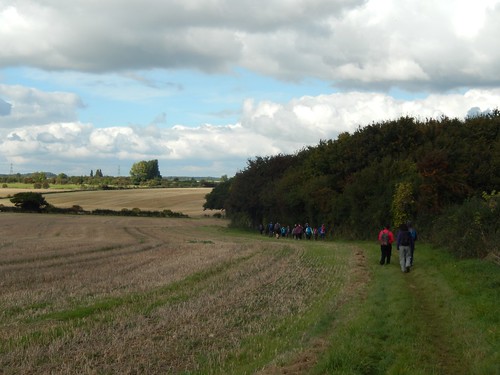 I’d only done one previous walk around Castle Combe and that was led by another Brunel walker, back in 2014. Again, I could not refer you to an accurate plotting of the route. But, it was different and that’s always a delight. 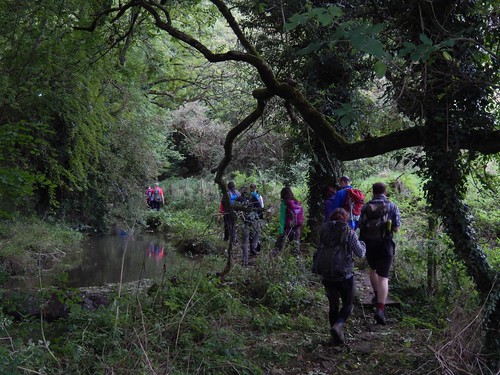 By now, we would’ve been walking east through or from Nettleton, on our return to Castle Combe. Even with a watercourse down to our left, I’m struggling to figure out where we would’ve been on the map. 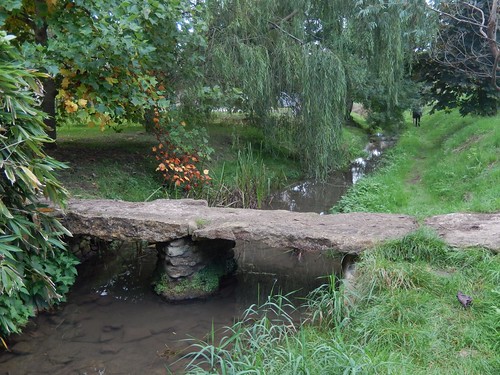 long this stretch (which wasn’t too muddy, at all), I had to pause in my photography and swap the battery over. Paying less attention to my feet, I found my left leg suddenly disappear down the riverbank! I returned to my feet, a little muddy… But more so, relieved that no-one had seen the Back Marker fall over! 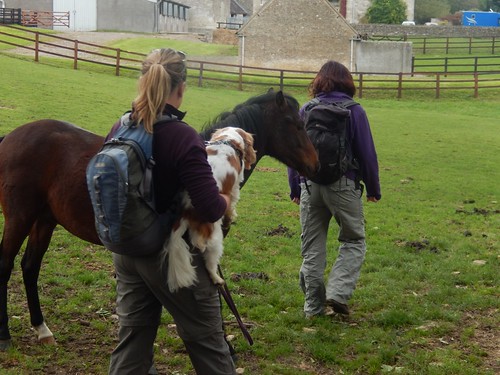 As we walked through one field with a friendly horse, Maggie (one of two dogs who joined us on this walk) experienced what I believe was her first equine encounter. 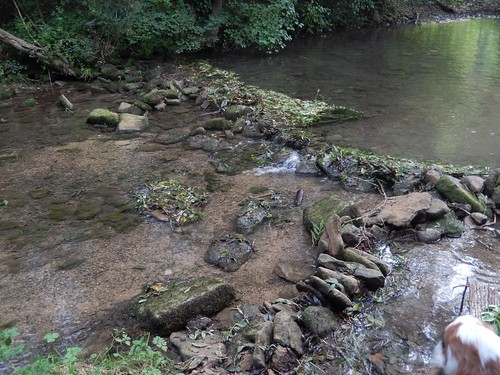 Very close to Castle Combe now and we came upon another watercourse. Wide but shallow… A brook? Maybe a stream? I never quite learn remember things. It was at this point that I was asked to take the group photo at the top of this page, where everyone else lined up along the clapper bridge. 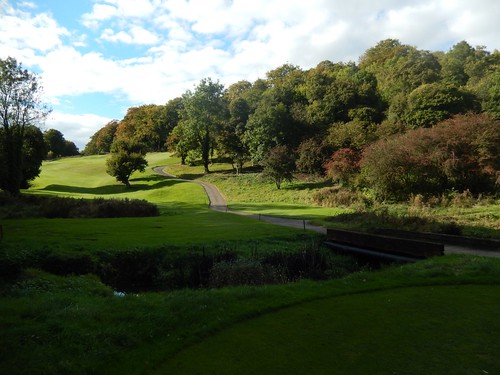 By now, I think we were back on the MacMillan Way and following the public right of way through the grounds of Manor House Golf Club. 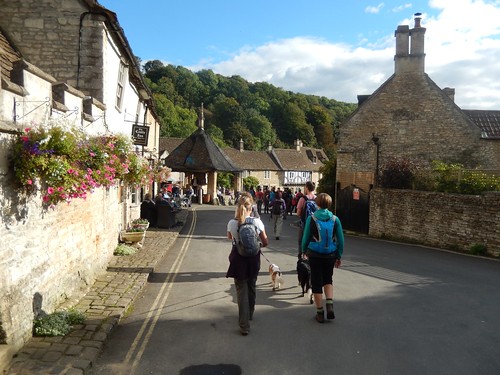 Before climbing back up the road to our cars, we stopped in at one of the pubs (there are two; one across the road from the other; divided by the village cross) for a well earned refreshment.

Total distance of this walk: 10 miles