My first walk in November was one led by Brunel 20s and 30s. 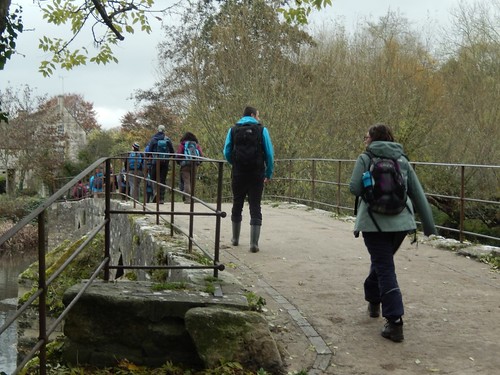 I’ve done plenty of walks around Bath and some further east around Wiltshire. But I’d never explored Bradford-on-Avon; lying somewhere in between. 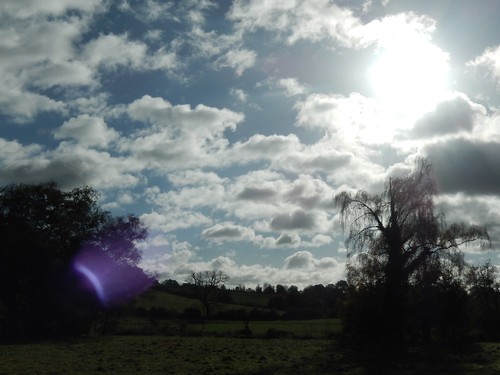 This is another one of those walks where I’m going to have to guess the route we followed as I was not the walk leader. Again, I adopted the role of ‘Back Marker’ and hung back to take photographs.

After departing from the meet point in Bristol, we were all headed for Bradford-on-Avon train station, where I’d read online that the parking would be free on a Sunday… However, the car park was already full to capacity by the time we arrived. Early-birds had stolen the final spaces while the rest of us headed off to find convenient residential parking. 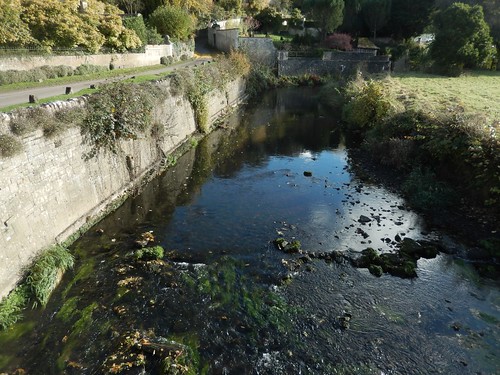 It soon became apparent that there was an organised running event taking place, not that it would cause us any further trouble.

From the train station, I believe we walked parallel to the Kennet and Avon Canal but higher up through the woods towards Avoncliff… Of course, I could be wrong but I’d asked Matt in advance whether this would be a canal walk and he reassuringly said it wouldn’t be. 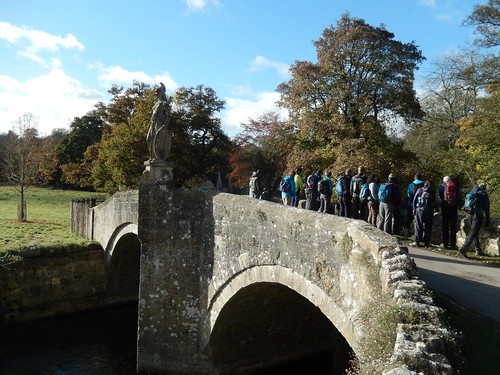 From Avoncliff, we made our way south past the entrance to Iford Manor, where we paused a few minutes. spread out along the iconic road bridge. 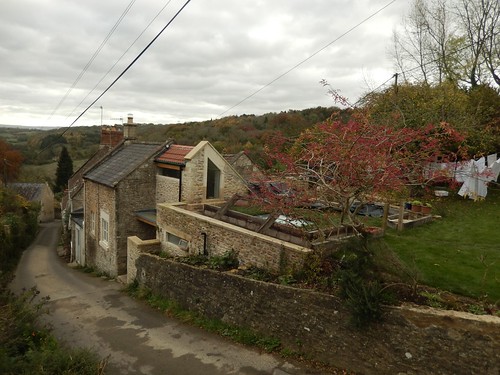 Our walk continued in the direction of Freshford. It’s interesting to look at these places on a map, now, as I realise that some of my individual walks have led me to within half-a-mile of the same locations. 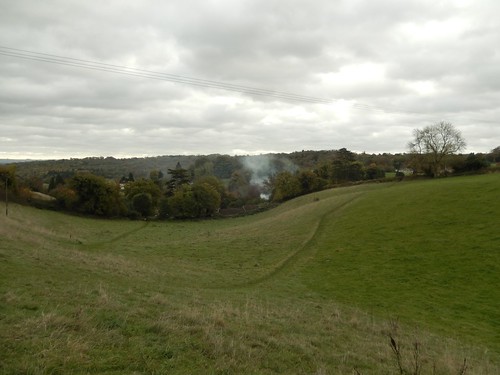 I remember now that we passed the village hall in Freshford (I think they had food and drink on offer), with a playground beyond that was fenced off so that nearby construction and groundwork could be completed. Unfortunate, I imagine, for the local children. It was in a field beyond this that we stopped for a slightly early lunch. 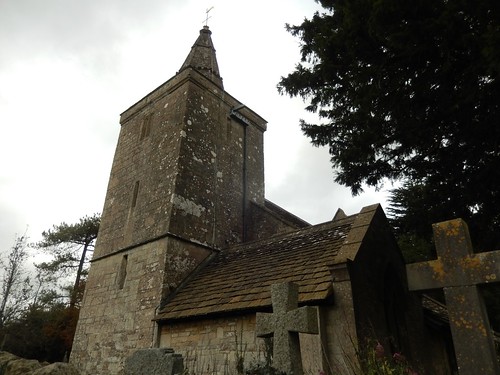 There was a cool, almost chilly breeze and, in order to avoid the worst of it as we sat down, we’d made our way down inside this shallow valley, off from the public right of way… At the top of the field and after lunch, we passed through a gate and the rather concise village church. 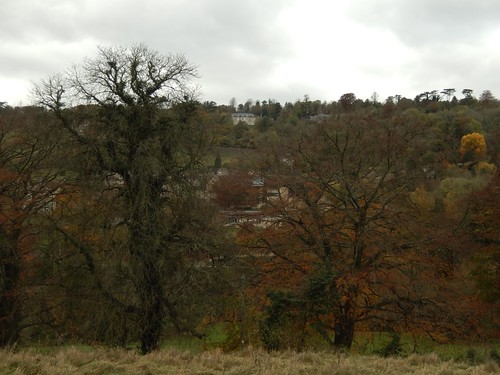 Soon, we were passing Midford, en route to Monkton Combe. 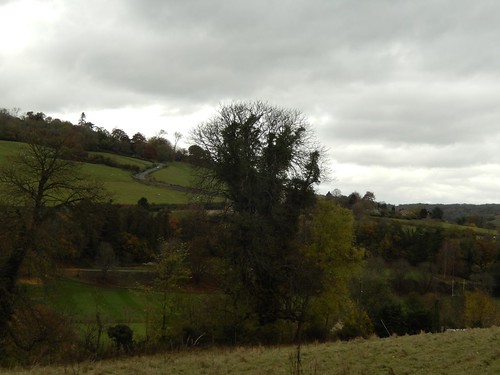 Brassknocker Hill was within our sights and I was reminded by someone of the events, here, a few years ago; where a tour bus carrying an American rock/metal band recklessly lost control at one of the sharp bends and plunged over the side of the hill. 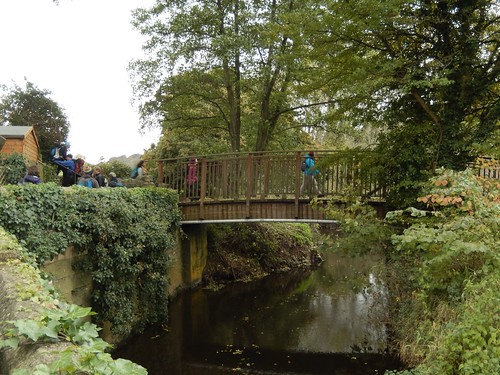 This incident caused some damage to the viaduct at Limpley Stoke (not pictured). But you’d have to look closely at the brickwork to spot the repairs. 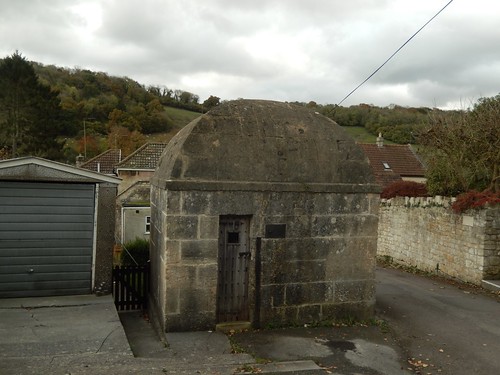 On the ascent in to Monkton Combe, we passed a former ‘lock up’ or round house – of which, I know of at least one other “near by” in Pensford. Close to this, Matt also explained how the former railway used to cross through here in an east-to-west direction; running parallel to Midford Brook. 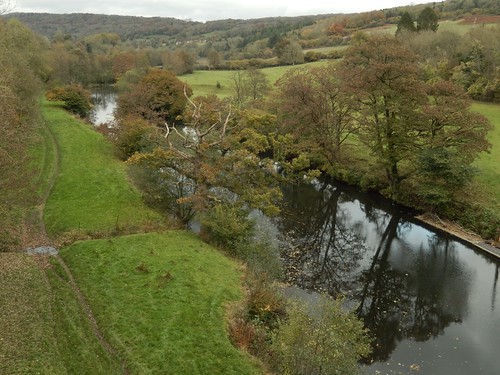 We did then briefly join the canal towpath close to Dundas Aquaduct, where we would loop around and cross a couple of footbridges in order to reach the other side of the watercourse, on our eastward return. 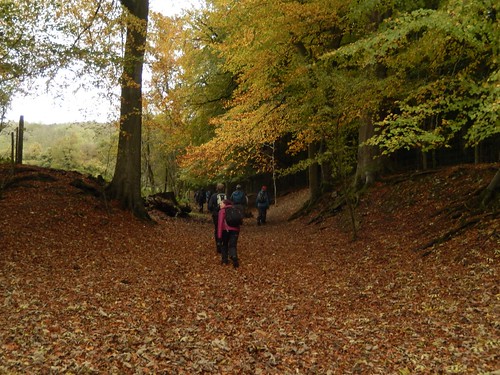 Immediately after that, we reached what would become the steepest climb of the day. It was also a fairly long one, up through Conkwell Wood. 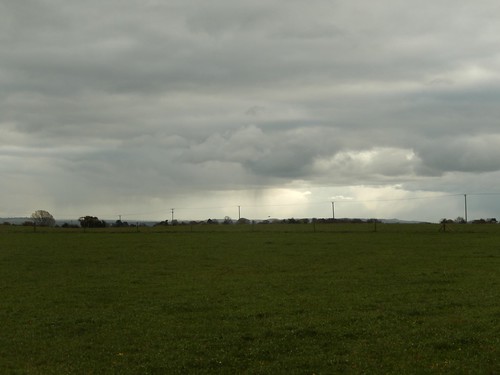 A succession of level field walking would soon follow, beyond a short distance following a quiet road. Looking east or south-east, there was a suggestion that rain clouds may be heading our way. 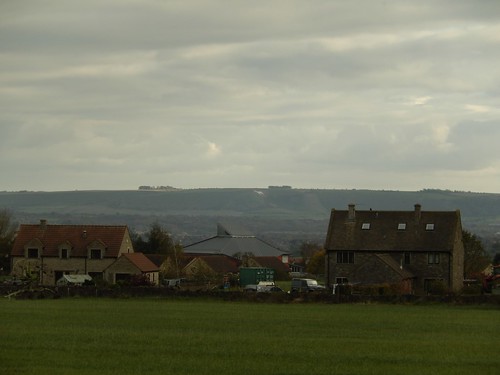 Beyond the nearby houses, The Ridgeway long-distance path (something I’m hoping to walk in 2017) stand proud of the landscape in a defining manner. 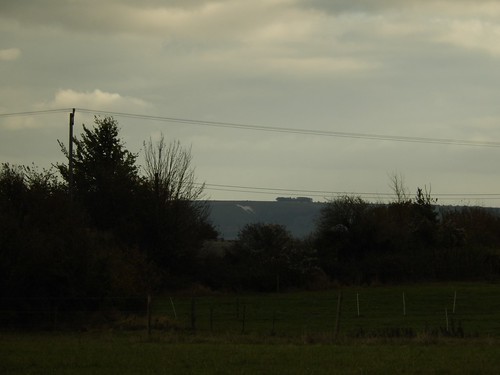 A half-decent zoom lens is all you really need. This might well have been the Westbury White Horse… Someone may be able to confirm or deny. 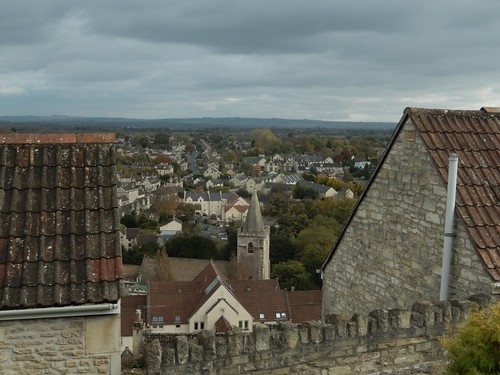 Soon, we found ourselves elevated over the town and nearing the end of our walk. 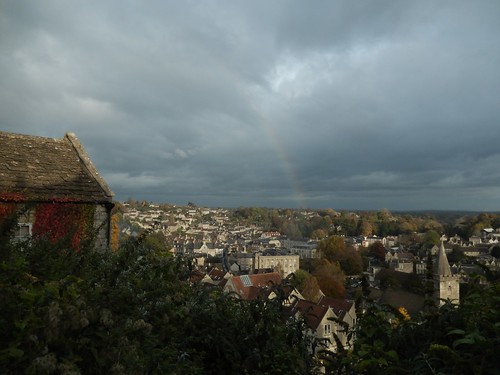 Of course, the Ridgeway was always visible beyond. But I was more impressed with being able to capture a rainbow, which doesn’t happen very often. 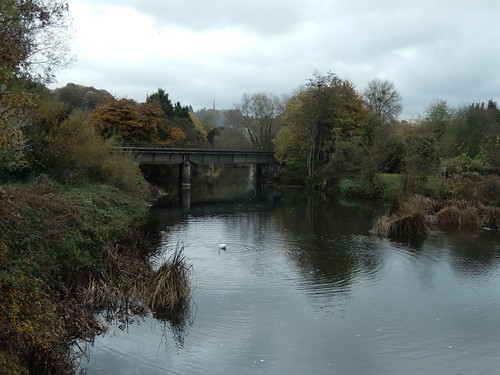 We made our way back towards the railway station via a crossing over the train tracks and then, a bridge over a body of water that, for me personally, at least, offers greater appeal over walking that canal again. 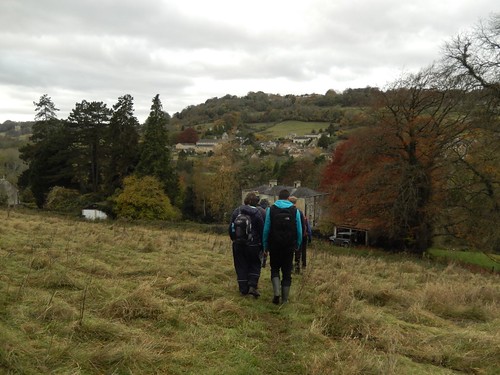 It was a good day out and perhaps not as cold as it could’ve been for a November day but, it was a sure sign that autumn would soon be passing in the wake of winter’s arrival.

Total distance of this walk: 12 miles.