Stourhead had been on my shortlist since 2012, when I first became aware of it from the stunning photos featured on another blogger’s post. Why it had taken me four-years to actually get there, I’m not too sure. It’s only a ninety-minute drive from home and I’ve been a full National Trust member now for eighteen-months. 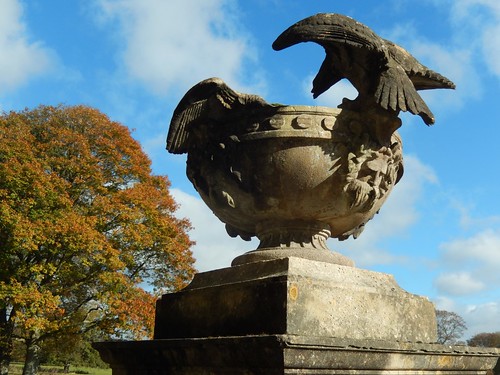 I waited until November, in the heart of autumn, when I also happened to have a Monday off work and didn’t fancy another energetic hike the day after a long walk in another part of Wiltshire. 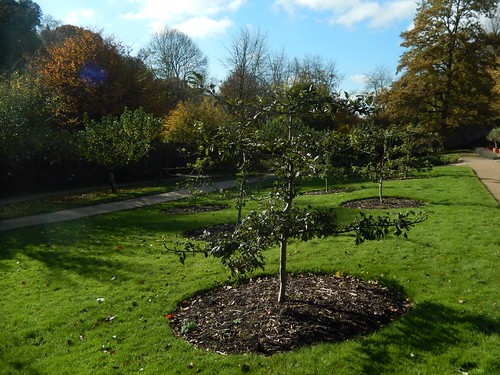 As expected, the car park was huge, with further capacity available to cover any overflow. I arrived within the first hour of the site opening and, of all available spaces, I would guesstimate that sixty-percent were already occupied! Parking attendants were waving their arms in direction. This was on a Monday morning, when I’d hoped to avoid the crowds… What must it have been like over the weekend?! 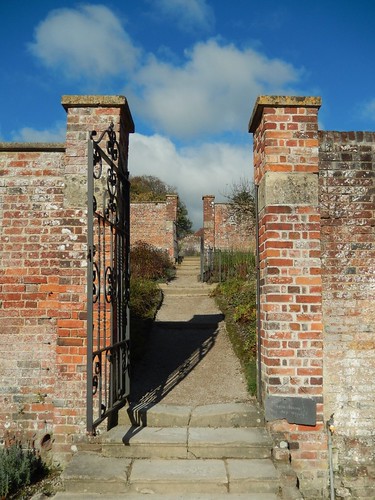 A short walk from the car park was a café/eating area with other facilities close by. Beyond this, I passed through the visitor centre, knowing that the ‘iconic’ landscape of Stourhead’s gardens was only a short walk away. 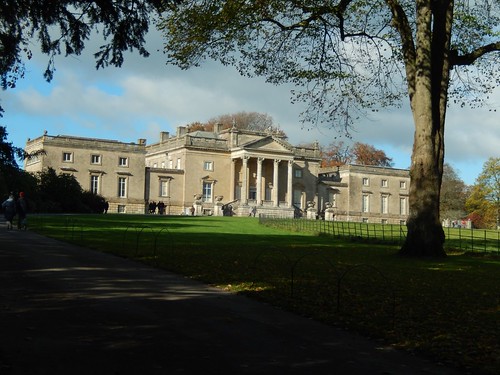 I only passed by the walled gardens and not through; saving something for a return visit. Beyond this, the clear signs and obvious driveway led on to the grand house. 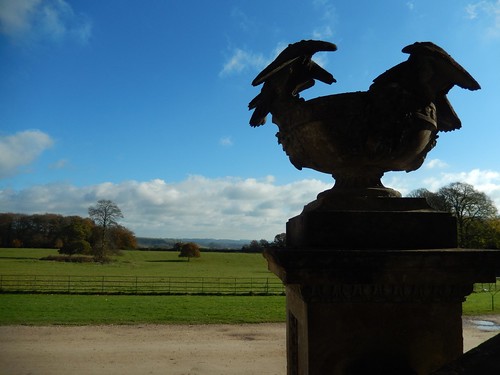 As on the Bradford-on-Avon walk a day earlier, I could turn back from the steps of the main entrance and spot The Ridgeway crossing Wiltshire. There was also a clear sign about the necessity to remove backpacks and rucksacks (rucksacks!) before entering the house. Photography, though, was very much allowed (without a flash). 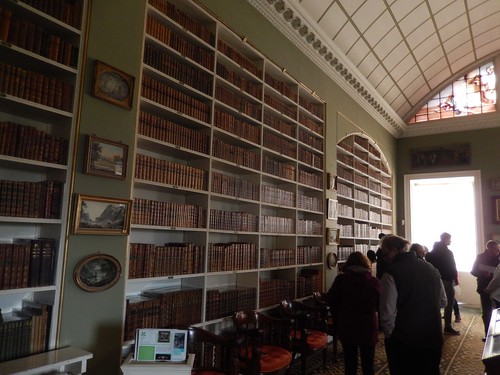 Inside, my tour started on the left and in to the library room at one end of the house. 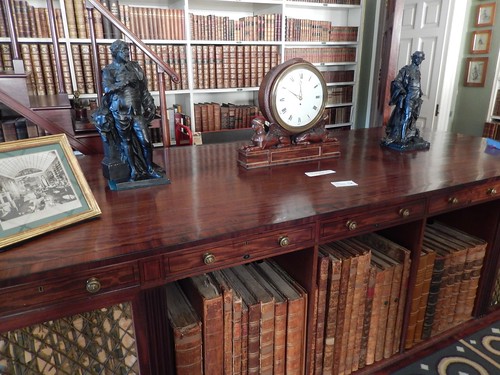 There was a lot of walnut and other dark timbers used. But not too much… I felt it was all used in balance and proportion, with the white shelving and lighter shades above. It wasn’t a dark room, unlike many others I have visited. 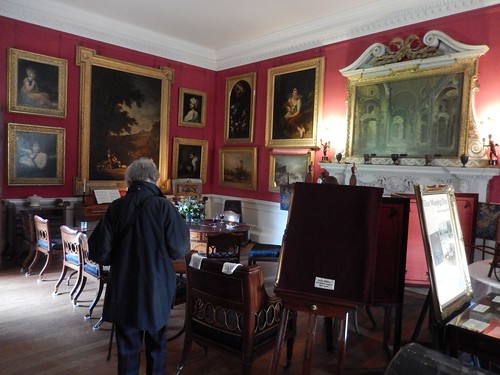 I may have mentioned this in my write of a previous National Trust visit; where I’m beginning to experience the “seen one, seem ’em all” approach to house interiors… 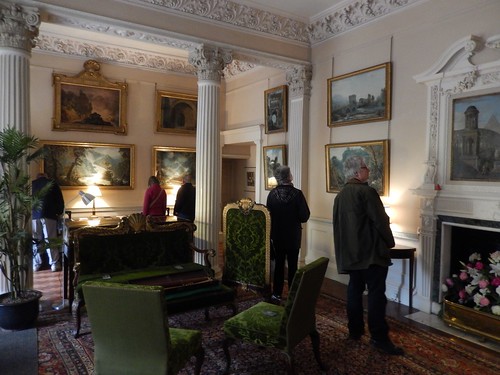 That’s one reason I’m not going to talk much about these ‘high rooms with paintings’.

I would like to understand why National Trust houses never feel cold. I live in a flat with high ceilings and now, double-glazed windows. Most gaps have been sealed to prevent draughts and yet, it’s cold in here even with the heating on. 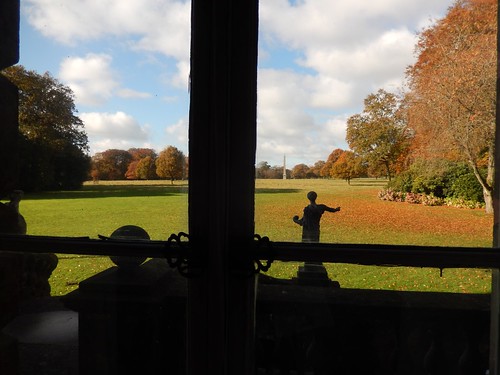 Outside, I look along the expanse of garden to the on-site obelisk. Another visitor made reference to the obelisks that can also be found at Kingston Lacy in Dorset. I think this one was also found in Egypt (more on that, in my next post). 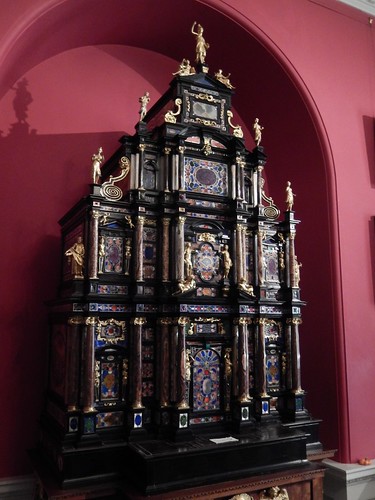 In one room, there was this hideously-eyecatching cabinet on legs, that apparently has in the region of one-hundred-and-fifty secret drawers… A small number of which, even the ‘expert’ (I forget the man’s actual profession) was unable to find. 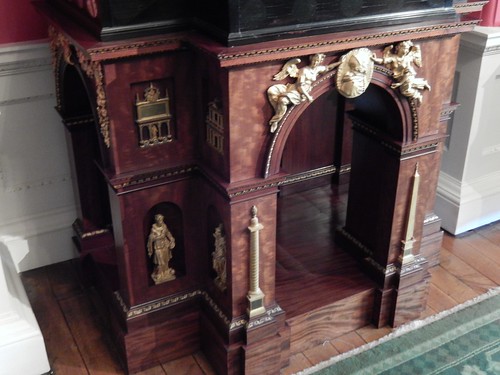 I was more appreciative of the base. A woman suggested that the majority of the piece had been made from “pinewood” [groan – not to be confused with pinefruit, no doubt…], with layers of exotic species inlaid [I wonder whether she meant veneered] over the top. I’ve been told that this house is full of Thomas Chippendale’s work (originals, as well) but I very much doubt this is one of them. 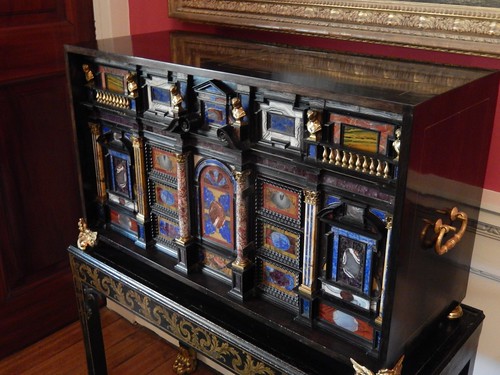 There was a smaller unit across the room with a lesser number of secret compartments. Although this is not something I would ever look to recreate or own, I felt more appreciative of it. Perhaps, for the fact that it doesn’t demand as much space or attention. 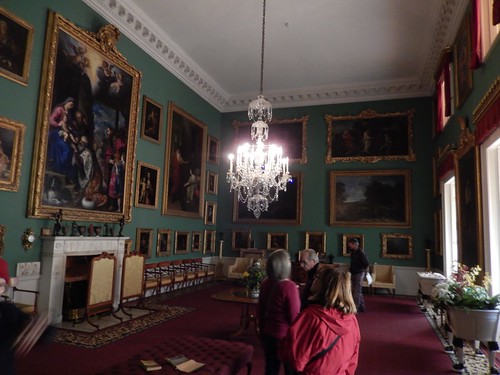 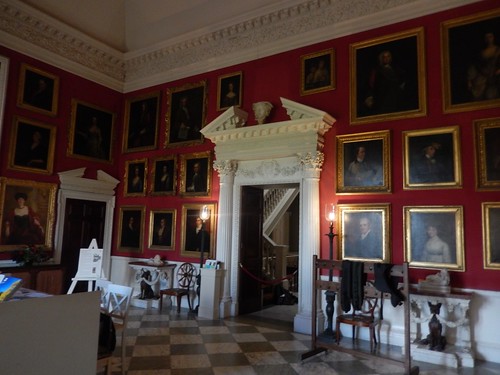 Unfortunately, you cannot explore any portion of the first floor above. I don’t know whether or not this is temporary but my unguided tour felt quite brief, compared to what I’m used to. I doubt whether many people flock to Stourhead to visit the house, though. 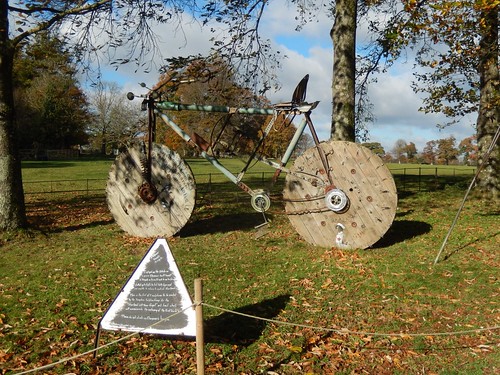 Exiting the same way I had entered; I turned left and passed briefly through gates that exit the heart of the estate. This was where I found a bike that would rival a Penny Farthing (it’s actually a sculpture, in memory of Ebenezer Stone). 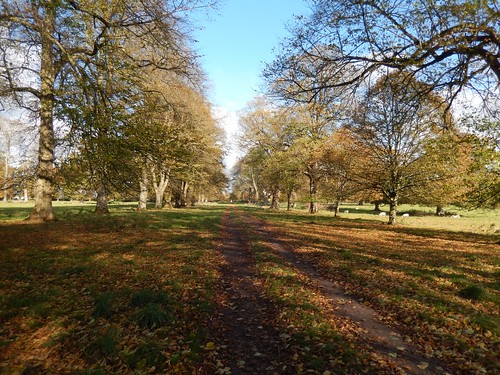 Beyond those gates, you could continue walking to leave the estate behind. Dog walkers appear to do this. 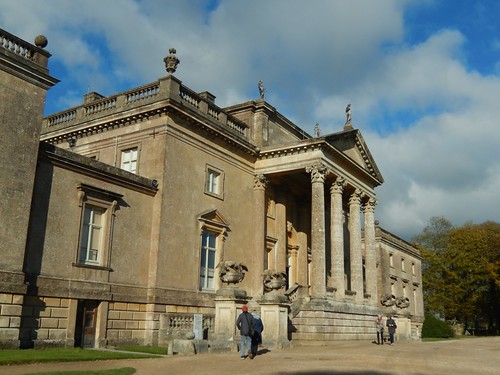 Now, it was time to head off and explore the gardens but I’ll save all of that for my next post.