It was one of those days where I’d decided to leave the car at home and set off on an adventure that literally began from my doorstep; boots already on. 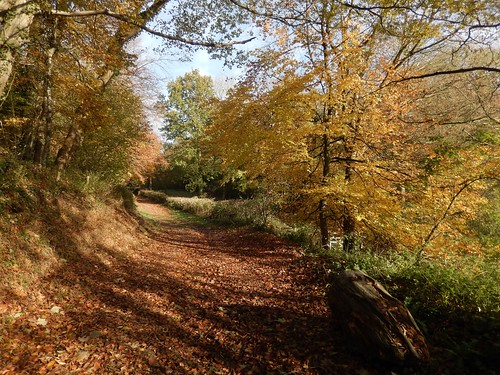 From the bottom of School Road in Wrington, I climbed up, continuing higher up Old Hill and entering woodland towards the summit. 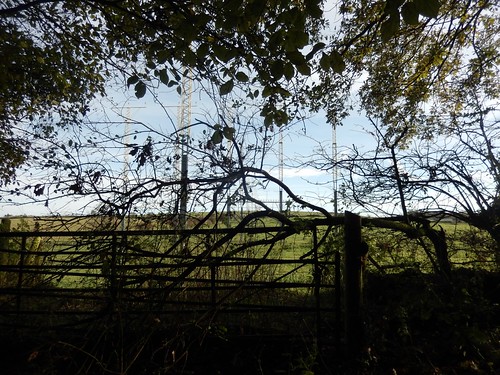 It’s a route I know well. To my left, I could hear distant shouting soon spotted structures belonging to the local paintball centre. Near the highest point, I crossed beneath the westbound flightpath from Bristol Airport. Being a Sunday morning, it was very quiet and no planes passed directly overhead. 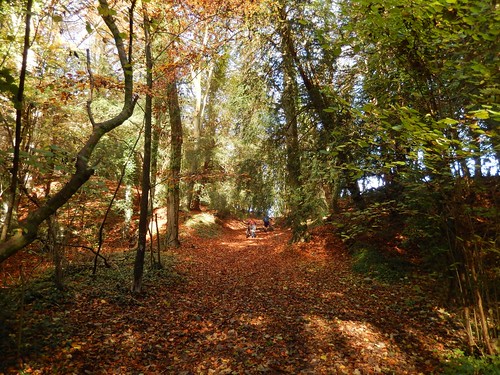 At the bottom, I turn right along Brockley Combe Road before shortly crossing over to climb up another path – despite being unsurfaced, this is part of the National Cycle Network! Two men ahead of me had dismount from their cycles. 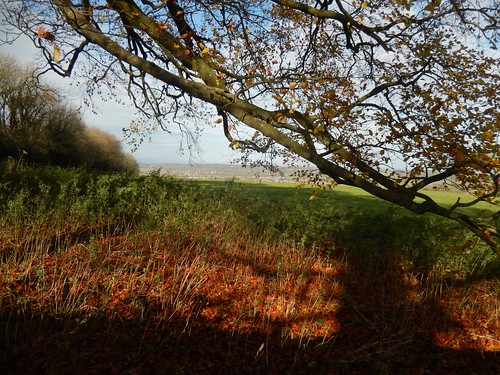 I soon caught up with the two cyclists and one of them asked me if I knew where I was going… I didn’t quite know how to take it but I’m sure I had a very similar experience the last time I walked here. 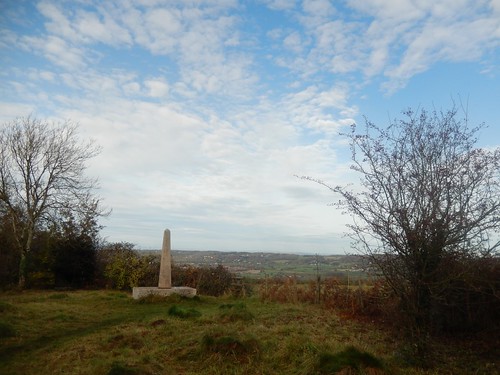 My walk continued towards the east; crossing Backwell Hill from Home Farm and on to the top of Cheston Combe. A brief diversion downhill and you can find your way, right, up through the trees to the site of Backwell’s jubilee stone. This is a prime spot on Backwell Hill, which is otherwise covered with roads and frequently excavated by quarries.

Beyond Backwell, you can see Nailsea, Wraxall… Possibly the house at Tyntesfield, with a pair of good binoculars. I haven’t yet tried. 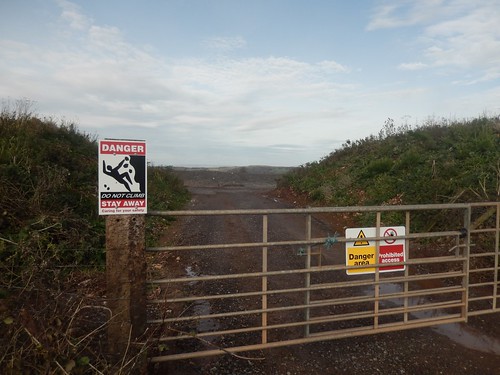 Crossing Backwell Hill Road, I continued along the southern edge of Flax Bourton Quarry. A leap over the gate and a few steps to take a photo; it’s all very tempting, with a lack of barbed wire… 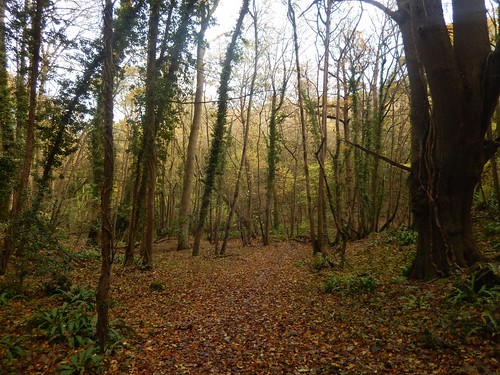 A little further along and I was looking to take my first steps in to Bourton Combe. I only really became aware of this place when another walk leader from the group led a walk here, earlier in the year (I wasn’t able to attend). 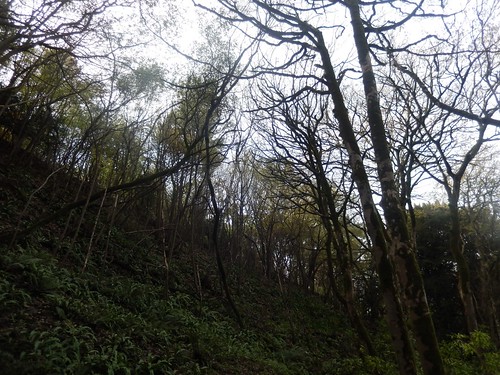 It was good to finally be able to explore it for myself. While the path I required went without waymarking, it was quite clear under foot and easy to follow. Beneath steep sides and soon bordering the eastern edge of the quarry. 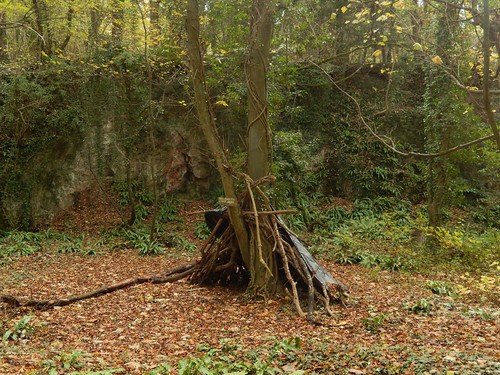 I noticed a number of ‘shelters’ had been created, as you often find in woodland areas. I’d also given way to a storm of mountain bikers, as I made my way towards the north-east corner. It was here that I found this lone shelter with a sign: 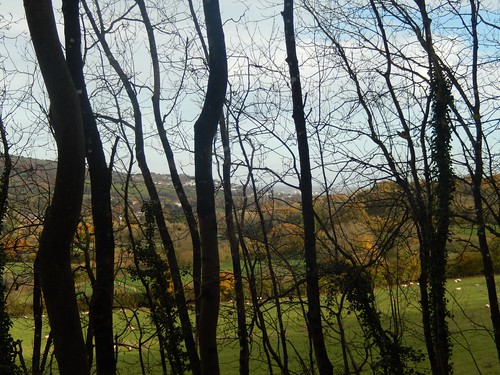 Now ascending in a southern direction, with a view to leaving the woods, I could look left and almost see Bristol, through the trees. 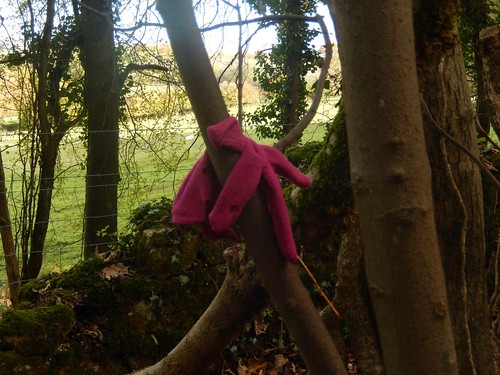 There was also something rather curious about the positioning of this glove… I mean, did it get stuck to the bark while an extremely lightweight body was halfway up?… 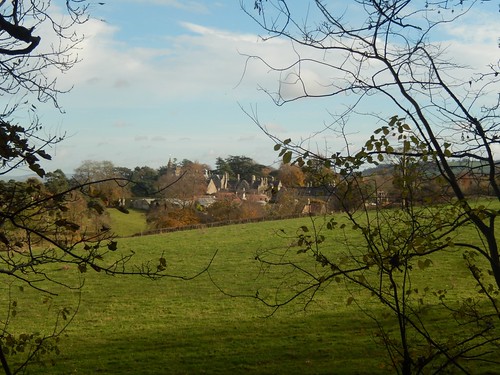 As the walk began to level out, I could now see Barrow Court on the same side, with improving views of Bristol beyond. There’s a walk within the Walk West series that I believe crosses through or beside the gardens, there.

Back on the eastbound path I’d followed to reach Bourton Combe, I continued in search of my second jubilee stone of the day and one I had not seen before. 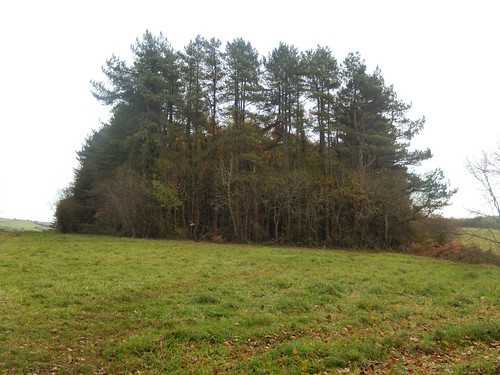 Ahead of me now, was a large cluster of trees and, from studying the OS map, I had expected the jubilee stone to be inside… But, there were private signs all over and at every potential entrance. 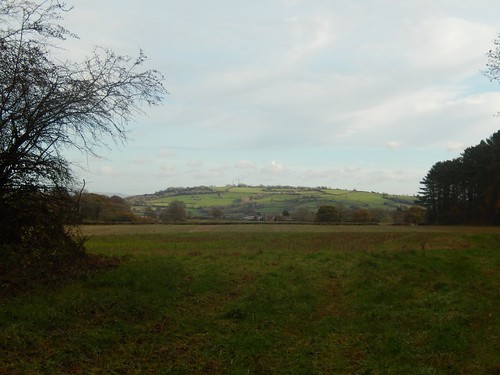 Rather than to trespass through the heart of the woods, I began a clockwise circumnavigation of its perimeter, which soon revealed no evidence of any stone on its west and northern sides. Only excellent views of Dundry Hill. 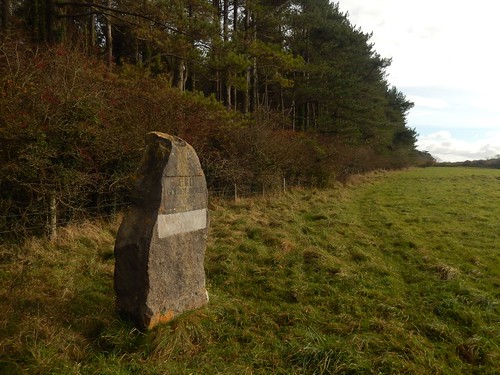 It was on the eastern side that I found it and now, walking south. Definitely outside of the woods, in spite of what the OS map shows. I felt I had made a reasonable effort to get here and, to be honest, I was quite disappointed with this finding. Compared to Backwell’s own, well; it doesn’t really compare, does it? 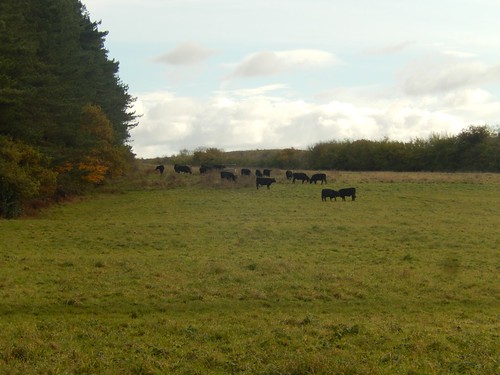 It wasn’t the most idyllic of locations, lacking in views and I wonder whether many locals of Barrow Gurney even now it’s there. Let alone, whether or not they’d attempt a partial day out with a picnic!

There were also cows…  Black cows. Rutting heads together in pairs! While I was able to leave the majority of them behind, one (presumably a bull – if bulls don’t necessarily have horns) raced ahead of me along the path I was following, turned back and I was engaged in an immediate stand-off… So real, I was too afraid to even attempt taking a photo. 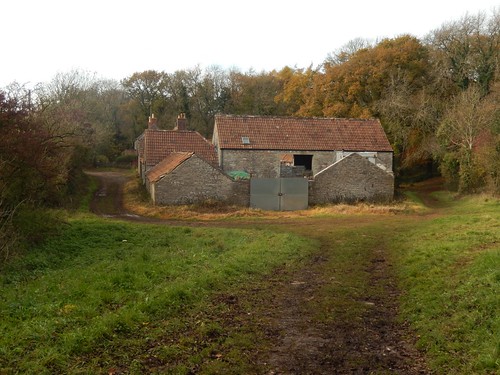 But, I stood my ground, passed without any further issue and was soon returning to Water Catch Farm. Relieved to have survived the encounter; reluctant to ever step in that field again.

From here on, I was walking a return route across Backwell Hill and to Long Lane, where I made a decision to turn left down a bridleway that would skirt the western edge of another quarry. 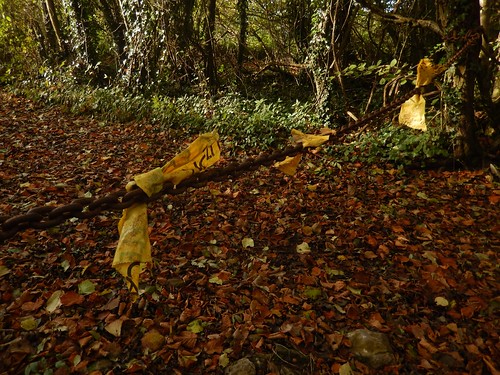 There was a footpath I had wanted to find and follow, somewhere to my right. Unmarked and with a chain partially obstructing the way. That yellow tape warned that an electrical contractor was or had been working nearby. After climbing over, I found the landscape to be less clear-cut than I had hoped for and soon retracted my steps up the bridleway and to the road. 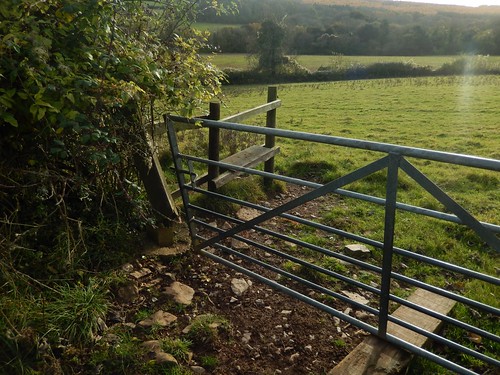 Further down Long Lane, I turned left on another previously-unexplored path, at a point where the road bends right past Home Farm. Finding my way was quite easy – although, I’ve included a photo of an un-openable gate [a welcome reminder, as I’ve not yet reported it] and a stile that isn’t necessary, beyond.

I then retraced my steps across Brockley Combe and uphill towards Wrington, where a group of yokels had managed to get their Land Rover stuck deep within the mud. Not only that but it made the bridleway far less bearable than it had been in the morning. 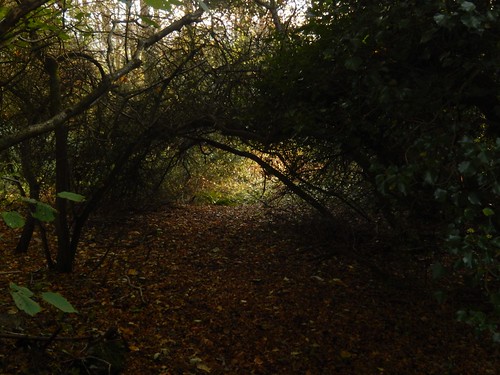 Instead of heading directly home, I took a slight diversion towards Redhill, so that I could investigate a footpath issue near Burnt House Farm, which I had reported several weeks earlier. I first encountered these low-hanging branches on an evening walk during the summer. It still hadn’t been resolved at this time.

But, writing this today, I have since received confirmation from the council that the work has been completed. There is a feeling of satisfaction to be gained from reporting an issue and seeing it improved, due to your initial efforts. 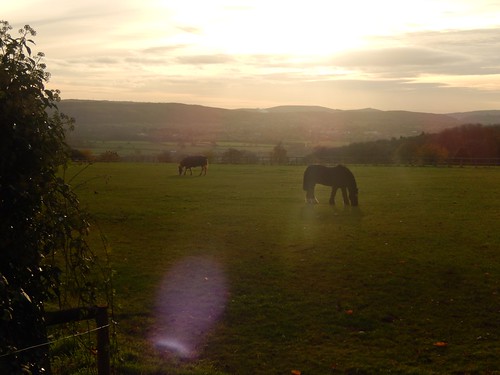 It had been a very good day for an late-autumnal walk. With sunshine to boot!

Total distance of this walk: 14 miles