With one ascent already behind me on this walk, I knew that I still had some climbing to do before I would reach the desired summit of Bredon Hill. 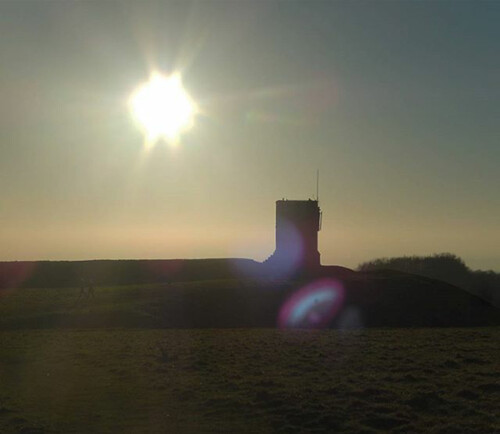 Having lost height en route to the village of Bredon’s Norton, that time was about to come.

As I reached a road corner, I remember hesitating on the way forward, before taking what I’d soon realise was a wrong turn left up along a farm drive and around to the right to join the right of way… Fortunately, the yard was quiet on this day and I walked on undetected to pick up the footpath. 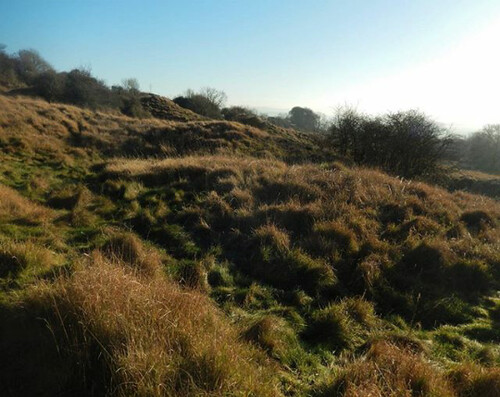 I continued steeply up three or four fields of Norton Park. Between each was a large metal field gate – some of which were ‘not easy’ to open and so, I would opt to climb over (at the hinge-end, of course). Nearing the top, I was on the heel of a couple of other people, who would continue to turn left at this warren-like landscape…

There were no waymarks initially so, I stayed true to my map, continuing ahead before turning back on myself (along waymarked paths) to climb higher still. 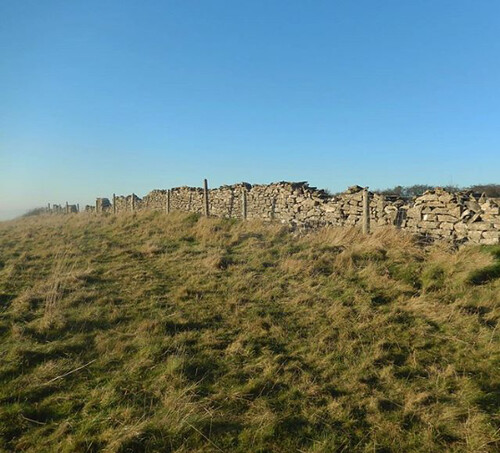 On the approach to woodland near The Warren, there was a dry-stone wall approaching from my left. Following this in my direction, I could see the two walkers who’d diverted from the right of way earlier. Ahead of me now were two other pairs of walkers. I must have been close to the summit! 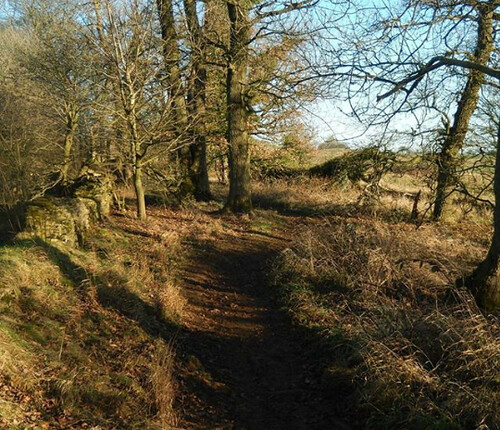 I wonder how many other right of ways may exist here? I read another guided route online that does suggest following a dry-stone wall to the top. 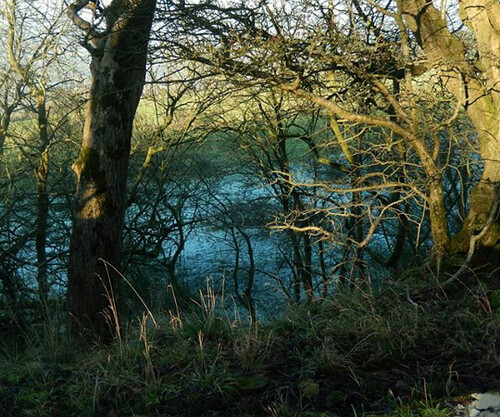 A mountain biker tore past me from the direction ahead, as I followed the clear path through the woods. This section of the walk had been warm and not solely because of the gradient. Down to my left, I could see the frost set to hold its position on the hillside for the remainder of the day. 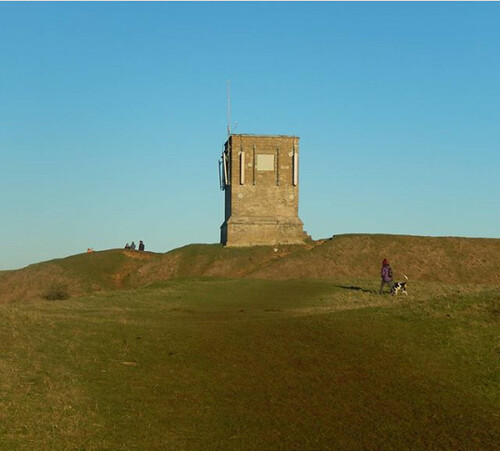 There was no doubt that I had reached the top, when Banbury Stone Tower came in to view, with an increasing number of people surrounding its foundations and the hilltop. 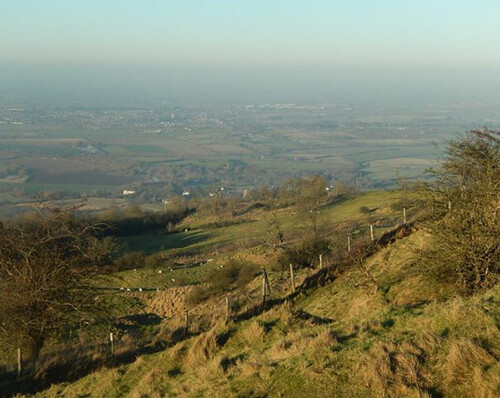 This was around 15.00 – by which time, most of Worcestershire had defrosted as I stood within the warmth of the fading winter sun. It was probably a bit breezy as well, being so exposed. 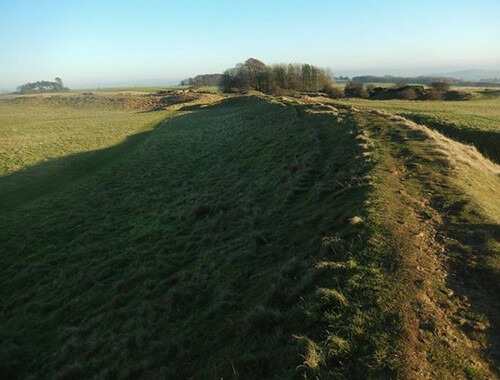 Like many other summits, Bredon Hill was once an Iron-age hillfort known as Kemerton Camp. 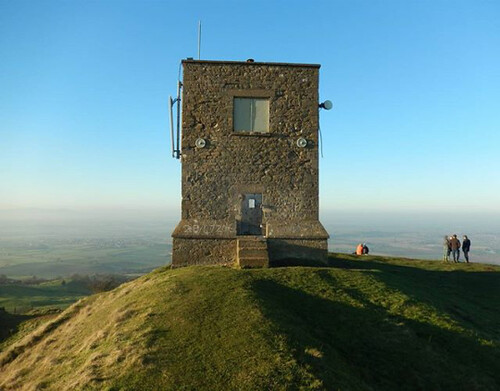 Banbury Stone Tower is also known as Parsons Folly. I neglected to research it ahead of time, so that I could discover it on the walk with a greater element of surprise… My initial reaction upon viewing the structure was that it had been built (perhaps during the war) as a radio communications building…

However, the reality is that it was constructed as a summer house in the 18th Century for MP John Parsons (hence the name: Parsons Folly). I’m not sure how the name Banbury fits in, considering that Oxfordshire is further to the east but, it is also suggested that someone found the inspiration for building Broadway Tower in seeing this one. 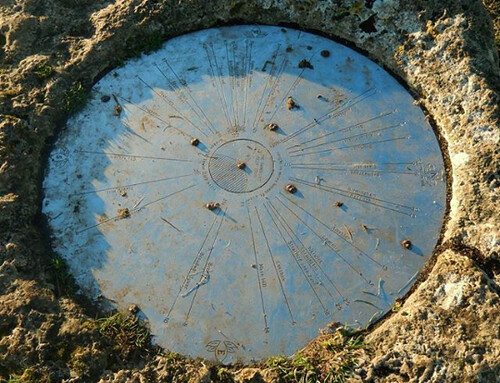 There’s no trig point on Bredon Hill and I don’t know if there ever was. But there is one of these things – I can never remember their official name but I like the term toposcope, which someone recently suggested to me. 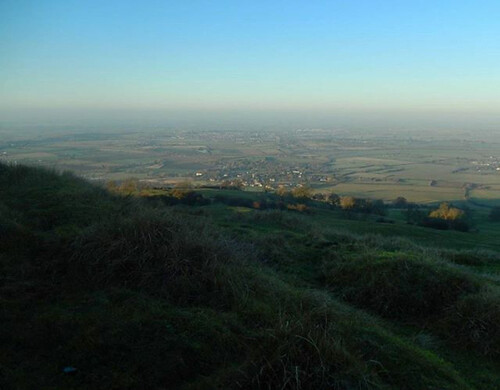 By now, I’d already rejoined the Wychavon Way that I departed from in the first portion of my walk. 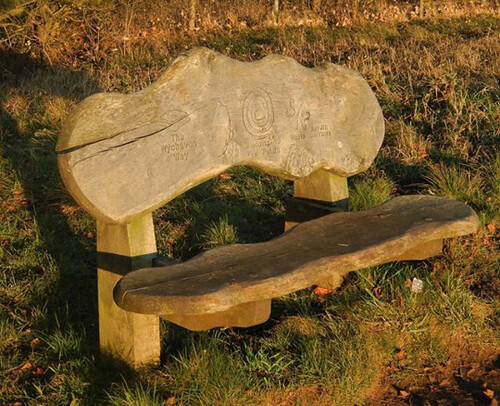 I followed the Way south-easterly and beside the woods of Long Plantation, before leaving via a left-turn behind this carved bench, marking the forty-mile trail. I’ve seen elsewhere that similar benches exist to mark the beginning and end of the Beacons Way in Wales. 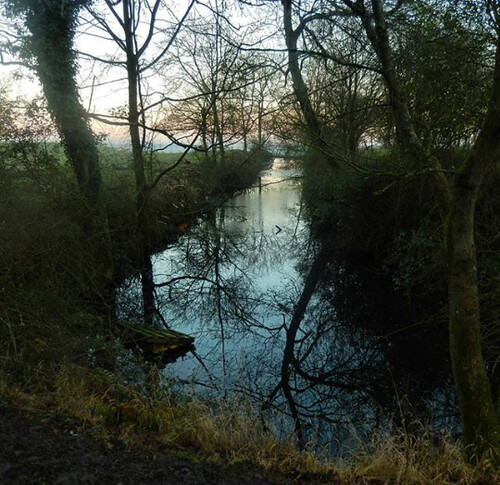 My descent continued, past Fiddler’s Knap, a series of frosted paths that would otherwise have been very muddy and another family making their way back to Elmley Castle. 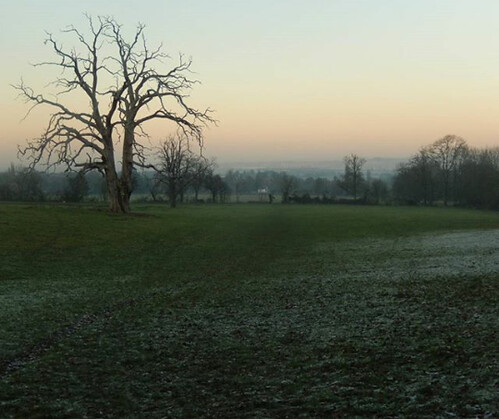 It wasn’t far to my car. While the daylight would barely survive long enough, it didn’t seem to deter a few locals from beginning their last-minute dog walks.

I hope to lead this walk with the walking group in the spring or summer. My only concern right now is the question of car parking. Aside from that, I enjoyed the variety of this walk so much that it’s one I’d like to share with others who might not have experienced it.

Total distance of this walk: 10.5 miles