This would be my final proper walk for 2016 and I’d decided to keep it as a local one. 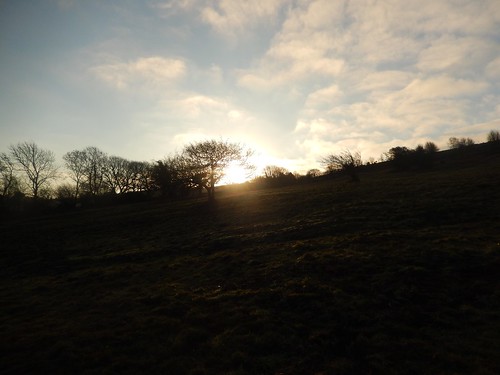 I headed for the Burrington Ham car park towards the top of Burrington Combe and, with an early start close to 9am, I was soon heading off, over the road to cross Black Down.

There was no thorough planning to the route. I set off with an idea of destinations I would like to reach – being local and so familiar, I often do this now, when walking around the western half of the Mendips. 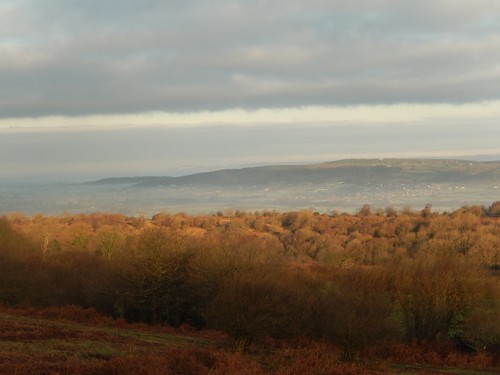 I hadn’t quite beaten the sun rise but it was a chilly day, as expected. Climbing higher towards the summit, I could turn back and see nearby villages surrounded by low cloud and mist. Including my current home of Wrington. 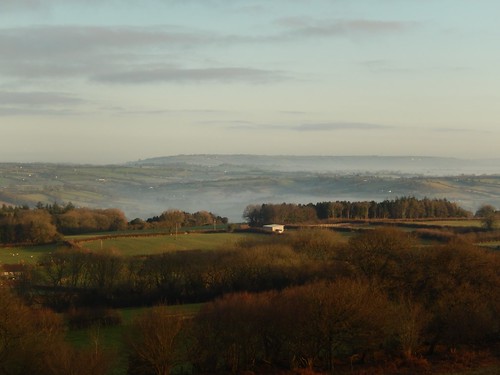 Cloud-covered landscapes had been a theme for several of my walks in December. I was recently talking with a friend about a desire to one day witness a cloud inversion – this is about close as I have come.

In truth, you’d probably have to be a lot higher than 300m above sea level to stand a better chance of experiencing it. 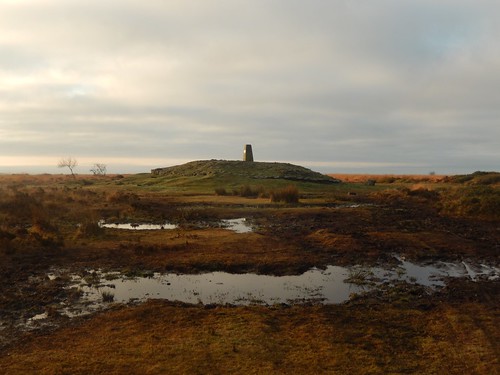 It was a muddy walk to the trig point at Beacon Batch but, I almost had the hill to myself. A trail had already passed me and taken his selfie before I arrived. You would have to get here early on a Saturday, before the mountain bikers, picnickers and other walkers arrive. 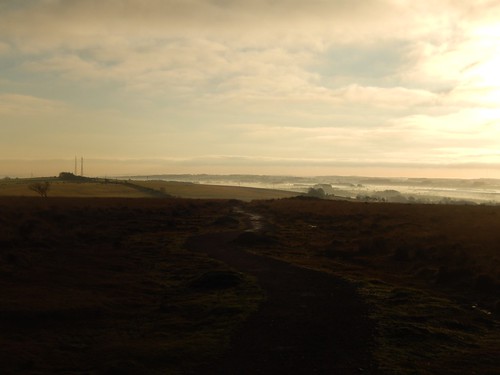 From this vantage point, I could see the cloud covering extended south and east towards Wells, with Shepton Mallet somewhere beyond.

Descending the hill now, I picked up a path running south along the eastern edge of this Open Access Land. It’s a way I’d not walked for a few years and it does get a bit boggy in places, where you cannot closely follow the stone wall. 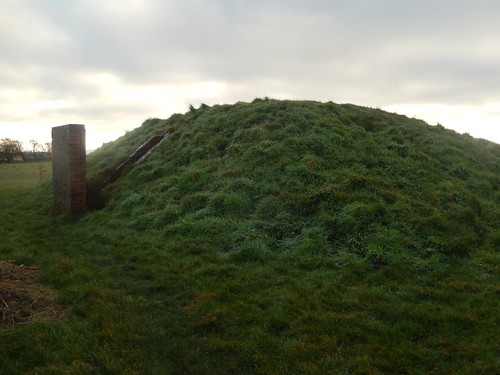 Continuing downhill towards the road, I passed one of the two decoy bunkers that exist on the south side of Black Down – these were built and lit up during World War II to deter German bombers away from the city of Bristol, some miles to the north. 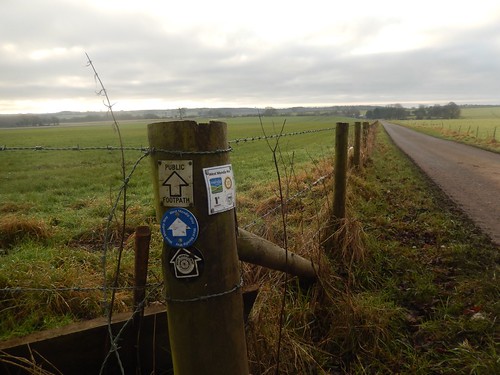 I soon picked up the West Mendip Way, en route past Charterhouse Farm. It was to again see new waymarkers in place, as I had done days earlier on a walk starting in Priddy. 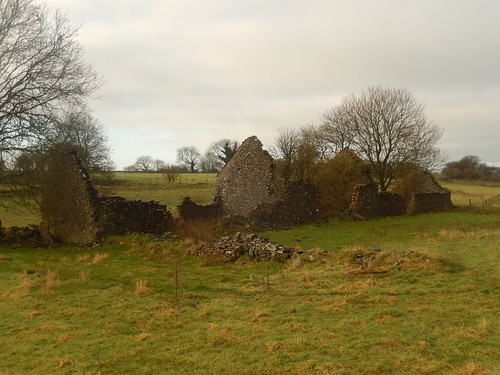 Remains of a stone building can be seen on the right. I’ve never found out what its purpose was although, it’s probably related to farming. Similar structures can be found across the Mendip Hills, if you know where to look. 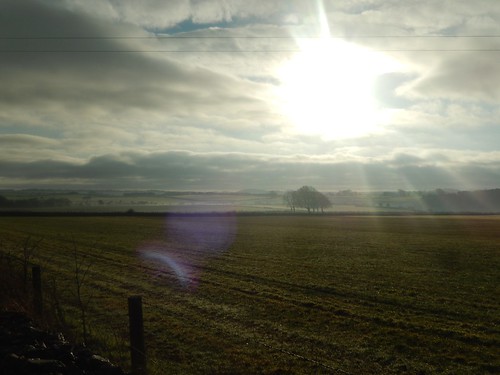 Sunlight was breaking through the clouds, as I continued my walk towards Cheddar. 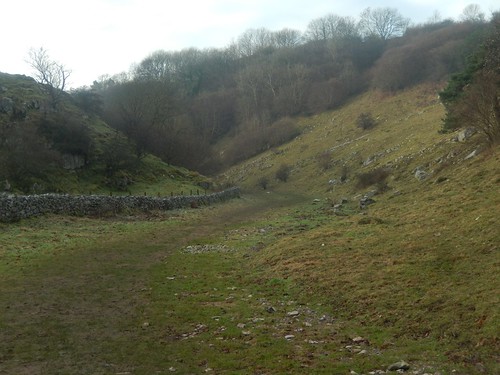 I left the West Mendip Way near Black Rock and at a junction with Velvet Bottom. This was the beginning of my return to the car. I was very close to Cheddar Gorge here and, while Black Down had been quite, I imagine there would’ve been a number of visitors exploring the gorge. 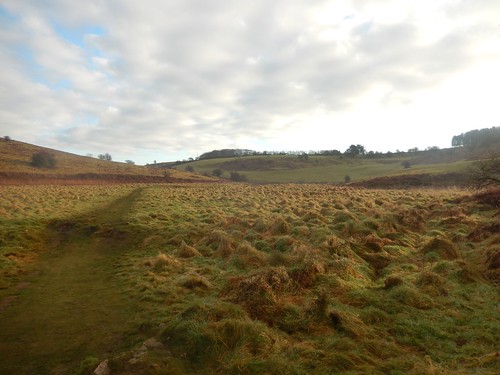 I always find Velvet Bottom to be a pleasant place to walk. There’s no serious gradient and the landscape appears to run on. I would eventually cross the road and continue on through Ubley Warren Nature Reserve. 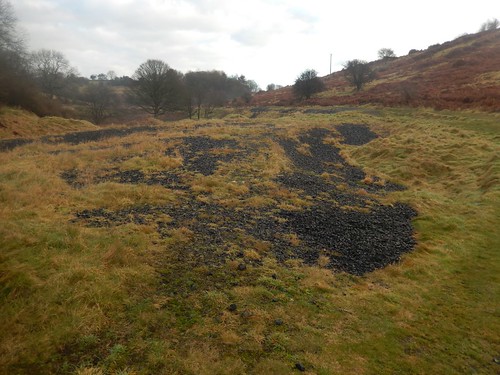 A history of mining exists throughout this space. 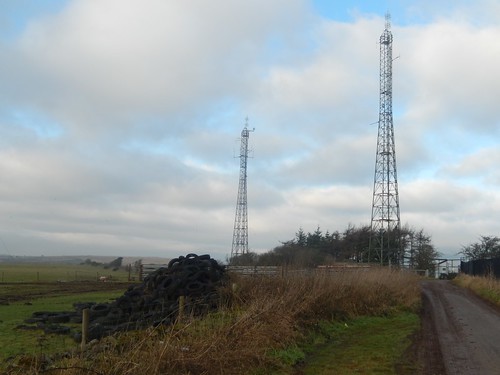 Before reaching Blackmoor, I turned left away from the reserve and up to a road near Charterhouse. From here, I followed Rains Batch up towards the wireless station, on my return to Black Down. 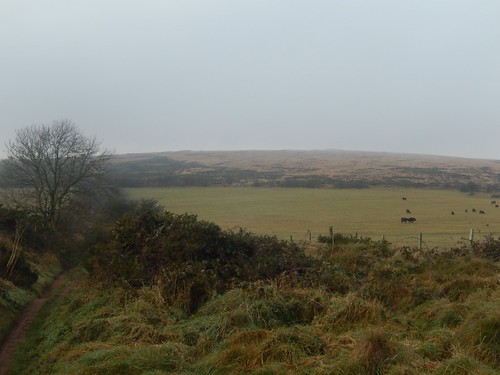 It looked as though cloud was beginning to cover the hills, as the threat of rain moved closer. 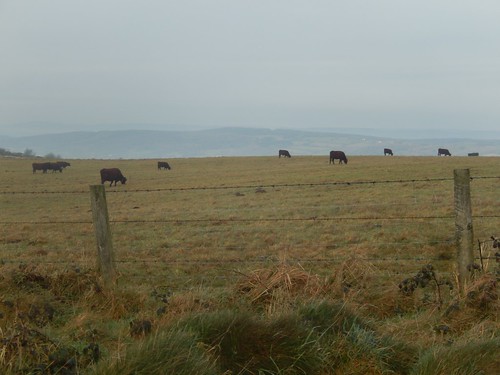 Again, I was bemused by the presence of cattle in December (albeit, in a private field with no right of way). 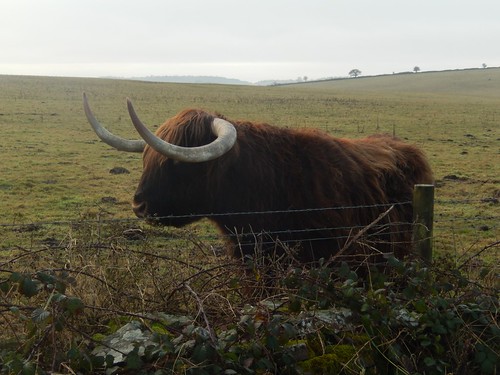 A rather large male specimen of Highland Cow paused to pose for my camera, in the field to my left. 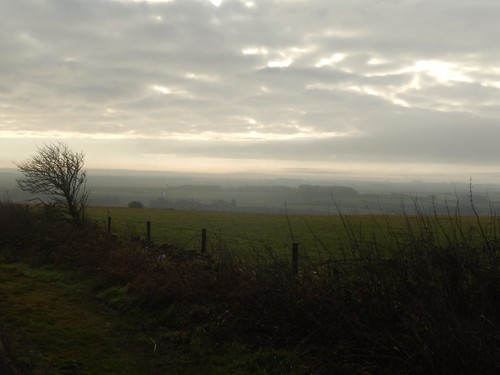 I followed the eastern contours of Black Down to retrace my outgoing route. As I reached my car, rain began to fall. While this walk had been a short one, I felt grateful that I had been outdoors, beaten the rain and still had a lunchtime and afternoon to spare.

Length of this walk: 7 miles